Welcome back! Today we're looking at some more cool Goodwill finds I brought home to celebrate this Halloween season! 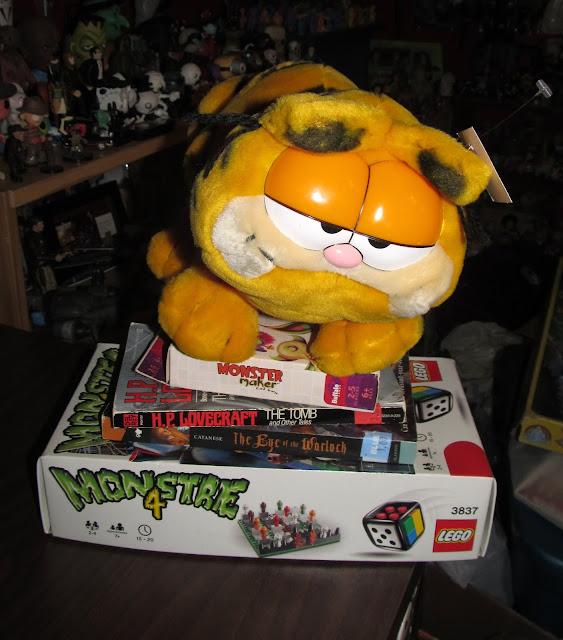 Just a small pile of items today, so here's your first glimpse... Let's dig in! 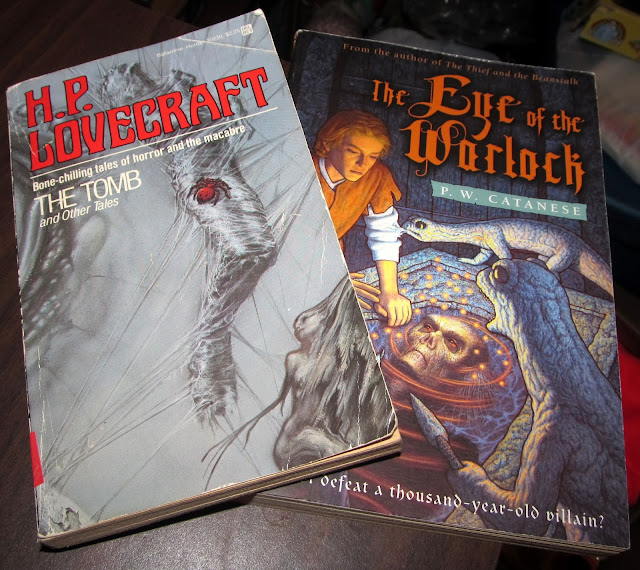 A couple of book pick-ups include a collection of H.P. Lovecraft stories in "The Tomb and Other Tales" and "The Eye of the Warlock" by P.W. Catanese. I read "The Thief and the Beanstalk" by Catanese, and really enjoyed it. This Eye of the Warlock book is somehow related to the tale of Hansel and Gretel in the same way the other book was related to Jack and the Beanstalk. 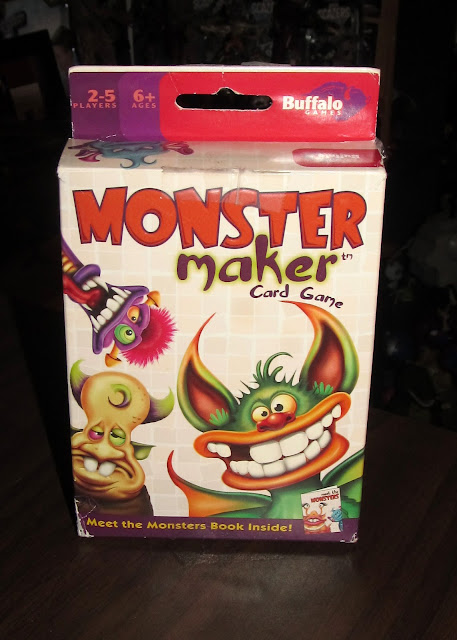 Next up we have this Monster Maker card game from Buffalo Games. This one looks like fun, and one I can maybe even play with my kids! 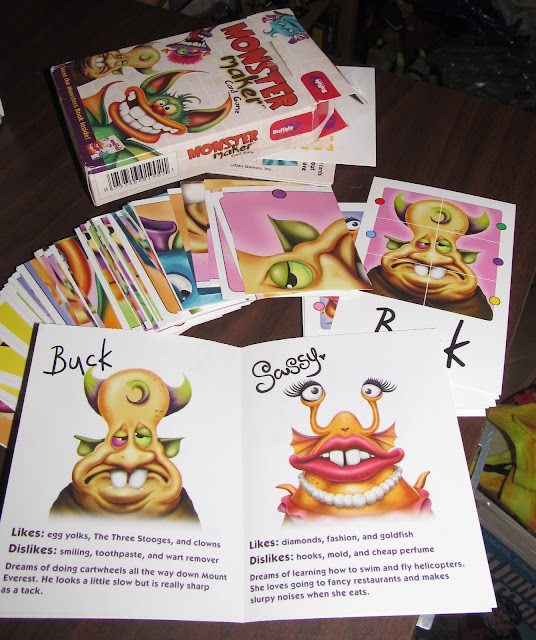 Each of the 5 monsters you try to assemble as a part of the card game gets their own biography that lets you know a little bit about each of their likes and dislikes. 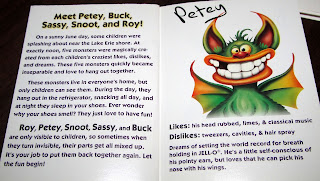 Can't wait to try this one out as it looks silly and fun and not too hard to learn. 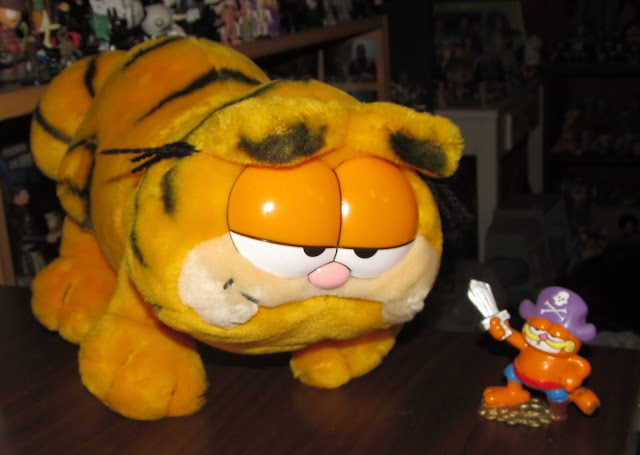 I also brought home a stuffed Garfield toy because I almost never say no to Garfield. He is such an integral part of my childhood and of my Halloween that I consider this guy to be a bit of a Halloween decoration in and of himself. Here he is sizing up my little Halloween Garfield PVC figure (I got that on eBay and he is a German import apparently... that figure is one of my most prized possessions.) 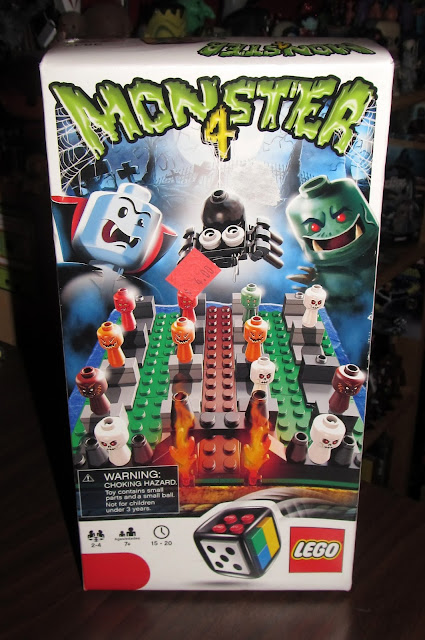 Finally, I picked up a copy of LEGO's Monster 4, which was miraculously COMPLETE! No missing pieces or materials whatsoever! 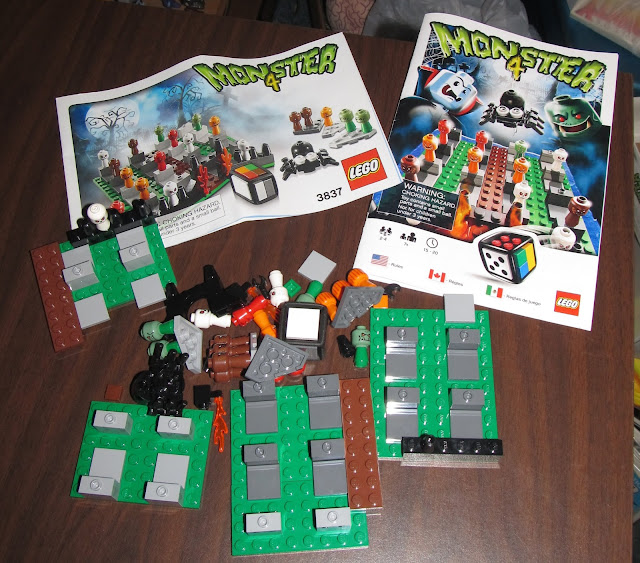 The game was already mostly assembled for me, so it didn't take too much effort to get together.

I figured that even if I didn't end up liking the game, I could use all of the monster heads included in the box as game pieces to build monster mini-figures, and there would be no loss either way.

Turns out, the game is pretty great, and simple enough that my 4 year old picked up the rules very quickly and BEAT ME two out of three times! Turns out it's a slightly more complicated version of Connect Four. 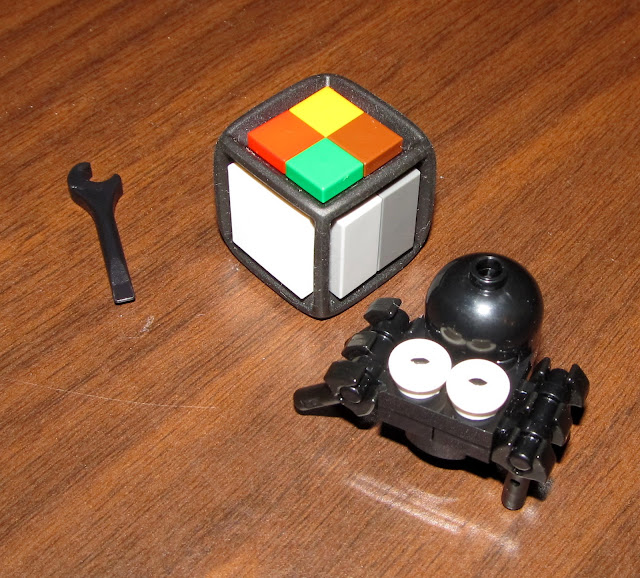 There's a die you piece together, and a spider that hops around the grave yard, scaring your monsters away. It's a lot of fun, very fast paced, and can be as simple or complicated as you make it, depending on what you roll and where you place your pieces. Very happy I picked this one up for several different reasons!

That's it for today kids! But I'll be back soon with more Grody Goodwill Goodies! Until then, Happy Haunting!

I'm doing this countdown as a part of the official Countdown to Halloween, so be sure to pop over there and look and see who else is participating this year.
Posted by Derek Ash at 4:16 PM