Countdown to Halloween Day 12: The Brewer Witches and Alien Resurrection

Hello ladies and gentlemen! It's day 12 of my Countdown to Halloween here on the blog, and today I want to show you some Halloween-y finds I brought home from the Brewer, ME store just a few weeks back. 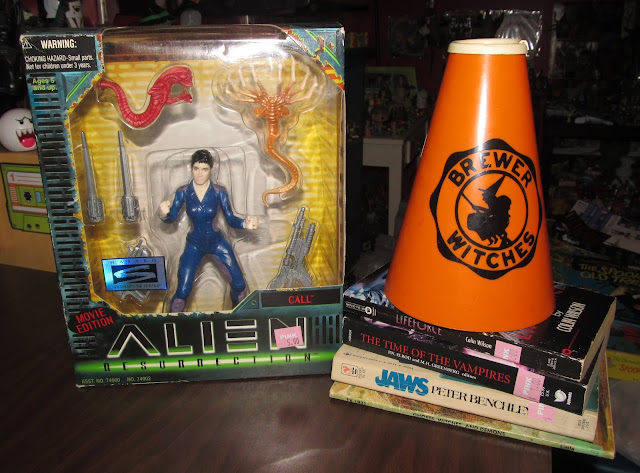 Here's a quick look at the whole pile of stuff. Without any further ado, let's start digging in with a look at some of the book finds. 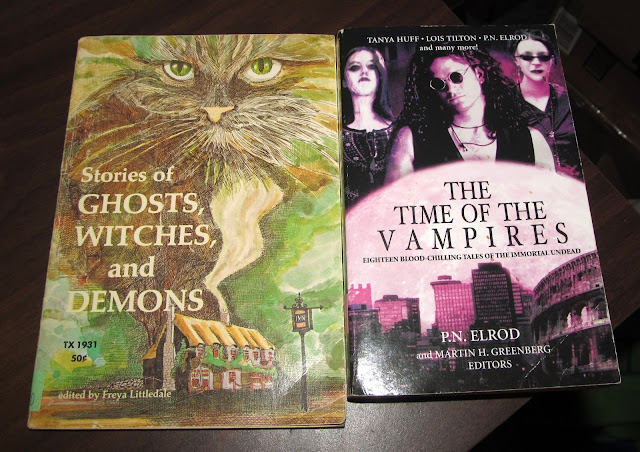 "Stories of Ghosts, Witches, and Demons" was intended for the Halloween pile, but I don't know if I'll have time to fit it in at this point, to be honest. "The Time of the Vampires" looks a little sketchy to be honest, and I'm definitely not trying to get to it this year. It kind of looks like it might just be a collection of vamire stories for fans of the Sookie Stackhouse and Anita Blake books... and while I'm not against those in any way (I was a Southern Vampire fan for a few books before I got a bit bored or burned out or both) I'm just not sure t's worth me panicking over this year. Maybe next year. 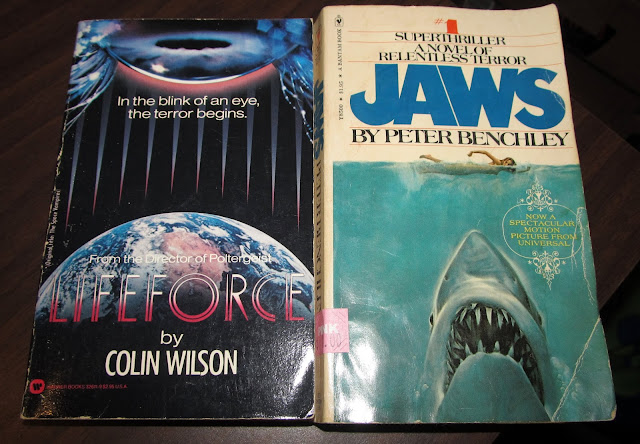 But then, speaking of next year... I am seriously toying around with the idea of populating a Halloween Read Pile with nothing but horror movie novelizations. I Just might try it. With "Lifeforce" and "Jaws" here, and the healthy pile of books I've managed to accumulate, I'm certainly off to a good start. 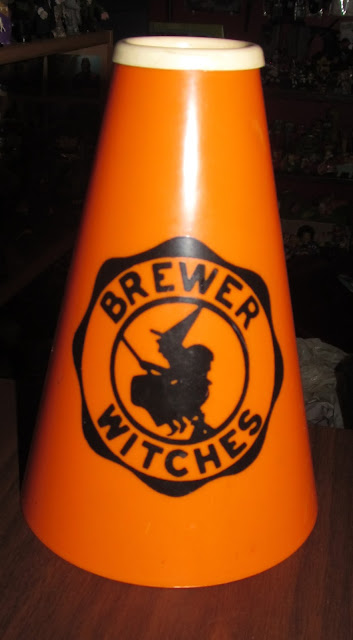 I was delighted to find this megaphone of the Brewer Witches in a nice Halloween-y orange and black. This is indeed the mascot of Brewer High School, the same town where this Goodwill is located. I did a quick search to see if there is any background on why the school chose a witch as its mascot, and came up fairly empty handed. But it matters not! This thing has some nice local flair, and lends itself to this time of year nicely. 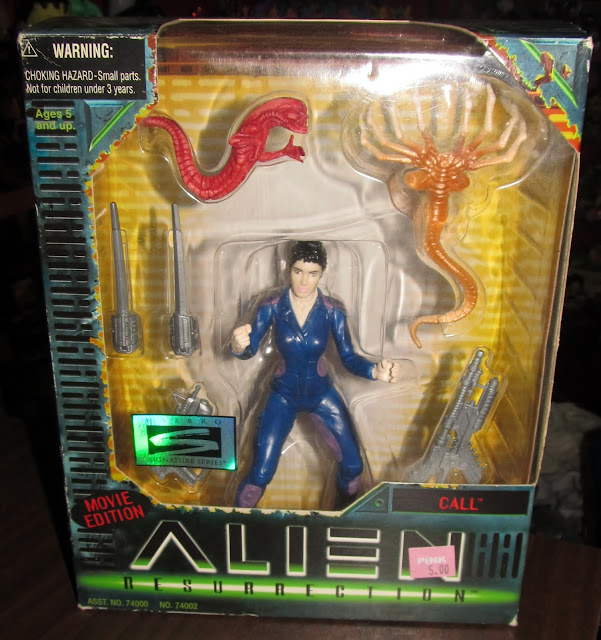 Finally... This. I bought this. As you can see, I paid FIVE DOLLARS for it. Friends of mine told me I sorely overpaid for this item, and I kid of agreed, even as I was debating this purchase in the store. This is a "Call" action figure of Wynona Rider's character from "Alien: Resurrection". But here's the thing: I don't actually hate Alien Resurrection as much as everybody else seems to. I kind of liked it in fact... or at least as far as I can remember. I liked the new Ripley. I liked Call. Storywise and tone-wise it veers wildly from the track of the first three films... exactly the way all three of those films differ wildly from one another storywise and tone-wise. The first movie is a slasher flick. The second one is a sci-fi war movie. The third is a prison film. And Resurrection is... well it is what it is. 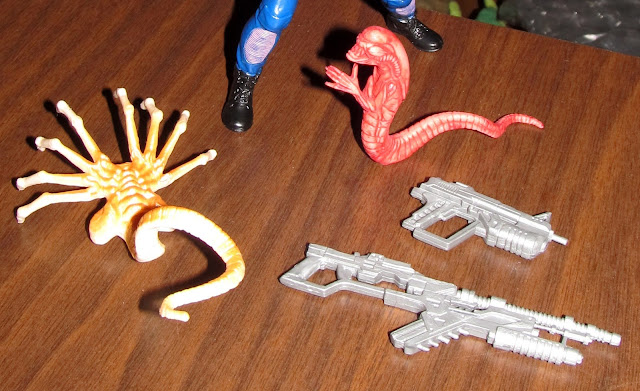 Plus dig these accessories! We have a face hugger splayed out and aggressive looking, and a chest burster baby alien! Plus some nifty guns too. 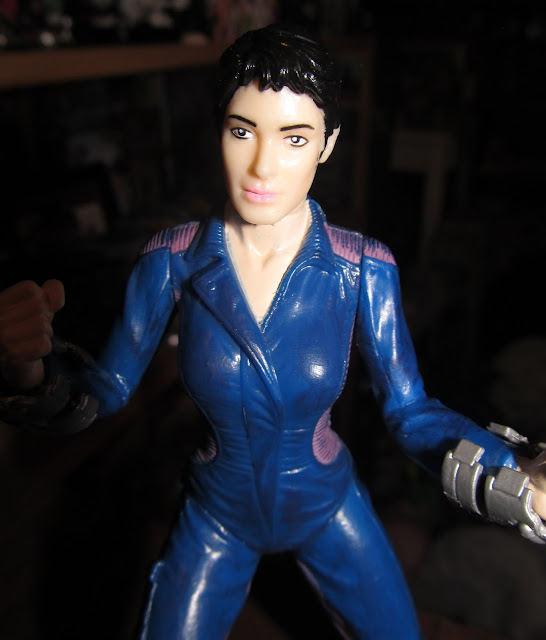 The likeness isn't 100% selling me that this is a Wynona Rider action figure, to be honest, which is a little disappointing. But at least maybe I won't have to worry about it shoplifting all my stuff. 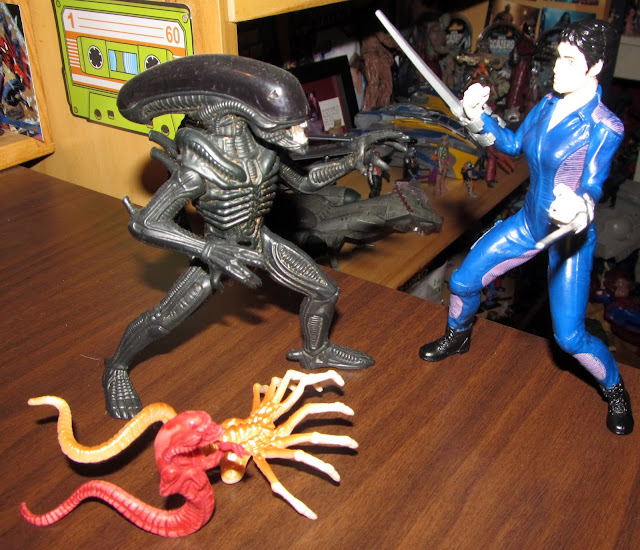 In this scene she says the classic line "Aren't you a little short for a xenomorph?" I was a little disappointed to discover Call is much taller than the xenomorph figure I have in my collection. Ah well, c'est la vie. I don't remember those wrist spikes being a thing in the movie. Am I crazy? Did she have some sort of wrist spike thing she used to interface with computers maybe?

Anyway... that's it for tonight kids! I'll be back sooner than you can say "Wait, did he just say he LIKES Alien Resurrection!?" with more Gibbering Goodwill Goodies! Until then, Happy Haunting!

Remember, I'm doing this countdown as a part of the official Countdown to Halloween, so be sure to pop over there and look and see who else is participating this year.
Posted by Derek Ash at 4:52 PM