Countdown to Halloween day 30: The Very Last of the Halloween Goodwill Finds Posts for 2015

Well... this is it folks! The last Goodwill Finds post of the 2015 Countdown to Halloween! I'm not too sad though, because there's always next year to look forward to, and with the end of the Halloween season I get to go back to looking for items in general that tickle my fancy. Halloween, like all good things, must come to a close. 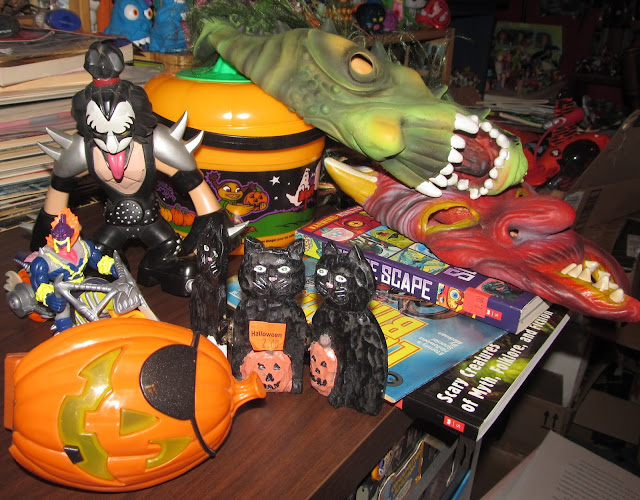 I have to say too, that I think for a post I wasn't sure I'd even be writing, since I just found all this stuff last weekend... I kind of saved the best for last. Here's a shot of the whole pile, (anything that was actually in with the Halloween merchandise was 50% off) so let's dig in! 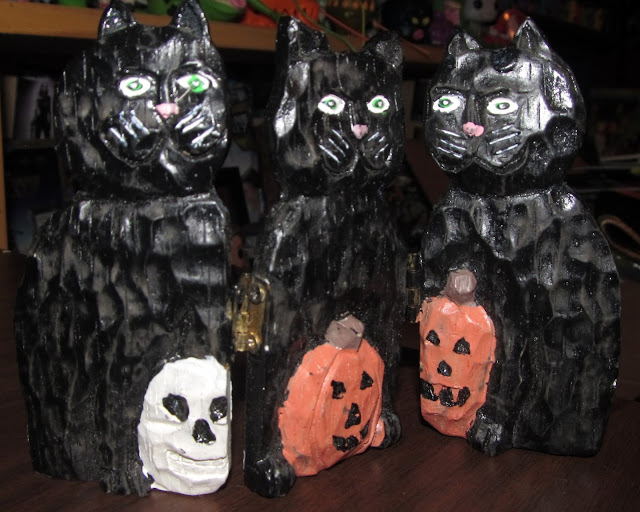 First up this little folding screen-thing made up of three black cats. I kind of wish they hadn't done two pumpkins and a skull. Wouldn't a skull, a pumpkin, and a witch have been cool and colorful, and reminiscent of Halloween III? Either way, I think these cats are cool. Serene, majestic... almost stoic. 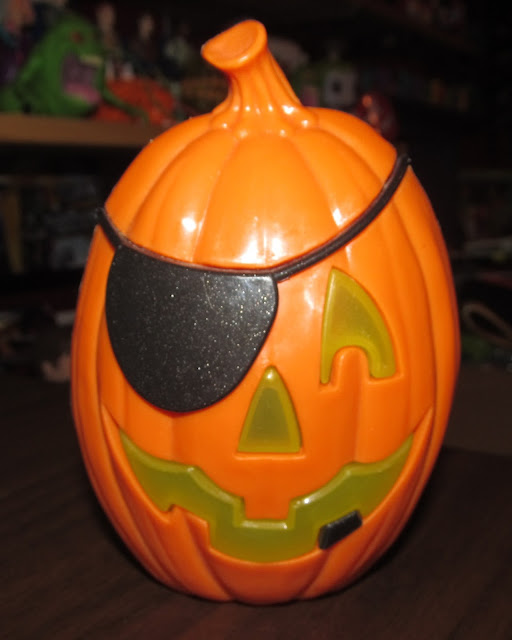 When I picked this up I thought it was a night-light, but then I realized it was actually an air freshener. I love that he's got an eye patch! He's practically a pirate jack o' lantern! 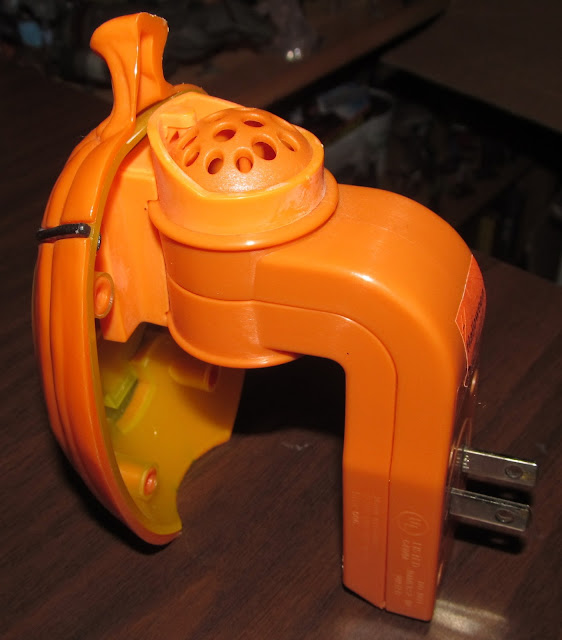 I think they sell the filling for these at Bath and Body works. I'll have to see if they have some pumpkin spice ones. 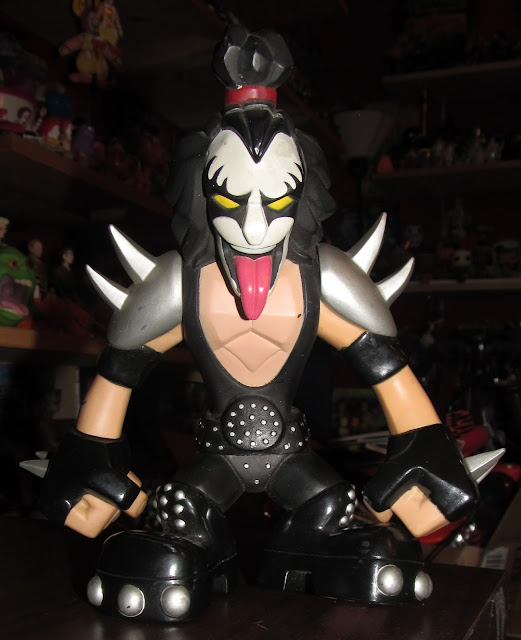 This was a surprise! I was really hoping to find the entire set of KISS band members in vinyl toy form... but all they had was The Demon, Gene Simmons! He's pretty much the one you want to find if you're going to find one though, so no complaints. Ever since seeing KISS on the Paul Lynde Halloween special this season, I can't NOT think of KISS as a Halloween band! 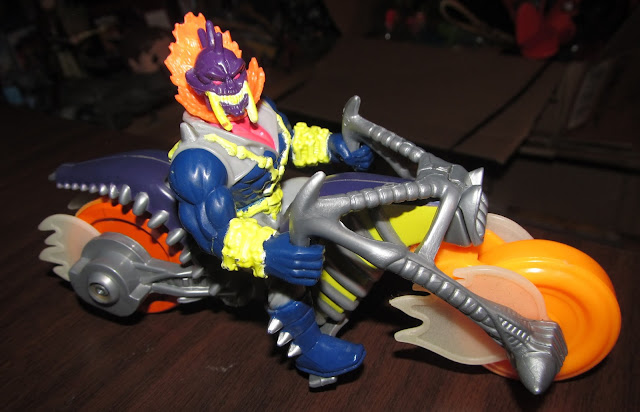 This is Ghost Rider's red-headed step-child, Vengeance! He's on one of those bikes that is supposed to have a ripcord to rev up the bike before you set it off on the floor. As an unabashed lover of s**tty 90's comics, there is a soft spot in my heart for ol' vengie here. He's one of the Midnight Sons characters, and he's basically Ghost Rider on bath salts. Plus the colors here are just perfect for the season! 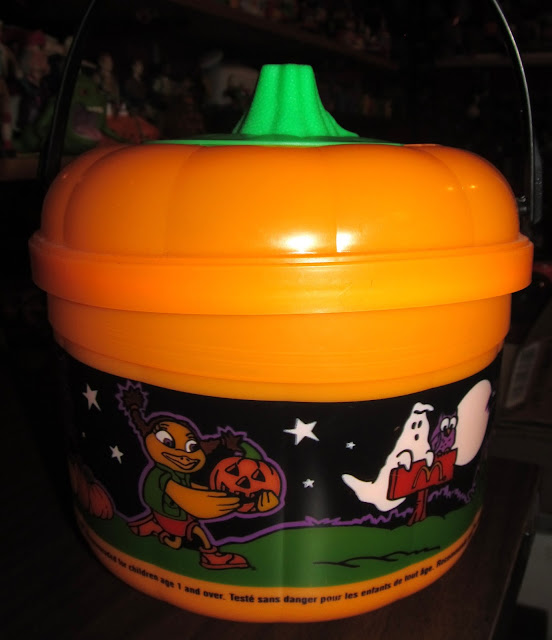 I was pretty excited to find a McDonald's Halloween pail that features the McDonaldLand gang circa 1999. I was pretty chuffed to see that the lid is intact, the handle was on there... and this thing is in great shape! 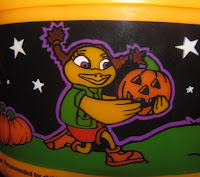 While I'm not a huge fan of the pails as they creep closer and closer to modern day, THIS bucket features both Birdie and Grimace in that animated style they were doing for the "Wacky Adventures of Ronald McDonald" at the time. 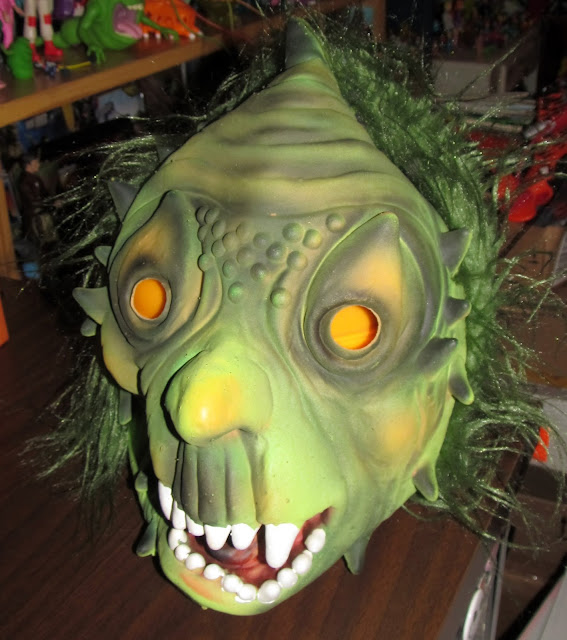 I know next to nothing about vintage Halloween masks. Like how to even tell if they are, in fact, vintage. But these two masks just look way too old, and way too oddly familiar for me to leave them behind. I'm using the McDonald's trick or treat pail here as a model, which I think lends an appropriate level of eeriness to the eyes that I really like. This green guy is just absolutely gorgeous. 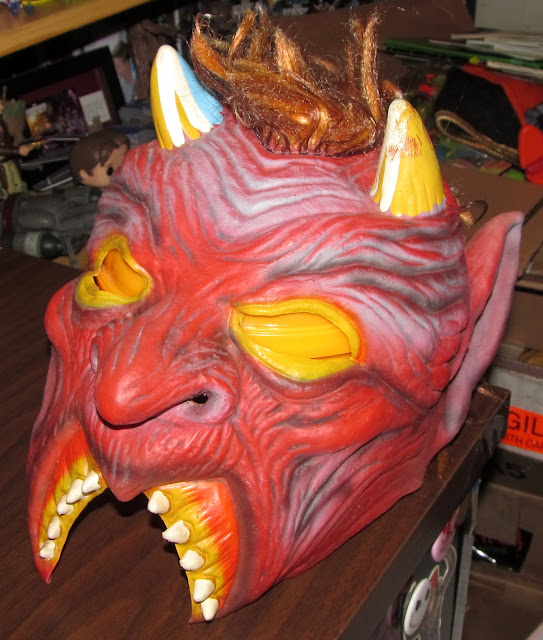 I should mention that both masks do actually have markings near the bottoms that should be telling me what the companies are that made these. This might make it easier for me to trace them to a specific time period... but unfortunately they are impossible to read. So... no dice. This devil guy's mouth opens up sideways I guess? Not sure. I love the use of blues and yellows here to make the red look crazy bright. Both of these masks stink like old Halloween masks should. Just smelling their weird cheesy gasoline odor takes me back to the Halloween section of Ames as a kid. 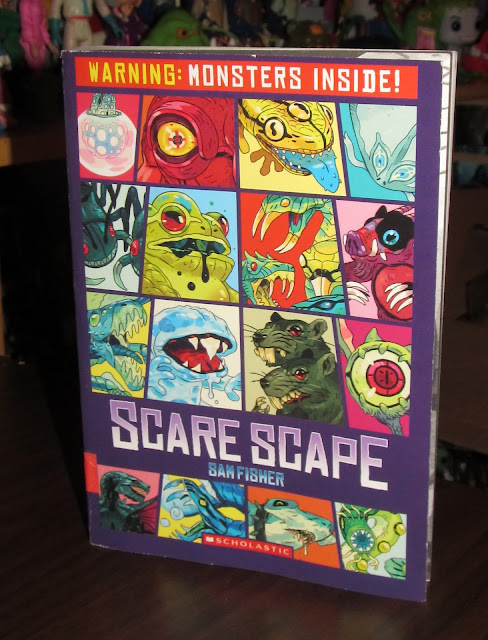 This is another interesting looking book about monsters that I may save for next year's Halloween Read Pile... or I may just read it now. Not sure. But "Scare Scape" by Sam Fisher looks like fun. 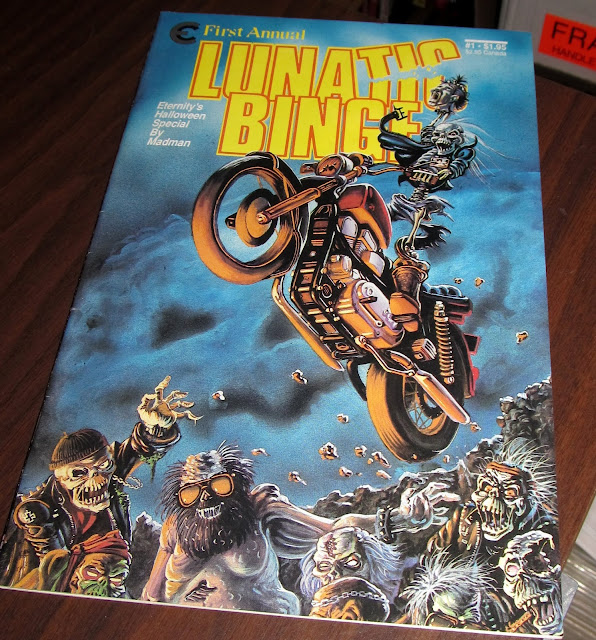 I was pretty excited to find this comic book, which is a cheap, indy comic done by creator "Madman" and is touted as: 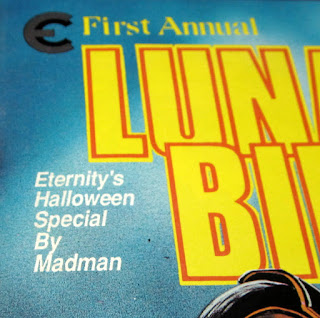 "Eternity's Halloween Special" which I realize now is the name of the publishing company. "Lunatic Binge" is kind of fun, but kid of rough around the edges. We're talking super cheap end of the old indy comics pool here. It's mostly fun to own for the novelty's sake. 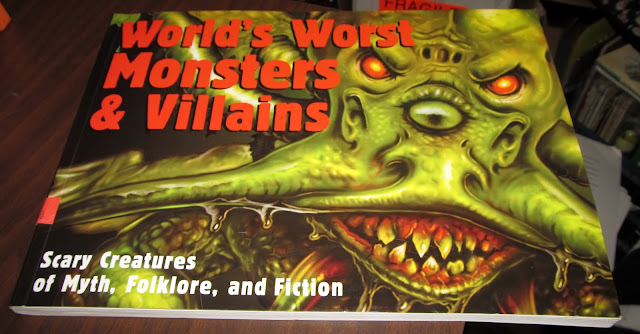 This was another fun find! "World's Worst Monsters & Villains" is another of those weird compendiums that collects monsters from movies, cartoons, myths, fairy tales, video games... whatever, and includes them all with equal fervor... and a equal lack of correct information. 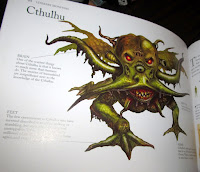 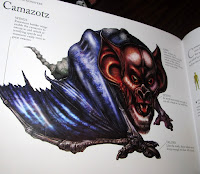 But it's fun to flip through and look at! Here are some particularly monstrous entries in Cthulhu himself and something vampire-y called a Camazotz. If you're an RPG enthusiast like I am, these kinds of books are our bread and butter.

Well that's it kids! I'll be back one more time for this countdown with a final wrap-up post to see us out of the countdown! I won't be hibernating this year during November before my Creepmas and Christmas countdowns in December... so I'm not really going anywhere! Ummm... anyway...

I'll be back soon with more Goonie Goodwill Goodies! So until then, Happy Haunting!
Posted by Derek Ash at 1:29 PM