Welcome once again to the Countdown! Day 20 marks our final descent into the bottom third of the month, leading us into the final 10 days before Halloween arrives. Since this is such an auspicious occasion I thoight I'd show you some more junk I picked up at Goodwill in order to celebrate! 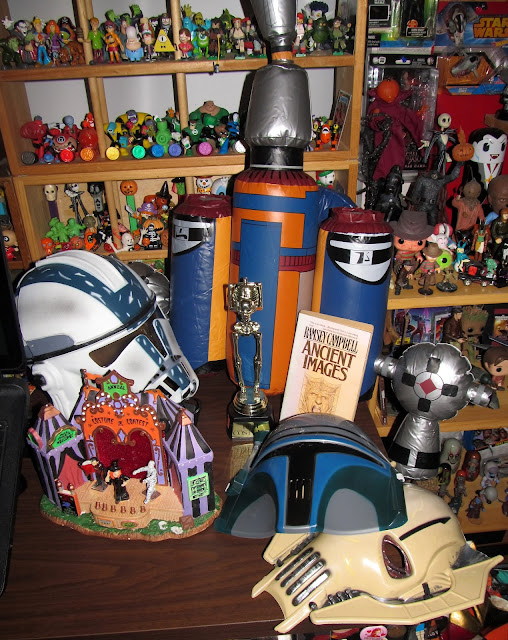 Here is the pile of loot in all its glory. Shall we tuck in and see what there is to see? Very good. 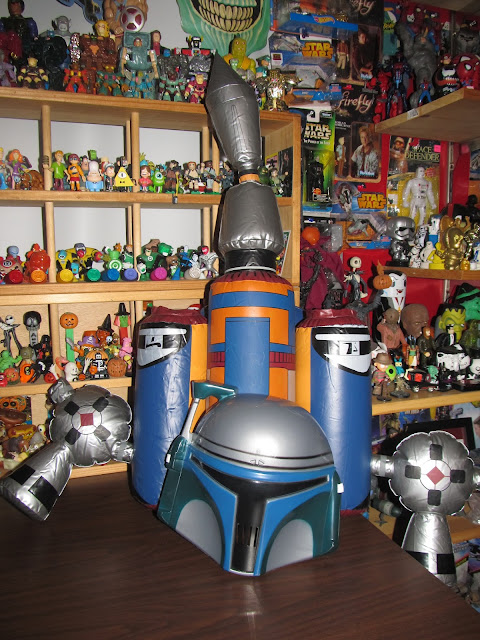 A heavy Attack of the Clones theme running through this lot of stuff, and I'll open it up with this Jango Fett mask and inflatable jetpack combo that had my boys pretty excited. They know Jango mostly from the Star Wars LEGO game, and one chapter book I read to them about Boba Fett's childhood that features Jango prominently as his dad through the first half. They know this guy is the Dad to one of the most prominent Star Wars villains of all time... and they love him for it. 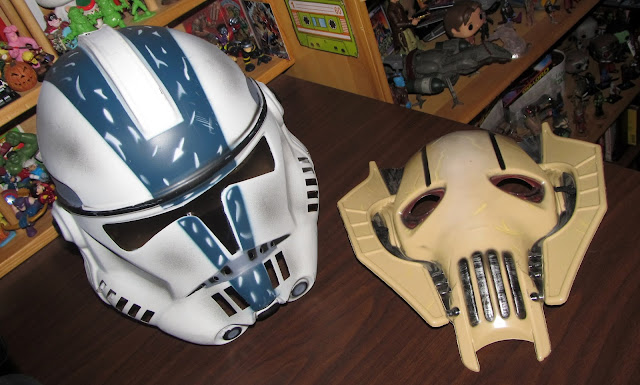 Also in the mix were this Clone Trooper helmet and General Grievous mask. There were a few other offerings to be had, such as a hard plastic Anakin Skywalker mask and an incomplete rubber Cad Bane mask, both from the Clone Wars cartoon... but I decided enough was enough and picked up these four items. These were the ones I knew they'd appreciate anyway. I've never seen Attack of the Clones to be honest, and only a couple of clips from Revenge of the Sith... so I've never seen Grievous in action in the films... but I have watched some of the Clone Wars with my kids and I have to admit to like Grievous at the very least as a visual. The prequels era had some distinctive looking villains going for it, even if they were all criminally misused. Maul and Grievous, and I am a fan of the previously mentioned Cad Bane as well. Not enough to love the prequels or anything, but enough to wonder what could have been had the plot, writing, characterization, acting, and EVERYTHING been as equal to some of the awesome visuals. 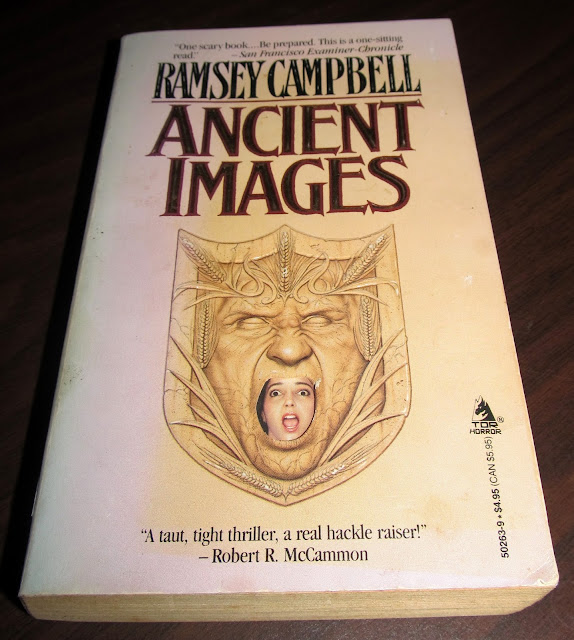 I almost passed on this book, even though it's a Ramsey Campbell novel, and I have in recent years grown to appreciate his work... the cover just looks kind of dopey to me if I'm being honest. But then I read the back cover...

A horror novel based around a cursed, never-released Karloff/Lugosi film? Say what? I knew as soon as I read this that if I did not bring this home I would regret it forever. This is probably going in next year's Halloween Read Pile, if I can wait that long.

This stinking thing is hilarious but also incredibly hard to photograph clearly. I think the two shots I have of it here are clear enough to get the point across though. This is a Best Costume trophy that features a decapitated skeleton holding its own head! 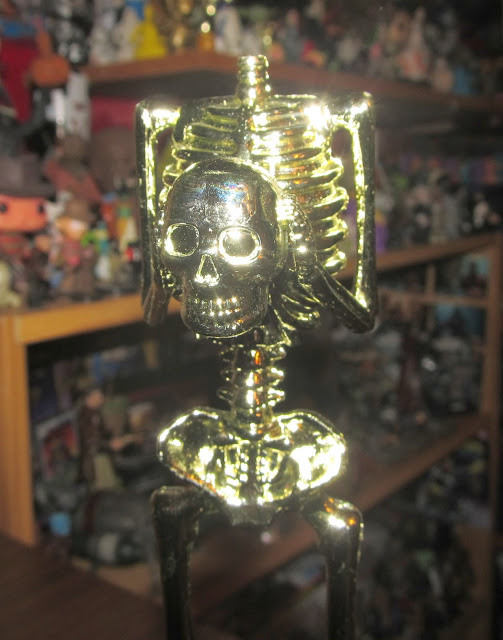 It's like a Halloween Oscar! I felt a little weird buying myself a discarded trophy... but it's just so clever that I had to have it. 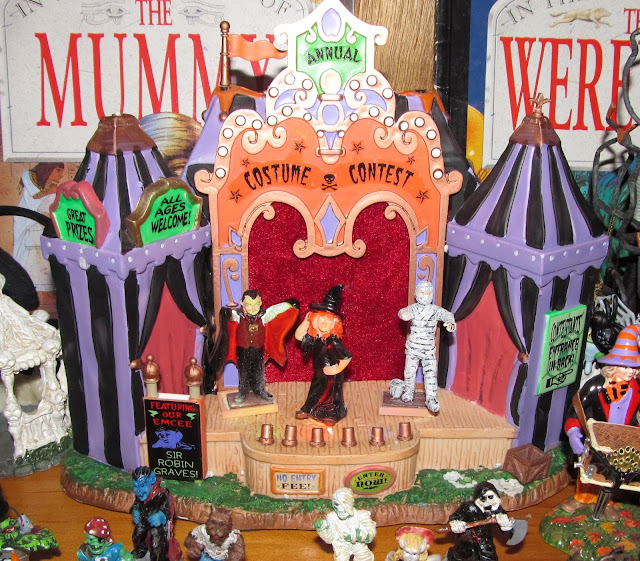 And speaking of costume contests... I picked up this piece for my Halloween village! And the good news: It works perfectly! There are lights, an announcer's voice ("Featuring Our Emcee Sir Robin Graves!") introducing all three of the contestants on stage, and all three characters move on stage! The vampire and mummy pivot left to right back and forth, while the witch spins in a circle, round and round. This thing is probably the biggest piece in our Halloween village, and it really classes the whole thing up. (There'll be more of the village featured in a future post)

That's it for tonight kids, but I'll be back soon with more Gargoylesque Goodwill Goodies! Until then, Happy Haunting!

Remember, I'm doing this countdown as a part of the official Countdown to Halloween, so be sure to pop over there and look and see who else is participating this year.
Posted by Derek Ash at 9:30 AM