Countdown to Halloween Day 16: Ceramics and Blow-molds and Wax! Oh my!

I would like to officially welcome you to the hump day of October. We are officially halfway to Halloween! To celebrate, let's look at some crap I picked up second hand for the season! 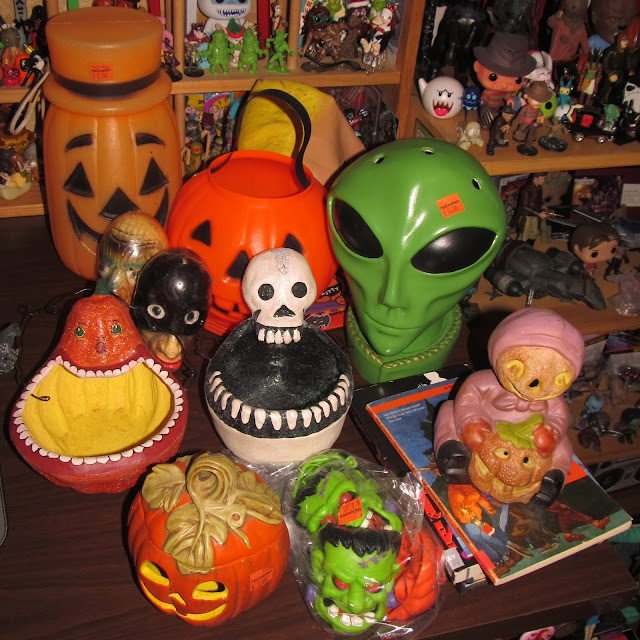 Here is my obligatory loot pile shot. Let's paw around in it to see what's in there though, okay? 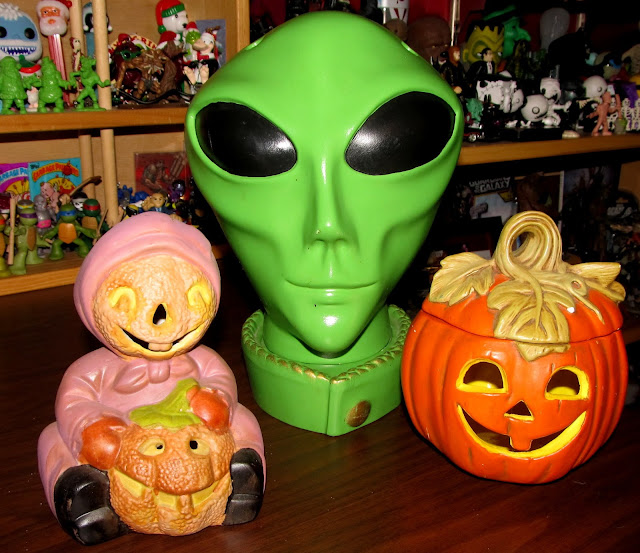 Let's start with the ceramics. I think I love the pumpkin headed child holding the pumpkin between its legs the best. It has a weirdness to it that feels a little cute, but also a little eerie as well. The big green alien head is an incense burner where you put the incense in the tray under the alien's head and the smoke drifts out three holes in the top of its head. I'm not a huge alien fan to be honest, but LOOK AT THIS THING. How could I not bring that thing home? And look how sincere that pumpkin on the right looks. Sincerity as far as the eye can see. Had to buy that cute little guy. 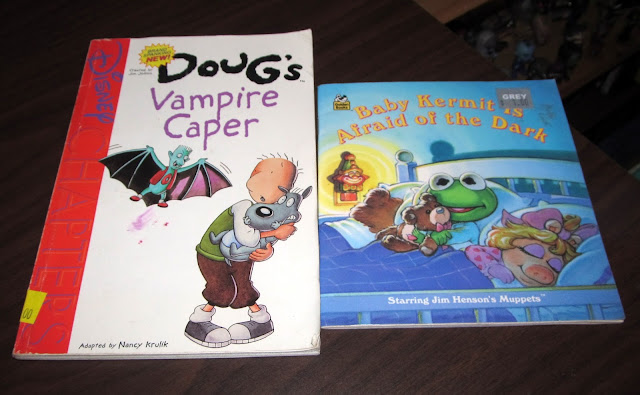 A couple of cool licensed kids' books with some Halloween themes to them. "Doug's Vampire Caper" takes place on Halloween, and involves Doug genuinely believing that his middle school friend has become a vampire. While Baby Kermit is apparently Afraid of the Dark. Can you blame him with that night-light? 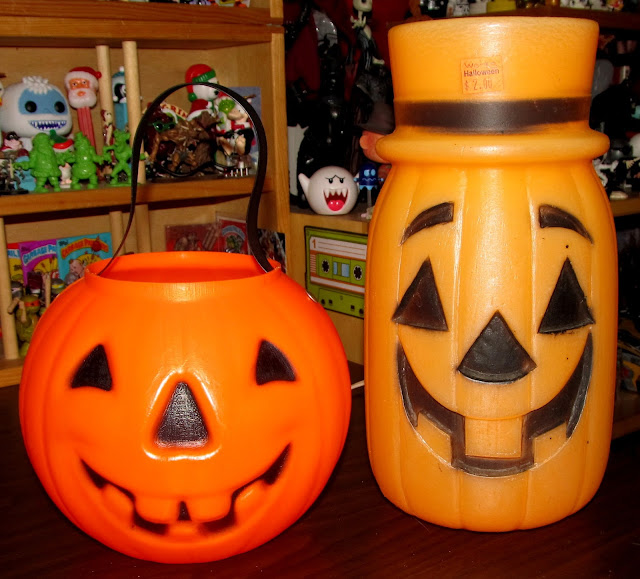 Check out these blowmold pumpkin guys! The pail on the left is nice, sure, and I do love it... but that guy on the right? He takes it HOME. I love his top hat, and the fact that he "works" according to the pricetag. 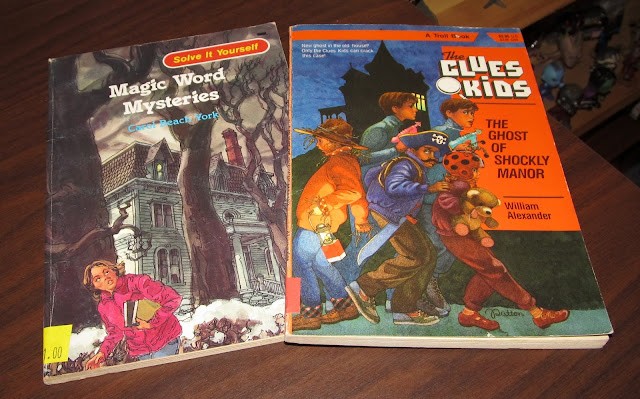 I also picked up some "kids walking by haunted houses" chapter books. I haven't cracked the spine on either one, I literally picked these up for the covers alone. "The Clues Kids: The Ghost of Shockly Manor" has THE best Halloween-y cover of almost any book I've picked up this season. I'm not sure what "Magic Word Mysteries" I'll be solving myself either, but I hope they all have a creepy slant to them. 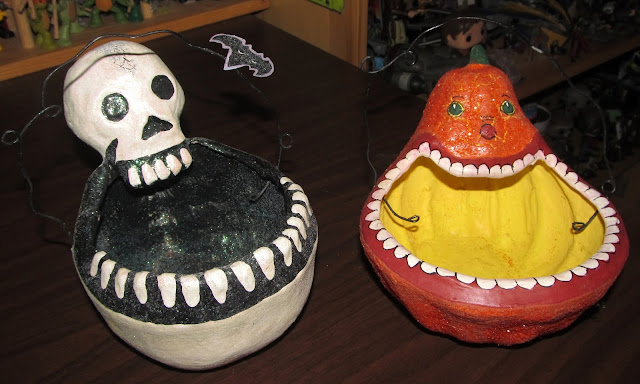 These things are ridiculous, and they feel fun and festive and crafty. Their enormous underbites invite folks to fill them with candy and these things are just gorgeous. I really don't have a ton more to say about them than that to be honest. 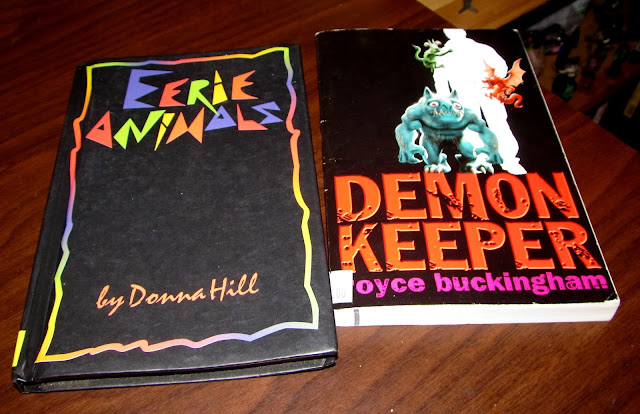 A couple more spoooky books. I thought I might add "Eerie Animals" to next year's Halloween Read Pile, and I might check out "Demon Keeper" a bit sooner than all that. 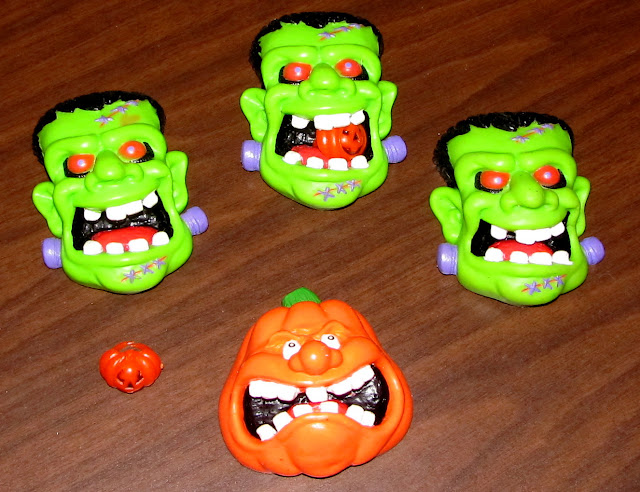 Really kicking myself for not getting a picture of the backside of these guys because they are some of those weird rubber finger puppets like the ones you used to be able to get forever ago that looked like a cross between vaudeville performers and those guys from "The Hills Have Eyes". Except, these ones are Halloween themed! 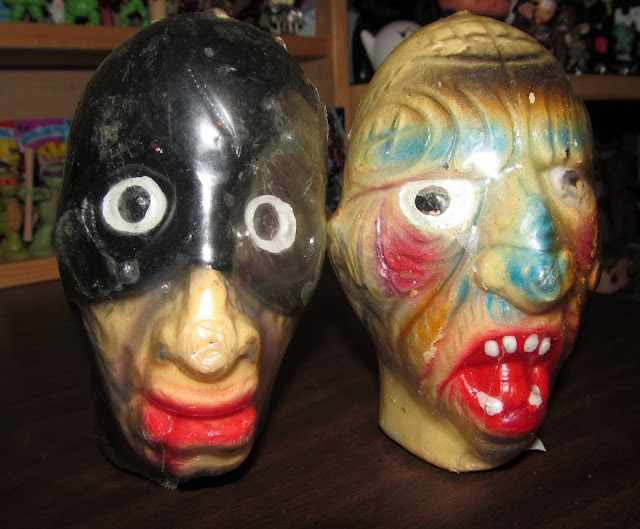 These are a couple of shrink-wrapped candles from Topstone. This is a company that also produced a lot of cheap versions of more expensive hollywood-style horror masks. And that really sums up everything I know about Topstone. I love that the guy on the left sort of looks like he had herpes and is wearing a gimp suit. While the guy on the right seems to be one of those cheap imitations of Madballs that they used to sell in quarter machines back in the 80's, except done in wax. 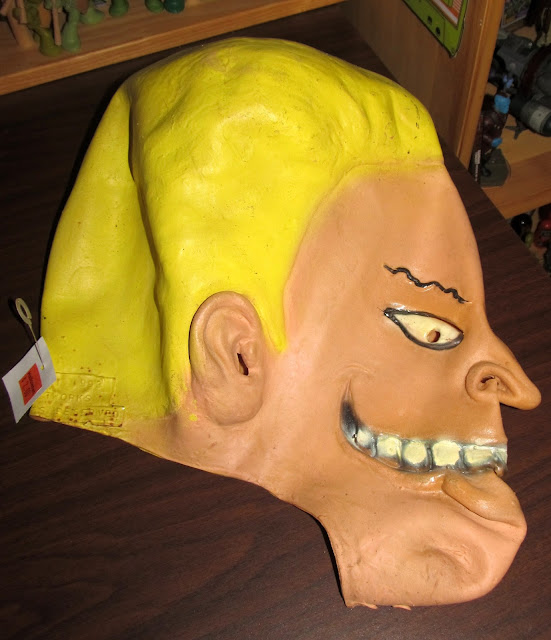 I almost didn't buy this, but come on. It's Beavis! TP for my bunghole! Corn-holio! Are you threatening me? All the good times. 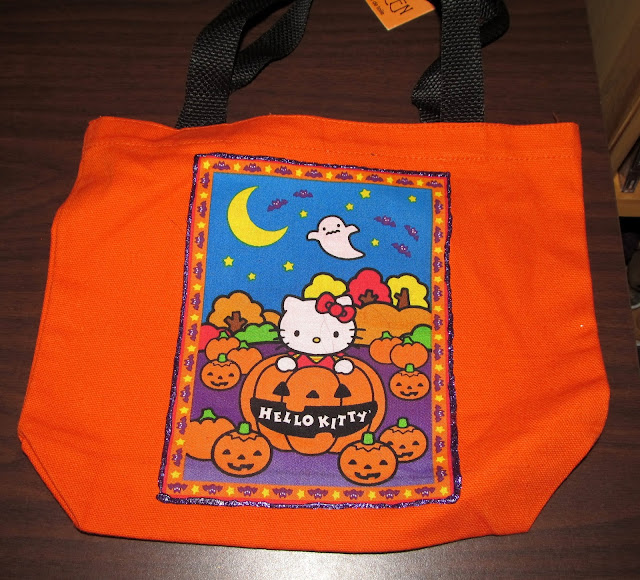 And finally, my 4 year old LOVES Hello Kitty, so I bought this for him. I haven't given it to him yet, but when I do, he is sure to lose his little MIND. I am excited.

So that's it for tonight kids! I'll be back son with some Gnarly Goodwill Goodies! Until then, Happy Haunting!

Remember, I'm doing this countdown as a part of the official Countdown to Halloween, so be sure to pop over there and look and see who else is participating this year.
Posted by Derek Ash at 6:17 PM