Countdown to Halloween Day 17: Anthologies - Ghosts And More Ghosts, Tales From the Crypt, and SCARY!

Welcome back kids! We're on the downward spiral to the 31st! Today's post is all about short story anthologies once again. I bring to the table three books that I have to admit, I had pretty mixed feelings about. Let's take a look shall we? 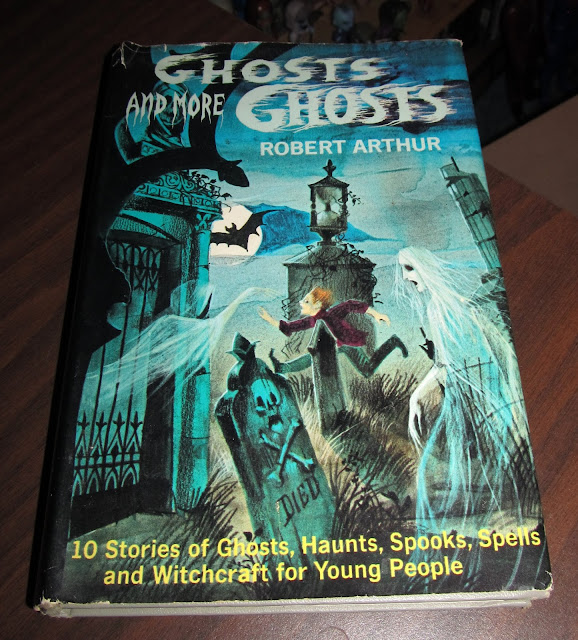 When I picked up Robert Arthur's "Ghosts And More Ghosts," at Goodwill a few months back, I immediately knew it was going in the Halloween Read Pile. I mean LOOK AT THIS COVER. 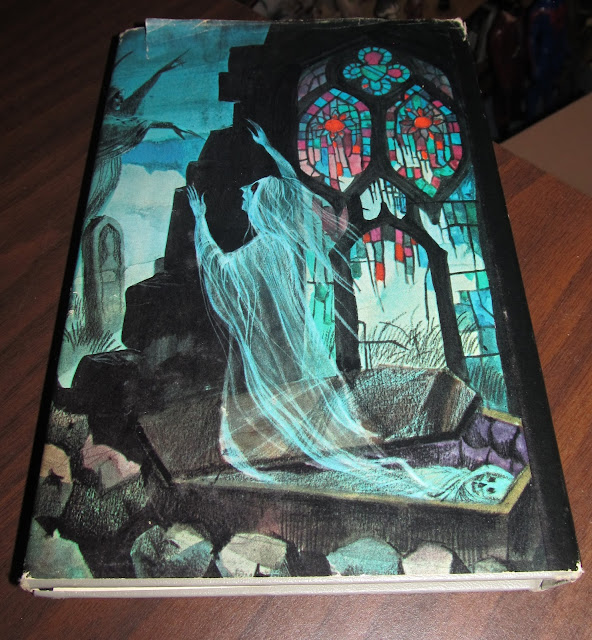 Aw check it! The back cover holds even more grim surprises! These manage to look both Gothic and colorful at the same time, like one of the good Tim Burton films. I'd never heard of it before, but I saw online that many folks had nostalgia for it so I felt pretty excited. 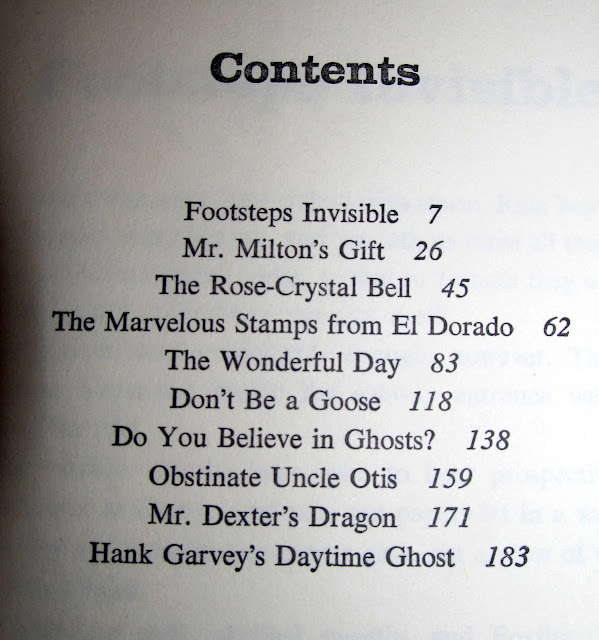 Starting the book, things were interesting at first, with "Footsteps Invisible" a ghost story with a semi-creepy premise. "Mr. Milton's Gift" was just silly. I didn't really like it at all. "The Rose Crystal Bell" was interesting, but felt a bit too similar to "The Monkey's Paw". "The Marvelous Stamps From El Dorado" was another silly one that just didn't interest me. "The Wonderful Day" is not exactly a scary story, but still manages to be one of the best ones in the book, detailing the events in a town that have been supernaturally affected by a little boy's wish after overhearing his parents discussing the townsfolk before bed. It manages to be funny, whimsical, and even downright disturbing in places, considering one woman discovers that her tongue now "wags from both ends".  "Don't Be a Goose" was just silly again and again I found myself wanting to skim forward.

But "Do You Believe in Ghosts?" is pretty much THE best story in this volume. Loved. IT. It tells the story of a reality radio host who stages supernatural events to thrill his listeners... and then the bleief of those listeners makes something happen.

The rest of the stories just kind of happen after that, although "Mr. Dexter's Dragon" had kind of a nice, morbid twist to it. Overall though, I could have done without MOST of this book. I was sorely disappointed upon finishing it.

Another shockingly disappointing read was this adaptation of EC's classic comic series, "Tales From the Crypt" What's odd is that this book doesn't pull its punches really. The stories stay pretty morbid, and the illustrations included demonstrate this nicely. 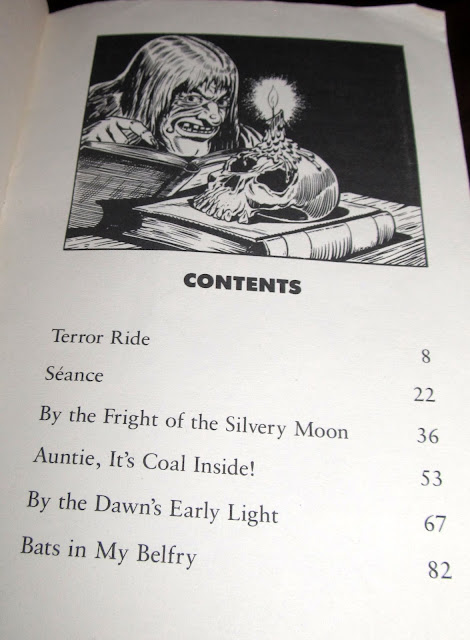 What's unfortunate is that whomever adapted the stories from comic panel to text seemed to suck ALL of the excitement out of the stories. It's pretty much a passionless, rote description of what happens in the comics. 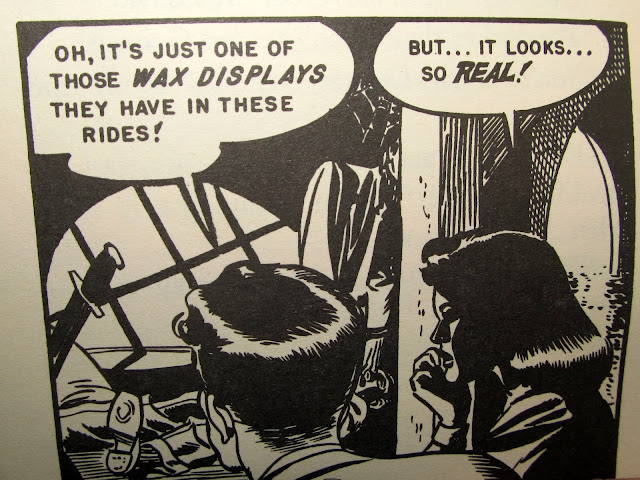 The most exciting part of the book are the illustrations, pulled from the comics, that can be found scattered throughout. 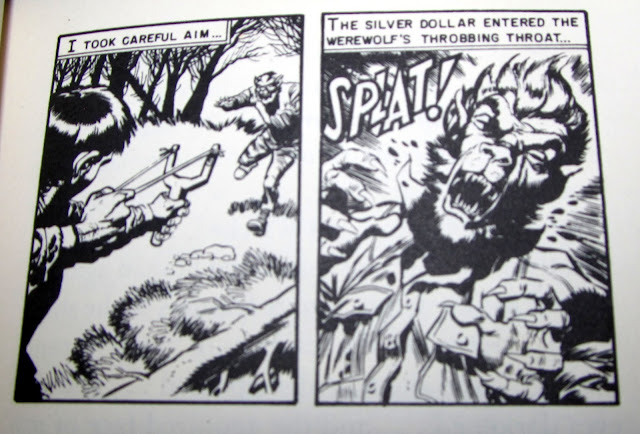 Even just the little bit of flavor-text from the captions in the panels seem to be more exciting than the stories themselves. 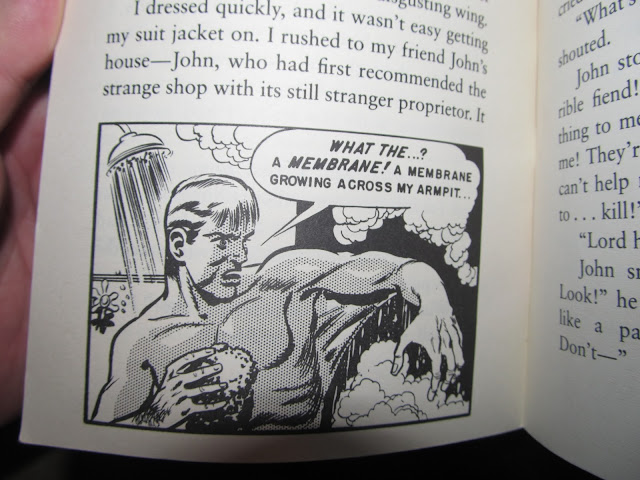 It's really too bad because I can think of worse things to do than find a way to introduce young horror hounds to the classic horror comics put out by companies like EC back in the day. Heck, why not collect some of the more tame stories and reprint them black and white trades to introduce new readers the right way? Oh well. Moving on. 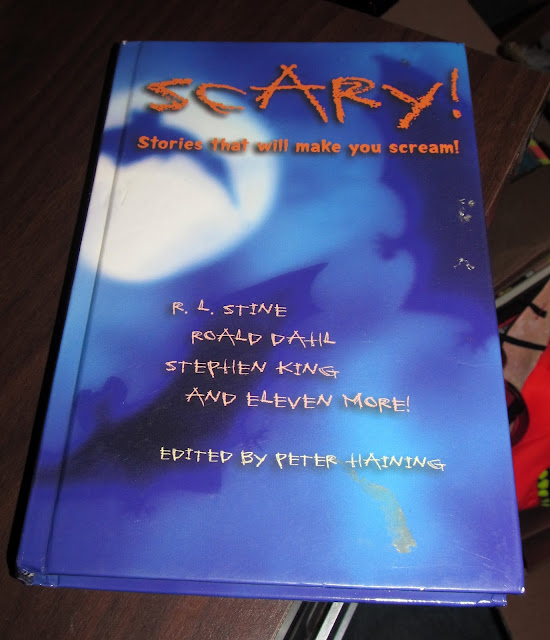 Finally we have another wildly off-balanced collection of stories that propose to be "Scary! Stories That Will Make You Scream!" Unlike "Ghosts and More Ghosts" above, I can't really let any of the stories pass muster if they don't at least TRY to be scary... Which at least two of them decidedly DO NOT. Just to cover those real quick, we have "The Thirteenth Day of Christmas" which is really more of a kid-sleuth mystery story involving a terrorist around Christmas time, with absolutely no tension to it whatsoever... and "Spotty Powder" which is really just an excerpt from "Charlie and the Chocolate Factory" that was removed before publishing and doesn't even pretend to be scary. It just makes you scratch your head. 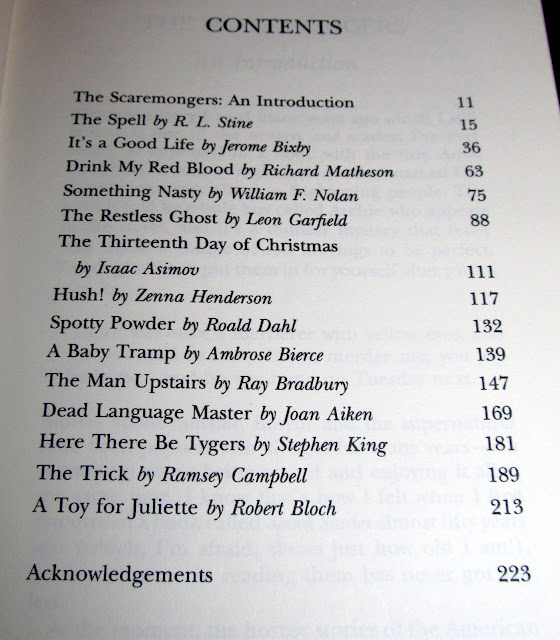 The quality of the stories surrounding those two vary wildly in quality. Jerome Bixby's "It's a Good Life," is a terrifying classic and was the inspiration for both an episode of the Twilight Zone and a segment of the 80's film of the same name (the reality warping kid story is SOOO much worse in print than on the screen...) "The Restless Ghost" by Leon Garfield is endearing, spooky, and tragic in equal measures. Ramsey Campbell's "The Trick" is incredibly disturbing, and gets extra points for being a story set on Halloween. "Here There Be Tygers" by Stephen King, and "The Man Upstairs" by Ray Bradbury can do no wrong. They are classic! But the rest of the stories here range everywhere from passable to just kind of confusing to no good at all. Another weird thing about this book was it didn't seem like it could decide if it was for kids, young adults, or adults. The stories vary in maturity wildly. All in all, I can't strongly recommend any of these three books on their own merit, and the Tales from the Crypt book should just be avoided unless you're just a completist fan of the comics/show. There are a few gems to be discovered here though, and a few of them were recognized as such and included in other anthologies I had in the read pile further along.

Well... that's all I've got for tonight folks. I'll be back soon with more Ghostly Goodwill Goodies! Until then, Happy Haunting!

Remember, I'm doing this countdown as a part of the official Countdown to Halloween, so be sure to pop over there and look and see who else is participating this year.