Welcome back! So I have been able to hit up a few more Goodwill stores this past weekend so I now have enough posts to get me right to the end of the countdown, and still do my anthology (and other) posts as well! 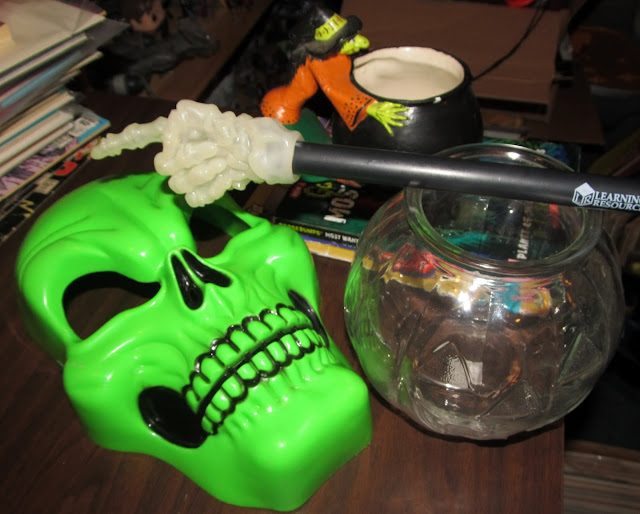 So let's take a look at the Halloween goodies I brought home from the Ellsworth store, and then I want to share a handful of books I brought home the same day from Scottie's Books. 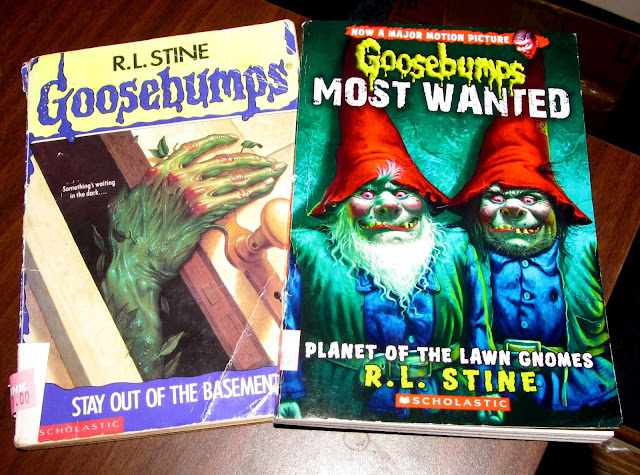 Halloween or not, my 6 year old son has been bitten by the Goosebumps bug, and so now any time I see Goosebumps at Goodwill, I pick them up. There never seems to be any lack of Goosebumps at Goodwill, so I think this one will become a running theme over the next few months. What I found particularly funny is that the "Planet of the Lawn Gnomes" book was printed so recently that it is actually promoting the new movie! Someone got done with this book pretty recently. I don't know if that's a glowing endorsement. 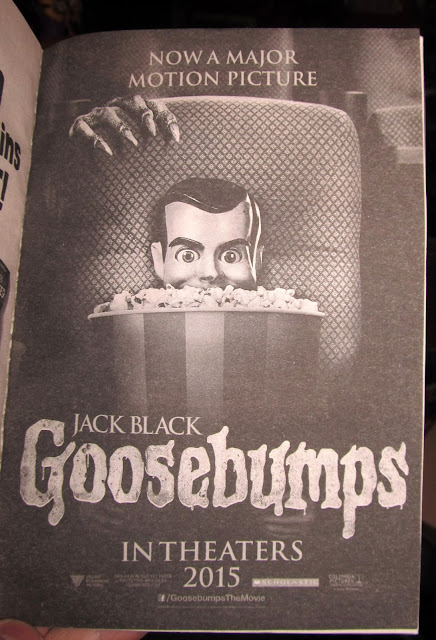 Just in case there was any confusion as to what Goosebumps movie was being promoted on the cover there... 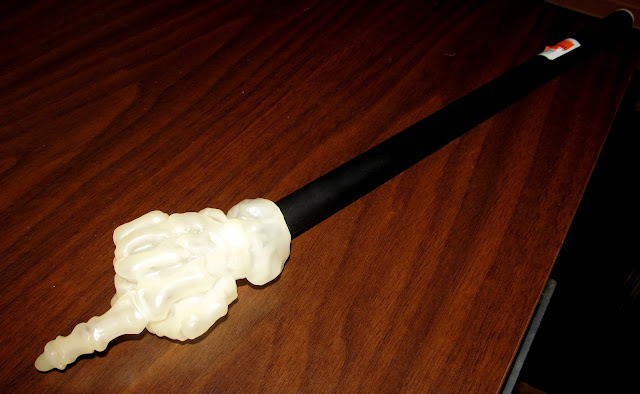 This is a glow-in-the-dark skeleton hand on a stick, used for pointing. I actually use a dry erase board to teach things at my place of work, so I think the next time I have a class I have to give, I will whip this guy out for effect. 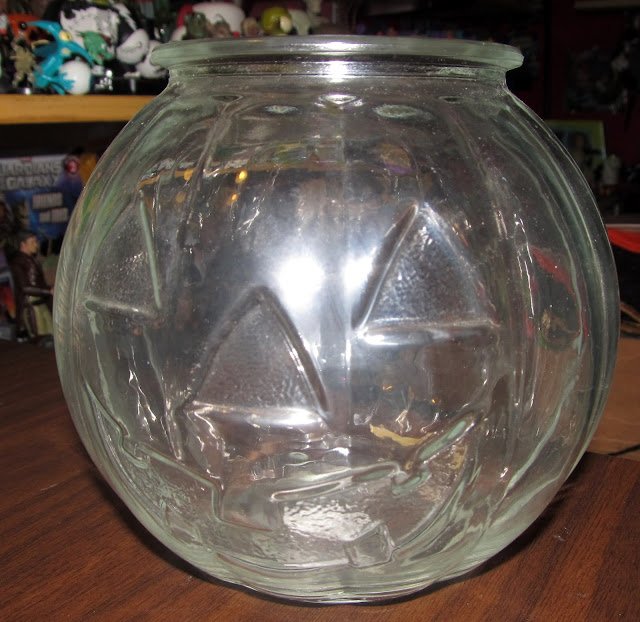 Once thing gets a good washing, it will be filled with Reese's Peanut Butter Cups. I considered Candy Corn but then I remembered...

So peanut butter cups it is! 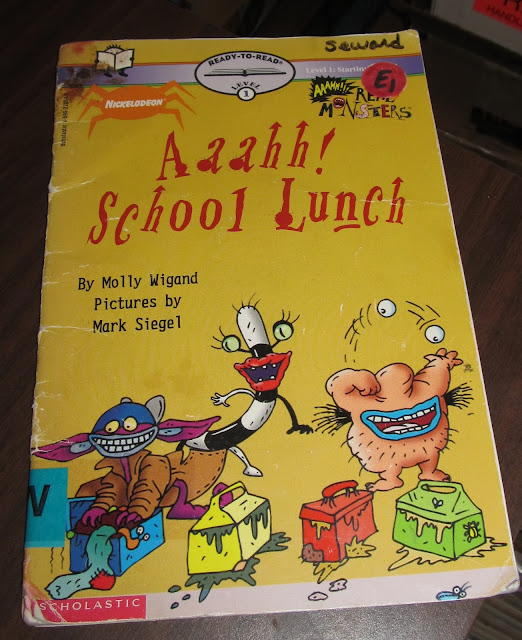 I never watched Aah! Real Monsters on Nickelodeon... but I LOVE the concept, and the character designs. So I never pass up a chance to bring something home if it has the characters in or on it. The book, "School Lunch" looks like fun, and I may just read this one to my kids. 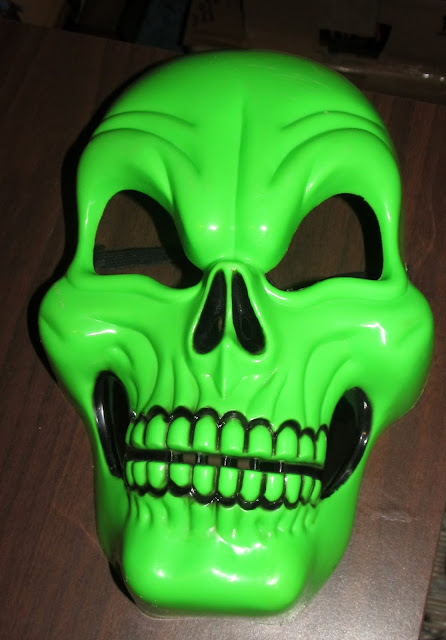 I love the look and color of this mask! Had it been yellow instead of green I would be fashioning a Skeletor costume out of it for a party I have to go to on Friday night. Instead I think I'm actually going to go with a different concept, but this thing is gorgeous. I'm actually considering painting it yellow for next year, but I'm not sure I want to risk messing it up. 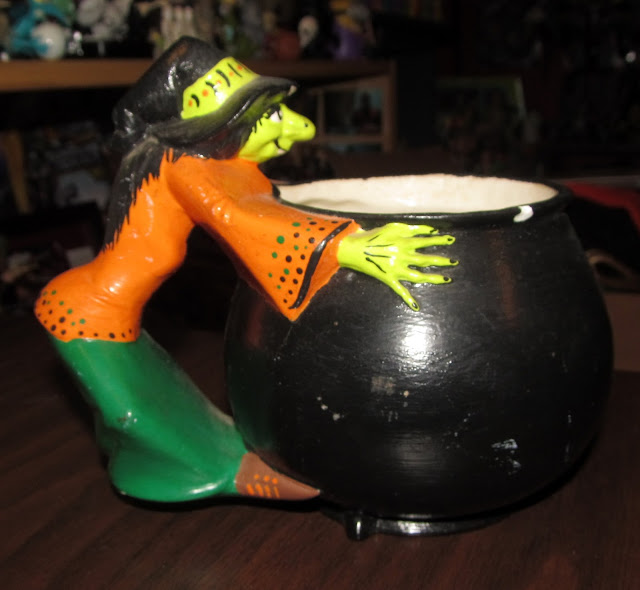 This little candy dish (pretty sure it was meant to be a coffee mug, bug I am 100% sure the paint is not warm beverage resistant so...) is cute and fun and since I don't have enough witch things in the Halloween collection, I knew she had to come home. 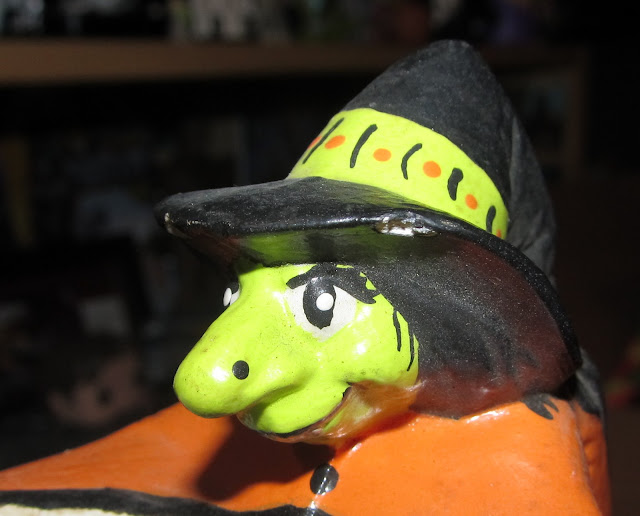 Her goofy, cutie little face is really what sells the whole deal. 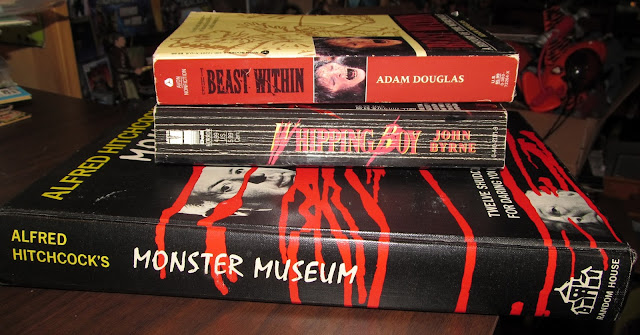 And here, ladies and gentlemen, is the small pile of books that I picked up at Scottie's books. I've talked about Scottie's here a few times before, and I even sort of began a tradition of looking for books for the Halloween season each year. But alas, alack, Scottie's will be closing its doors for good in just a month or so. ANOTHER USED BOOKSTORE BITES THE DUST. 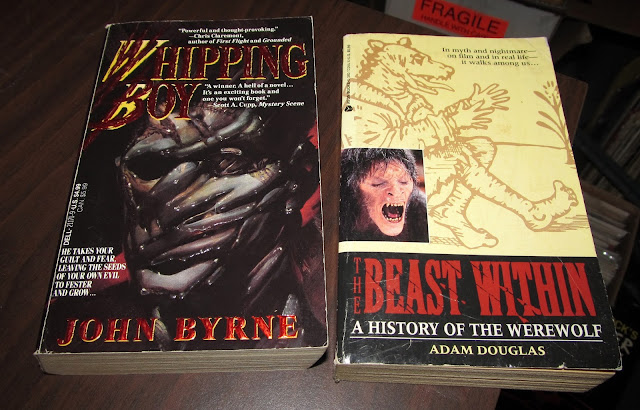 But at least I got to pop in there one last time to find some Halloween-y treats before the doors shut for good. The book on the left here is "Whipping Boy" which is a horror novel written by John Byrne. Yes, THAT John Byrne. Comic books John Byrne. And if you look carefully at the blurbs on the cover, you'll see that one of those is by Chris Claremont. Yes THAT Chris Claremont. I don't even remember now what this book is even about. I just knew I WANTED it. The other book, "The Beast Within: A History of the Werewolf" is a history of werewolves. Plain and simple. And I have loved werewolves since I was a kid. So this was a no-brainer. Plus the author's name is Adam Douglas, which is technically NOT Douglas Adams... but is close enough for me to get confused and excited. 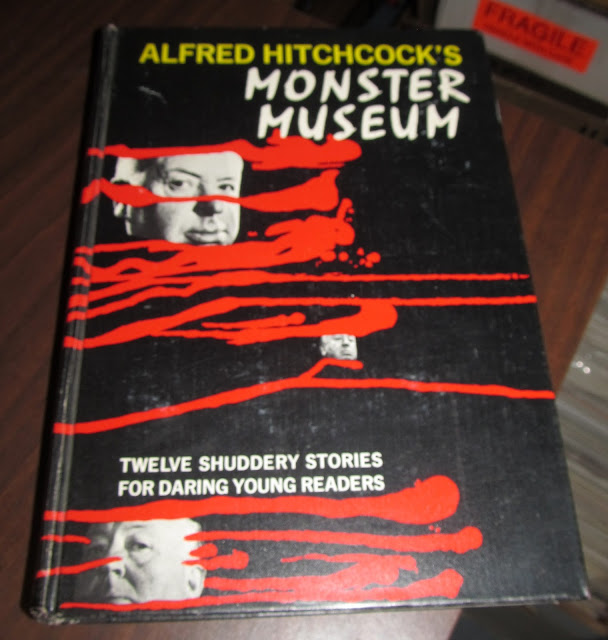 Ugh. I hate it when I start editing pictures that I've taken for the blog, and I realize one of them is fuzzier than I originally thought... and I realize that I'm too lazy to actually take another picture of the thing in question. This thing is that thing in question. "Monster Museum" is another one of those oversized Alfred Hitchcock Anthologies. I plan on talking about this particular collection in a later post, so I won't go into great detail now, but I owned it in paperback before I brought this thing home. I LOVE this collection. LOVE IT. And in the next few days, hopefully you will read about all the reasons why this is.

For now, that's all I got folks! I'll be back soon with more Gloomy Goodwill Goodies, but until then, Happy Haunting!

Remember, I'm doing this countdown as a part of the official Countdown to Halloween, so be sure to pop over there and look and see who else is participating this year.
Posted by Derek Ash at 4:05 PM