Hey! Welcome back! I'm finding the Halloween Goodwill finds to be getting a little sparse at this point, so hopefully I'll have more to write about in another couple of posts... otherwise I'm going to be getting very creative! But luckily, I have this armful of stuff right here still left to write about! 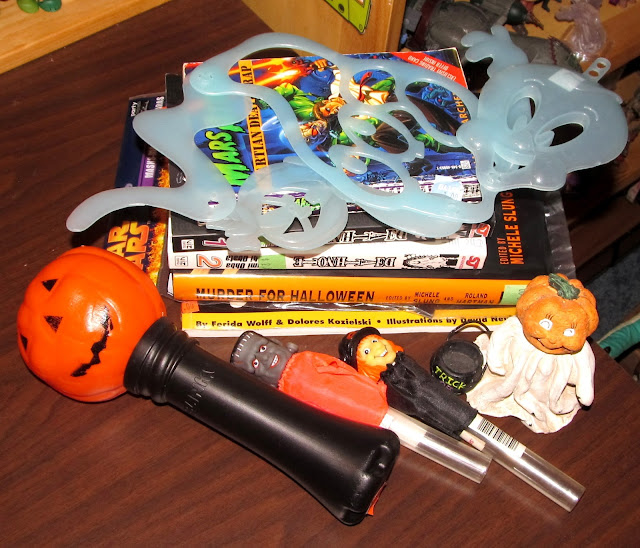 Gaze at the riot of wonder and color that is this post's loot pile! Let's dig in. 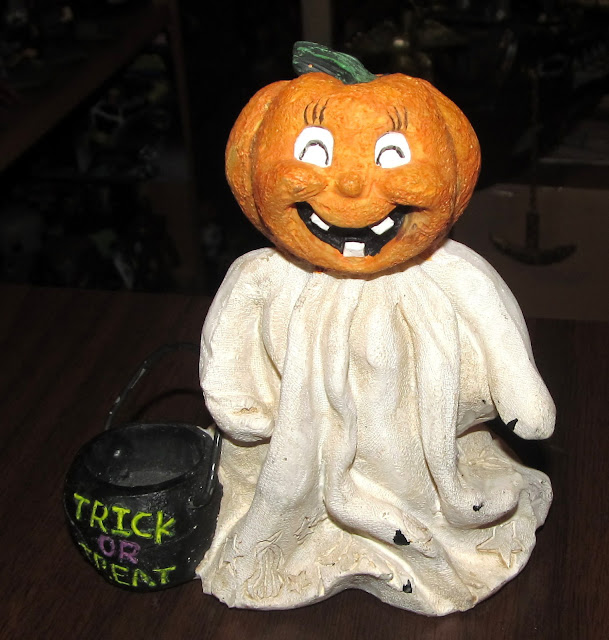 I love pumpkin-headed ghosts. And when they're as cute as this guy is? There was no way this thing wasn't coming home. You don't see enough of these guys these days. There's something very victorian-greeting-card about the design of a jack o' lantern with a trailing ghost-sheet-body beneath.

I almost didn't pick this pumpkin-headed flashlight thing but I just love that vintage, blow-mold looking face. It's so lumpy! I had a reeeeally hard time getting a non-shiny picture of this thing too. I'm trying to decide if I'm going to keep the head on the black handle or if I will remove it and stick it on top of another jack o' lantern to make them look like piled up pumpkins. We will see. 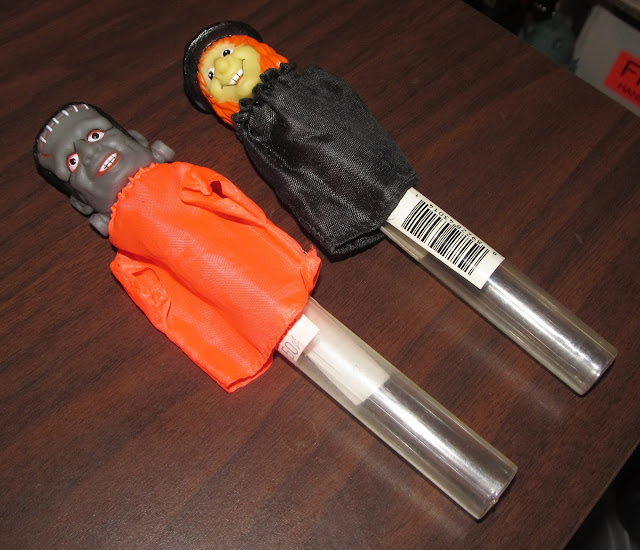 Found these two in a baggy for a dollar. I probably overpaid but I wanted the Frankenstein's Monster more than anything. There are no markings to tell me when these were made, (there is a 50 cent price tag from Brooks drug on the side of each tube) but the UPC stickers on the tubes don't look old at all so I have a feeling these are fairly recent... but it doesn't matter. They have that cheap, fun feel to them that Halloween should have. 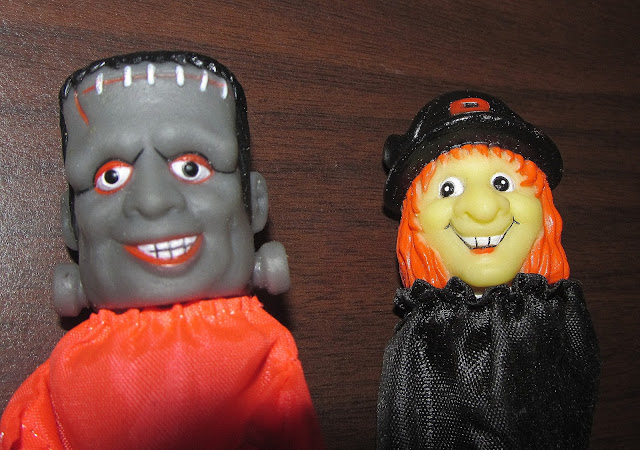 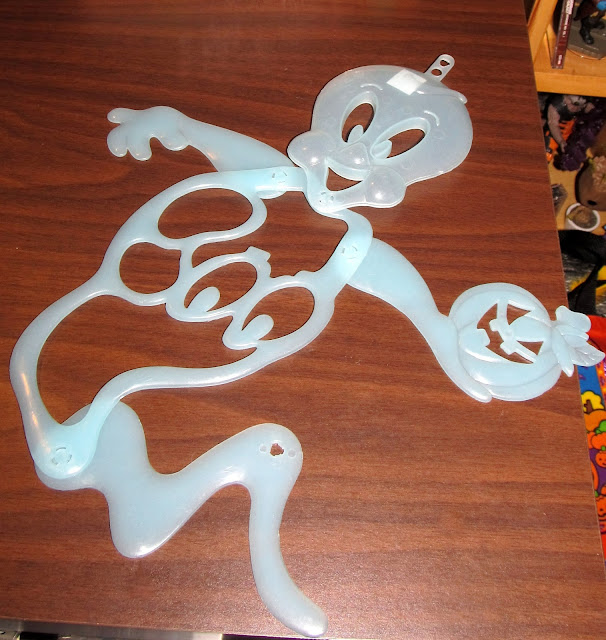 This bad boy also has no markings whatsoever. He looks like he's meant to evoke a little bit of Casper the Friendly Ghost but the resemblance is does not seem to be official. There does seem to be a piece missing off the top of the ghost's tail, but I can't seem to find this thing online so I can't begin to tell you what could have been there. 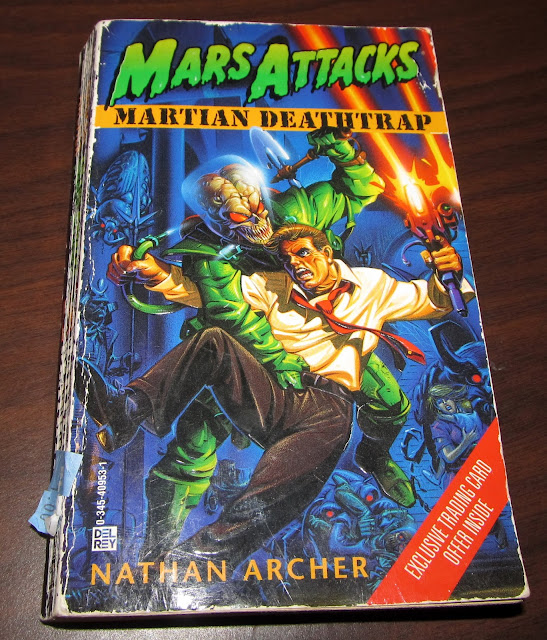 I have no idea if this thing will be worth reading or not, but finding a "Mars Attacks!" novel titled "Martian Deathtrap" was pretty exciting. I don't think I've ever read anything by Nathan Archer before, so I'm going in pretty blind. May toss this in next year's Halloween Read Pile... or I may just pass on it entirely and send it along to someone else. 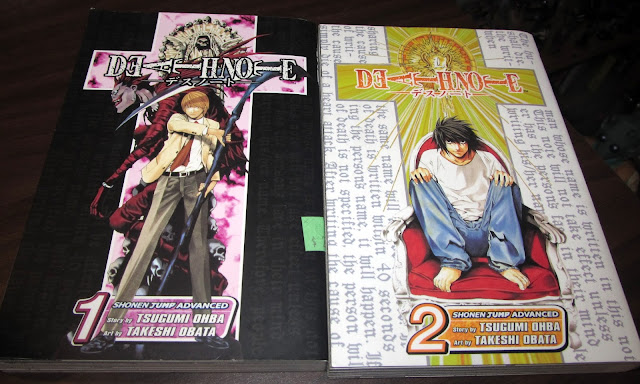 I'm not a Manga person, like AT ALL. But I when I saw the first two volumes of DeathNote for a couple of bucks apiece, I thought I'd give it a shot. And what better time of year to find a manga about a guy using a magic notebook to kill people, and having to deal with death spirits? I have no idea if this is the gateway book that will lead to my addiction with manga, or if it will just enforce all of the reasons why I've never really gotten into them. 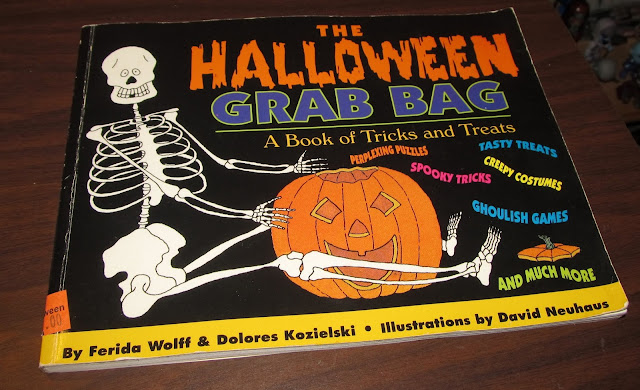 There was also this fun looking activity book "The Halloween Grab Bag" which is your typical "Book of Tricks and Treats" with recipes, crafts, costume ideas, games to try, puzzles to solve, etc. Here's an example of why I picked this one up though: 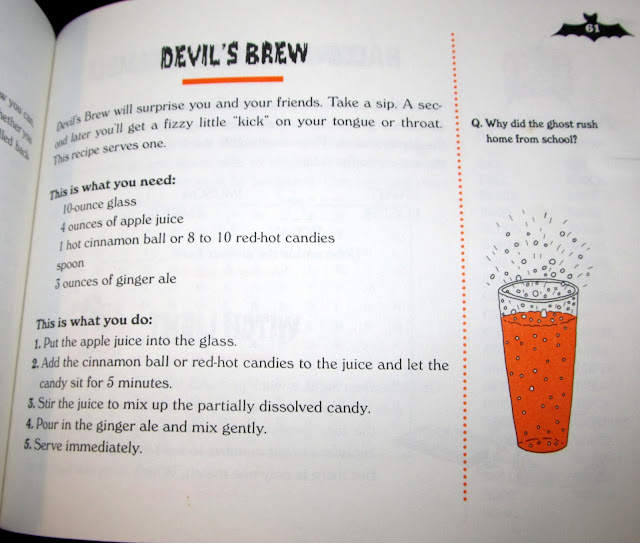 Look at this s**t! Don't you want to try atomic fireball flavored apple juice with ginger ale mixed in? I know I do! Heck, swap out the apple juice for hard apple cider and you got me going! Devil's Brew indeed! 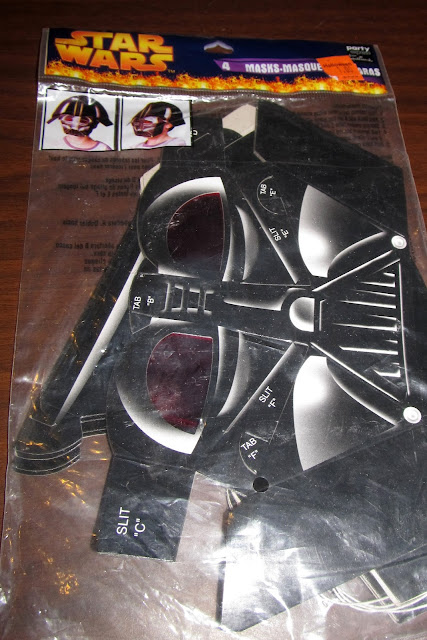 There was also this little four pack of sort-of-papercraft masks you fold and assemble to wear. I'm giving these to my kids, but I'm not sure when exactly. 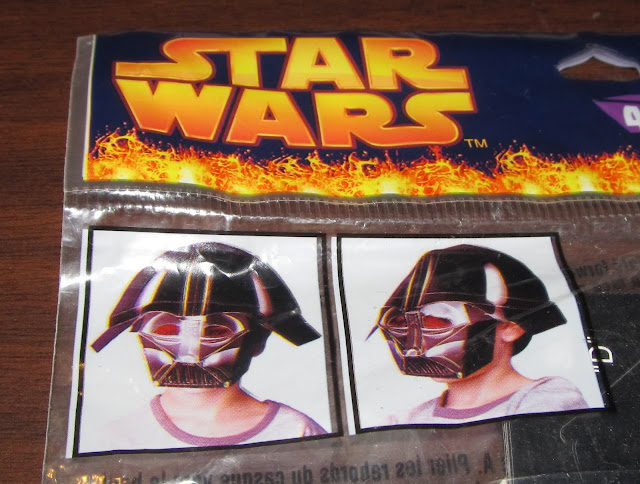 I really wanted to get a close up look at the example on the bag to show you how not cool these things are probably going to be. But I bet my boys will love them either way. 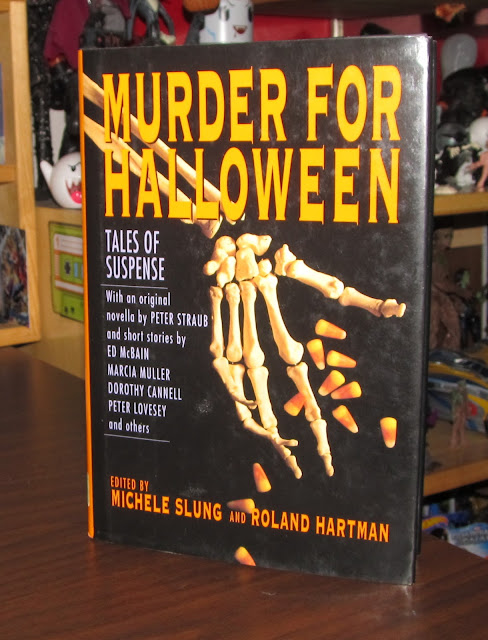 Finally I found a nice Halloween themed anthology. It says "Tales of suspense" but I'm not sure exactly what that means. I doubt many of these will be supernatural in nature... but a guy can hope. It includes Peter Straub's "Pork Pie Hat" which really is an incredible Halloween story, but still not one that has any real ghosts or ghouls in it. So I'm guessing crime stories. This one is definitely on next year's Halloween Read Pile for sure, but I'm goig to keep my expectations managed properly.

Well that's it for tonight kids! I'll be back with more Gremlinish Goodwill Goodies soon enough! Until then, Happy Haunting!

Remember, I'm doing this countdown as a part of the official Countdown to Halloween, so be sure to pop over there and look and see who else is participating this year.
Posted by Derek Ash at 11:56 AM