Halloween Countdown Day 30: All Finished but the Screamin'

So I'll post some stuff tonight, and then I'll try to get pictures of our Halloween night on here before midnight tomorrow, and that's it! 31 (32 if you count October Eve, which I do) consecutive posts for m countdown! Somehow I seem to stick it out better for October than December, but then I'm also less busy in October. So here's some final stuff: 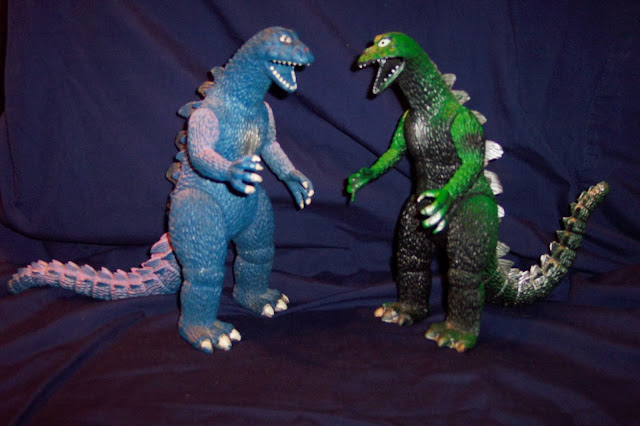 Meant to share these guys LAST year during my Countdown and I don't think I ever got around to it (can't find them on the blog at any rate) so here they are: a couple of Imperial Godzilla-esque toys! One of these, the purple-y blue one, is genuine vintage and belonged to my brother-in-law when he was a kid, although he has no date markings. The other I have no idea when it was manufactured, but it FEELS a lot newer, even though the date on it says 1986, I know they often don't change these dates when they reuse the molds. In fact, I don't know that these are even really genuinely meant to be Godzilla. I feel like they're more knock-off type "Fraud-zillas" that used to get sold cheaply on the bottom shelves of stores like Kay-Bee toys back when they were still around. I bought the green guy for .99 cents. 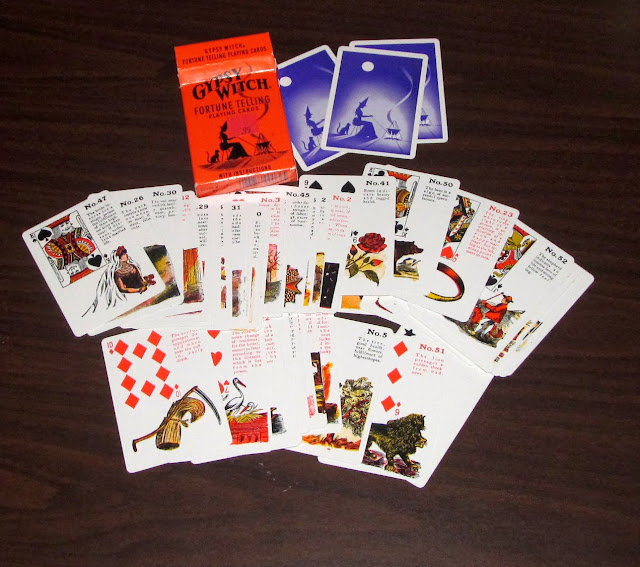 Found this interesting deck of "Gypsy Witch" fortune telling cards, which couldn't be less magical if they tried. They have almost nothing to do with anything resembling a Tarot card or any other system, but they're fun in and of themselves... sort of. Paid .99 cents for them. I'm always interested in seemingly random forms of fortune-telling. I don't believe in them exactly, I just find it interesting how people build systems of significance around random systems of numbers and patterns. 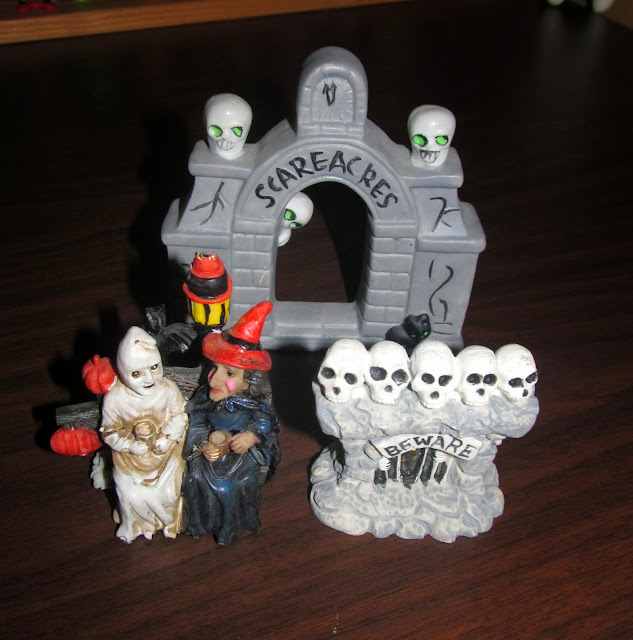 Some new additions to the Halloween Cemetary/Village shelf this year. All .99 cents apiece. 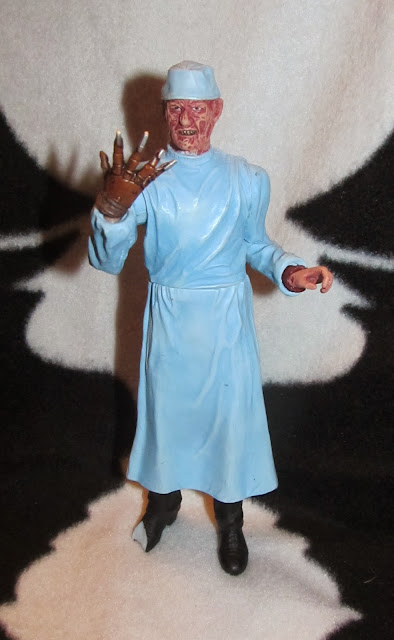 Doctor Freddy here is going to need a finger-blade transplant STAT! I plan on using a dremel to hollow out his fingers and then glue in some needles or something to make him the most dangerous toy I own. He was in a .99 cent grab-bag with a BUNCH of other figures, but most notably this lady: 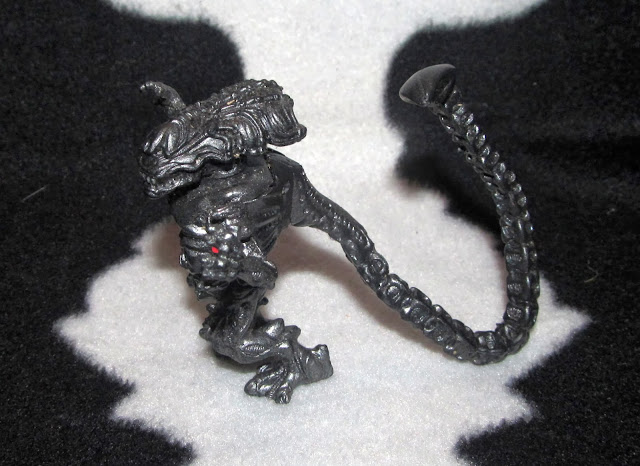 A Queen Alien "wrist-watch" whose tail wraps around your wrist for what I can only imagine is the most AWKWARD watch-wearing experience ever. (The digital display is in her chest, and not visible at this angle). She's gone off to a good home, this little Lady here. 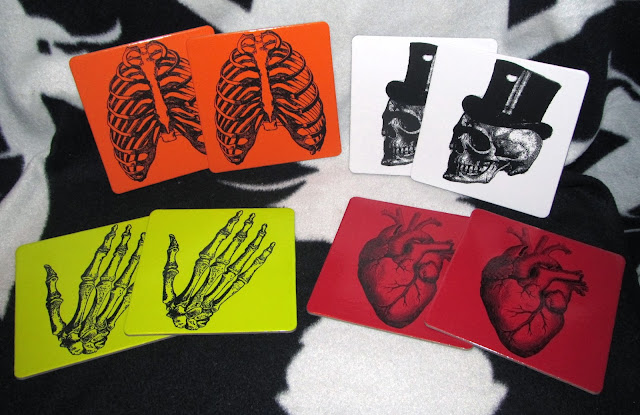 And finally, a set of cardboard coasters I picked up for a Dollar at Target. Not sure what I'll be using these for in years to come, but it sure as heck won't be as coasters. For now, they just sort of decorate the background of one of our Halloween shelves. Love the dapper skull in the top hat the most. I paid 1.00 for the set you see here. 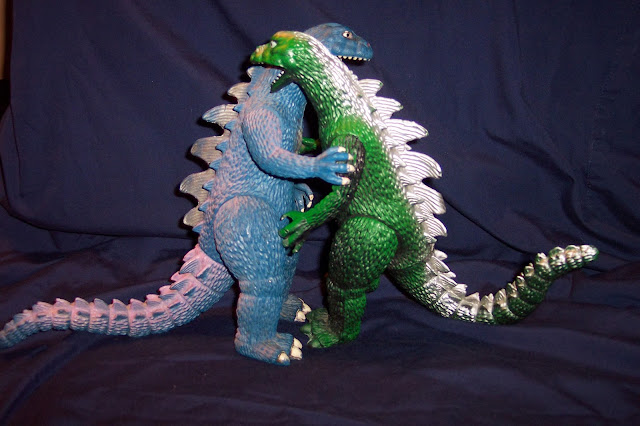 Awww... Fraud-zillas hugging! What a great way to put the last nail in the coffin-lid of October! I know there's one more post to come, but let's face it, I'm practically dying of some sort of super-flu and I will barely be coherent after a night of chasing my kids around Trick-or-treating... so this may be the last legible sentiment on the blog for some time. I will definitely be taking a little blog break come November, but not for long, because PEOPLE... the packages from friends have been coming in, and I have stuff it would be downright RUDE not to blog about! Stuff from folks like Eric Stettmeier of Toyriffic, Miss M of Diary of a Dorkette, and CRPechonick of Geek Show Ink! So you do have that to look forward to!

That's it for me tonight kids! I'll be back soon with more Gangrenous Goodwill Goodies! Until then, Happy Haunting!
Posted by Derek Ash at 8:25 PM