I'm totally stretching it here but I HAD to post this. I JUST found it yesterday for .99 cents, and I couldn't WAIT to share it. So I'm going with the "Dark" part of this title, and the general decor of the cover with the skulls and whatnot, and sharing it as a Halloween book anyway. LOOK at this piece of Beauty: 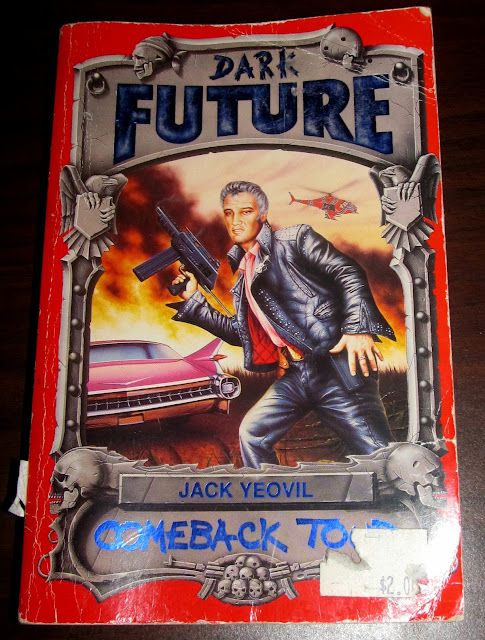 So this is something that exists. I don't feel the need to read it, EVER. I just wanted to get a picture or two of it and then use that as my computer wallpaper FOREVER. Apparently, it is part of a 4-book series where a retired-not-dead Elvis exists in the alternate historied and dystopian America of 1995. There are three other books in the Dark Future series, which I guess was originally supposed to be a role-playing game but instead ended up as four novels and a board-game instead. The back of the book says he faces off against a bunch of enemies including the Klu Klux Klan, which might explain the copter: 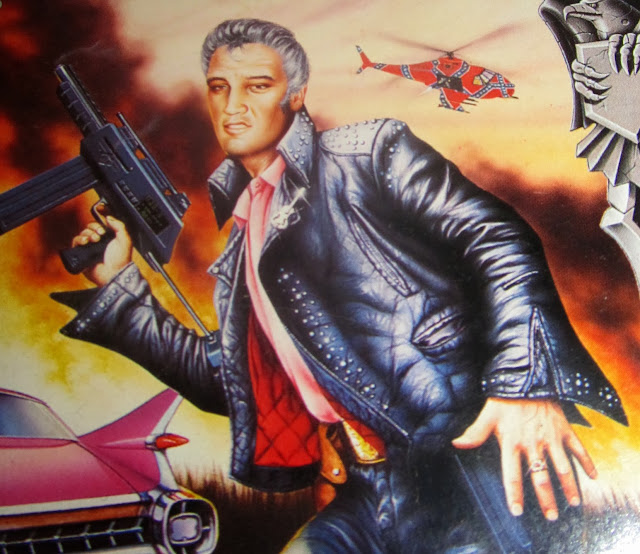 I would be totally down for a whole series of Mad Max-like adventures starring the King here... but as this series is written currently I just don't see it being my thing. But the cover art alone is AMAZING. And just to keep you from feeling cheated, here's a picture of my favorite Elvis toys: 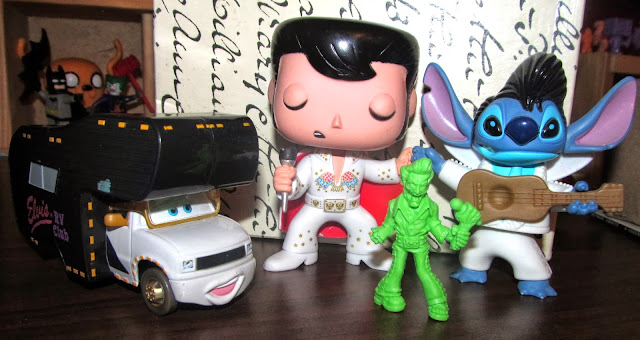 There's the Elvis RV from Cars, the Funko Pop! 1970's Elvis, a Stitch-as-Elvis bobble Happy Meal Toy from 2002, and the S.L.U.G. zombies "Singer Mortis" who is either zombie Elvis or a zombie Elvis impersonator.

So that's absolutely it for today kids! Gonna be a lazy Sunday! But I've got lots of Graveyard-dug Goodwill goodies to share with you in the upcoming days, so keep your eyes PEELED. Until then, Happy Haunting!

Be sure to check out all of the great blogs participating in this year's Halloween Countdown! You can do so by clicking this link, or clicking on the Cryptkeeper 2013 banner on the sidebar to the right! Also, check out the "Blog-O-Ween" Halloween Blog collective, again by following this link, or through the badge on the sidebar! Thanks!
Posted by Derek Ash at 8:19 AM