Not Dead. Not by a long-shot. Just gearing up.

I'll be back soon kids. In the mean-time I'm redressing the site so it no longer looks Halloween-y.

It was a pretty crappy ending to my October, ended up sick in bed away from work an entire week.

Anyway, I have so MUCH to blog about! I think I'll be back in the swing of things by the end of this week. So many things to share, (not done exploring my big end-of-the-season yard-sale bin!) and people to thank, so I've got to jump back in here soon.

Thanks to everybody who followed my Countdown to Halloween this year! 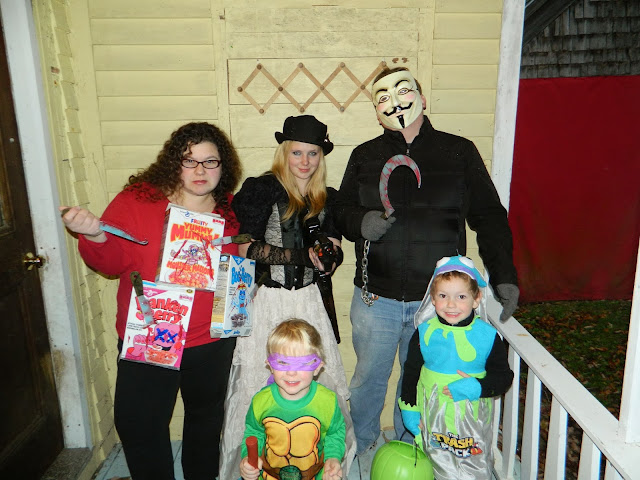 Here's The Goodwill Geek family all costumed up for Halloween! My wife went as a cereal killer. Yes. Those are my retro-style Monster Cereal boxes on her costume. I decided I didn't really want to keep them. I'm not that much of a packaging collector, to be honest. So I thought they'd be going to a good cause. I'm not going to lie: The image of them being cut and bloodied and stabbed (and then rained on steadily for an hour) hurt a little. But I kept my Count Chocula and Fruit Brute boxes. I'll probably clip the fronts and hang them up somewhere... or maybe I won't.

My daughter went as "Steampunk" which my wife and I were supposed to do too... but I got sick and bed-ridden for a few days, and time ran out so I grabbed a mask and cenobite weapon and decided to go as the "Anonymous Killer". My sons went as Donatello the Teenage Mutant Ninja Turtle and "Blow-Fly" the Trash Pack character... representing each of their most recent obsessions.

Between the horrible down-pouring rain the night of Halloween itself, and my miserable illness the whole last week of October... It was kind of a bummer of a Halloween. BUT... when BOTH of my sons looked at me after Trick or Treating (in the cold, cold rain mind you...) and told me how much they LOVED this night, and how much FUN they had... it was all okay. They got the spooky, fun night of masks and candy they were craving. And everything felt pretty good when I realized that. 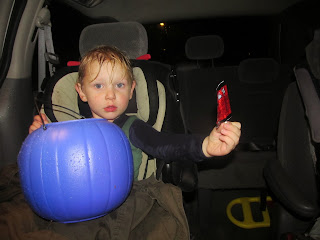 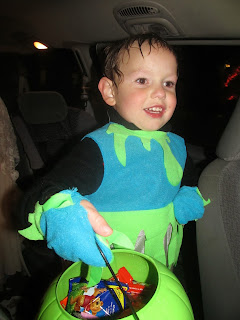 They didn't mind the rain one bit (although my 2-year old did come and sit with me in the van to warm up way before my wife, daughter and 4-year old gave up the ghost...) and were very happy with their haul.

Any way.... I'll be back soon with some Geeky Goodwill Goodies! Until then, Happy Hunting!
Posted by Derek Ash at 2:39 PM