Another semi-quick post tonight guys! But one with some great memories attached. 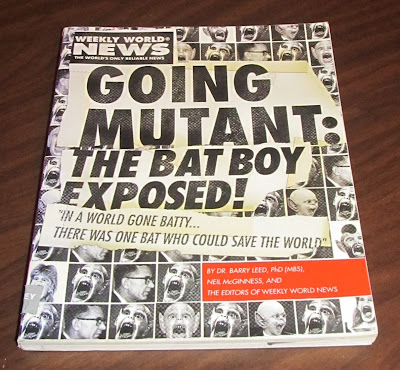 Who doesn't remember Bat Boy? I bought the issue that featured the first appearance of Bat Boy in the Weekly World News. I fell in love instantly. I didn't follow the rest of the character's exploits in WWN but I occasionally checked in at the supermarket check-out line to see how the the little devil was doing. So finding this book that focuses on the entire Bat Boy saga at Goodwill for 1.99 was a real treat. There is also additional material printed here that was never included in the Weekly World News. So soon I shall wrap up in a warm blanket and soak in the adventures of one terribly misundertood mutant bat/human hybrid. I also own this book:

Bat Boy Lives!: "The Weekly World News Guide to Politics, Culture, Celebrities, Alien Abductions, and the Mutant Freaks that Shape Our World." Which I bought brand new, back when there were book stores that you could walk into and do that sort of thing at, and have promptly never read. This book reprints not ONLY some of the Bat Boy stories, but a TON of the strangest and most shocking stories to see print in WWN. Why I haven't ingested this into my eyes in all this time I cannot tell you. 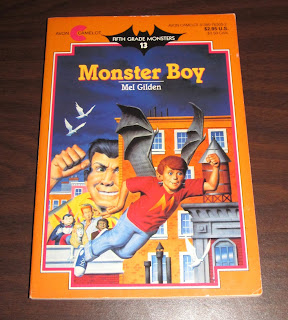 Does anyone remember the Fifth Grade Monsters series by Mel Gilden? I used to LOVE these as a kid! It was full of Fifth-Grade versions of a bunch of classic monsters, like Howie, the werewolf, and D.C. the vampire. I used to read and reread these to death as a kid. This is the only one I've ever found out in the wild searching through thrift stores and used book stores, and I picked it up at "Nice Twice" a thrift store in Ellsworth, ME for a buck. I can find them on eBay and Amazon for fairly reasonable prices, but this is the sort of thing I want to track down on my own. 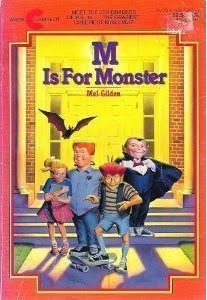 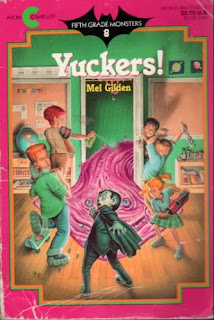 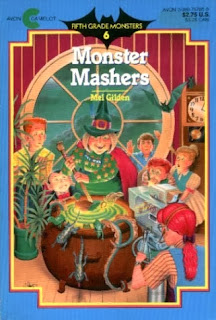 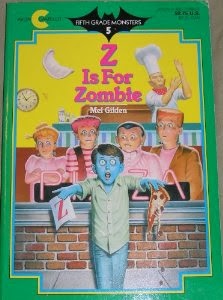 These books loosely inspired me and my friends in Bar Harbor, ME to start a "monster club" when we were kids. The thing was, we all pretended we REALLY were monsters. We didn't just get together and read about monsters... we pretended to actually be monsters. And we never broke character. Well... we did at one point but that prett much destroyed the magic and ended the game forever... but until then, we would stalk the cemetery after school, pretending to be werewolves, vampires, witches, robots in human skin, aliens in human shells, ghost-and-demon possessed people... it was pretty much as varied as it could get depending on which kid we asked to play with us next. All total there were about 10 of us in all. We had a whole mythology worked up around the game, with villainous ghosts that lived in certain headstones at the cemetery, and a heroic spirit who gave us directions. Those are quite literally some of the happiest memories of my childhood. 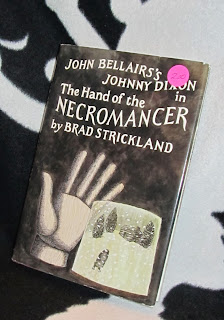 Finally, I bought this book by mistake. I picked this one up at Nice Twice as well, for 2 bucks. I got it home and realized that it was written NOT by John Bellairs, but by Brad Strickland. I make a point to ignore the Brad Strickland "Bellairs" books entirely. The ones he's written from scratch, and the ones he's "finished" from Bellairs's notes or from unfinished manuscripts... or whatever. I don't like the idea of Brad Strickland adopting Bellairs's characters and trying to write new adventures for them. Something about it feels wrong. Those characters lived inside John Bellairs. And when he died they lived on in his books and in our imaginations. Not in Brad Strickland. Not really. I'm sure Mr. Strickland thinks he's doing us all a favor by keeping John Bellairs's legacy alive... I'm sure he's trying to do justice to John Bellairs's stories and trying to ape the style and mood of the genuine articles. I am sure he is not a big, money-grabbing jerk who just wants to cash in on an AWESOMELY spooky book series for his own personal gain... or as a cog in the publishing machine that wants to grab cash for its own nefarious purposes.

My grandmother was constantly buying me books I had never heard of as a kid, and one such pile of books included John Bellairs's The House With a Clock in Its Walls, The Spell of the Sorcerer's Skull, and The Eyes of the Killer Robot, just to name a handful. I think there were more int he pile she gave me as well, but I honestly only really vividly remember those three. The stories were amazing, and the Edward Gorrey illustrations were haunting and mysterious. 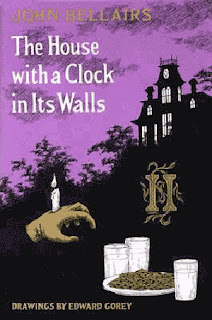 As childhood memories go, those books are some of my creepiest, with only Alvin Schwartz's Scary Stories to Tell in the Dark really topping them. The key aspects to a great Bellairs books were as follows: 1. Friendship, comradery, and a choose-your-family sort of mentality. All of the characters in a John Bellairs novel are misfits in some way or another. They find ways to fit together with other misfits to form familial units based on respect and fun and love. 2. Spooky-a**-s**t going down. There is almost always a slow boil as menace and foreboding build and build until something crazy happens. 3. Things you would NEVER expect. We're not talking vampires or your run of the mill ghosts rattling chains in some Goosebumps cliche. We're talking a killer robot in a baseball uniform that springs to evil life when you pop its eyeballs into its sockets. We're talking a clock, ticking down to some ominous, evil event that can be heard by pressing your ear to any and every wall of a house. We're talking about a piece of doll-house decoration that actually turns out to be cursed human remains. If I didn't have you at KILLER ROBOT then you should have just clicked somewhere else.

But I have decided that I may do a marathon read of all the Bellairs books I own... and then I may give some of the Strickland books a try, just to give him a fair shake. But I will probably hate them. Just saying.

Well that's it for me tonight kids! I'll be back again soon with more Gorey Goodwill Goodies! Until then, Happy Haunting!

Be sure to check out all of the great blogs participating in this year's Halloween Countdown! You can do so by clicking this link, or clicking on the Cryptkeeper 2013 banner on the sidebar to the right! Also, check out the "Blog-O-Ween" Halloween Blog collective, again by following this link, or through the badge on the sidebar! Thanks!
Posted by Derek Ash at 3:14 PM