So it's League of Extraordinary Bloggers time again! This week topic:

Well, since I got up at the butt-crack of dawn as a wee one and stayed glued to the T.V. pretty much from 6 am to Noon (when the boring grown-up stuff came on) I'm going to give you 6 full hours of programming. I'm going to break each hour down into a theme, and I'm going to slip into an adult sized set of footy pajamas and pour myself a bowl of sugary cereal that will tear the roof of my mouth off... and I'm going back in time to when Saturday morning really meant something!

NOTE: I did not include a ton of youtube videos. I just felt like it would have made the article go on FOREVER. But I included one for Punky Brewster, because she deserves it. Almost all of these shows have at least theme-songs on Youtube, so you should totally go check them out!
ALSO: I have made revisions to this list, gotten rid of a 5 hour block of honorable mentions, and simply tacked on an additional hour of viewing pleasure at the end, to be (in my mind) less annoying.

See the full line-up after the jump! 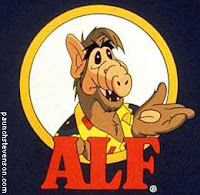 My first two shows of the morning would be two characters I already loved as sitcom stars. First, we'd have "ALF". Good old Gordon Shumway goofing around on his home planet of Melmac, before the planet Earth or the Tanners ever entered his life. I looooved stories of ALF's early life. I used to collect piles and piles of ALF collectors cards JUST for the Melmacian Bouillabaseball cards. 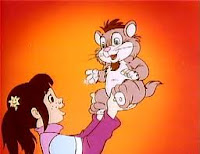 Next... "Punky Brewster". Oh... Punky. My crush on you was so chaste and innocent... but girl I would have rocked you like a Hurricane.In this show Punky had a magic side-kick, Glomer who I thought was adorable and relevant. I desperately wanted my own Glomer. He was the best parts of a Mogwai and ALF mushed together... and he granted wishes! And I thought the theme song kicked it like nobody's business.

Next up we have the sleuths. "Scooby Doo" was one of my absolute favorite shows while I was growing up. I also had a terrifying crush on Velma where I dreamed of dressing up as a cowboy and dancing with her (I was a strange kid) until she fell in love with me too. I though the monsters were terrifying, but seeing Scooby and Shaggy pull Bugs-Bunny-esque shenanigans on them always made me feel better. 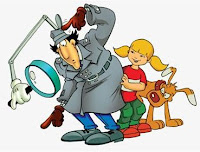 "Inspector Gadget" was excellent, and it starred another of my young crushes: Penny. But the whole adventurous premise of this show was a dream come true for me. The bungling hero backed up by the competent kid and her faithful, cool-as-shit, suave dog in disguise. Another theme song that really got my groove going too.

To kick off an hour of game-themed T.V. we'd start with "Dungeons and Dragons". The young me thought this show was pure magical fun. Equal parts light-hearted and scary as heck. Colorful characters in a colorful world made even more interesting by the bizarre supporting characters brought in each week. 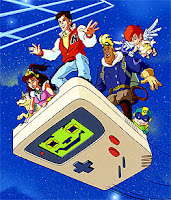 "Captain N: The Gamemaster" would round out the gamer hour with his Nintendo-world adventures. I thought his team of NES superheroes were excellent, and villains like Motherbrain and King Hippo were just hilarious to me. I have always been a fan of shared universes in my cartoons, and one starring all my favorite game heroes was just a brain-meltingly cool idea. 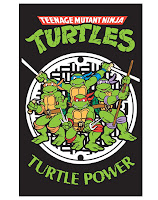 There was no way I could leave the "Teenage Mutant Ninja Turtles" off this list. The adventures of the four brothers in ooze and their rodent sensei could not be left out. No way, no how. This show was one that I watched obsessively. I didn't realize it was goofy or comedic at the time. I felt it was as serious as a heart attack. 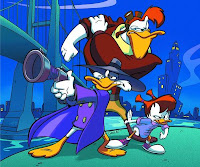 "Darkwing Duck": The Terror that Flaps in the Night is another absolute FAVORITE from my childhood. I though everything about this show was cool, from the costume and gas-gun, to the rogues gallery. Episodes where heroes and villains teamed up made my flesh break out in goose-bumps. This show was so cool. 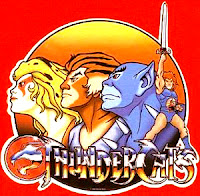 This hour is populated by another 2 shows that I can honestly count as some of my all-time favorite shows. While Masters of the Universe sometimes just felt flat and obvious in its attempts to advertise toys, I felt like "Thundercats" was a real sci-fi/fantasy blend that really wanted to build a world, a mythology, and had its own bizarre flavor. (Of course it had its own toy line to sell, but it didn't feel like that was all it was out to accomplish.

"The Real Ghostbusters" came deliciously close to being truly disturbing and a little too intense for kids. There was always a real element of wrong-ness to the ghosts, demons, and monsters that the heroes had to face that made me squirm a little. As terrified of EVERYTHING as I was as a child, this show was another (Like Scooby Doo) that made me feel like I could face up to a lot of my childhood terrors. 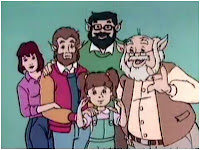 As a kid, I desperately wanted to be a werewolf. So watching "Teen-Wolf" the cartoon, starring an entire werewolf family (with their own little wannabe werewolf) was a dream come true. And the werewolf design in the cartoon was a much cooler one than in the movie, in my opinion. I loved that the show had all the characters from the movie, but also built up Scott's family.

I was actually a Freshman in high school when the "Back to the Future" TV series came out so it was a guilty pleasure at the time, because I loved the movies so much. I felt like I was too old to be watching them (I wish I could go back and tell that adolescent me "It gets better.") so I didn't really get to see the whole series, but just the fact that Marty McFly and Doc Brown featured in their own cartoon was enough to pull me in. Plus, a block of Alex Keaton really would be a dream come true. 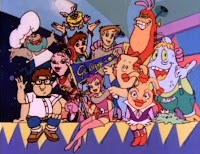 The penultimate show of the day is one of my all-time favorite cartoons. "Galaxy High" only had one short-lived season, but it was enough to ignite my little brain with imaginative adventures in outer space school. The aliens were weird, and the story lines weirder. It was a great show with no toy line to sell, and nothing to prove except to be exciting, creative, and fun.

And the big finish: another of my absolute favorite shows as a wee-bit... "Kidd Video". I loved stories of people getting sucked into worlds not their own (see Captain N, Dungeons and Dragons, Galaxy High, etc.) and this show that showcased popular music of the time and told the story of a group of kids in a band swept away to a cartoon world (the characters are aware of the transformation from flesh to cartoon) ruled by the evil Master Blaster and his Copycats. I was so obsessed with this show when I was in grammar school that every picture I drew featured these characters.


I suppose that's it for me, but be sure to check out some of the other line-ups from the other League Members:

- Brothermidnight over at Green Plastic Squirtgun is heavy on the dinos and things that go bump in the night.

- ShezCrafti over at ShezCrafti has a line-up very much in the same mind-set as mine, but with more hardcore superheroes.
Posted by Derek Ash at 6:55 PM