It's League of Extraordinary Bloggers time again ladies and gentlemen!


Who would you take in an 80′s character fantasy draft? Your team’s goal will be to defeat a shady conglomerate of Russian businessmen and their team of hired ninjas. It’s go time.

I swear the League is one of the most bizarre group of fellas and femmes out there. So... Here goes my fantasy draft: 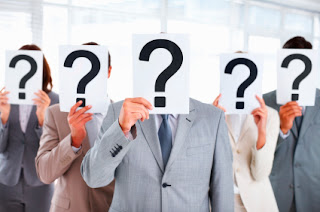 See who's on the team after the jump! 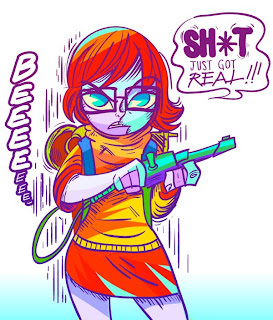 As one of the resident brains of the group, Velma Dinkley is cute, vivacious, and up to the task of leading this rough-and-tumble, rag-tag, league of extraordinary 80's gentlemen. She's a super-sleuth, smart as a whip, sharp as a tack, and has the technical know-how to prove it. She would of course take a temporary leave from Mystery Inc. to help out in this top secret mission. (and yes, that's a Ghostbuster's Proton pack, she's borrowing from Egon Spengler, another of her sugar daddies) 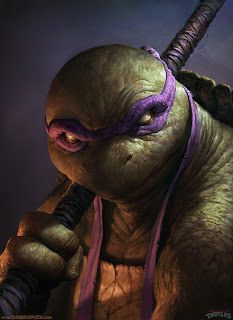 April O'Neil may rock the yellow jump-suit, but Donatello, the resident nerd of the TMNT set, only has eyes for that orange turtleneck. With a quick call from Velma, Donnie is on a jet-powered skateboard and on his way to help advise on all things 'ninja'. When he and Velma rub their minds together they have the combined brain-trust needed to control the other members of the team. Which they will need, considering they have to keep a leash on: 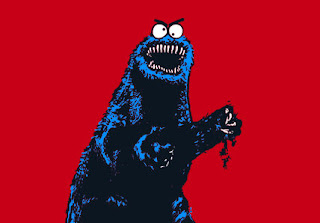 Cookie Monster!!! It doesn't take a Scooby Snack to get this monster motivated. Speeding out of Sesame Street hot on the scent of Velma's special recipe, Cookie's ready to take on the bad guys as this groups resident muscle and madman. think Mr. Hyde or The Hulk revved up to 11 and ready to take a bite out of crime! 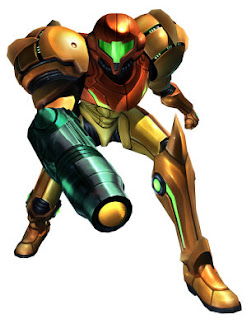 This mission would be during her down-time while vacationing on earth, but Samus is still more than enough to tackle ninjas in either her zero suit OR her power suit. Lithe and limber in either gear, she has the skills and the moves to take on the enemy, and an array of weapons almost as impressive as the final member: 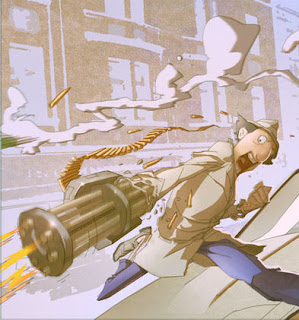 Inspector Gadget! Throwing off the faux stupidity he uses to lull Dr. Claw into a false sense of security, Gadget will be making sure that Penny and Brain stay well away from a mission of this level of severity. With them out of the way, Gadget is free to unleash the full power of his arsenal, and his blood lust that he normally keeps tightly tied down.

So that's it for my Fantasy Draft! I think this would be a kick-ass and unexpected team. Tomorrow I'll be back to fast and furious shorter posts, but I just couldn't ignore the call of the league!

Check out some of the other League's Draft Picks:

- ShezCrafti has some very original (and VERY 80's) picks on her list.

- The Lord of the Dork Horde goes "Full Action Figure" on those ninjas.

- Our fearless League Leader Brian says it all with one star-studded poster.

- And new member Classick introduces us to a Battalion of "Brotherly" love. You'll see what I mean.
Posted by Derek Ash at 4:43 PM