So, I made a quick stop into Goodwill on Saturday while we were out doing laundry. There were a couple of books I'd seen on Friday that I'd passed on but felt like going back for, and any time I go back to the toy department, there's always a good chance that something new has been put out since the day before...

So here's what I got: 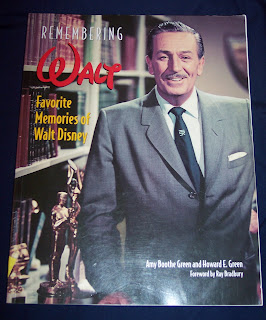 So first up is this book about Walt Disney from Disney Editions. "Remembering Walt: Favorite Memories of Walt Disney" by Amy and Howard Green. With a foreword by Ray Bradbury! I actually dithered back and forth on whether to pick this book up Friday evening, because I thought it looked interesting, but wasn't sure I wanted it. Well... Saturday during my Quick Stop... I wanted it. So I grabbed it. It's a huge volume with a ton of photos and memories about Walt Disney, commenting on his life, his family, his creations, and his career. I know there are tons of divisive opinions of Walt Disney, his legacy, and Disney as a corporate entity... but I really love a lot of the things that Disney has given to the world over the years, and I am a sucker for books like this about industry giants. I found another book just like this one about another entertainment icon that I brought home Friday... but I'm saving it for my Countdown to Halloween. I brought Walt home for 2.99. 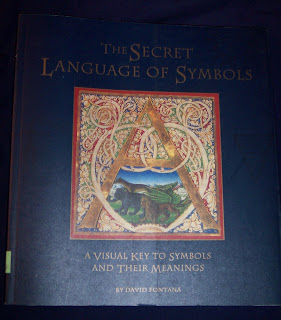 Next up we have this book from Chronicle Books by David Fontana called "The Secret Language of Symbols". I have a huge interest in the history of symbolism, and the whole book is broken up into groups of like symbols. If it analyses mythology, symbolism, mysticism, or whatever, I'm usually there. I'm not necessarily a believer in magic or spirituality, but I find those topics and the effects they have on human belief and behavior to be fascinating. This was another book I'd considered on Friday, and went back for. 2.99. 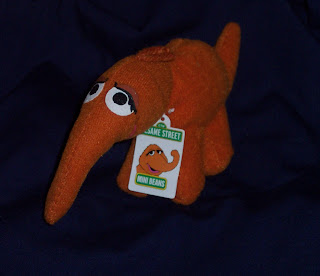 This is one of those tiny Sesame Street beanie characters they were doing as cereal premiums back in 1999. I am a huge Muppets/Sesame Street fan, and Snuffy is an obscure enough character to make me love this little guy. I picked this up for .99 cents. Between this and the Honker I picked up a few weeks back, I'm starting to think beanie characters might become a problem if I let them continue to come home. I remember as a child, Snuffy was a character that would only hang out with Big Bird. No one else believed that he existed, because he was so shy he would run away when Big Bird would try and show him off. It was terribly frustrating to the little me. So now... I have evidence. 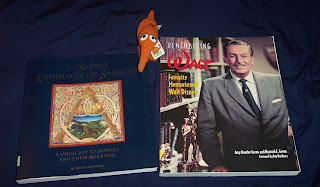 Here's a picture of the Quick Stop haul. I was pretty happy. There will be less and less Quick Stops coming up as I have to watch the old budget now that we are moving into a new house... but they'll still happen from time to time, I'm sure of it.

We made a trip into Bangor this past Sunday to go school shopping for my daughter. While we were out, I hit both the Brewer, ME Goodwill, and the Bangor, ME Goodwill. In the next few days, I'll share some of my finds from those two stops. They weren't Incredible, but there were a couple of finds that really made me happy. I'll show 'em off soon.

Until then, happy hunting!
Posted by Derek Ash at 4:11 PM