So a quick post today, detailing another quick stop I made at Goodwill a few weeks back.

I found a trio of books and that was about it... no toys... but the books do look interesting.


See 'em after the jump!


My apologies for the dressed-down nature of this post... but I forgot to get single pictures of these three books before I packed them away to move... so hopefully you can see all you need to see in this group shot: 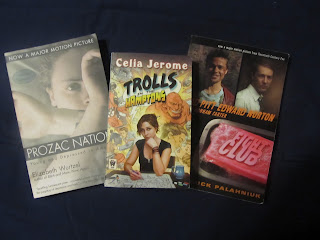 So the three books I picked up in this quick stop are not super geeky at all, with one exception.

They are (oh I know what I'll do... I'll just crop them and tweak them for close-ups. WON'T BE AWKWARD AT ALL): 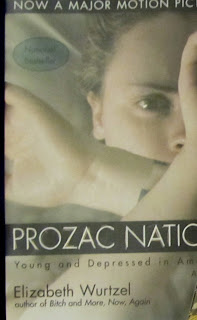 "Prozac Nation" by Elizabeth Wurtzel.
Not really sure why I picked this up, to be honest. It kept jumping out at me for about a week, and in fact there were two copies of it slithering their way around the book section that I just kept looking back at, over and over. Well, a quick stop is the perfect time to grab a book like that. This time, when it jumped out at me, it came home with me. Weird as it sounds, a memoir about depression and addiction can sometimes be exactly what the doctor ordered. Nothing else to say about this book. 1.99. 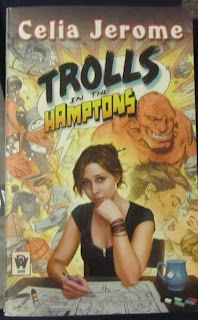 "Trolls in the Hamptons" by Celia Jerome
So, this was yet another book that kept catching my eye, and it's really the only stand-out book in the "geeky" category. It's about a comic book artist who in an attempt to fight off creator's-block, invents a troll superhero. Well, said troll decides a life of fiction is just not enough, and it begins to appear in the nearby area, causing trouble. Apparently our artist is the only one who can see Mr. Troll, but she is not the only one aware of him, as some sort of pseudo-government agency equipped for just such weird happenings swings into action. It sounded fun, but I just wasn't feeling it (and I suspected this might be some sort of cheap harlequin romance novel dressed up as sci-fi/fantasy) until I saw that on that particular night that the tag on this book was the half-off color. So I got it for .50 cents. 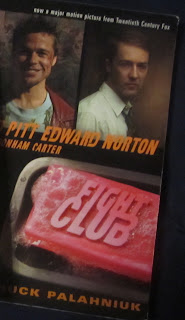 "Fight Club" by Chuck Palahniuk
Confession time: I have never seen this movie, and I have never read this book. I have friends who swear that Chuck Palahniuk absolutely walks on water and writes no wrongs. We'll see. After the book, I will then watch the film, and see if I'm as awed by it as everyone else has been. Of course, the BIG secret has already been spoiled for me... but I think it'll still be pretty good.

So that was my quick stop from a few weeks back. Any day of the week, I can go into my local Goodwill and (probably) find at least one item that wants to come home with me. Keep your eyes peeled, and Happy Hunting!