As promised, I'm still trying to do some short and sweet blog posts for this week, while we are moving from house to house. Today I'm focusing on another single item, and here's your hint: 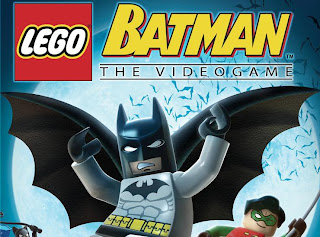 See what it is after the jump!

So here it is. Today's item is a LEGO Batman Happy Meal Joker figure... sans weapon. 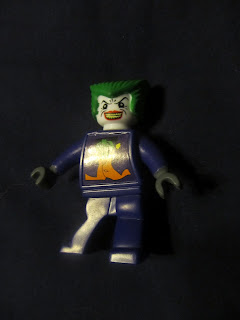 Apparently he was supposed to come with a fist-punching jack-in-the-box style weapon, but when I found him for .99 cents, he was all by himself. :(

So, I am not a video-gamer by any stretch of the imagination, but I swear that the LEGO games were designed specifically for me. They are not impossible to win, and there's endless lives. It's my kind of thing. Start Wars and Batman are the two I've played (mainly because I haven't been super interested in Indiana Jones, Harry Potter, or Pirates of the Caribbean) but I played them to DEATH.

I also have a LEGO Batman figure from this same Happy Meal series, that I actually got out of a Happy Meal. So they have a lot to talk about, the Clown Prince of Crime and the Dark Knight.

When My Geek-Cave is finally put together, you guys will see where they hang out.

Until then, Happy Hunting!
Posted by Derek Ash at 4:11 PM

Email ThisBlogThis!Share to TwitterShare to FacebookShare to Pinterest
Labels: Batman, LEGOs, The Joker