10 days later and I wasn't even going to bother with posting anything about my birthday because I didn't really get anything Halloween-y for my birthday anyway... Until today. Wanna see what I got? Let's take a look!

Out of the gate we're starting with the non-Halloween-y stuff, of which the MAJOR gift this year was this set of Disney Infinity Marvel: Guardians of the Galaxy figurines! Before anyone asks: No, I do not own the game... or even a system to play it on. But I LOVE Guardians of the Galaxy, and I LOVE the animated-style of these figures. They are simply stunning, and make a great addition to the shrine I am currently building to the GotG. 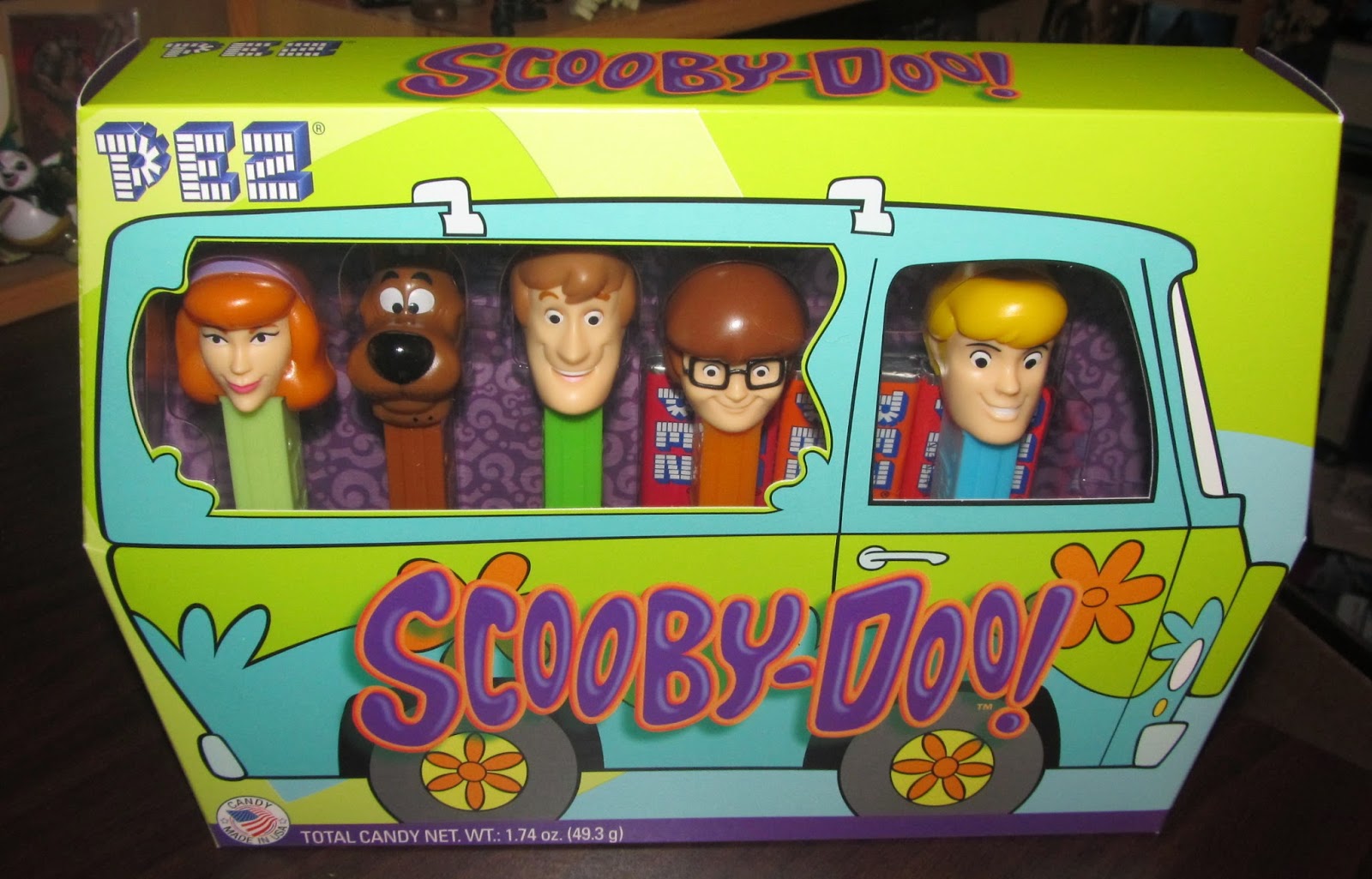 Slightly more Halloween-y is this Scooby-Doo PEZ set, which I mentioned during my tour of the Halloween aspects of my Geek cave... so I won't go into great detail here again. BUT PEZ + Scooby-Doo = AWESOME!!! 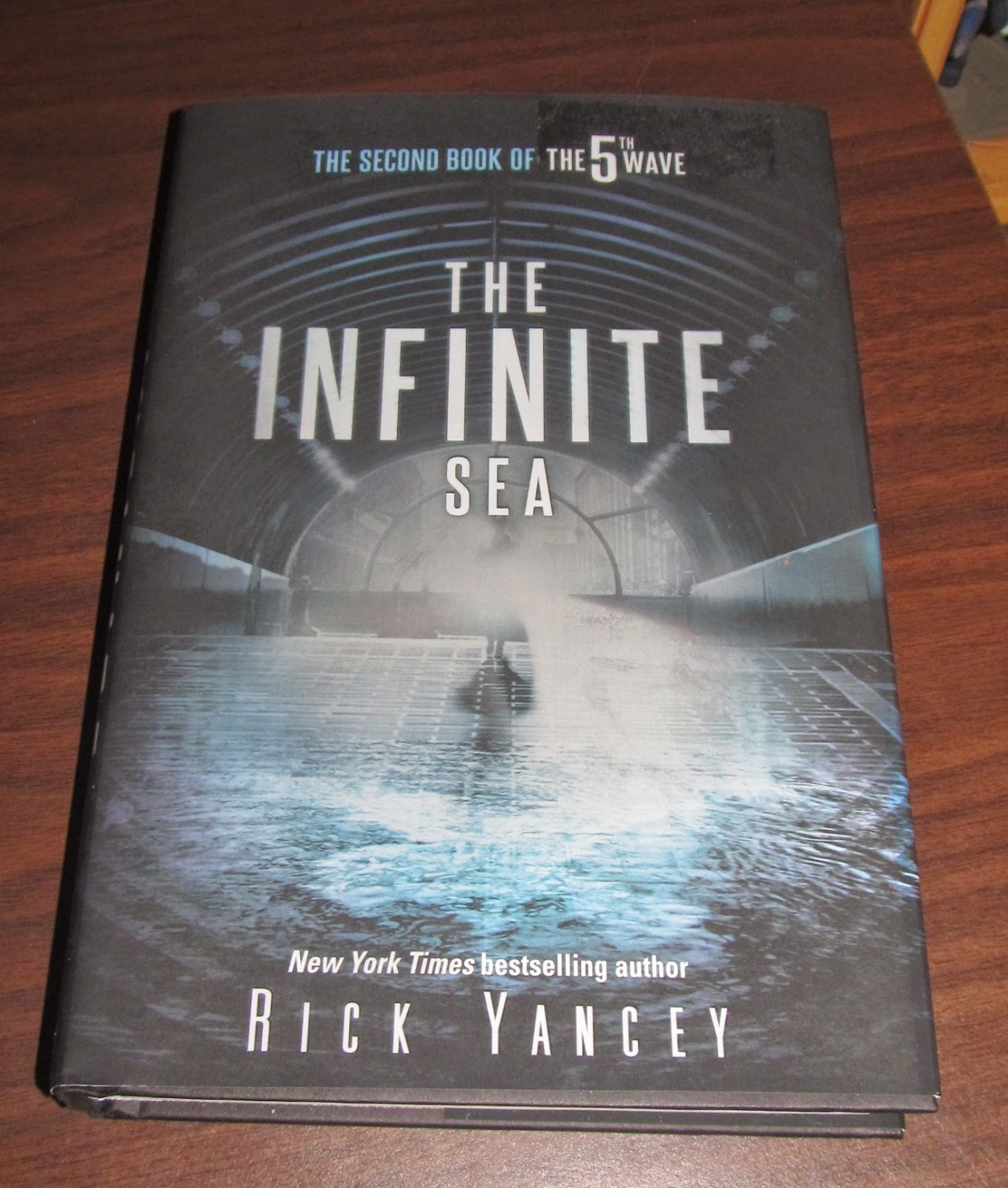 My daughter got me this book The Infinite Sea which is the second book in the 5th Wave series by Rick Yancey. This author is currently one of my favorites and this series is just GUT-wrenching.

This set of TMNT PEZ dispensers was a last minute purchase by my wife the night of my birthday. Again... PEZ + Almost anything = AWESOME. 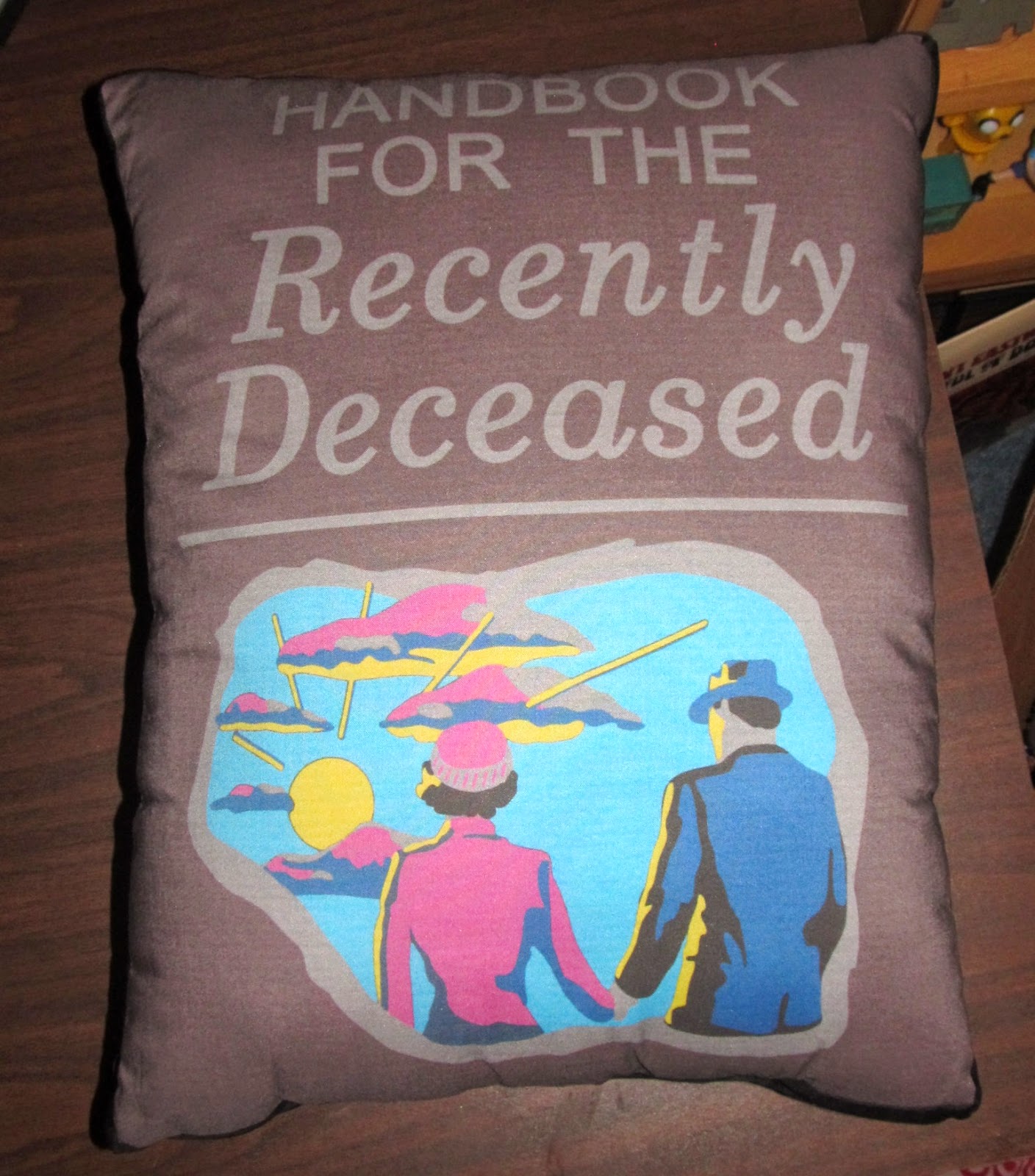 NOW. The inspiration for this post was the fact that when I arrived home today my wife's cousin gave me this awesome pillow from www.Horrordecor.com the creators of the Horror-Buddies line. This Handbook for the Recently Deceased from Beetlejuice is perfect for the chair in my Geek-Cave!!! Gorgeous AND functional! 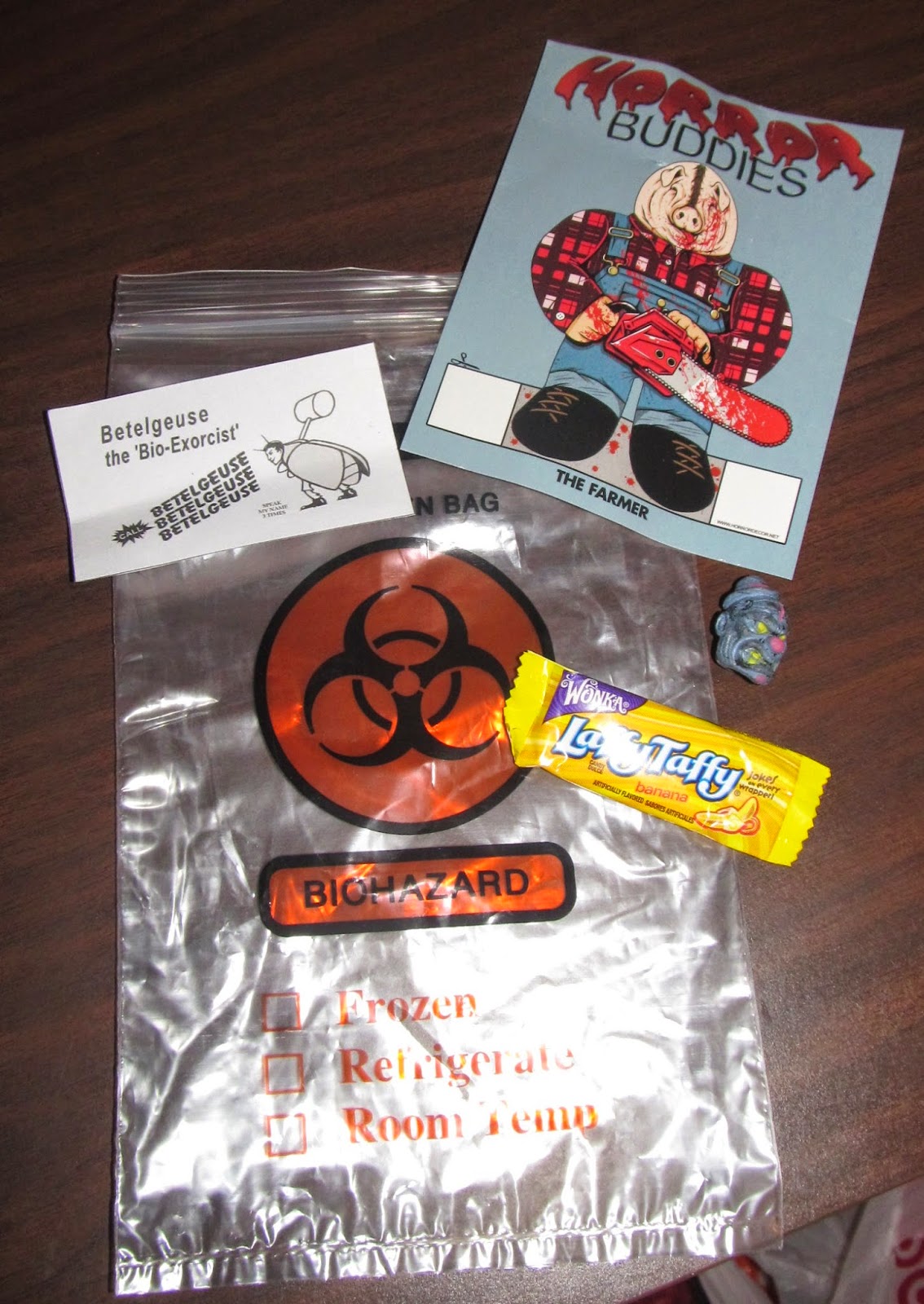 The pillow came with a bag of (biohazardous) random goodies as well, including a Betelgeuse business card, a postcard of the Farmer from Motel Hell, a banana Laffy Taffy (which I promptly ate) and my favorite part: a random toy evil-clown head. 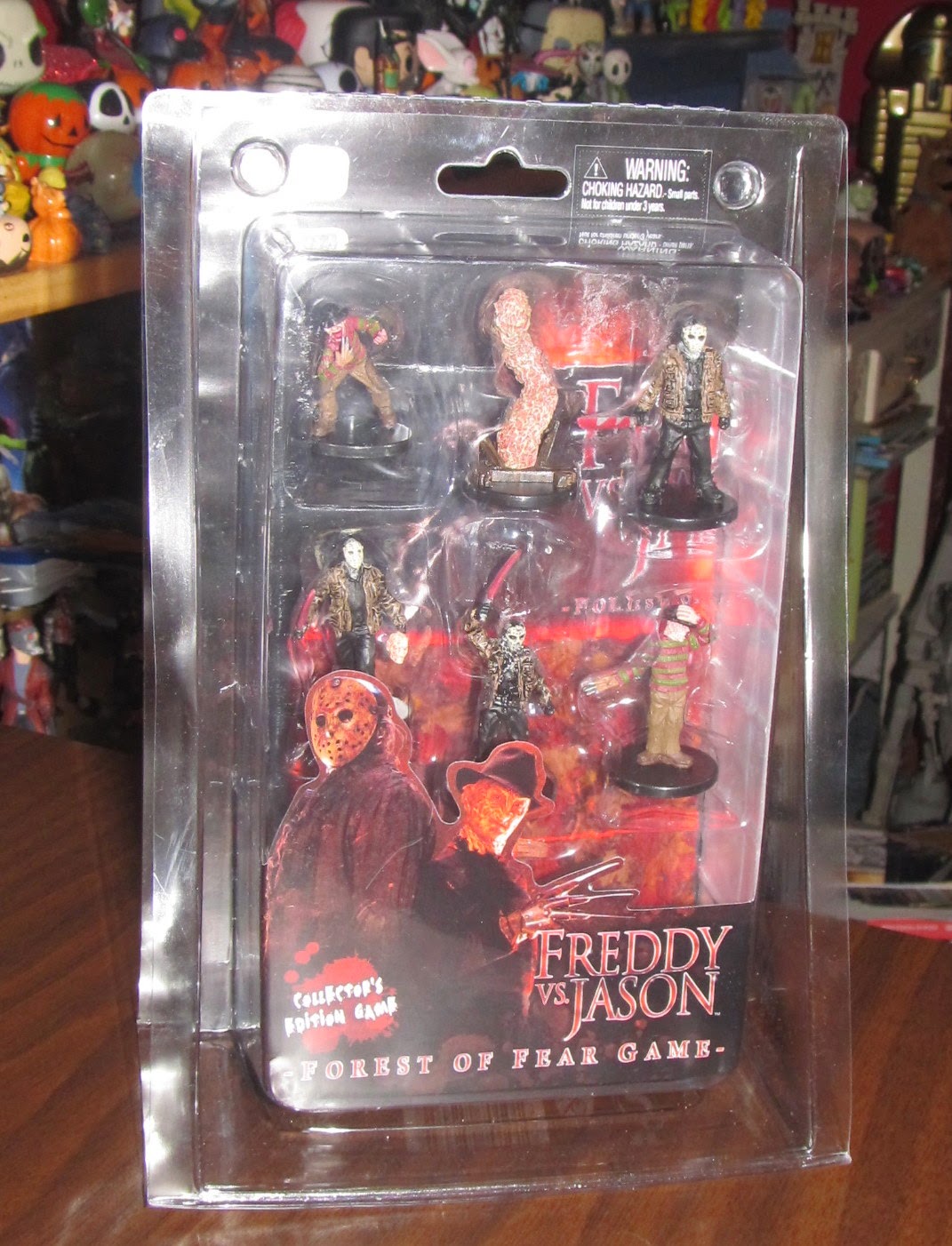 My wife greeted me with a late birthday present as well. A "Freddy vs. Jason: Forest of Fear Game" from Neca! She found this for four dollars at Mardens, a local chain of salvage and overstock stores here in Maine. Marden's doesn't always have awesome stuff... but when it does... It's INSANELY awesome stuff. Like this. 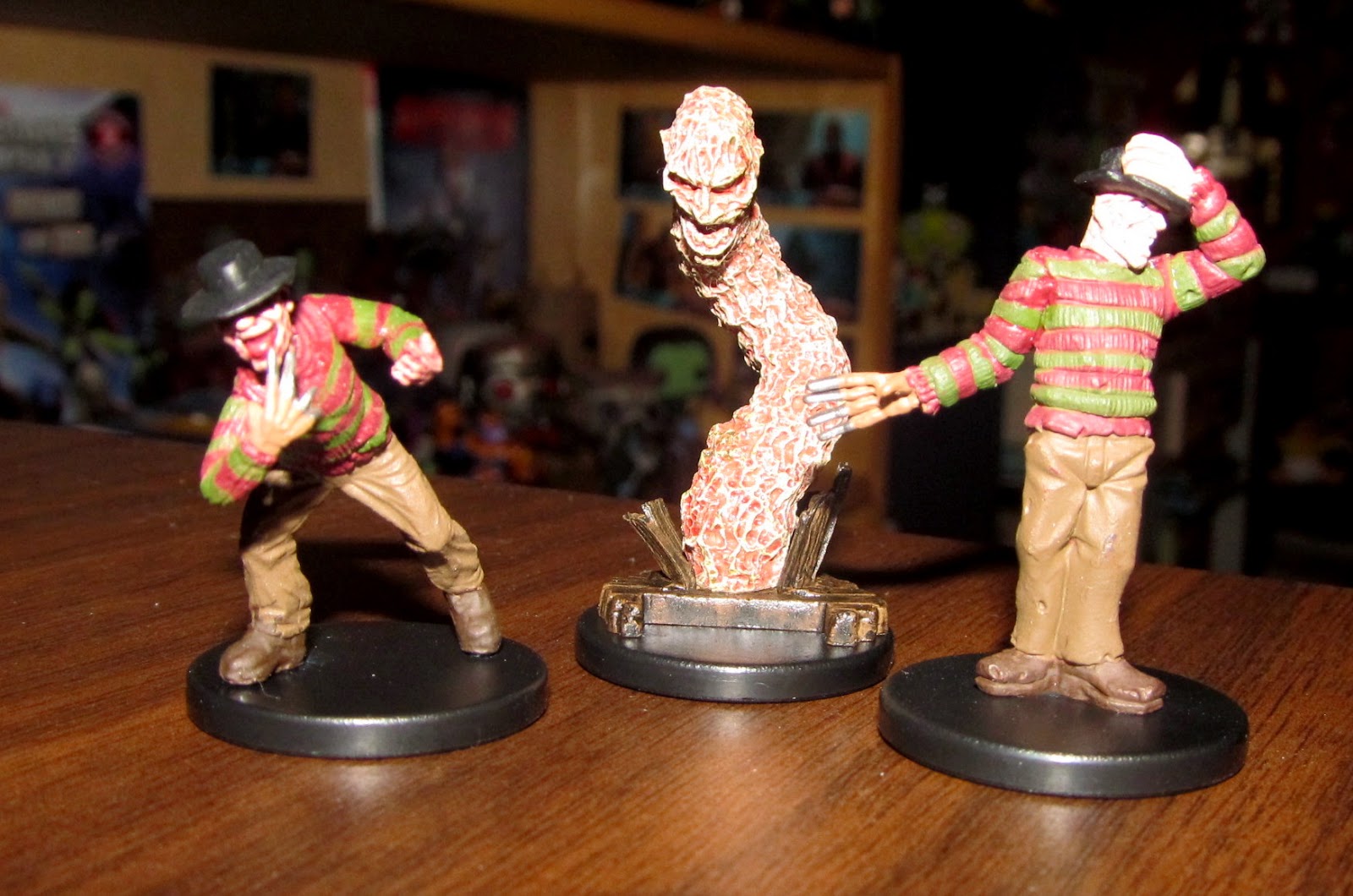 Here's a look at the Freddy Krueger pieces from the set. I'm loving all three, but if forced to choose I think the Freddy on the right is my favorite. I like worm-Freddy too, but I'm almost always more of a sucker for the iconic versions of characters vs. some sort of gimmick. 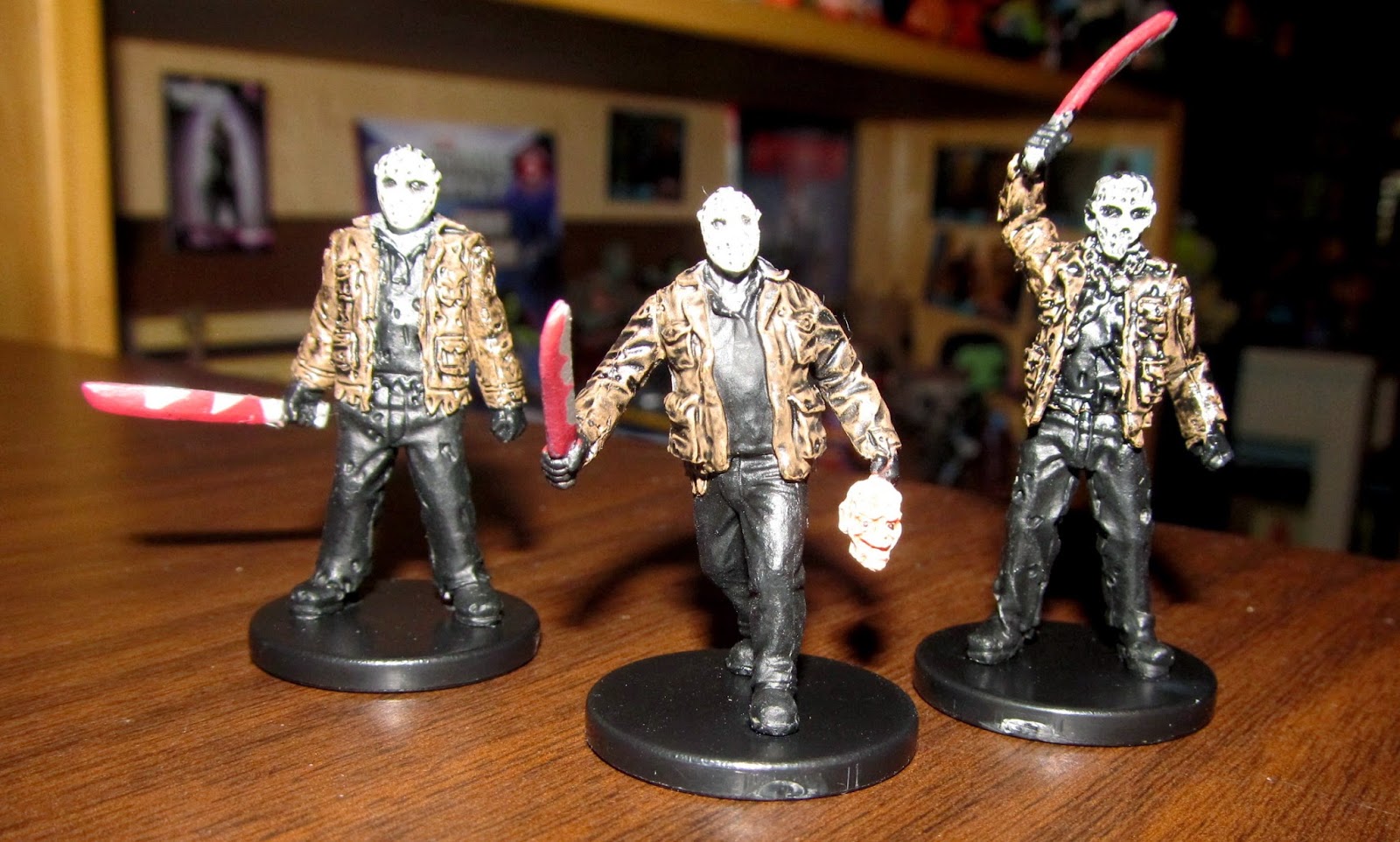 Again, if forced to choose my favorite Jason Voorhees, I would probably go with the Jason on the left this time. Although, the Jason in the middle is carrying Freddy Krueger's head, which is pretty badass in its own right. (I apologize for the crummy photographs throughout the post. Not even gonna make excuses.)

On a side note, another MAJOR birthday gift from my wife was a road-trip to three different Goodwills on the day of my birth, as they give you 25% off your purchase if its your birthday and you have a discount card with Goodwill. So I went on a Goodwill SPREE too.

That's it for tonight kids! I'll be back with some Ghostly Goodwill Goodies soon enough. Until then... Happy Haunting!