Welcome! Due to Birthday celebrations yesterday I never got around to posting this... So I missed a day. Not going to let it bother me: 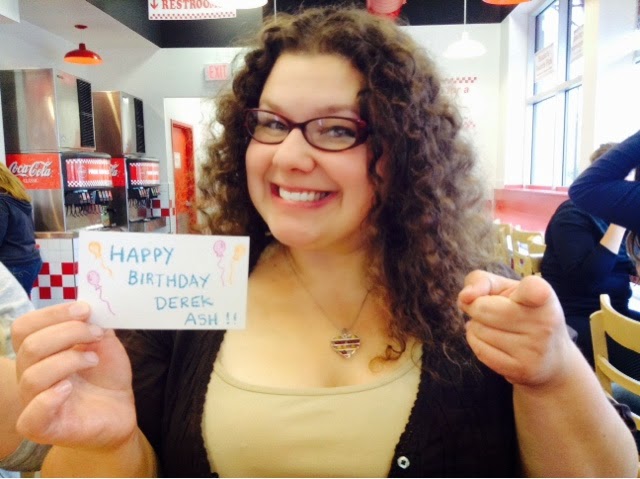 Today I'm not talking about Goodwill finds, but I am featuring some secondhand geekiness in the form of a SECOND package that came from the ever-generous Sir Brian Lapsley! 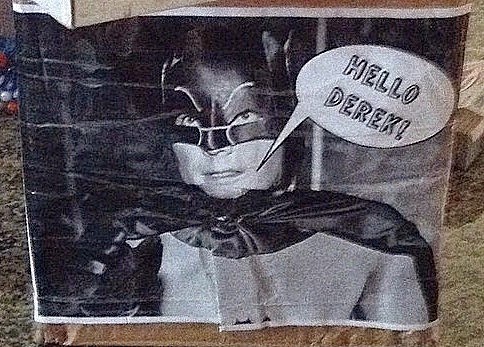 So above is a grainy took-it-with-my-iPod photo of the image on the outside of the box that I took when it arrived (It was a good mail day! John Gaither I haven't forgotten you either, promise!). I held off on sharing this specific package because it has such a Halloween-y slant to it. 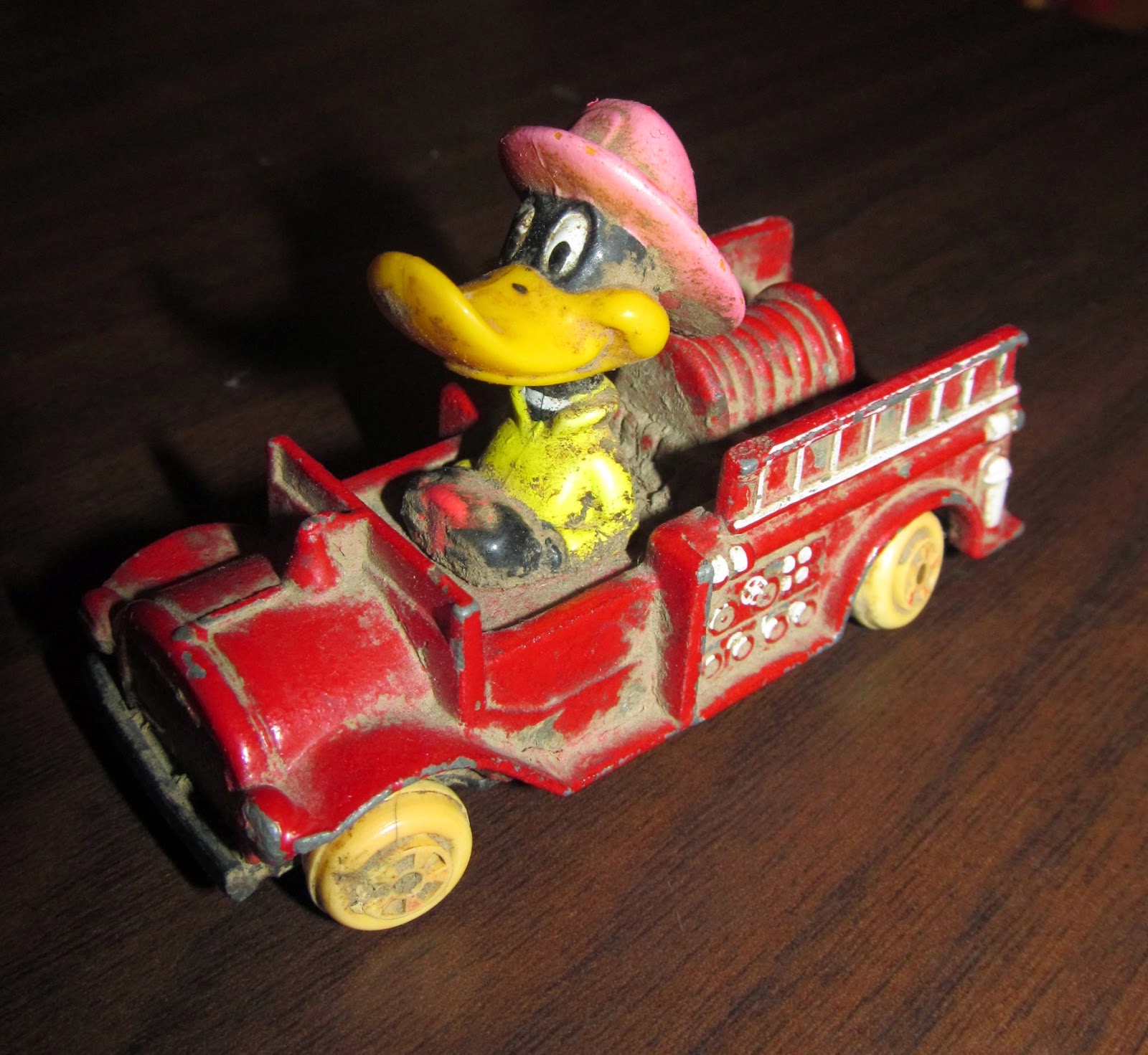 Well, I mean not this part obviously. There was this Daffy Duck driving a fire-truck included that I guesssss... you could saaay... is Daffy in a costume... sort of. 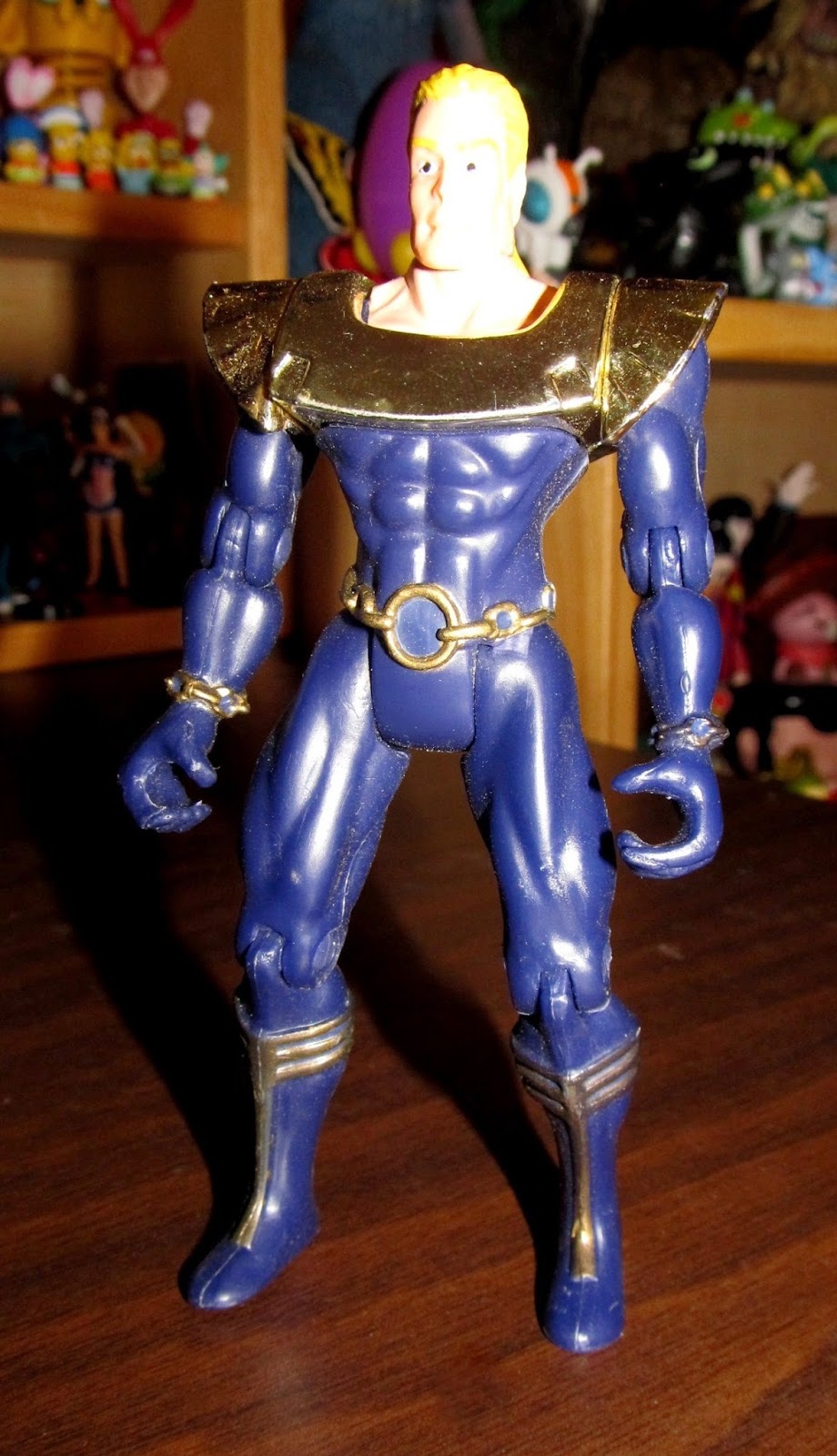 And this guy is in a csotume too! See? I made it work! ("This guy" by the way is Hardcase from the Ultraverse books, back in the 90's.) 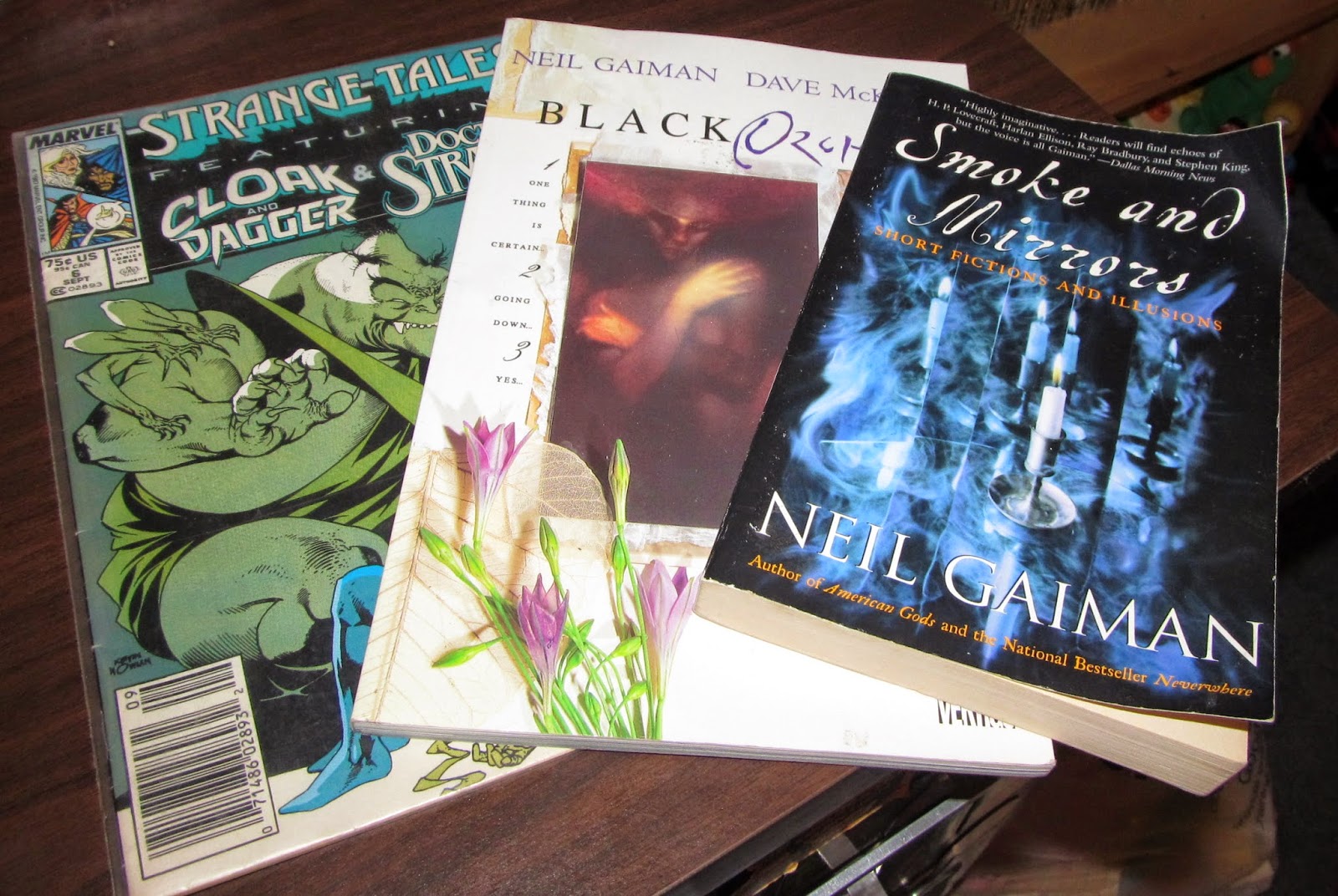 Mr. Lapsley included some Neil Gaiman/Comic book goodness. I should have gotten a better shot of the Strange Tales comic from Marvel, as it features not only Dr. Strange, but Cloak and Dagger as well! Probably my favorite long-running, non-one-shot or mini-series starring any of these characters actually. Neil Gaiman has nothing to do with Strange Tales, so I honestly have no idea why I included in the same picture... but these are the life choices I've made and now I'm 36 so there's no real going back. Black Orchid and Smoke and Mirrors are two different books that ARE written by Neil Gaiman, one of my all-time favorite authors. One of those happens to be a comic book too... so the connection is tenuous but there. All amazing items that I now own. 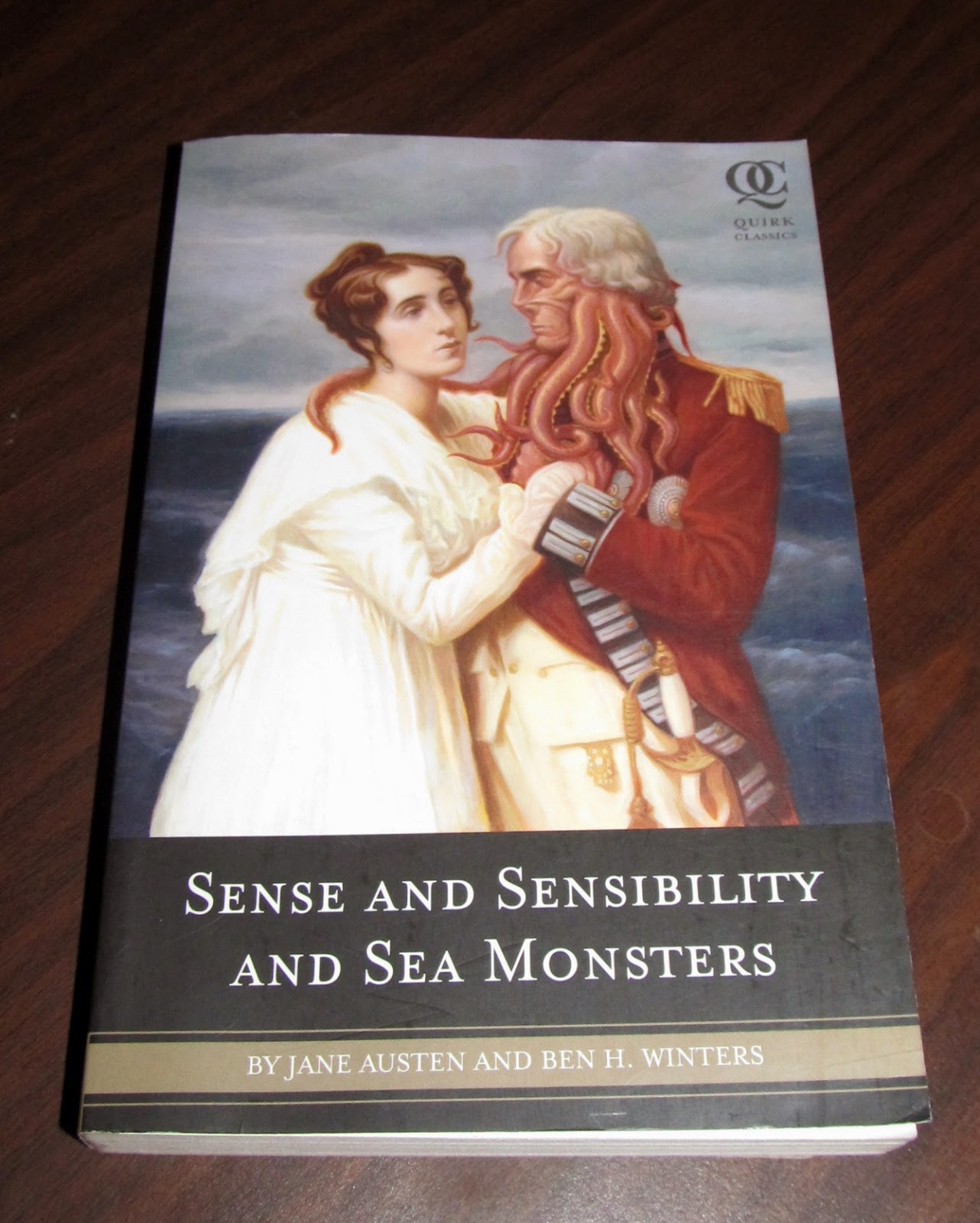 I've read Pride and Prejudice and Zombies, and I legitimately enjoyed it. I doubt I would have ever read the zombie-free version. I though the idea was great. It was when Sense and Sensibility and Sea Monsters and Android Karenina came along that I thought maybe they were going overboard with the concept. I now own this though, and since it was a gift, I am going to give it an honest shot. I mean, adding sea monsters to Jane Austen can only make it more interesting, right? I never look a gift book in the mouth. 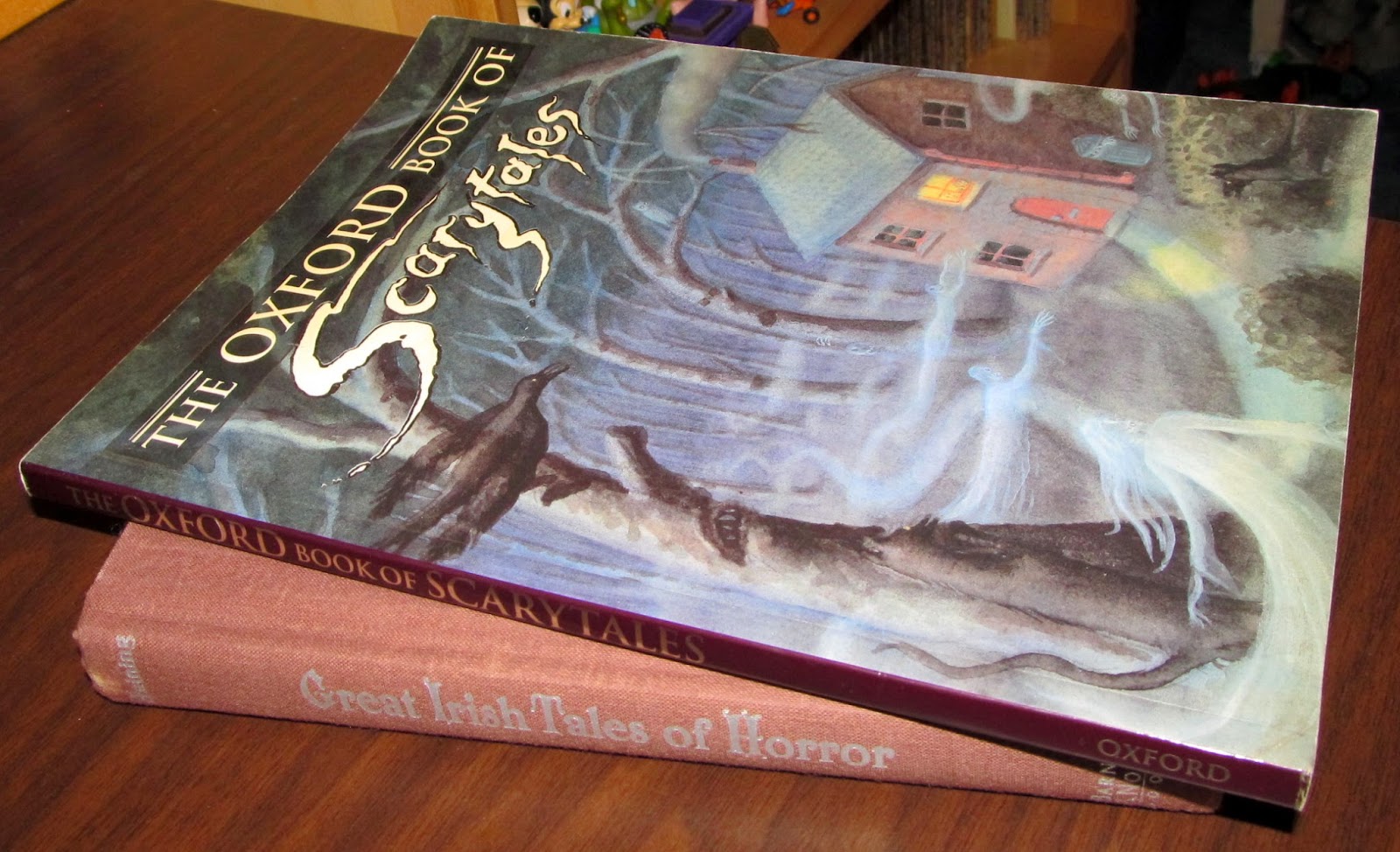 Now we're talking! Here we have a couple of scary story collections, "The Oxford Book of Scary Tales" and "Great Irish Tales of Horror" which I have tossed on this year's Halloween reads pile. 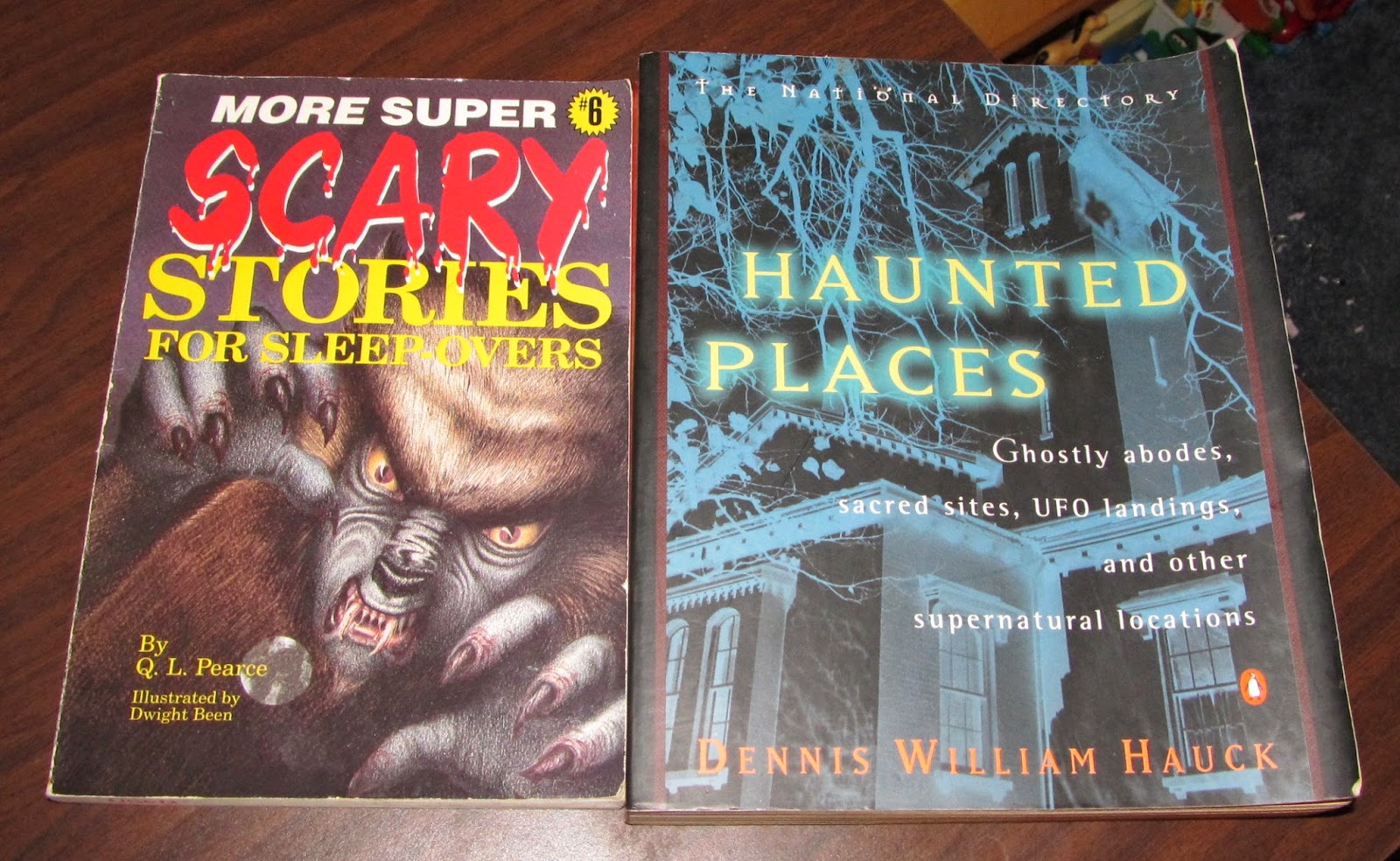 And also joining the pile are "More Super Scary Stories for Sleepovers" and "Haunted Places", which I also can't wait to read! Look at these things! 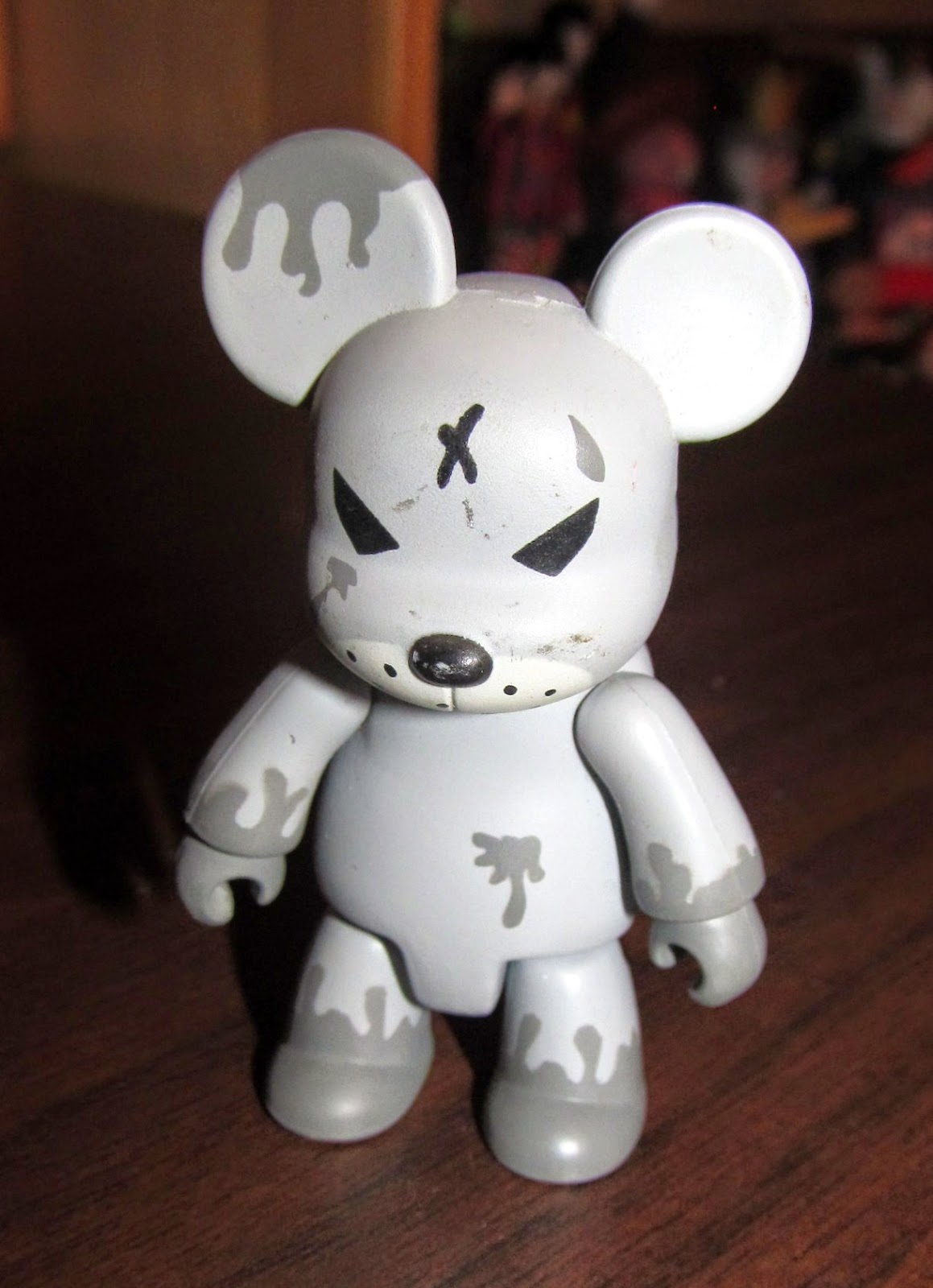 And finally, this beautiful guy is a Frank Kozik REDRUM Qee! 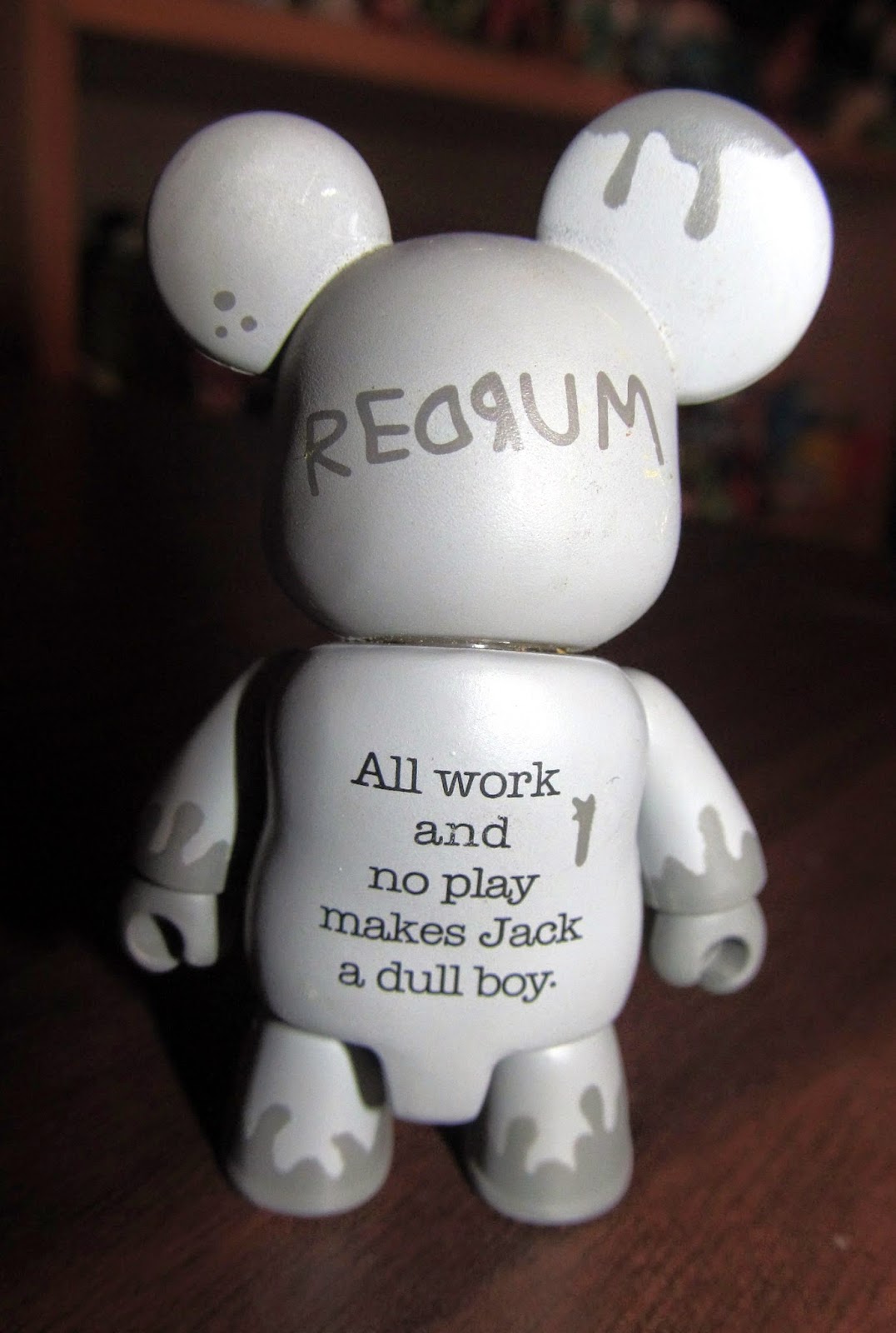 I think he speaks for himself. 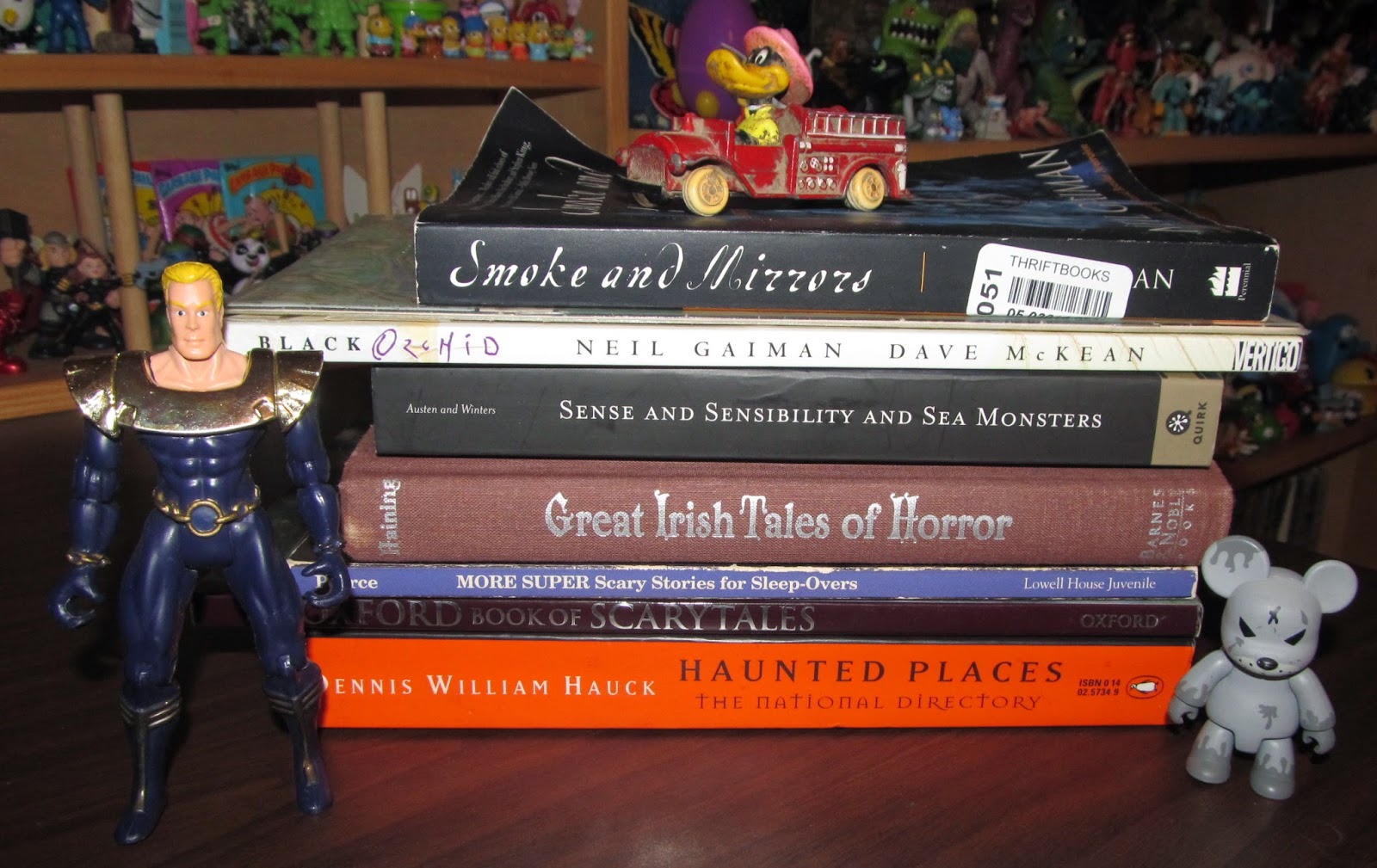 I (again) want to heartily thank Mr. Lapsley for his generosity. He is a kind and giving fellow, and he even ended up making a contribution to my Halloween Countdown! Thanks!

That's it for tonight kids! I'll be back soon with more goblin-y Goodwill Goodies soon enough! Until then, Happy Haunting!
Posted by Derek Ash at 3:15 PM