So for this year's countdown I thought I would focus a bit more on kids' books. Whenever I'm not doing a full-on post about a haul of Goodwill items or some other topic, I'll be featuring a Halloween book for children that I've found at Goodwill. I make it a point to look for cool Halloween books all year round, so I've accumulated quite a pile to feature this month. And to start off, I'm featuring one of my new/old favorites: Hubknuckles by Emily Herman, and illustrated by Deborah Kogan Ray. 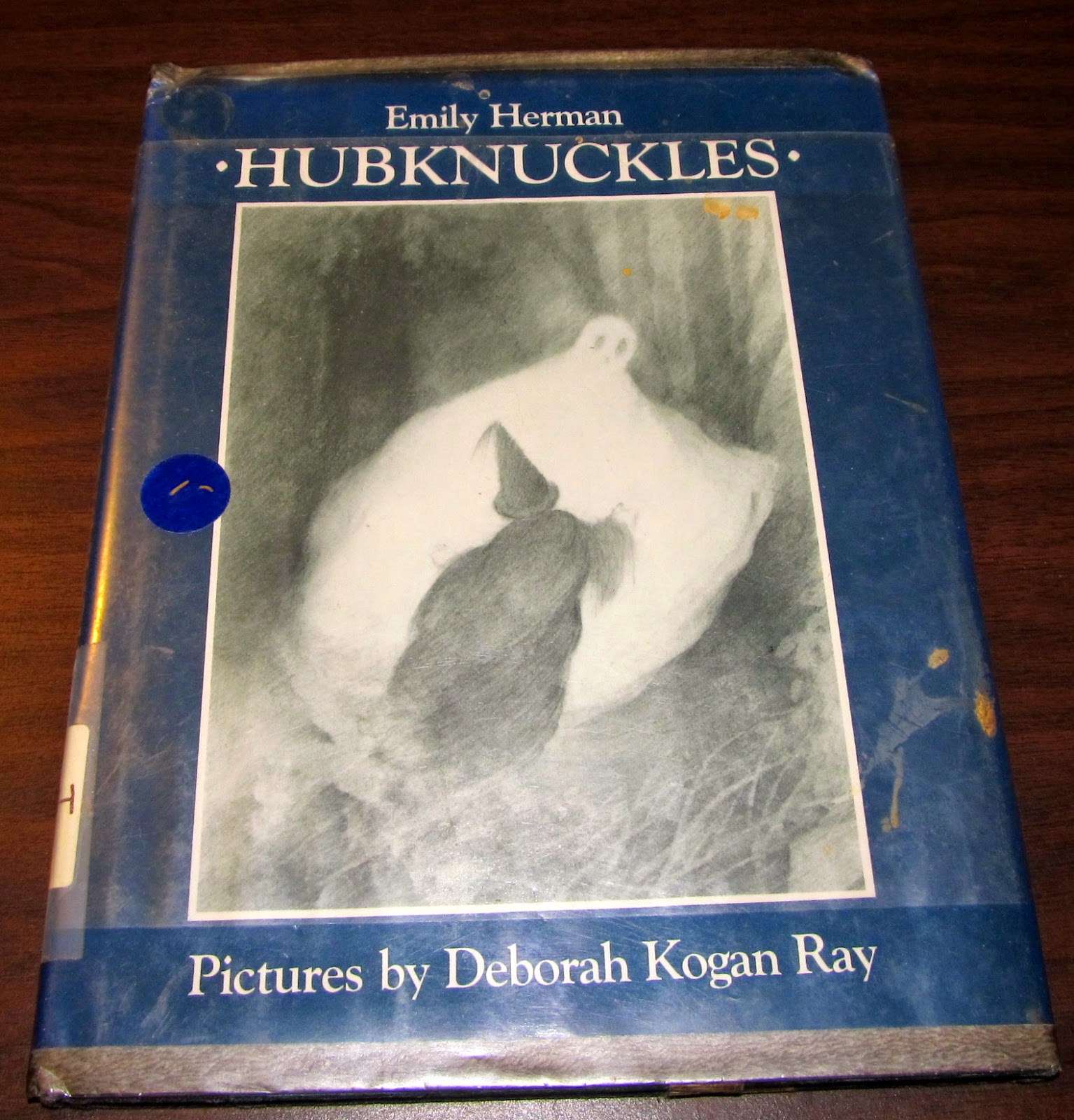 The copy I found is a library discard, which just fine by me. I did remove the cellophane protector that they encased the sleeve in, but here it is in the state I found it. 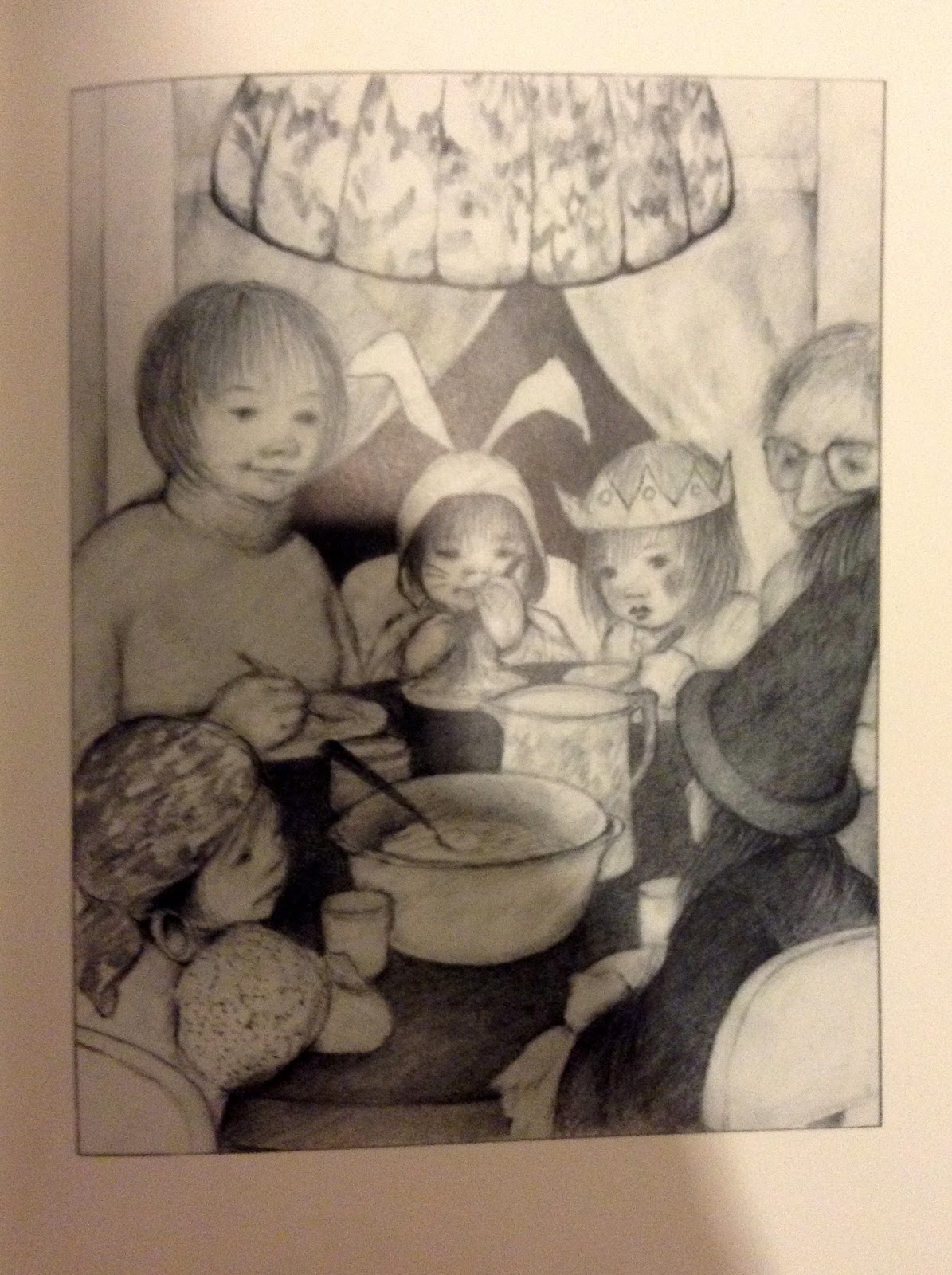 The story is all about a little girl named Lee whose family has a traditional character that shows up at their house every Halloween, a ghostly figure named Hubknuckles. He's glowing and wispy, a ghostly figure who peers in the windows at the children. He's a seasonal character for this family like the Great Pumpkin or the Easter Bunny. Lee is starting to question whether Hubknuckles is real or not. 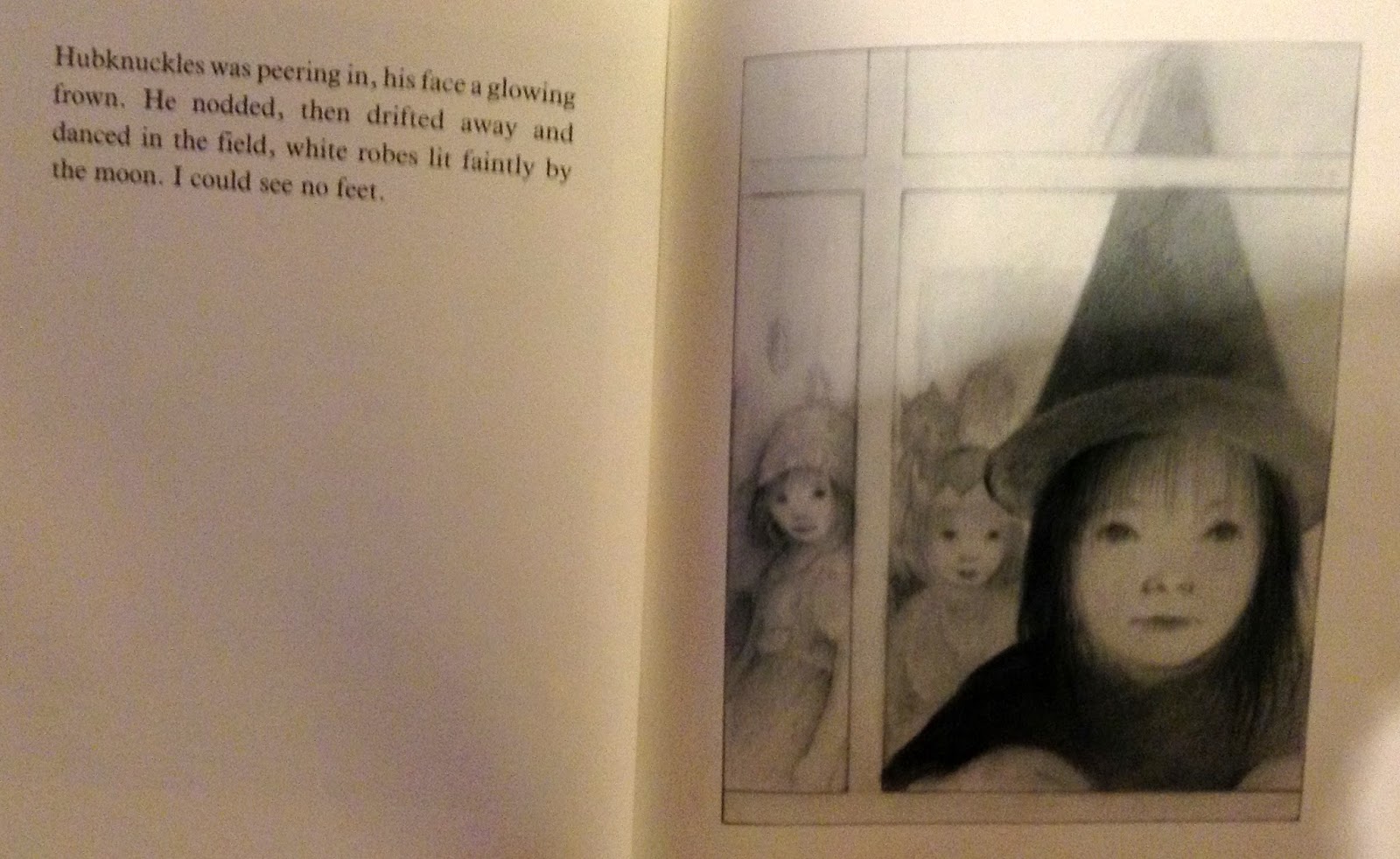 She is convinced that Hubknuckles is just a sheet and a flashlight, run by one of her parents. She decides to test her own bravery and see. 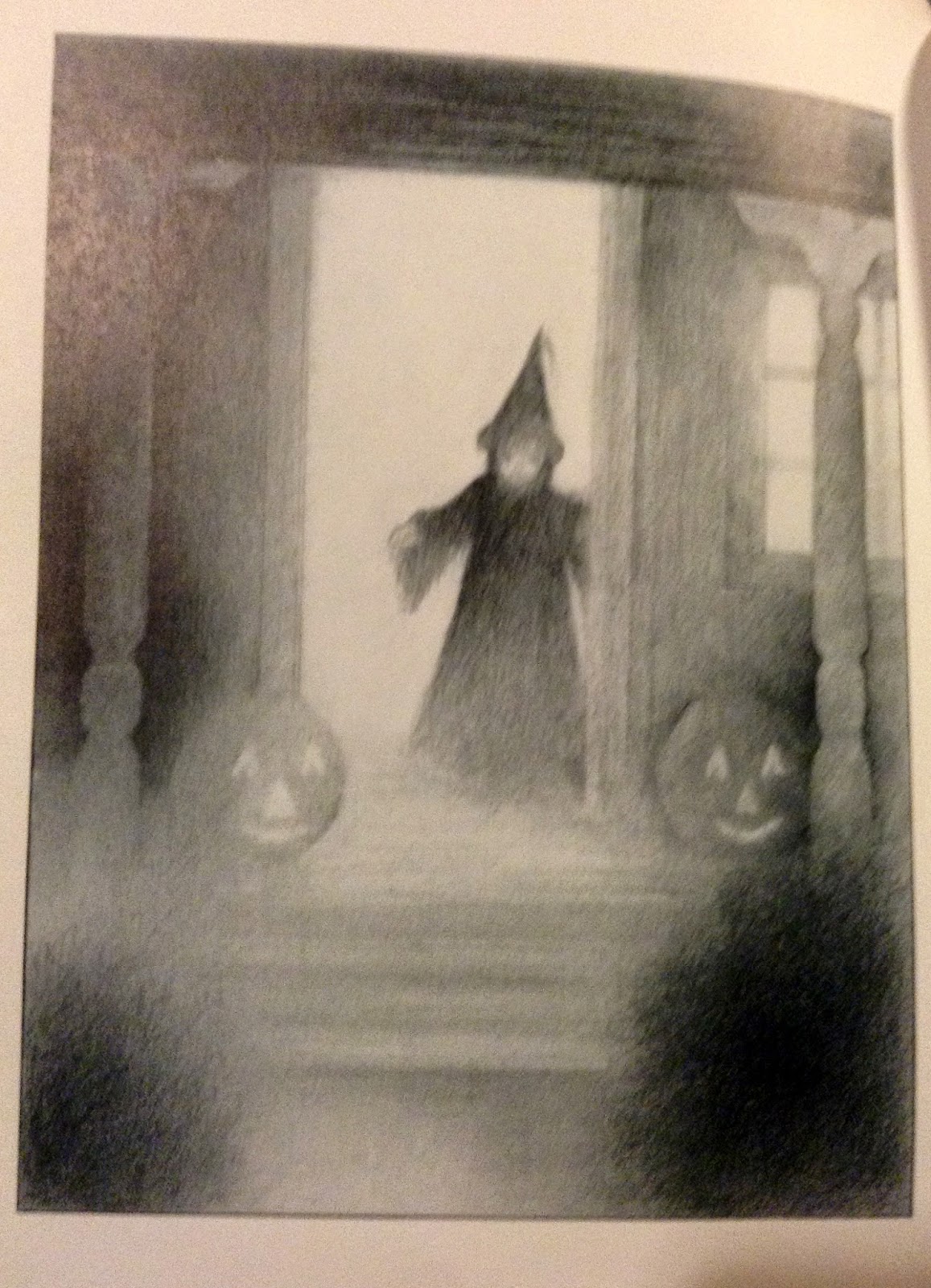 So on Halloween night, when the party is in full swing, and Hubknuckles puts in an appearance, Lee goes outside to confront him. 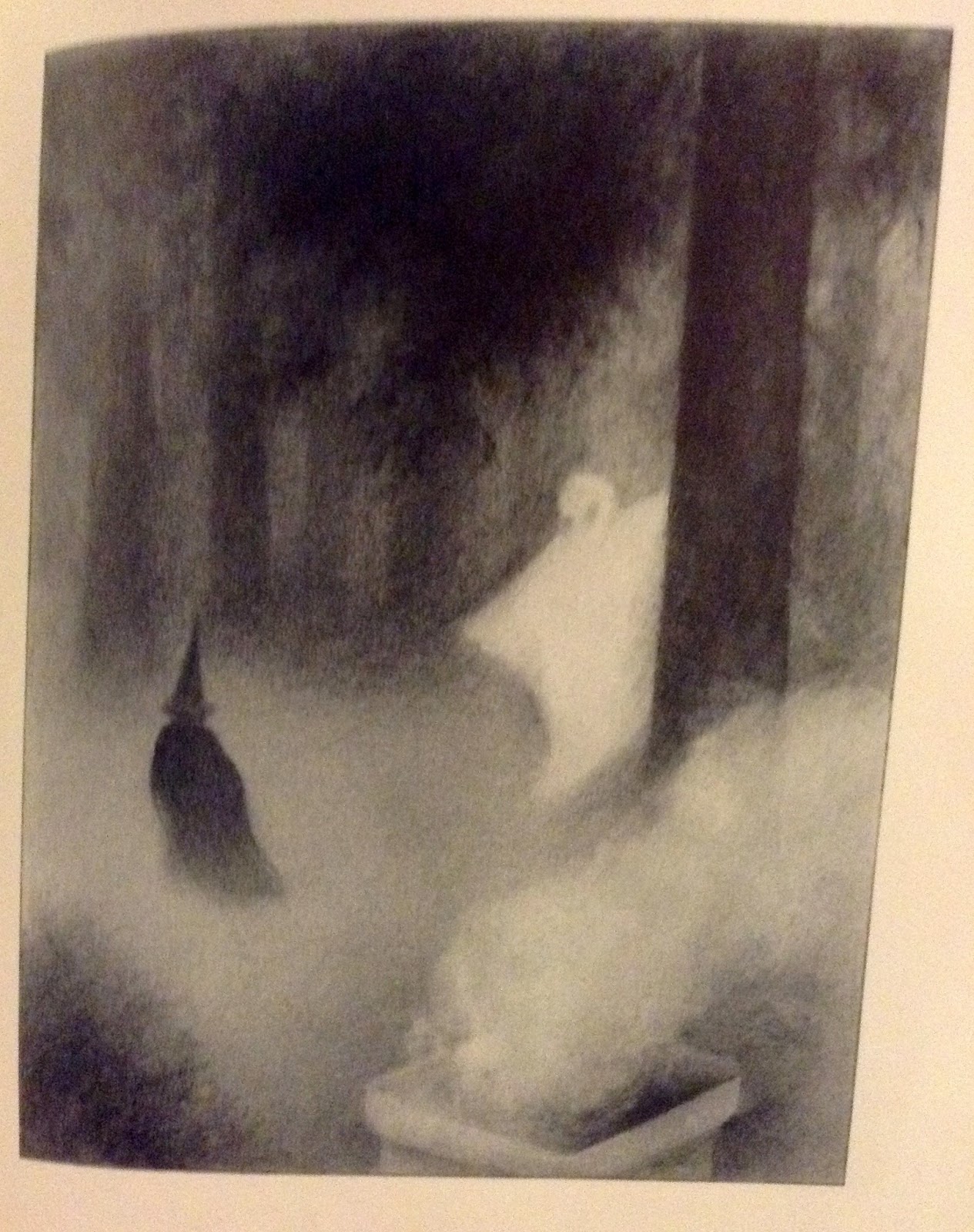 What I absolutely LOVE about this book are the smoky, dreamy black and white illustrations, and the sense of haunting darkness mixed in equal measures with childhood awe. The contrast between Lee's black witch's costume and Hubknuckles's amorphous white give us some striking images. 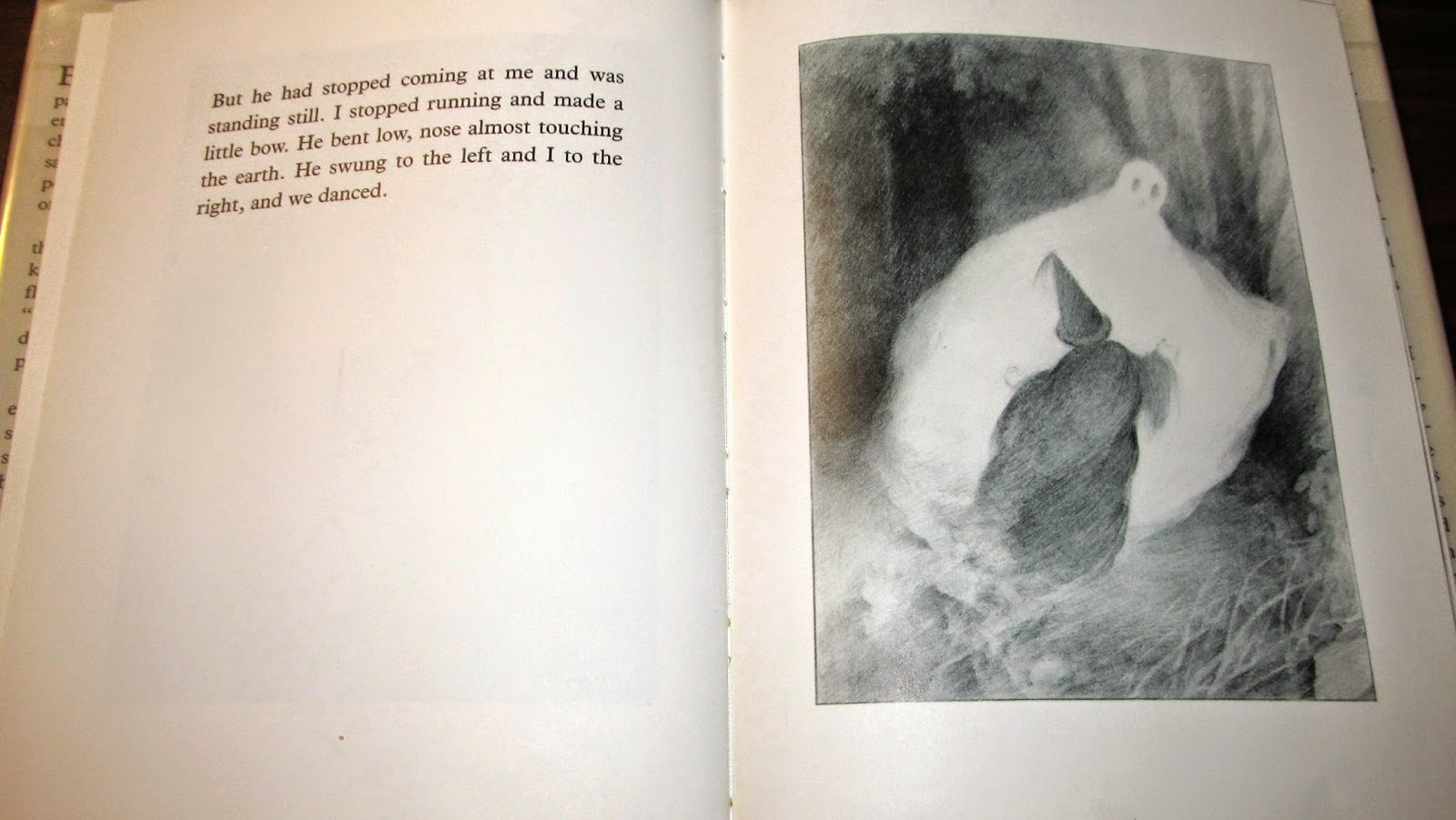 Lee's encounter with Hubknuckles is surprising and downright charming. It's exactly how you want this sort of story to go, a true sense of what Halloween is supposed to be about. Equal parts spookiness and darkness mixed with whimsy and magic.

Lee doesn't know anything more about Hubknuckles as she dances with him in the night, and she doesn't care. 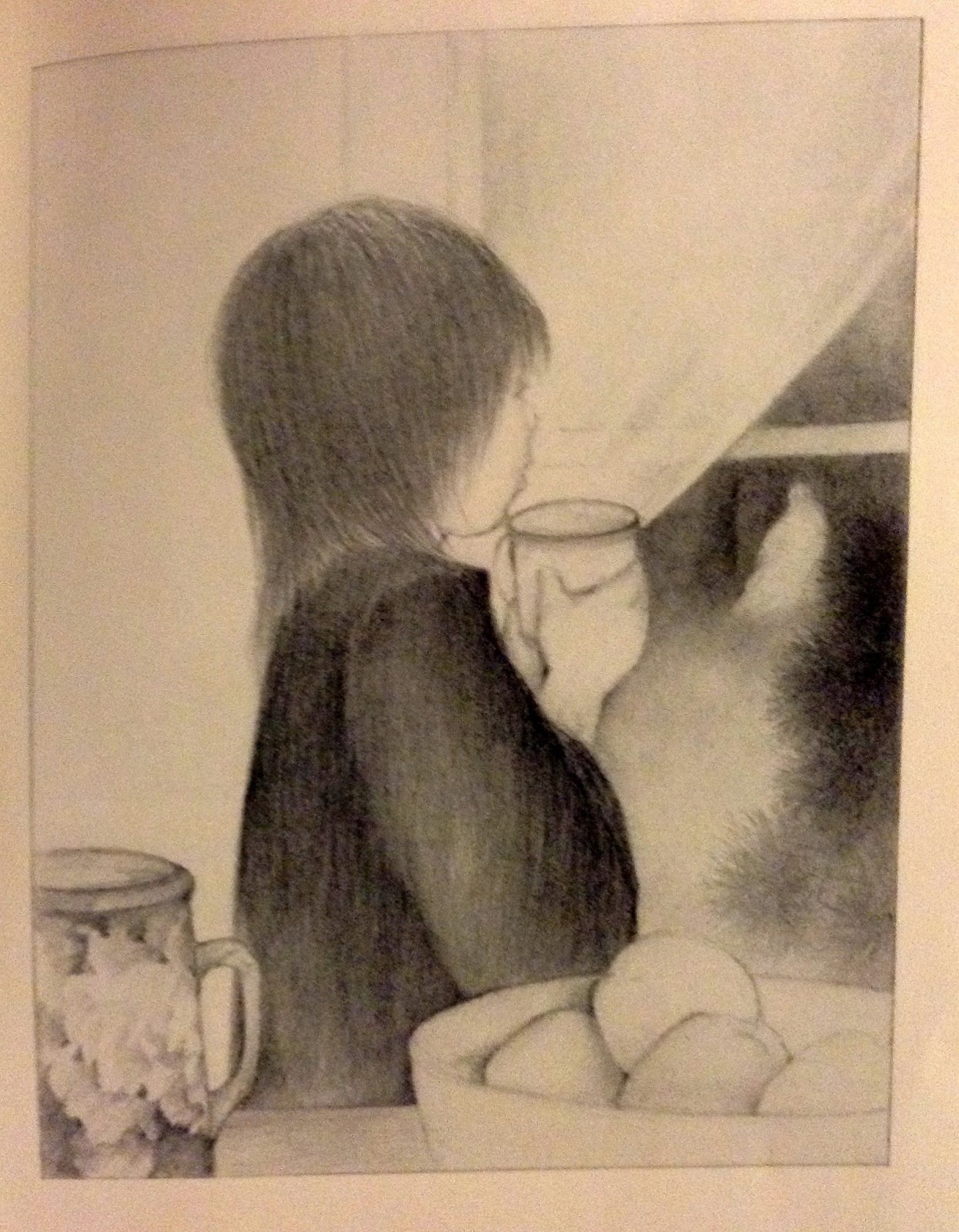 There is a mild surprise twist to the ending that I won't reveal here, but it leaves the book completely perfect. We have a handful of books that we read to our kids every single year that just perfectly crystallize how I feel about Halloween. I can't even tell you how much Hubknuckles is a great addition to that reading list. 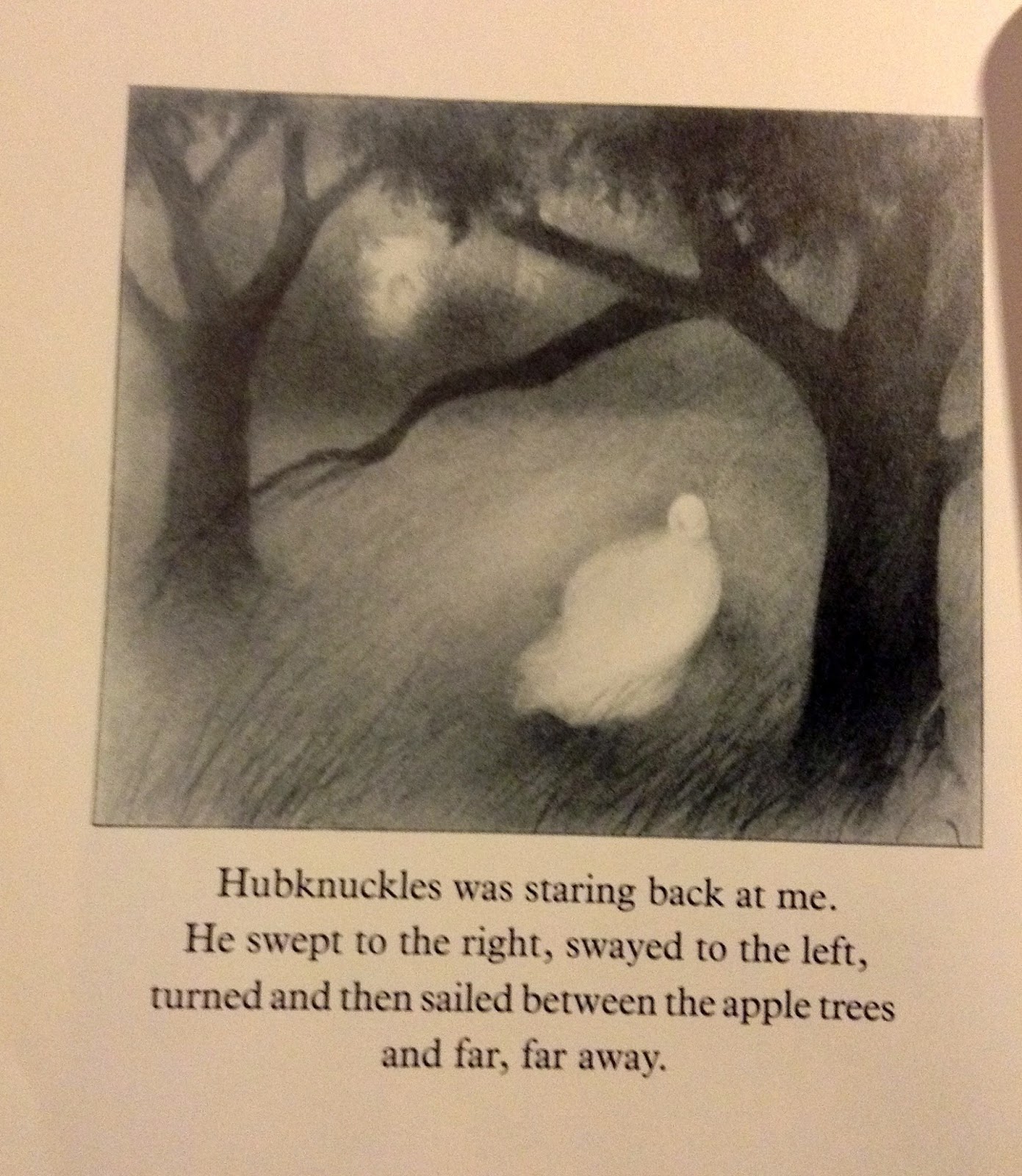 I had completely forgotten about this book until I found it at Goodwill just a few months ago. But once I picked it up and saw it, I immediatley remember having this read to me at school, possibly in Library or even as a Halloween treat in class. I distinctly remember wishing that Hubknuckles would visit MY house... and then sort of hoping he didn't.

That's it for tonight kids! I'll be back soon with more gory Goodwill Goodies! Until then, Happy Haunting!
Posted by Derek Ash at 2:27 PM