So for today's post I will be focusing once more on a Halloween children's book that I've found at Goodwill. This time the honor goes to Old Devil Wind by Bill Martin Jr. and Robert J. Lee. 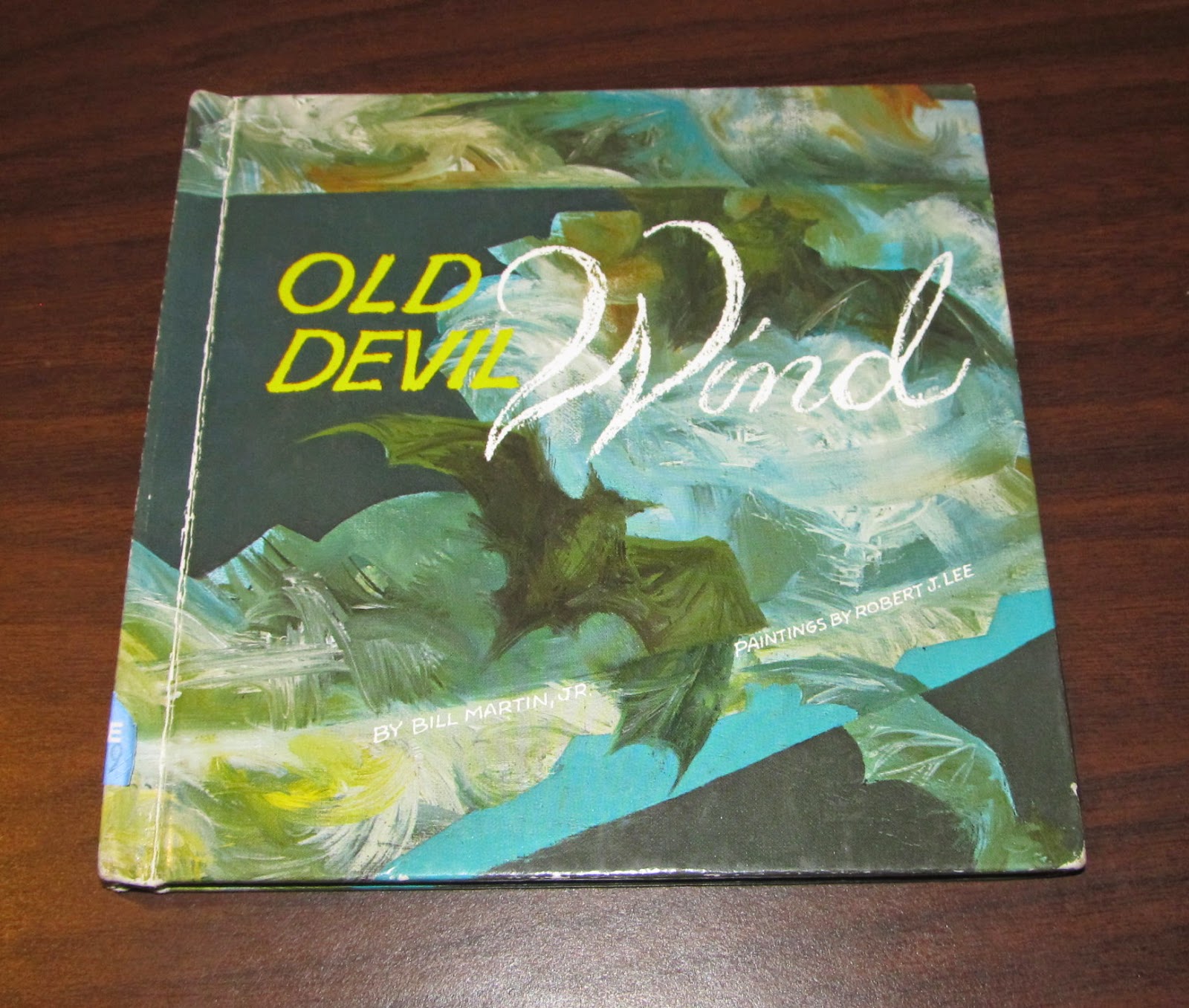 This is a rather small book, and I almost didn't see it at first... but the name on the spine jumped out at me, and I realized I was dealing with something quite special. The book was originally produced back in 1970, although my copy is a much later reprint. 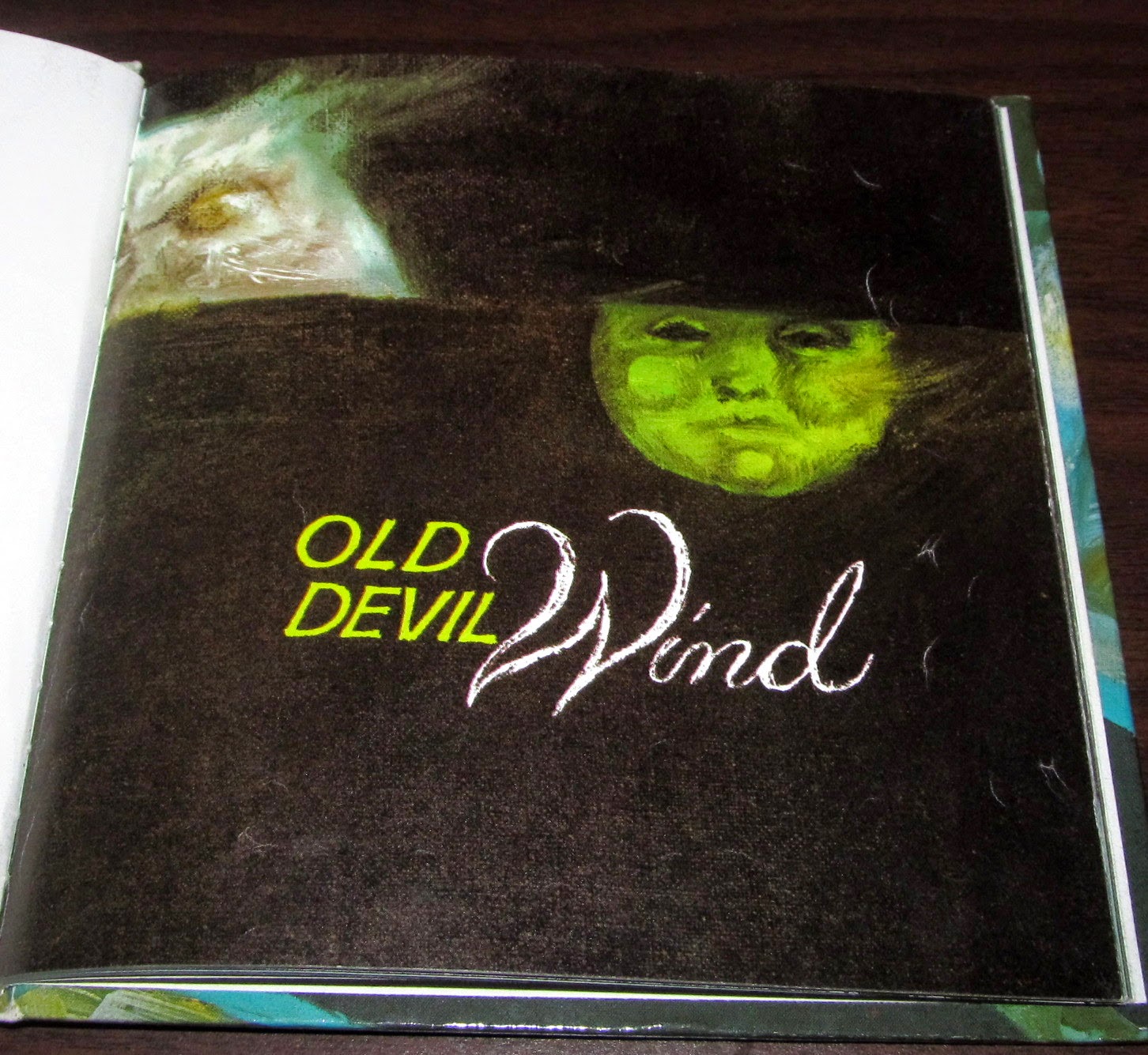 The artwork is going to be my main focus in this post, as the story itself is a pretty basic House-that-Jack-Built-style story with a lot of repetition. Usually this sort of thing annoys me when it comes to any kind of read-aloud... but this one gets a pass. 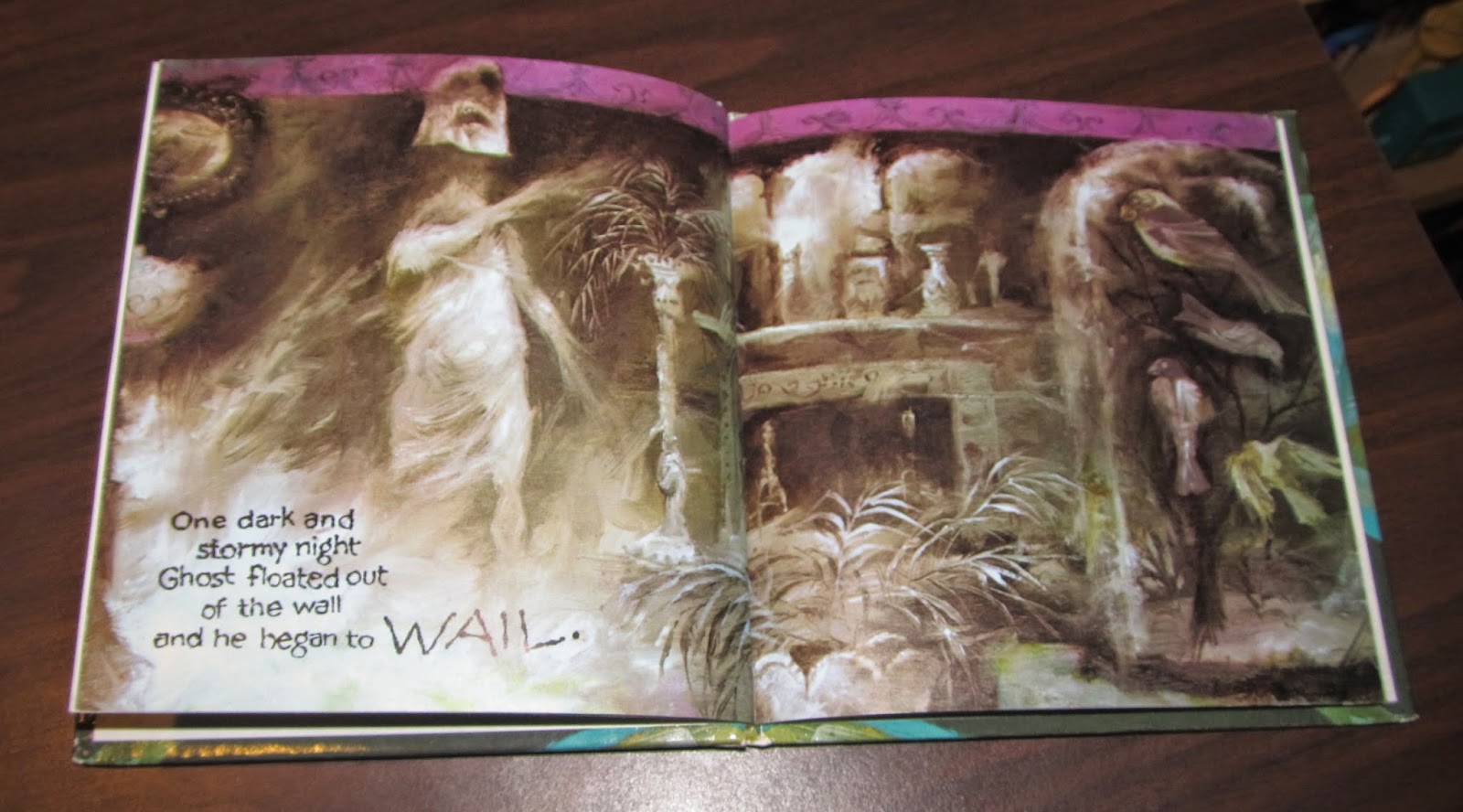 Similar to the Scary Stories to Read in the Dark series, the text is quite tame but all the magic happens in the illustrations. Lee's paintings hover just on the edge of disturbing here, as he paints images of ghosts, witches, rats, ravens, and other Halloween trappings. 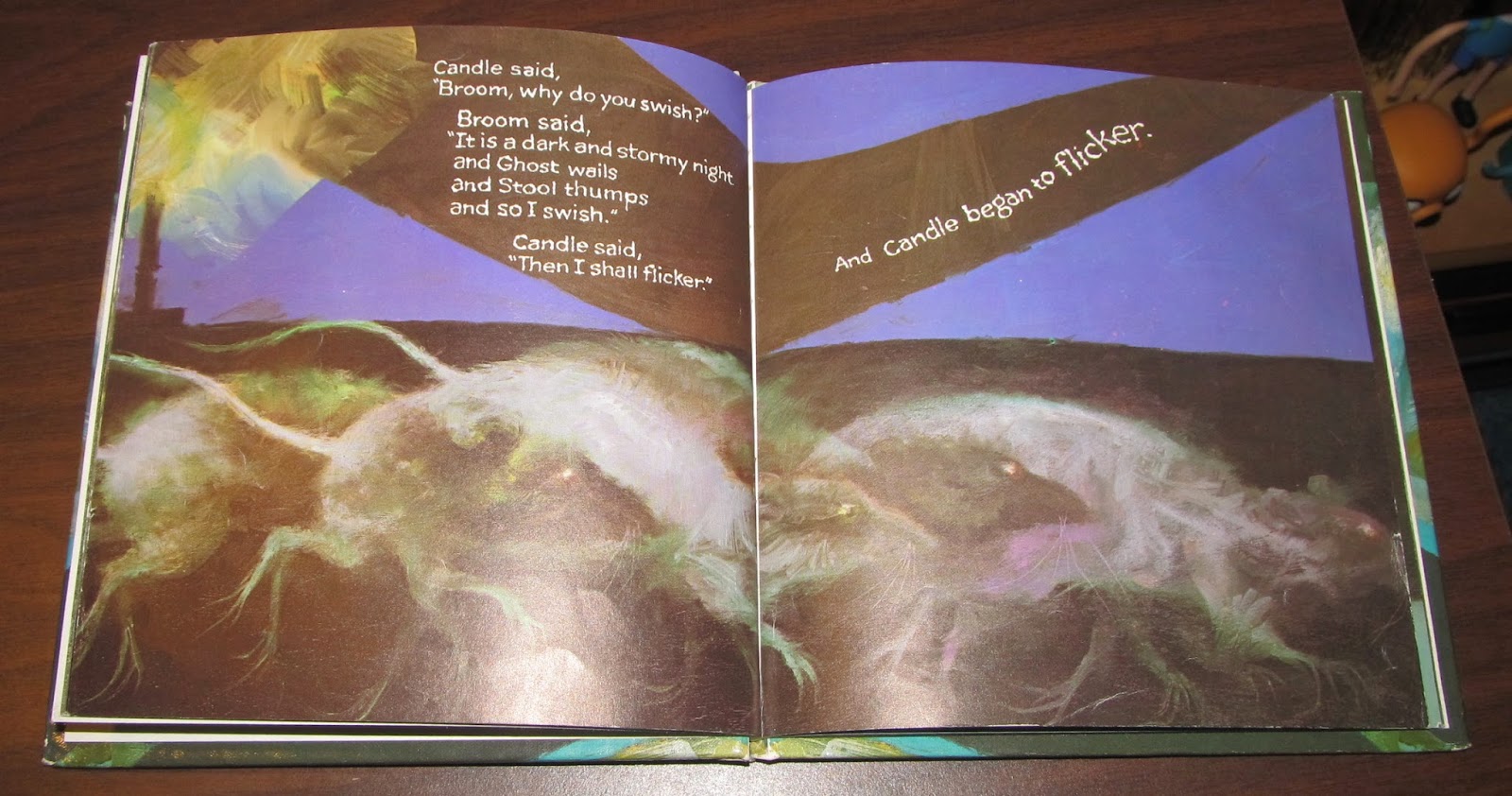 Quite often the focus of the text has nothing to do with the focus in the illustration. This page, which features a candle speaking, has a host of gray, ghostly rats in the foreground. 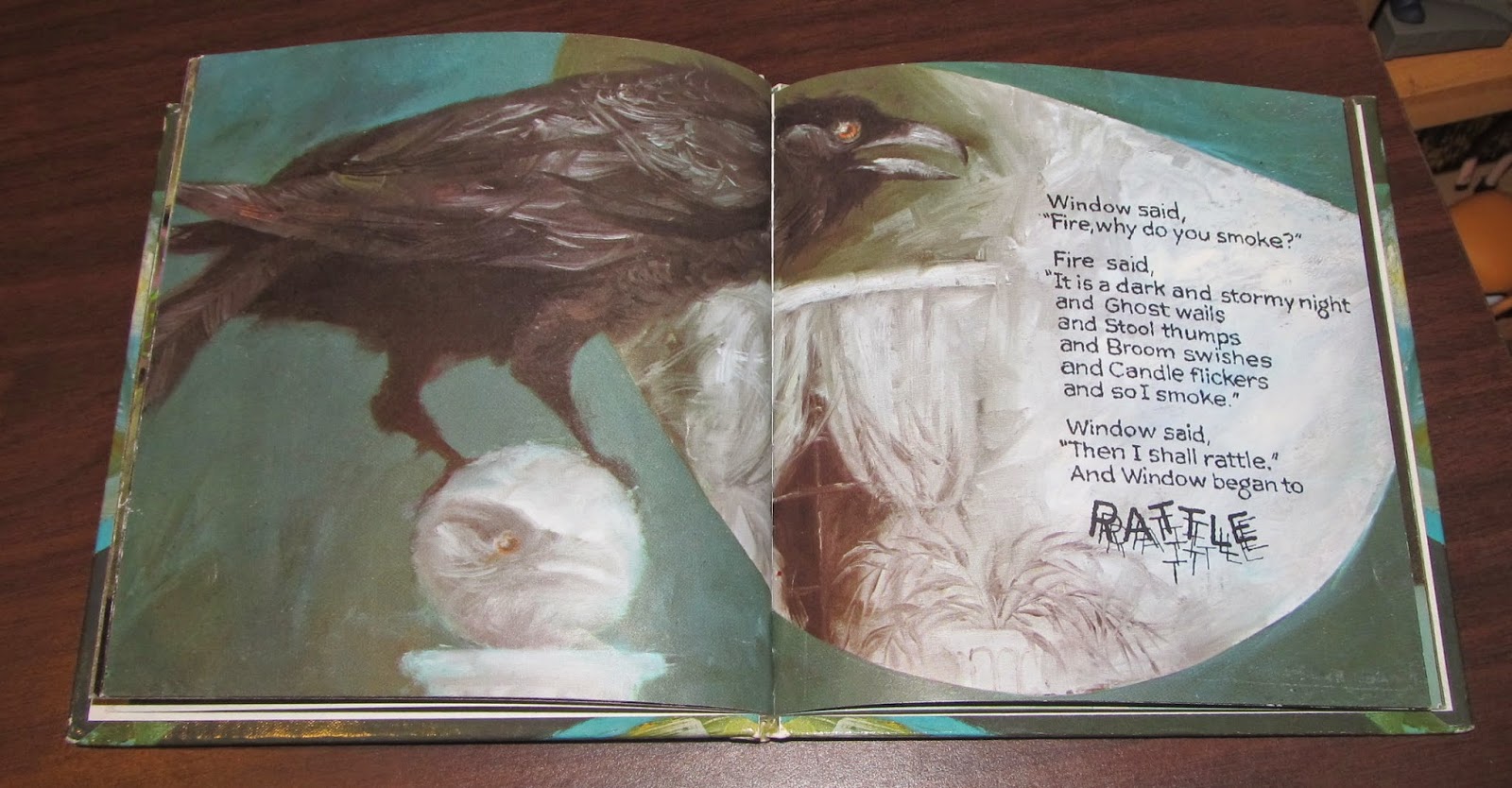 You kind of have to hunt for some of the characters in the images, which may be intentional, or may just be Lee's disinterest in illustrating a character like a window when he could be illustrating an amazing looking raven instead. 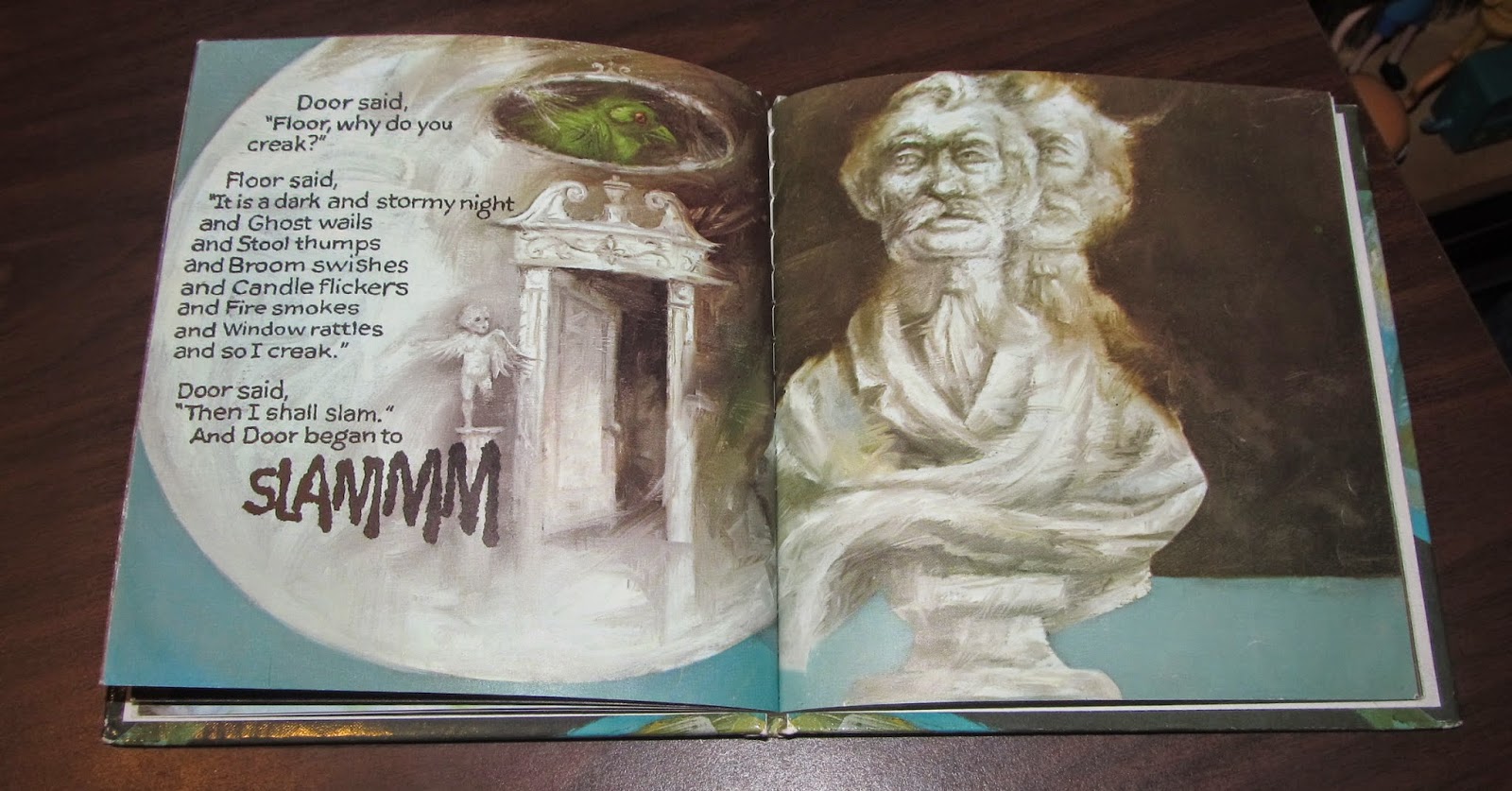 Some of the pictures feel like homages to other sources, such as Edgar Allen Poe's "The Raven" or Disney's Haunted Mansion.

The book does a wonderful job of expanding the ideas of who or what can be included in a Halloween story. Of course most of the characters make up the contents of a haunted house... but still, hearing from a stool, or a candle, or a window are all new twists. 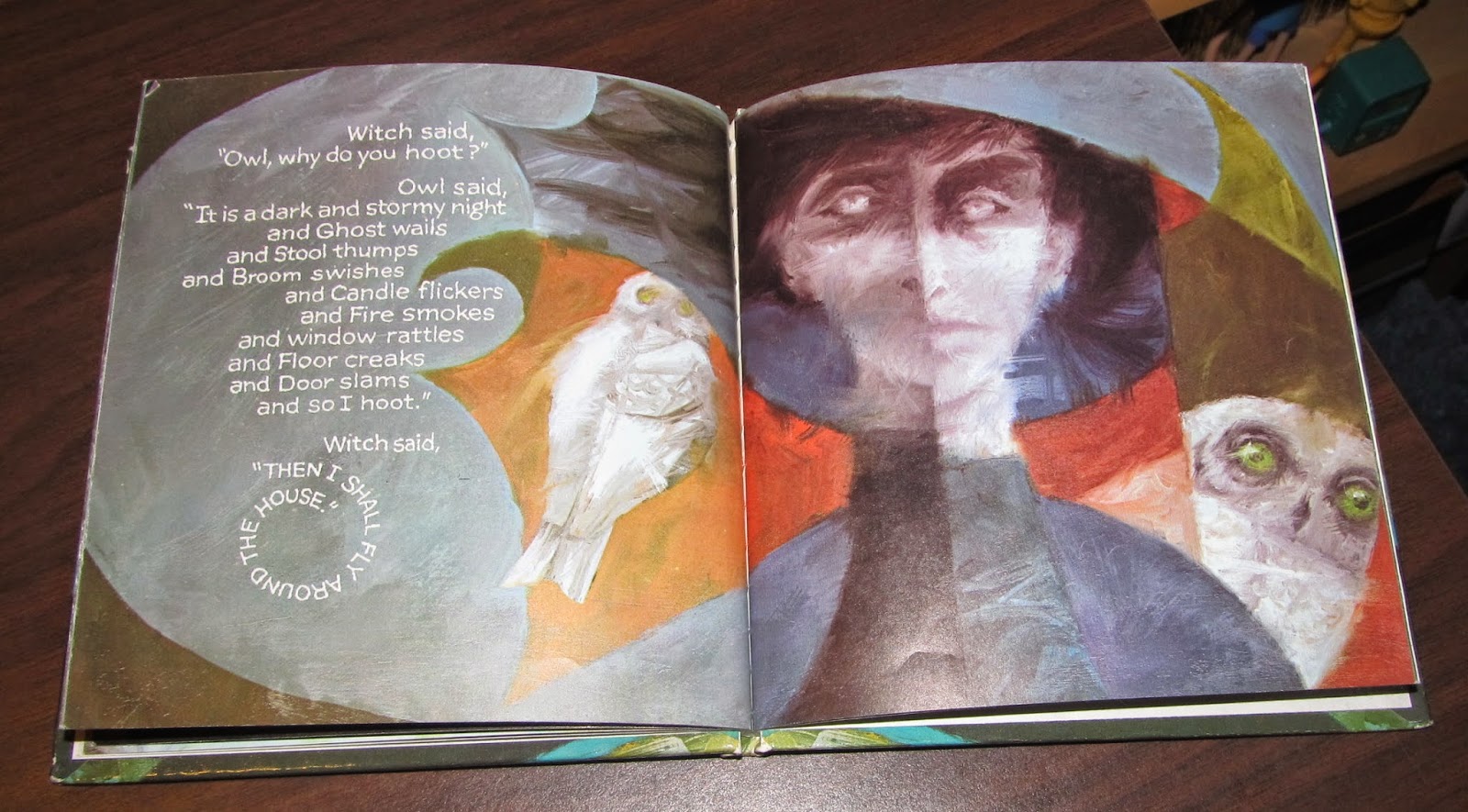 The witch above is one of my favorite images in the book. Her face is strangely divided to make it asymmetrical and off-putting. Her eyes and simple set of her face make her seem that much more serenely menacing.

I can't even begin to tell you what this illustration is supposed to be of.

But the book ends with the wind blowing EVERYONE away "...and they didn't come back 'til (H)alloween Night..." Which I find to be a perfectly fitting bow to tie everything up with. I haven't read this one to my kids yet, but I'm curious to see their reactions to it. I have a feeling this one will become a part of our yearly rotation.

That's it for tonight kids! I'll be back tomorrow with more Gristly Goodwill Goodies! Until then, Happy Haunting!
Posted by Derek Ash at 7:38 AM