We are creeping sooo close dear readers. The Day of Masks is less than two weeks away now. So much to do! I took a trip to the Ellsworth Goodwill very recently, and I brought home some new Halloween items. 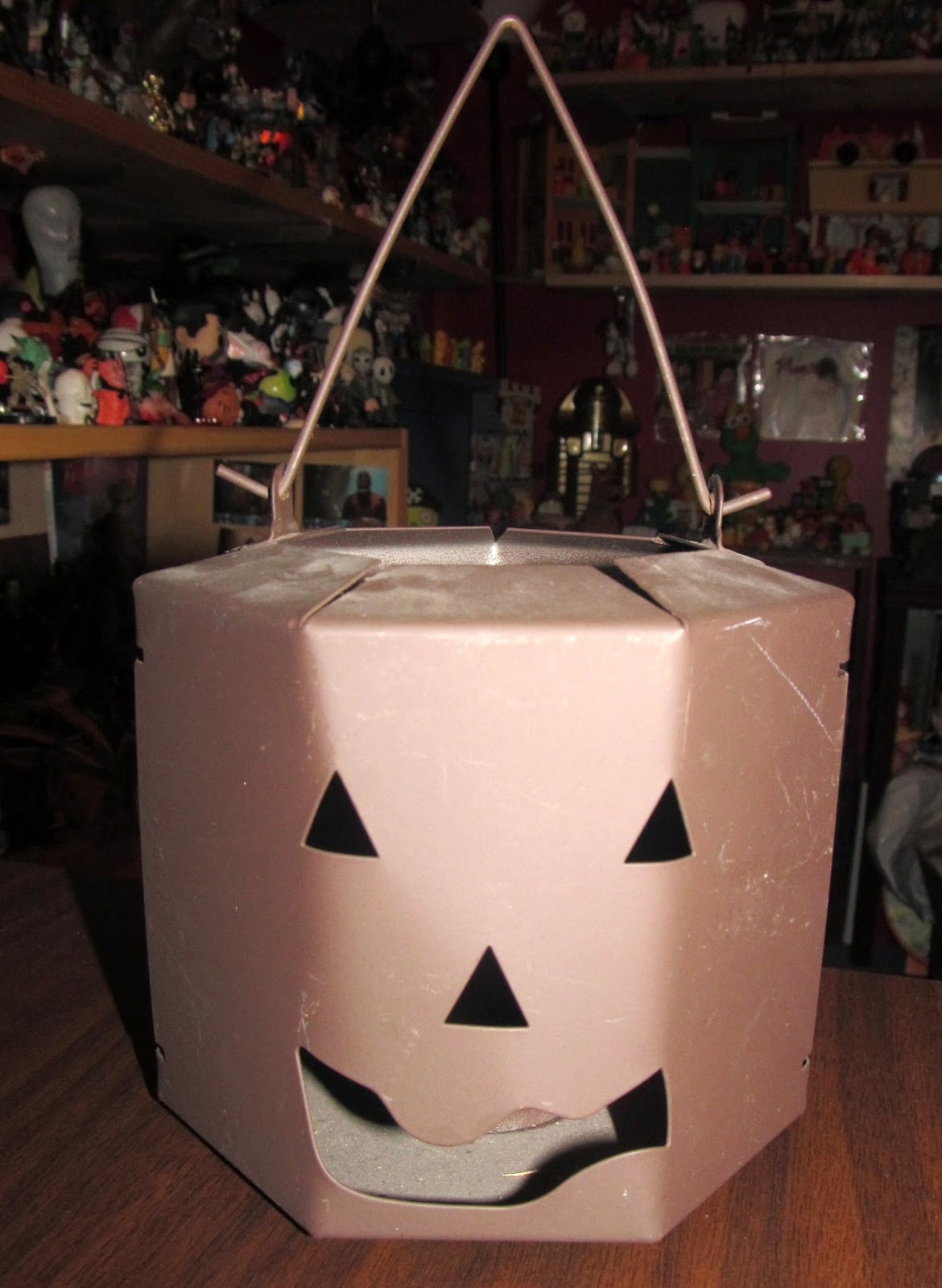 This little Halloween lantern cost me a dollar (all my local Goodwills are transitioning from .99 cent price-points to 1.00 price-points so you'll see a mix of them here) , and he looks magnificent hanging above my porch with the others! 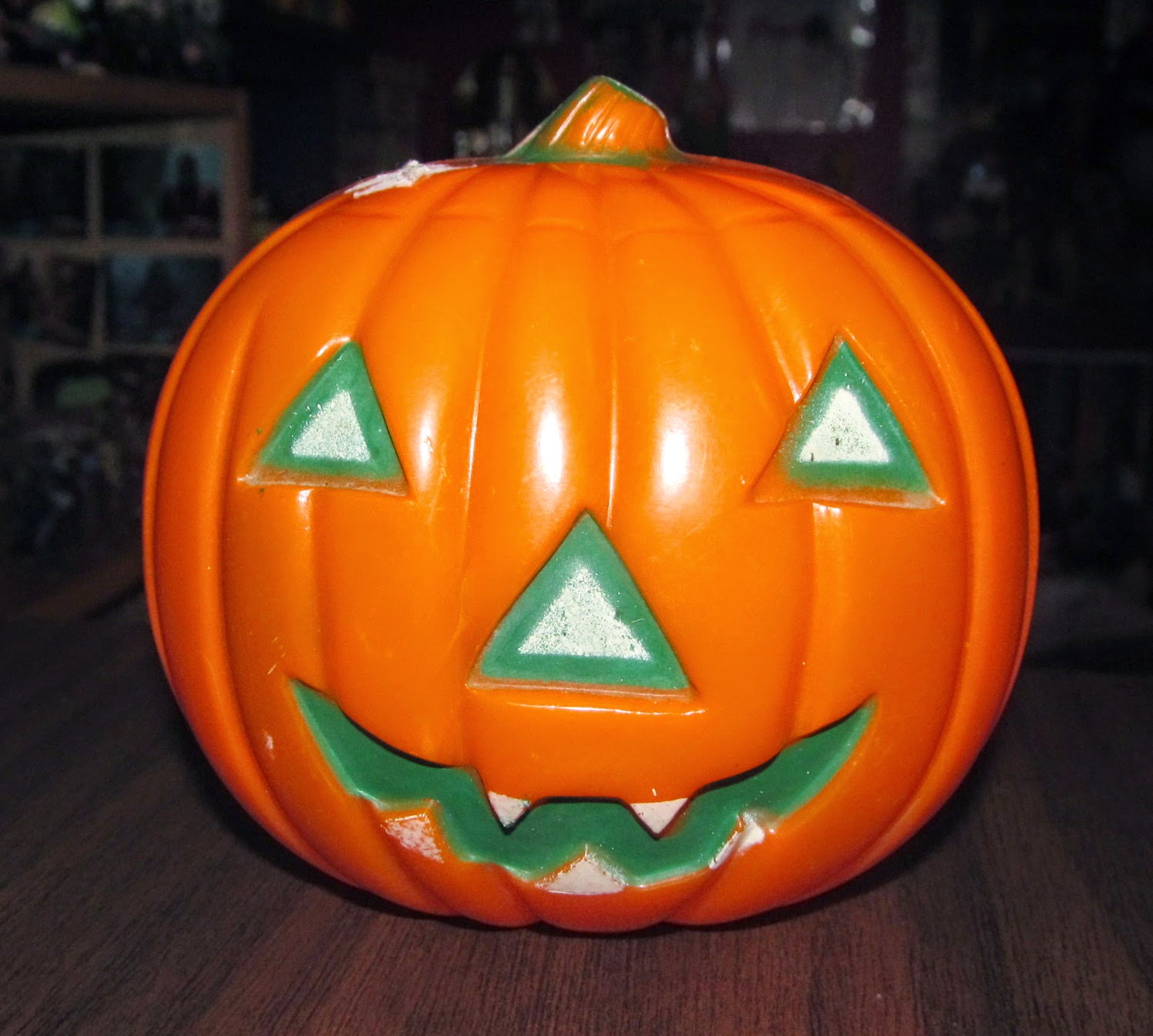 I've been eyeballing this little plastic jack-o'-lantern for nearly a week and I finally brought him home. He was .99 cents and I'm pretty sure he's just the head to some of flashlight thing... but I love the green and white paint on the garish orange plastic, so he finally made it. 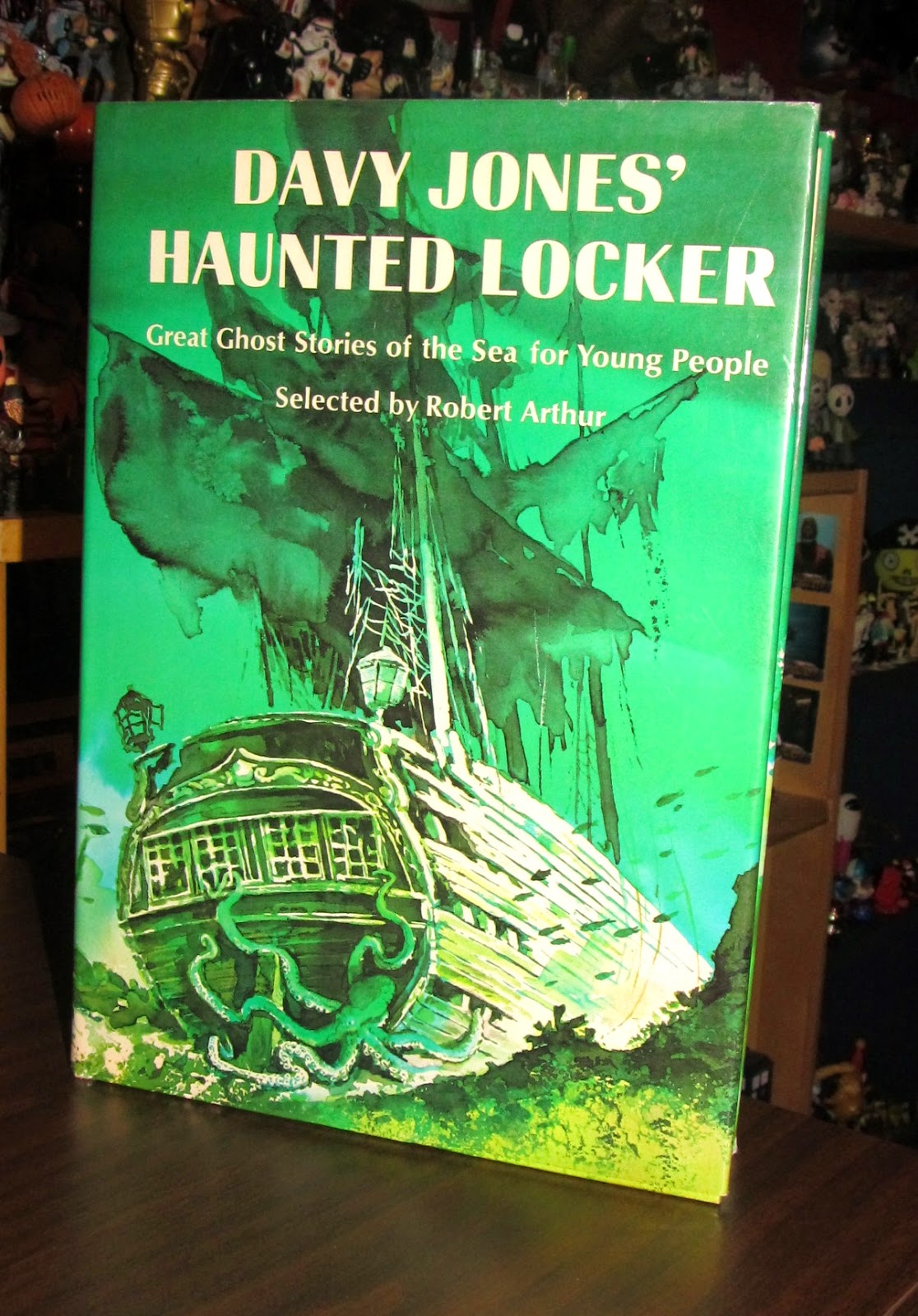 I've been tracking down spooky-themed anthologies for next Halloween (or for Halloween in general I guess) and this book of young readers nautical ghost stories looked fun. I picked it up for 2 dollars and this thing is kind of massive. 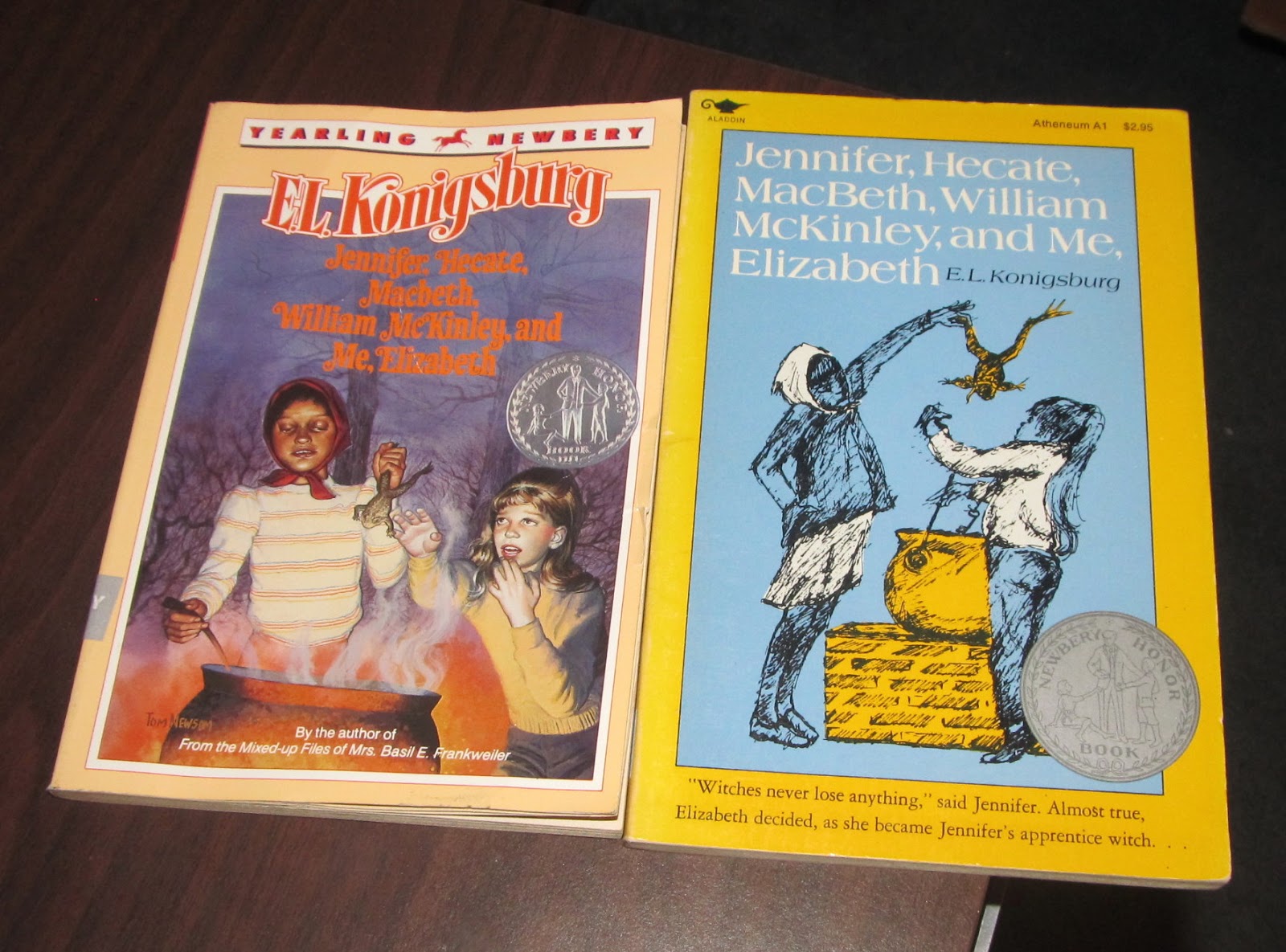 I usually don't buy multiple copies of books for no good reason... but I bought two copies of Jennifer, Hecate, Macbeth, William McKinley, and Me, Elizabeth by E.L. Klonisburg because I couldn't decide if I wanted the older edition or the one with the cover art I like better. So... I picked them both up and at some point I will be giving one copy away. 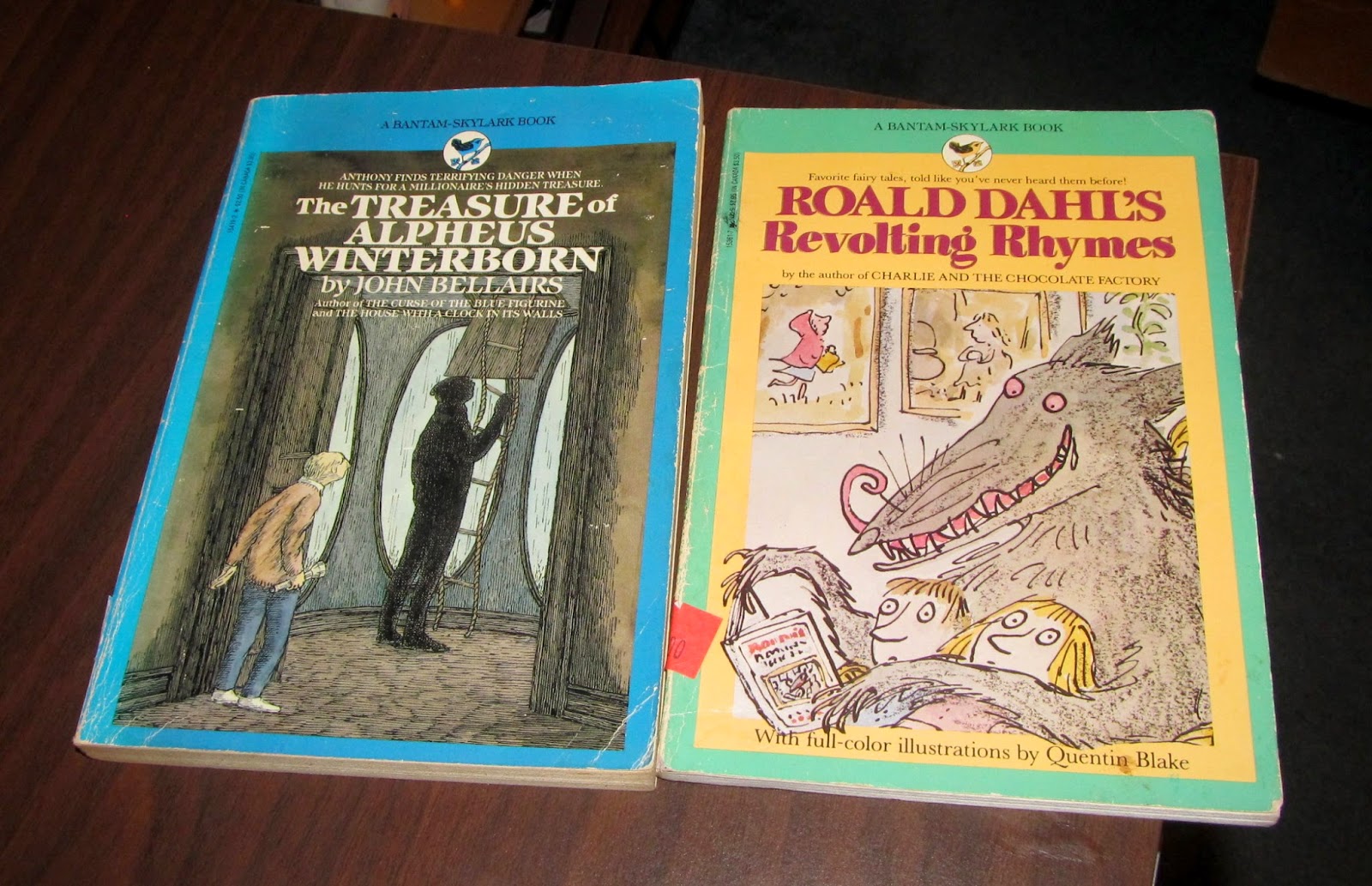 I love a good John Bellairs story around Halloween. Last year I read about 4 of his books as a part of my Halloween reading pile. This year I've only found one new book I didn't already own (I don't count the ones finished by or written whole-cloth by Brad Strickland... they're just not the same) although I have been hunting NON-STOP for a nice copy of Eyes of the Killer Robot all I turned up was The Treasure of Alpheua Winterborn which is one I've never eve heard of before, and doesn't star Johnny Dixon or Lewis Barnavelt (and co.). Still ANY John Bellairs book is better than NO John Bellairs book. One can also never have enough of Roald Dahl's books, and I think this is one I don't own yet...? Either way, it;s perfect for a Halloween post, so I snapped up Revolting Rhymes for both potential reasons. 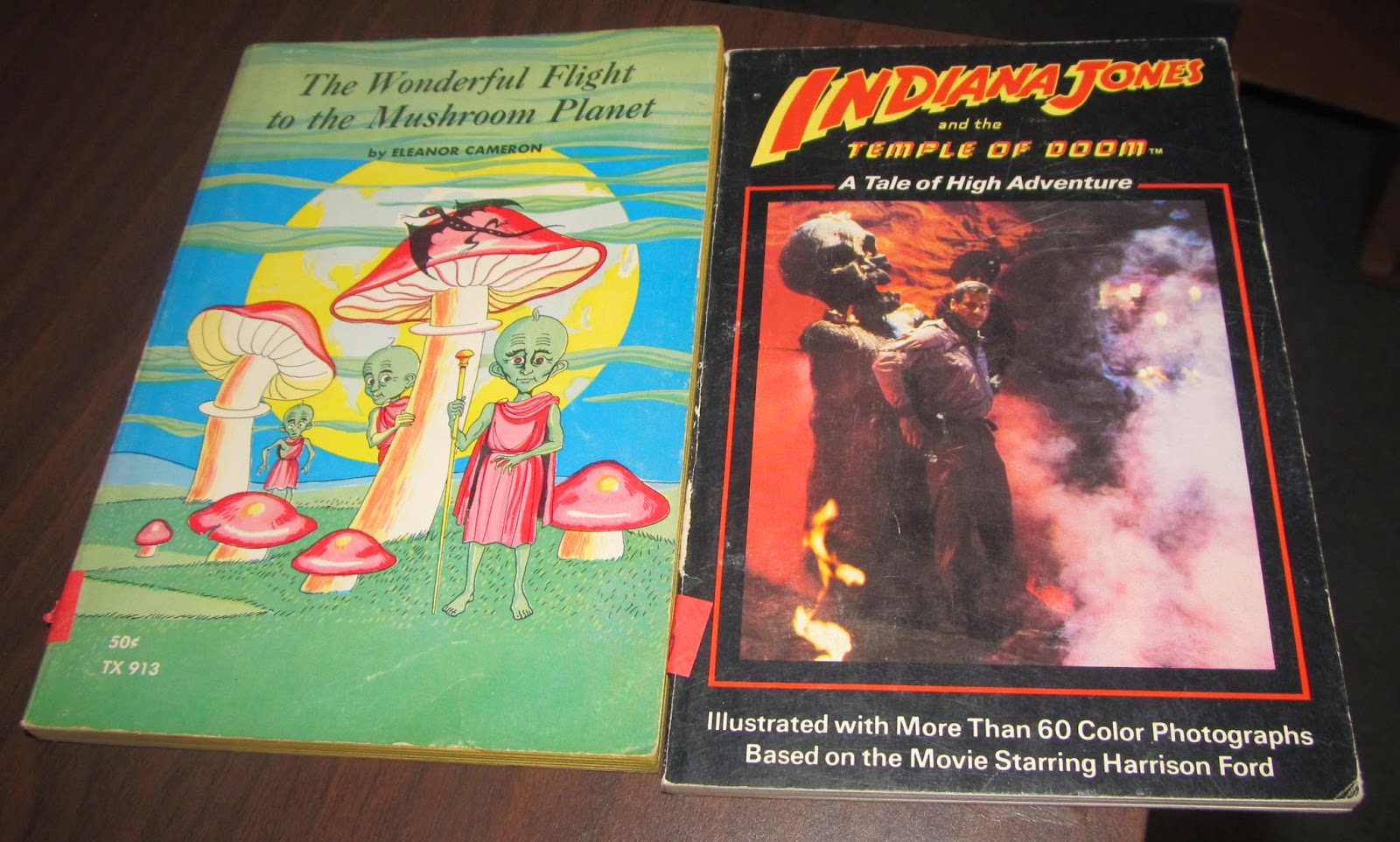 Drifting slowly out of the Halloween territory we are still kind of waving to it from a distance with these two books, The Wonderful Flight to the Mushroom Planet which is a trippy old sci-fi book, and a young-reader novelization of Indiana Jones and the Temple of Doom: A Tale of High Adventure which has color photos included throughout the entire book, not just in a little parcel of pages stuck in the middle. This is how it should be done people. We get to see pictures of a few of the dishes served during dinner, for instance. Awesome. 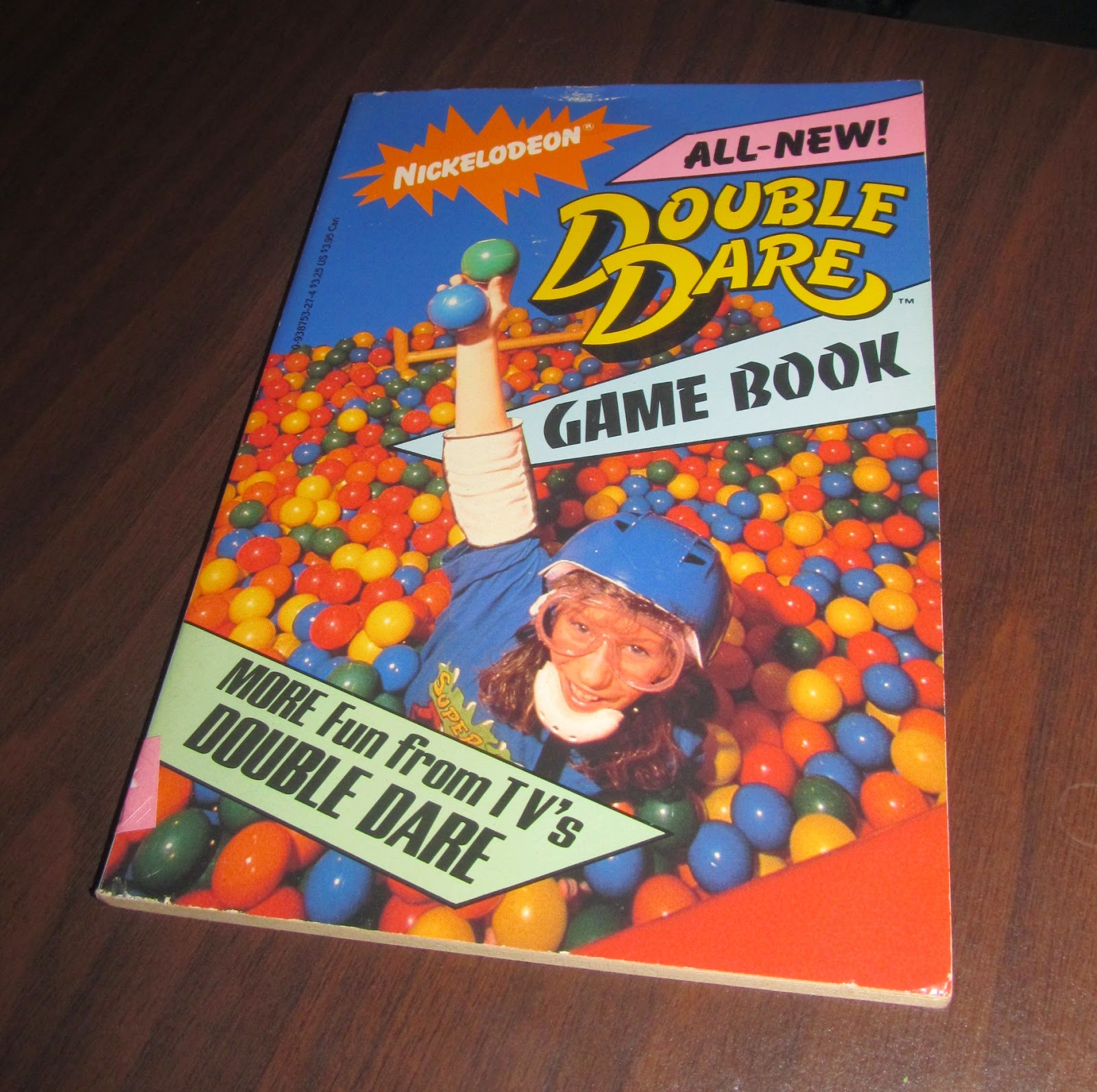 This Double Dare Game Book is from the heyday of the Nickelodeon show. I can't think about Double Dare without thinking about the fact that the host of the show Marc Summers suffers from obsessive compulsive disorder. I try to imagine the absolute horror show that Double Dare would be with the slime and mess and human element... and shudder to think how hard that must've been for Summers. I still have super fond memories of the show from when I was a kid, even though it wasn't exactly the kind of show that kept me glued to the tube. 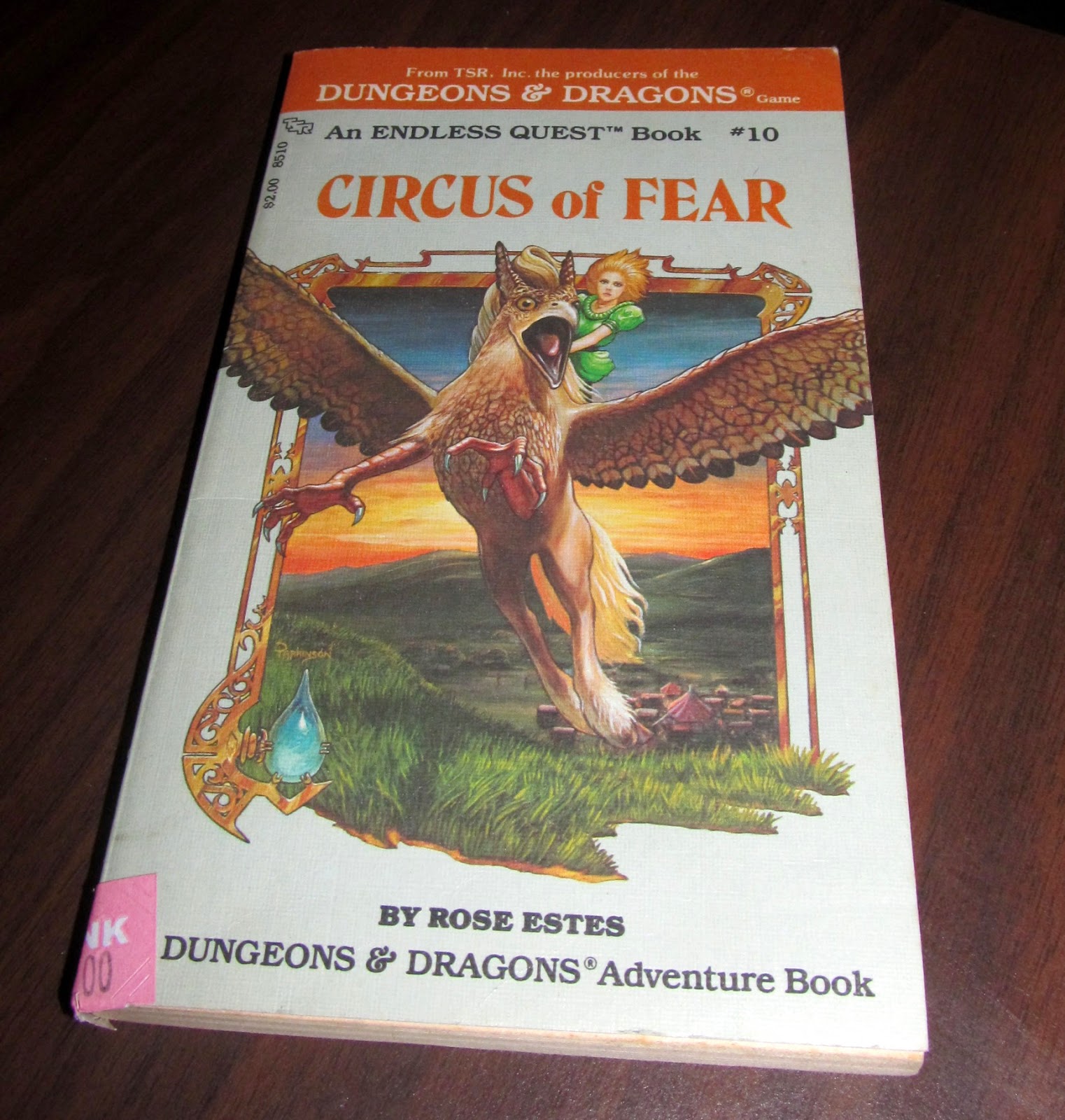 I already own a copy of Circus of Fear which is one of TSR's Endless Quest books based on Dungeons and Dragons. But these things are just so cool I almost never don't pick them up when I see them. I'll give this one away too at some point. 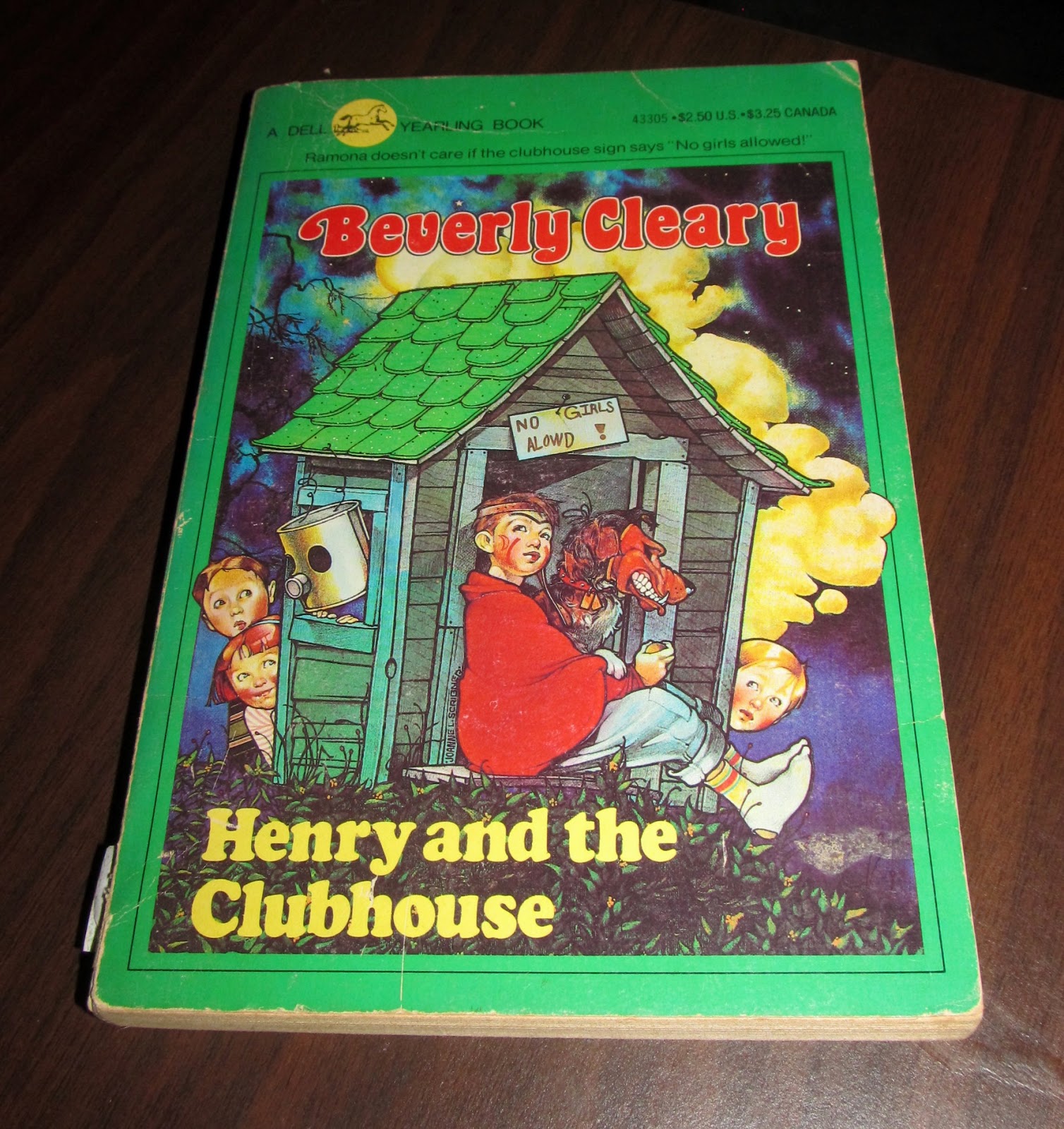 Since I recently became obsessed with finding out more about the illustrator of all the 80's-era editions of the Ramona-verse books, I've started exclusively picking up the editions with the artwork of Joanne Scribner. I love Love LOVE the whole scene depicted on the cover of this one. From the can-headed robot kid to the indian war-paint on Henry, to the werewolf mask on Ribsy... this one is just gorgeous. Tony DiTerlizzi did a post on his site a while back dedicated to the influence Scribner had on his work, and Joanne Scribner read the post and replied SEVERAL times in the comments. It is an amazing read. This is mostly what has prompted me to seek out all of these books with Scribner's art on them. 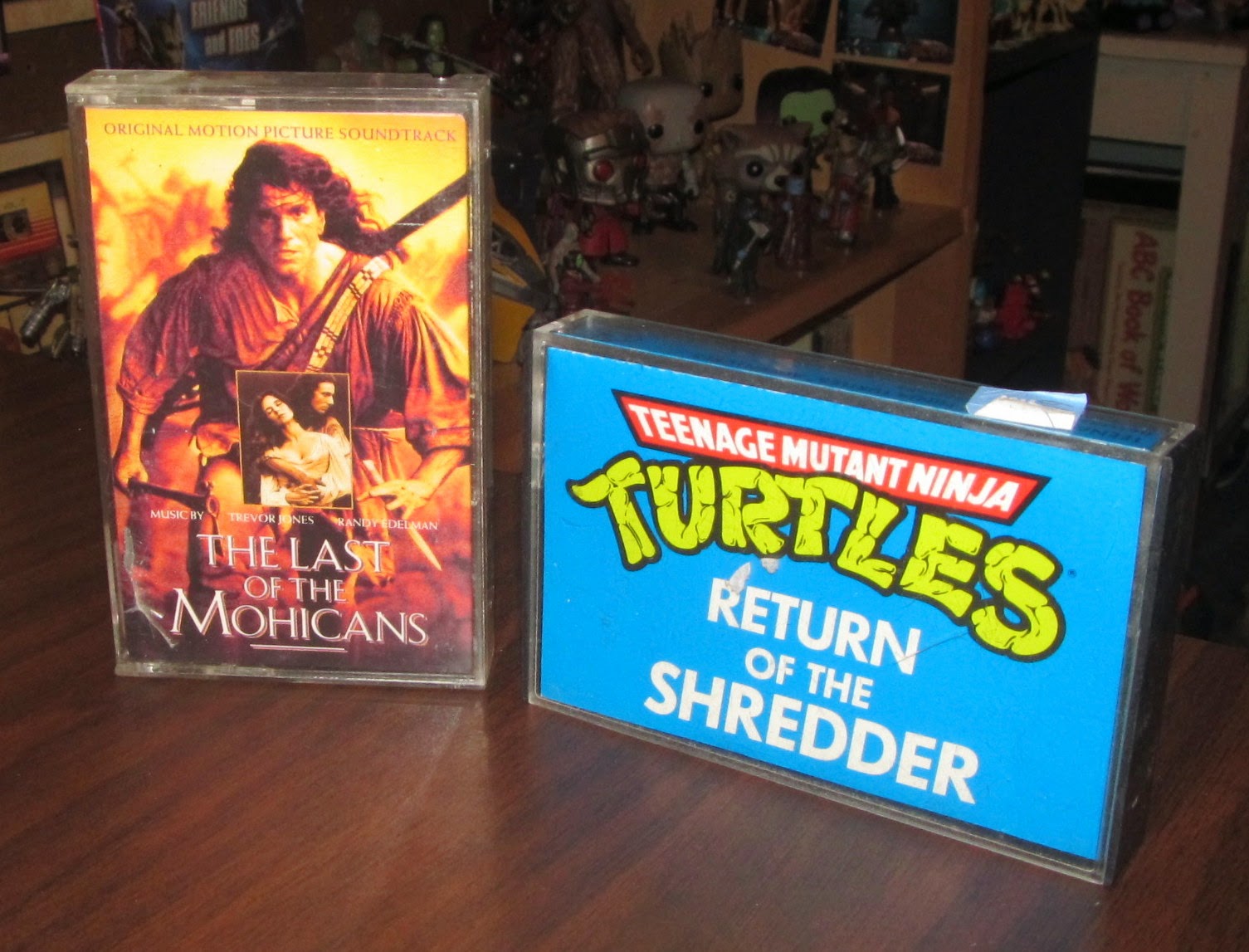 As is becoming my new habit, I also picked up a couple of cassette tapes. The reasoning behind the TMNT cassette should be fairly obvious (because TMNT) but "The Last of the Mohicans" may be less so. Honestly, I don't think I ever watched the entire movie, but back in 1993 I was dating a girl in highschool and she bought me this tape for my birthday. Honestly "dating" is a hilarious term for it, because I didn't know how to act around other PEOPLE much less a girl who was interested in me. I was... awkward to say the least. The relationship didn't last long. But I honestly didn't mind that because it was pressure off. AND I ended up with this great soundtrack that was actually very moving and nice to listen to while I was writing or just laying around daydreaming as I often did as a teenager. This is a true blast from the past. 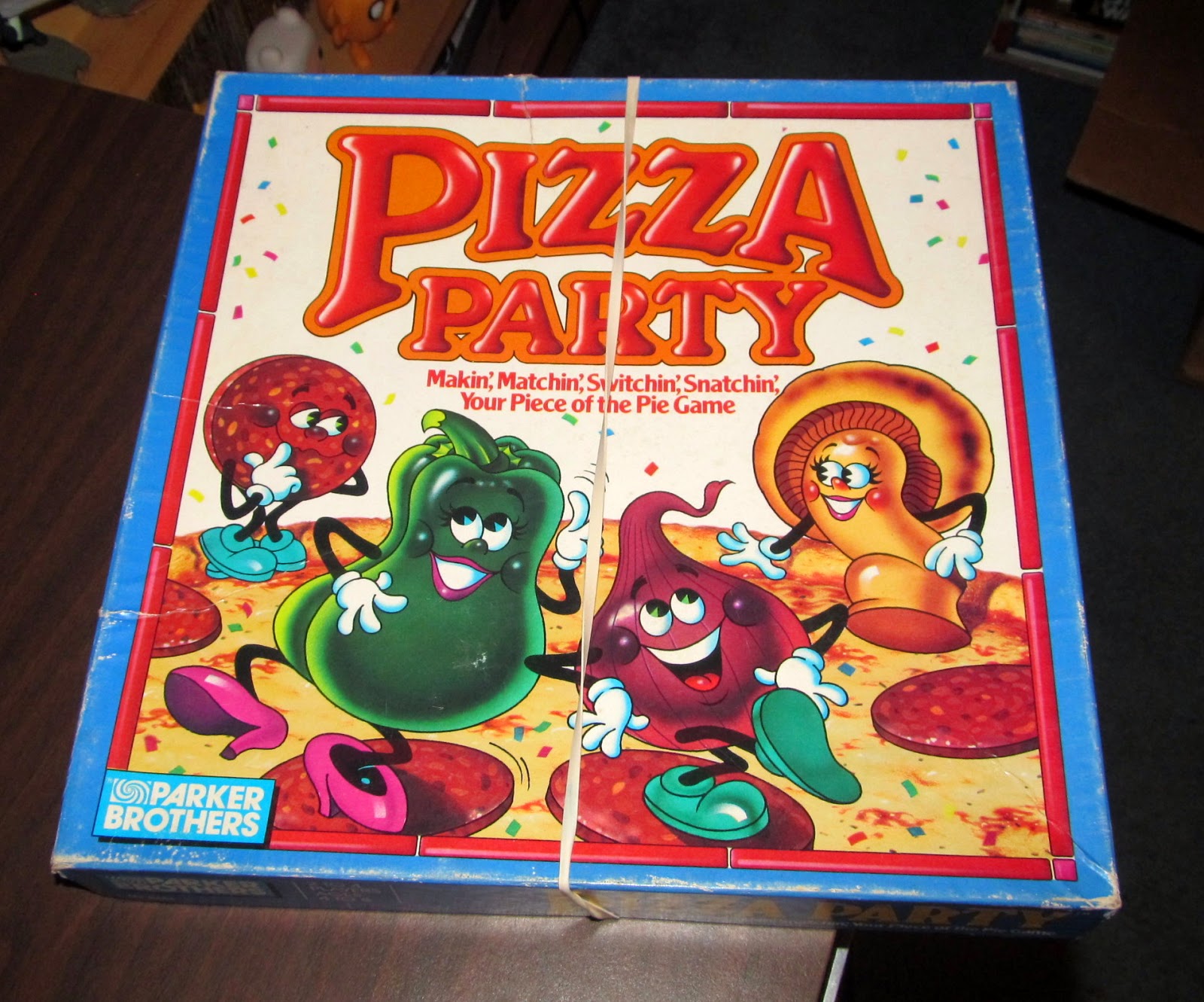 The final item of this post is as far from Halloween as it gets, but is still pretty great. "Pizza Party" is a sort-of-board-game-sort-of-memory-game-sort-of-card-game-you-get-the-point from Parker Brothers, put out in 1986. I dreamed of owning the game because they advertised the HECK out of it, and I got to play it a couple of times at a friend's house. 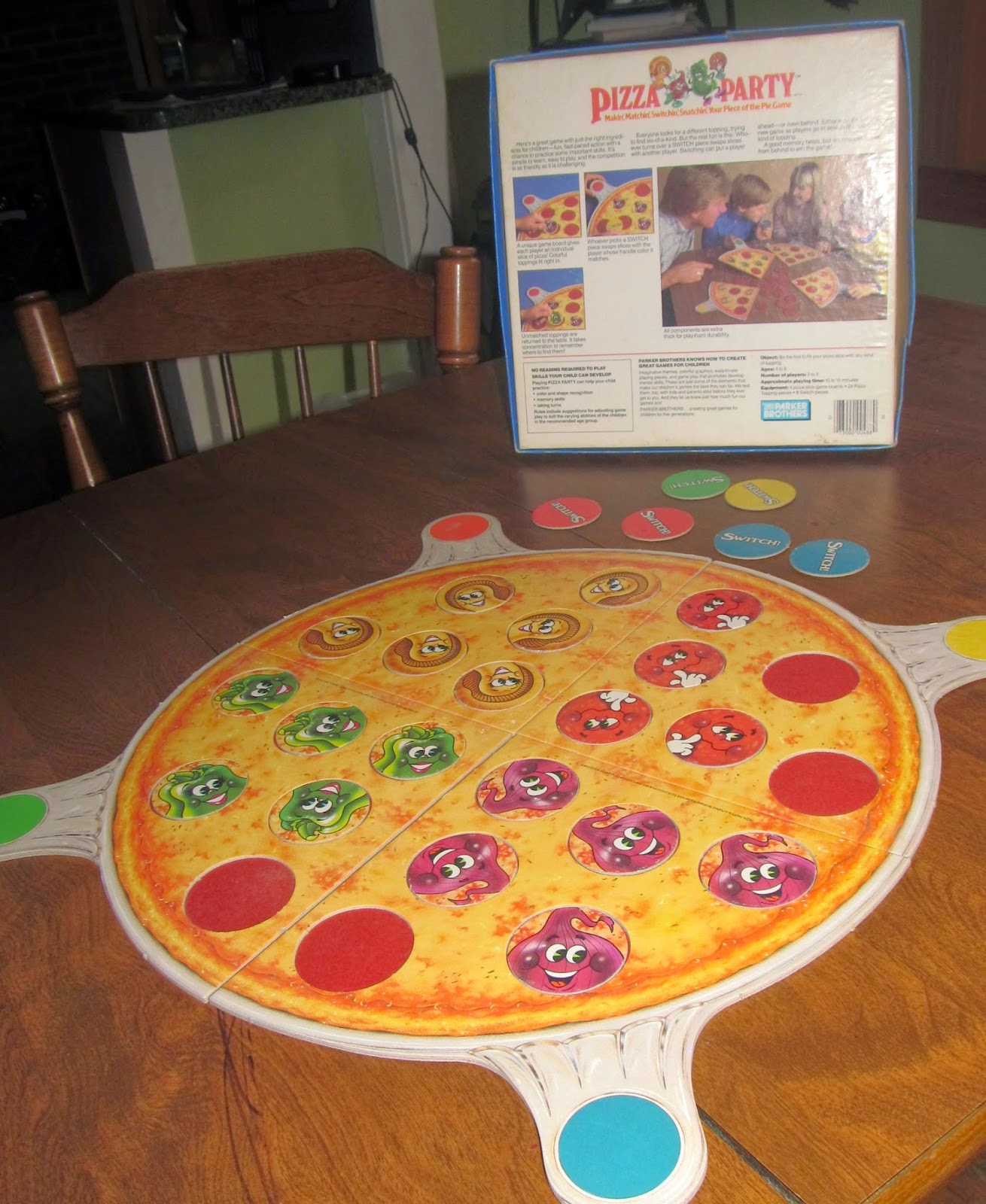 The copy I found is (of course) missing some tokens, rendering it unplayable. As you can see above, there is a green pepper, an onion, and two pepperonis missing in action, in addition to one of the green and one of the yellow "switch" tokens. Sigh. I am now making it my life's mission to track down another incomplete version of this game and get these six tokens BACK. I want to play this with my kids!!! Plus the theme song from the commercial is a brain-worm that I sing the chorus to EVERY time we order pizzas:


So that's all I've got for tonight kids! I'll be back with more Ghoulish Goodwill Goodies soon enough. Until then, Happy Haunting!
Posted by Derek Ash at 5:10 PM