Day 13: The Master of Suspense

All right, I can honestly say that I am not an Alfred Hitchcock fanatic. BUT I have seen Psycho, and the Birds, and North By Northwest, and was soon afterward compelled to own each of these movies, because I loved them so much. I also remember seeing reruns of the Alfred Hitchcock Presents show as a kid, and loving the idea that there was a whole TV show based around people murdering each other. Mr. Hichcock himself always seemed like the embodiment of what a good Horro host should be. He reveled in the Macabre, and was always most comfortable making jokes about it. Plus "Funeral March of a Marionette"? Best. Theme-Song. Ever.

Soon... as in the near future, I plan on immersing myself in the work of the "Master of Suspense" and seeing how much more inspiration I can draw from him in my own creative endeavors. Knowing this, whenever I see anything at Goodwill that is Hitchcock related, I am guaranteed to pick it up. So today's post is dedicated to the Hitch himself: 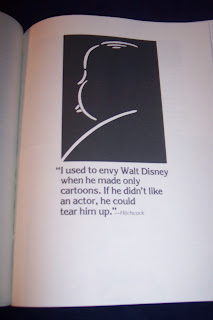 The Alfred Hitchcock Album by Michael Haley is a treasure trove of behind-the-scenes photos from many of Hitchcock's most famous films. Full of stories told by observers, facts about the films, and anecdotes about Hitchcock's personal life and career, it's an excellent study of the man and his body of work. 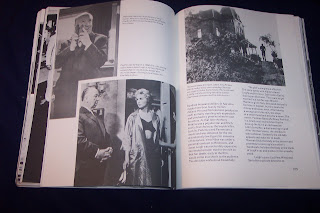 I can't wait to spend a creepy night at home alone, curled up on the couch, thumbing through this collection of memories, detailing the madness, murder, and mayhem created by the Master himself. I paid 2.99 for this book at the Ellsworth, ME Goodwill. 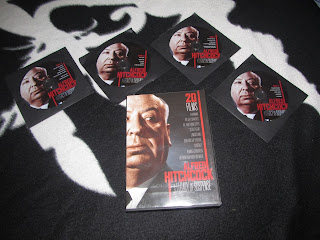 Next up we have the 20 Film collection: A Legacy of Suspense, which is a gathering of Hitchcock's earlier films and lesser known works. I usually don't hold out a lot of hope when I peruse the DVD section at Goodwill (when there IS a DVD section that is...) as most movies are work-out DVDs, instructional videos, and horrible knock-off cartoon films. But then I found this little gem. I am hoping the quality of the movies is up to viewing standards. There's a handful of silent films in the collection, which I find fascinating, and includes "The Man Who Knew Too Much" starring Peter Lorre, and "The Lady Vanishes". There's also a ahlf-hour collection of movie trailers from Hitchcock's entire career, AAAAND a documentary "chronicling his fascinating journey on the art of filmmaking", whatever that means. We'll see. I paid 2.99 for this bunch of DVDs and I look forward to checking it out. 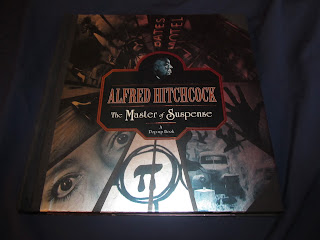 Finally I have a book I found not at Goodwill, but instead at Mardens Salvage and Surplus (which I've mentioned on here before) which is a... wait for it... POP UP BOOK dedicated to Alfred Hitchcock. Below I've included images from two of my favorite films from the Master (Big surprise, right? They're two of his most famous and popular horror films. It's quite the stretch.) 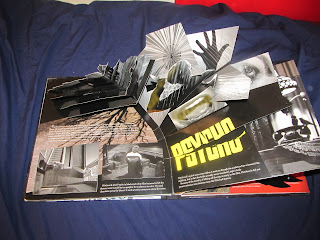 Here's the page dedicated to "Psycho" with imagery from the infamous shower scene, popping right out at your face! 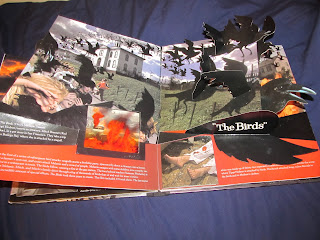 "The Birds" dominates this page, and looks great up close and personal. It feels like the book wants to peck out your eyes... which is really nice.

There are 5 other movies featured in the book as well, Saboteur, Vertigo, Marnie, Torn Curtain, and Frenzy. All look amazing, and as I learn more of Hitchcock's dark movie magic, I can't wait to eventually watch (and most likely own) them all.

Hitchcock is a legend of film-making who paved the way for so many who came after. His sense of timing, wit, and whimsy all infuse his movie-making with the kind of style that makes them watchable (and re-watchable) even now. Yes they feel dated, but in a classy, cool kind of way that keeps them from feeling old.

That's all I have for tonight dudes and dudettes! I'll be back again soon with more Ghulish Goodwill Goodies! Until then, Happy Haunting!
Posted by Derek Ash at 3:24 PM