Today's post is going to focus on a Halloween mainstay: Vampires! 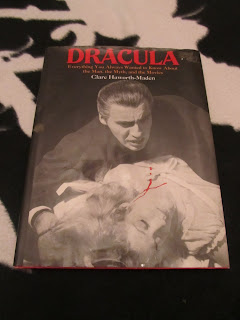 I picked through the cave to see what I had that would fit the bill, and came up with quite a few items to share, most of which were in fact purchased at Goodwill! So let's see what I came up with, shall we? 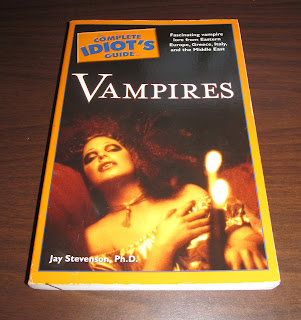 First up we have the Complete Idiot's Guide to Vampires. I've only just flipped through this one since buying for 1.99 at the Belfast ME Goodwill. I just really like the cover. It's sultry and suggestive, and... orange. I honestly have no idea how useful this book will be. But I like reference books about supernatural things, and this is just the bees knees. 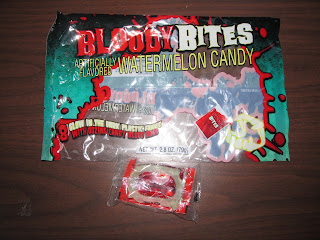 This one's definitely NOT a Goodwill buy, but in the spirit of the Goodwill Geek's thrifty nature, it did come from a Dollar Tree in Bangor, ME. Bloody Bites! These are packets of fake blood candy (watermelon flavored) that come prepackaged with plastic vampire fangs! Imagine! The fake blood does taste mildly of Watermelon (it also tastes mildly of new car smell) and has a texture like Elmer's glue (I'm... guessing). The fangs are your standard glow-in-the-dark plastic fangs. But when you put the two together? Magic. 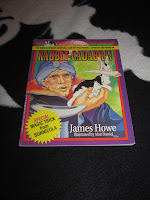 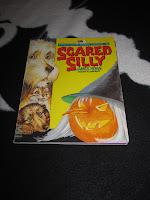 Next up we have a pair of illustrated Bunnicula books for kids. Or they would be for kids, if they weren't the length of the actual Bunnicula books. We have here Rabbit-Cadabera which is the story of Harold, Chester and Howie trying to rescue Bunnicula from an evil magician... and Scared Silly which is a bonafide Halloween book where the pets are menaced on Halloween night by a witch. There's a bit of a formula to these books where there's a huge misunderstanding and all is revealed to be harmless in the end (Or is it? Yes. It is.) 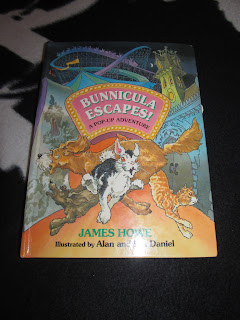 Next up we have more Bunnicula, in Bunnicula Escapes! a pop-up book that features our favorite veggie-sucking bunny getting loose in an amusement park. 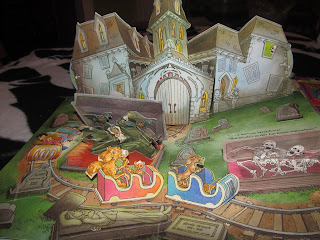 The denouement gives us this awesome diorama of the pets riding through a Ghost Train in the park. The book is fun to look at for sure, if a bit long-winded (the problem with absolutely ALL of the Bunnicula books, IMHO). 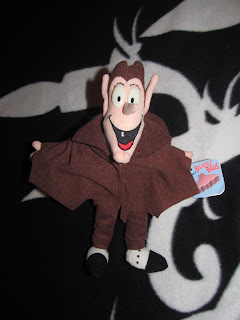 Next up we have the third of my Goodwill breakfast-themed bean-bag characters. Count Chocula! He's adorable. He looks great on my shelf next to the others, too. 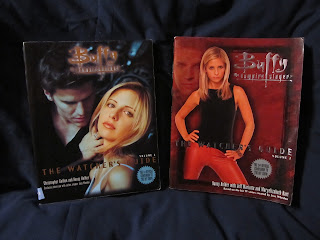 Next up we have a set of the Buffy the Vampire Slayer: The Watcher's Guides Vol. 1 & 2. I got these for 1.99 apiece at the Brewer ME, Goodwill, and I had an arch-nemesis Goodwill geek drooling all over them! (It was from that trip where I found the giant Starscream figure). 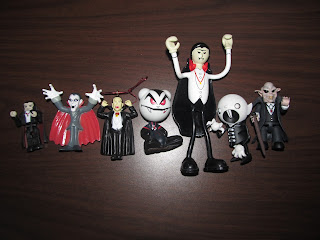 In a moment of absolute insanity, I combed the Geek-Cave in search of every Dracula toy I own. This is what I came up with. From left to right we have: The Universal Dracula Mini-mate. The Scooby-Doo Mystery-Mate Dracula, The Dollar Tree "Creepy Classics" Dracula, The Vlurp figure from the Fun-Keys line, A Bendos Drac figure, Killerpanda's Nosfe, and the Mez-Itz Dracula figure. Not one of these toys is from Goodwill, sadly. But they are all awesome.

Finally, I'm going to end with an incredible book called The Essential Dracula: Everything You Always Wanted to Know About the Man, the Myth, and the Movies. By Clare Haworth-Maden. This book covers almost everything you could possibly want to know about Dracula (up until 1992 that is). It really is an excellent collection of info, images, and reference materials. I'm going to do something that I very rarely do: post a bunch of pictures and let them speak for themselves. These are all shots from the interior of the book. 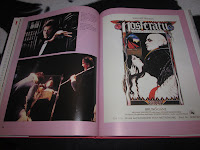 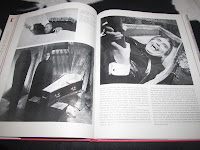 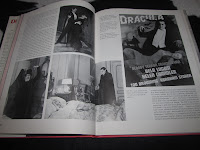 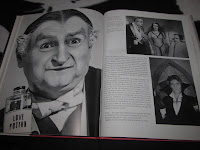 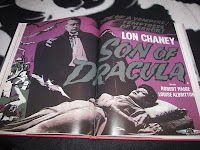 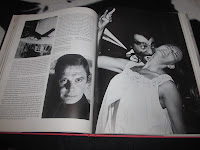 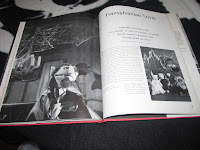 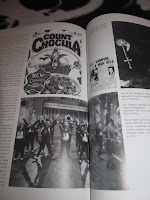 That's it for today gang! All this contact with vampires has me hankering for some iron supplements. But I'll be back soon with more Ghoulish Goodwill Goodies! Until then, Happy Haunting!
Posted by Derek Ash at 3:58 PM