To continue my Halloween editions of everything I normally post here on the blog, I'm going to do an article on some graphic novels that I've picked up recently at Goodwill. 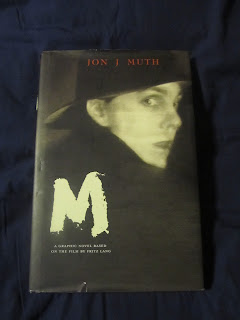 M by Jon J. Muth is an adaptation of Fritz Lang's movie. I haven't read this one yet, but it looks moody, atmospheric, and very well illustrated at a glance. I understand the story is about a serial murderer of children... and I've not seen the movie either... so it may be a while before I dig too deeply into this one. This is the only graphic novel on this list not actually bought at Goodwill. I got it at Mardens for .50 cents. A big, hardcover graphic novel based on a famous film... for .50 cents!

See 4 more that really ARE from Goodwill after the jump! 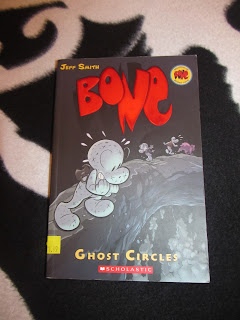 Ha! This is totally a cheat. Jeff Smith's Bone: Ghost Circles has got "ghost" in the title, and... "bone" so I'm totally featuring it here. Seriously though, this volume is where shit gets real, and there are some rather dark turns to the story. Smith starts wrapping up the over-arching plot, and this volume signals the beginning of the third and final act. I paid 1.99 for this book. 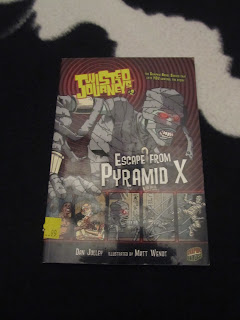 When I found this book I spent the next 5 minutes or so pawing through the kid's book section a second time to see if I could find any more in the series. Nope. Twisted Journeys #2: Escape From Pyramid X is a choose-your-own-adventure GRAPHIC NOVEL! with a HORROR THEME. There's a lot of text interspersed throughout, but the real work gets done by the excellent artwork. I paid .99 cents for this, and am very happy about that. 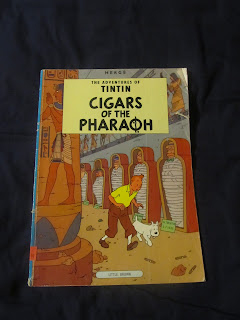 These next two books I would have missed completely if I wasn't paying close attention. I almost thought they were both straight-up children's books at first. The Adventures of Tintin: Cigars of the Pharoah was .99 cents, and it was a lesson learned that I don't really care for Tintin that much. Or maybe it was just this particular story. Anyway, I was pretty excited to find this on the shelf... until I read it. Didn't really do much for me, gotta be honest. I know Tintin has a pretty rabid and loyal following, so I hope I just got a crummy translation or something. Oh... this has mummies in it too. So... Halloween! 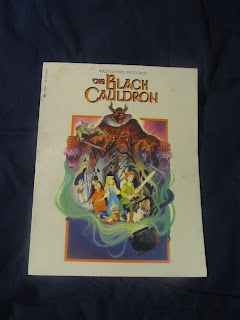 The last graphic novel on my special edition Halloween list is the adaptation of Disney's The Black Cauldron. I am a Lloyd Alexander fan from waaay back, and just the existence of the movie was something I had to really reconcile, since it wasn't exactly 100% true to the books... but I loved it anyway. I felt conflicted about it. This adaptation is nice, and the artwork is true to the film in most places. They did a nice job of it, and I like the fact that I own an adaptation of an adaptation that pretty much stands up to the its source material which doesn't really stand up to its own source material... but that is neither here nor there right now.

Anyway, that's it for tonight. I'll be back with more Ghoulish Goodwill Goodies soon enough! Until then, Happy Haunting!

P.S. I can NOT believe we're already this close to Halloween! Hopefully we don't lose power here when Sandy hits, and we can still have a Happy Halloween. I have three cute young'uns who will be mighty disappointed if we do. Anyway, if blog service is interrupted, my countdown will continue after power is restored, and finish, even if its AFTER Halloween. I also have a ton of non-Halloween stuff to blog about, including a package that arrived today from a League contest I've won!
Posted by Derek Ash at 7:25 PM