Tonight I'm totally going to cheat and just post stuff with very little comment from a Quick stop I made a while back. As long-time readers know, a Quick-Stop for me is a trip to Goodwill that is not a Payday Friday (as tonight was, but more on that another day...) and usually consists of me swooping quickly through each of the sections I frequent in an attempt to make some fast purchases and be gone like a ninja.

This was a while back, and I can't remember exactly when... but it was late September sometime. It was a GOOD trip. Not everything fits the Halloween theme... but a lot of it kind of does, so here we go!

Halloween or not, you don't NOT pick up a Rescue Rangers book when you see it. .99 cents. 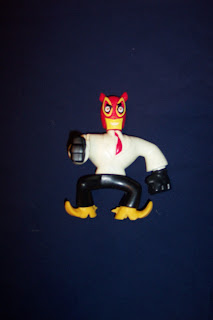 This luchador guy is from El Tigre. He's wearing a mask. Like people at Halloween! This counts. He was .99 cents. I like luchadors. I'm actually a pretty big sucker for stylistic cartoons that have been made into Happy Meal premiums. 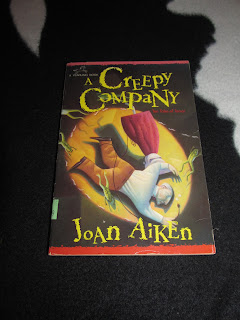 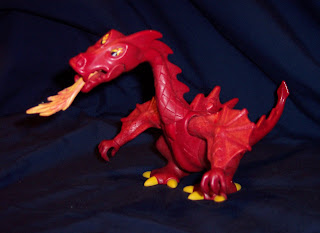 A Playmobil dragon. I don't need to defend this one. It's a frikkin dragon. .99 cents. 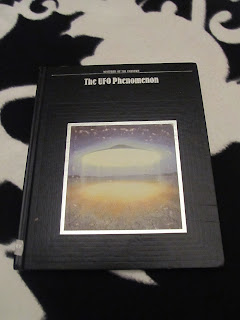 The UFO Phenomenon by TIME/LIFE books Mysteries of the Unknown series. I looked so hard for a sign of any other books from this series the day I found this one. I paid 2.99 for it. I found no others. It was if they had been... abducted. Or bought. Or just not donated to Goodwill at all... But I'm thinking abducted. 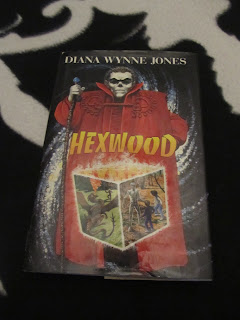 There's a Hex... there's a Wood. Close enough. Look at the guy on the cover. Diana Wynne Jones's Hexwood set me back 1.99. Haven't read it yet, but I KNOW it's got to be Halloween-y. Trust me. 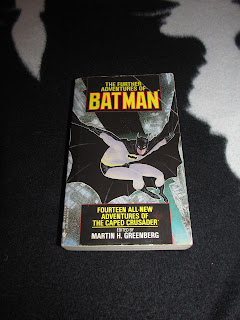 The final item from this Quick Stop is The Further Adventures of Batman which I used to own as a kid, shortly after the Tim Burton Batman movie was released. I'm justifying its inclusion because it includes one of my favorite Joe R. Lansdale stories: "Subway Jack" which features the God of the Razor. More than a few of the Batman stories in this collection are disturbing and horrific and actually really great Halloween reading. I was really pleased to rediscover this book for .99 cents. 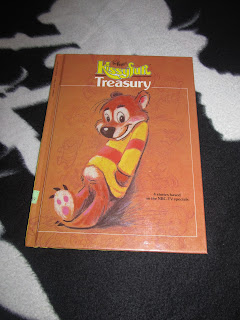 Not as strong an ending as I was hoping for, but all in all not a total failure of a Quick-Stop. I'll be back soon with more Ghoulish Goodwill Goodies. Until then, Happy Haunting!