Today I will try to talk to you over the cacophony of thousands of  screaming teenaged girls (nevermind the fact that I am not speaking out loud, just play along) to bring you a pair of cassettes featuring a pair of boy band from two very different eras! 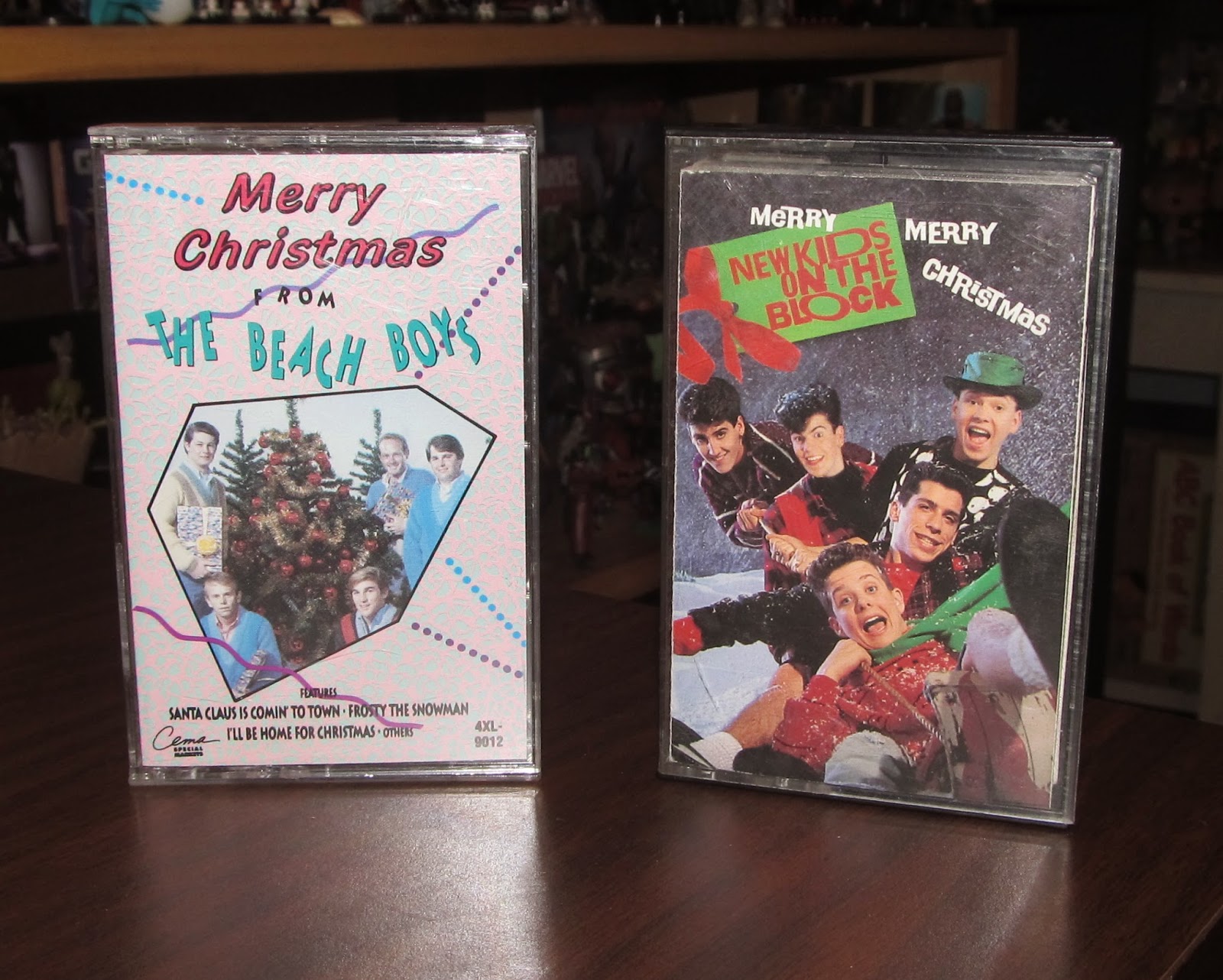 The next cassette almost made me pee when I saw it at Goodwill. Finding a copy of "New Kids on the Block: Merry, Merry Christmas" was so exciting I'm sure Santa heard my squeal of glee all the way up at the North Pole.

NKOTB was HUGE in the late 80's and "Merry, Merry Christmas" was released in 1989, the same year as the album "Hangin' Tough". Every girl I knew around the time I was 11 years old had posters of these guys GALORE plastered all over their rooms. Here's the track list:

-Side A-
1. This One's for the Children
2. Last Night I Saw Santa Claus
3. I'll Be Missin' You Come Christmas (A Letter to Santa Claus)
4. I Still Believe in Santa Claus

This is a very serious message. So all of you please listen.

I'll be going right up through Christmas day itself posting, so be sure to join me back here tomorrow for more of the 12 Days of Christmas Cassettes celebration!!! Merry Christmas and Happy Hunting!
Posted by Derek Ash at 2:08 PM