I popped into Goodwill for a Quick Stop last week and am just now getting around to blogging about it. It was a better haul than I'm used to picking up in a Quick Stop, which is usually just a sort of drive-by for me where I skim the toy section, the book section, and then run for it with anything I find.

So I found a nice pile of books, and even a handful of toys, but I'm just going to focus on the books first. I'll drop a post on here about the toys tomorrow or the next day. 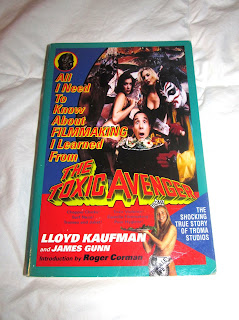 First up is this awesome book All I Need to Know About Filmmaking I Learned From the Toxic Avenger which looks like an EXCELLENT READ. From Class of Nuke'em High to Sgt. Kabukiman NYPD I love a good, trashy Troma flick. I was incredibly excited to find this book. This was 1.99. 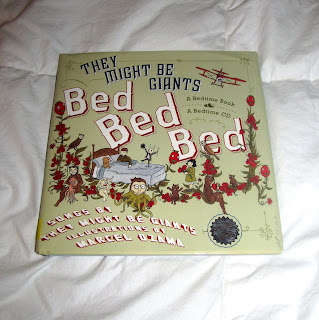 Bed Bed Bed is actually the second They Might Be Giants book I've found for cheap recently. The other one is a book called KIDS GO! which I found at Mardens (a salvage and surplus store chain here in Maine). I am a huge TMBG fan from way back when so having books based on their works just makes me happy. I paid .99 cents for this, but the CD was missing from the back (which is okay because I already have the music that would have been included). 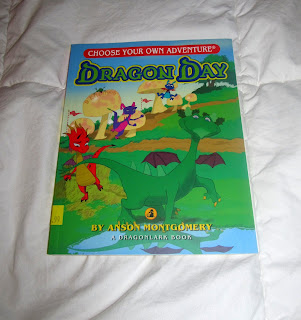 Next up a newer Dragonlark: Dragon Day Choose Your Own Adventure book that looked cute. I have a couple of the more recent, more fully illustrated books from this series that I've picked up at Goodwill. .99 cents. 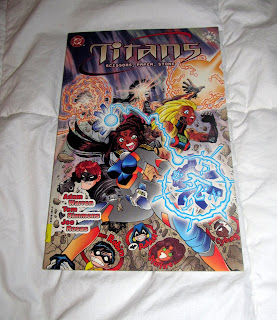 This was a treat to find for me, because even though I am really not even a little bit of a manga fan (or manga-style fan) I am a fan of Adam Warren. He did a great mini-series for Marvel a few years back called "Livewires" and the art style didn't set my teeth on edge. The writing was clever and I loved the hyper-technology he introduced in that story. So when I discovered this Elseworlds version of the Teen Titans by Warren: "Scissors, Paper, Stone" I was interested to see his take. It was a nice surprise, and a great, short read, and since I paid .99 cents for the book I was not disappointed! 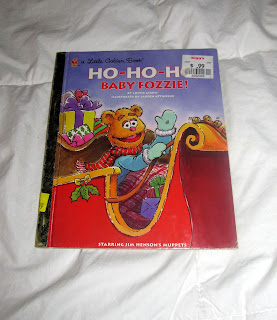 As I've mentioned before, I like the Muppets, I like Golden Books, and I pretty much don't mind if they're not vintage as long as its a Holiday book I don't already own. So this Ho-Ho-Ho Baby Fozzie book made it home for .99 cents without having to think too hard about it. 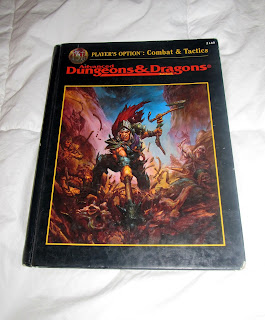 Another excellent find was this sometimes considered controversial Player's Option: Combat and Tactics book for the Advanced Dungeons and Dragons 2nd edition (or 2.5 edition, depending on which geek you ask). I LOVE finding role-playing books at Goodwill! I paid 2.99 for this book, but definitely felt it was worth it. 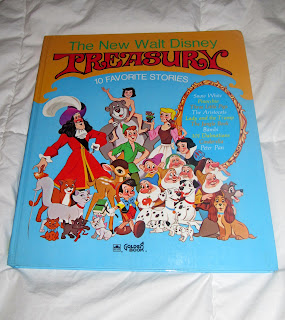 The New Walt Disney Treasury: 10 Favorite Stories from Golden Books from 1971. I really like the look and feel of the book and its illustrations. Here are a handful of shots from the interior: 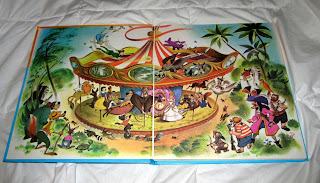 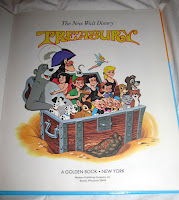 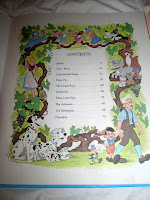 Another excellent find for just 1.99. I'm really not a collector of anything classic Disney, but I really wanted this book.

Well, that's it for the books from my most recent Quick-Stop. I'll be back with more Geeky Goodwill Goodies soon, as I still have some toys from the same trip to share!
Posted by Derek Ash at 4:31 PM