Back in November of 2012 I posted about a Payday Friday from the prior October. This haul included a copy of the Clarissa Explains It All Board Game. I didn't write much about it at the time... but the time has come to correct this oversight. 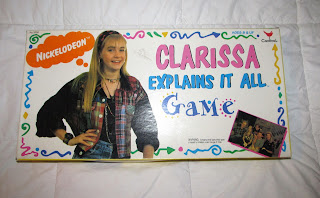 For those of you who have no idea who Clarissa Darling is, or why she should be explaining anything to you at all... we need to go back a few years to 1991 and the heyday of Nickelodeon. Spongebob hadn't been invented yet, and wouldn't rear his yellow, porous head for another 5 years or so. It was the year of Nicktoons like Rugrats and Ren & Stimpy. But along with those were some live action shows aimed at teens like "Are You Afraid of the Dark" and "Clarissa Explains it All".

Clarissa was portrayed by a pre-"Sabrina the Teenage Witch" Melissa Joan Hart. It wasn't the first sitcom of its ilk aimed at Teens, nor would it be the last... but it always had a special place in my heart. 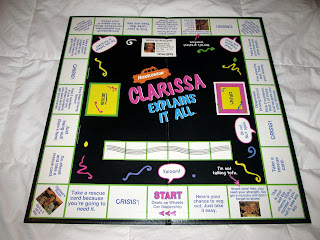 So they took this concept and turned it into a board game. It actually seems like it would be pretty fun to play (still haven't play-tested on my family... we'll see if it happens) what with it's fun multiple choice mechanism and opportunity to steal from other players- but you can just read the rules later. I think the major thing this game board is lacking is more photos from the show. There's a total of three on the whole board, four if you count the driver's license (which I DO NOT). It just would have dressed it up some more. 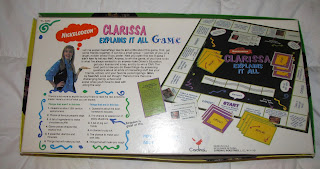 Obligatory back of the box shot here. Full of cute-itude. 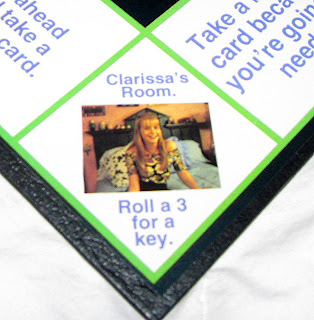 Here's a shot of Clarissa on her bed. Nothing funny I can think of about that. 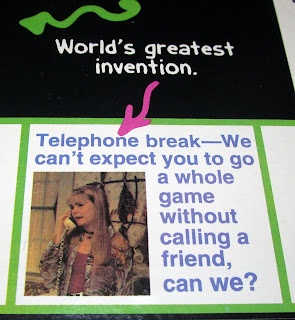 Teenage girls like talking on the phone. There's got to be some comedy they can wring out of that... 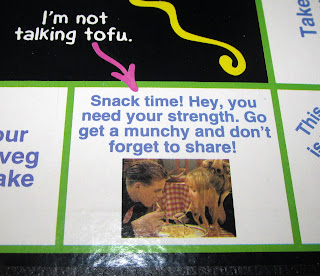 And there's Sam! Sam was so cool. He climbed trees and whatnot. 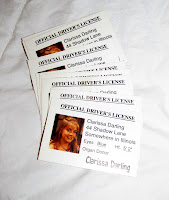 Being a game about Clarissa's quest to acquire a car and license, you may notice a certain... theme to some of the game tokens. 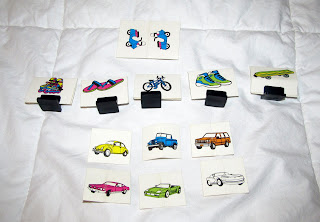 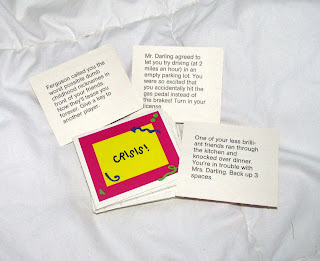 Here are some crisis cards. They represent chances to lose your hard-earned... earnings. 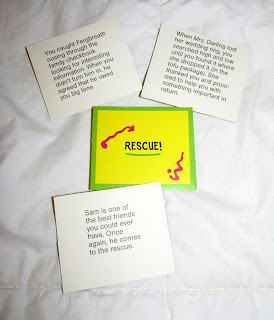 Here are a few examples of "rescue" cards. These counteract the various crisises... crisees... cristopi? The various bad cards. IF the character on the card matches (a Ferguson rescue cancels out a Ferguson crisis).

Here are some "Clarissa Explains... List Cards". The players all choose which number on the list they agree with and this determines a secret number of spaces they may move on the board. I picked my 8 favorite lists to highlight here. I really dig the explanations of a teenage girl from the 90's. 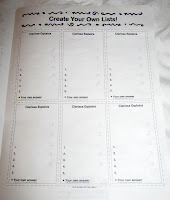 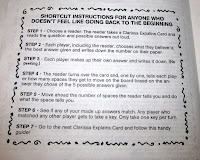 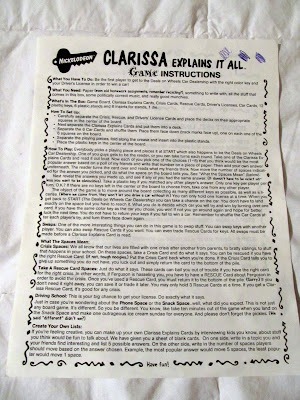 And finally we have the booklet with instructions on how to play the game. I honestly can't believe my luck at finding this game complete. There was even an old pencil included. I can't wait to give it a shot with my wife and 12 year old daughter (can't decide if she'll be mortified or completely uninterested... but excited is too much to hope for).

Any way, this little 90's Nickelodeon relic takes me way back, and for that, I love it.

If you want to check out the rest of Goodwill Gaming Week:

- Day 1 I checked out the MAD Magazine Board Game from Parker Brothers.

- Day 2 I explore the bizarre world of Mexican BINGO!

I'll be back tomorrow with more Geeky Goodwill Gaming! Until then, Happy Hunting!
Posted by Derek Ash at 6:56 PM