I've been blogging for a year... Yesterday?

So I saw that Dex over at AEIOU and Sometimes Why? was celebrating his second blog-i-versary (his term... not mine) back on July 13th.

THEN I saw that Erick over at the Wonderful Wonderblog was celebrating 7 YEARS!!!

THEN... I saw that Michael Lewindowski over at Memories of Toymorrow was celebrating his 1 year Anniversary, and mentioned it on July 22nd!

And that got me thinking... I couldn't remember exactly when I started blogging about all the second-hand crap that I buy at Goodwill (and other places) so I had to investigate.

But first, I want to congratulate ALL of those guys, as I have been following, reading, and enjoying their blogs for quite some time now.


But then I want to point out that MY first blog post was back on July 24th of last year! 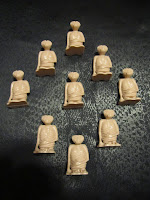 The picture above is the very first picture I posted to my blog. At the time I only knew they were from a baggy I'd bought at the Brewer, ME Goodwill. They were obviously E.T. I just wanted to give a hint of the sort of thing I would be posting about on my new blog. I put out a call to help identify them and I found out they were game pieces from an old E.T. board game. Ever since I found that out, the idea that the rest of the game might have been kicking around the very same Goodwill store that day has haunted my dreams... But on that fateful day the Goodwill Geek was born!

Bitten by a radioactive Thrift Store, the Goodwill Geek stood for second-hand geekiness everywhere he went afterwards! With the powers of endless patience to dig through piles of old, broken remote control cars and Hotwheels car-tracks with missing pieces to retrieve the awesome vintage Happy Meal toys hiding beneath! With the eyes of a biblio-phile on the prowl, picking out secondhand graphic novels, Little Golden Books, and Choose Your Own Adventure books in a sea of Babysitters Club novels! This Geek was ready to tell his tale!

Since I've been blogging for a year, a lot of stuff has happened to me!

- I joined the League of Extraordinary Bloggers! In fact, I created this blog just so I could join!!! My first post for the League was an imaginary road trip! 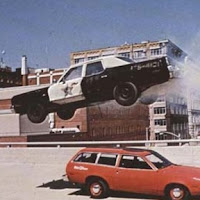 - There was the time I brought home the AWESOME Toxic Crusader's Poster book! That was during my very first month of blogging! 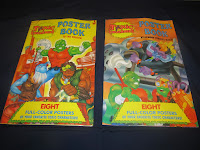 - I featured some excellent Comic book finds including Iron Man's Demon in a Bottle and a classic volume of TMNT comics! 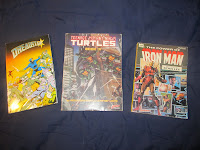 - Then I joined Reis O'Brien's Dork Horde!!! It was a proud day when I took the hood!

- Still one of my favorite posts was the one detailing the weird collection of art-books I've acquired. 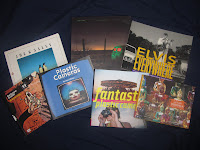 - I professed my love for Fisher Price's Little People! Not just once but twice!!!

- I won a pack of goodies from none other than Michael Lewandowski from the aforementioned Memories of Toymorrow! The Teenage Mutant Ninja Turtles helped me open it when it arrived! 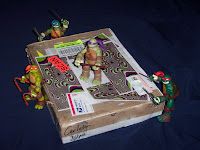 - I blogged about the purchase that really turned me into the most obsessive Goodwill Geek that ever roamed this Earth! 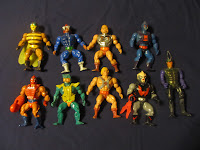 - I helped in my own small way to kick off the Great Candy Corn Wars of 2012.

- I finally revealed the Goodwill Geek Cave for all the world to see!!! (I think I'm going to have to do some update pictures here sometime soon, as the Cave is looking very different in many ways these days... 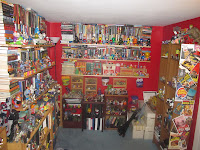 - I also won an awesome Firefly tribute book from Brian over at Cool and Collected! 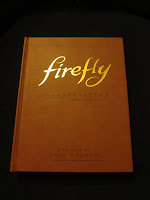 - I showed off my Green Lantern Action League collection AND the awesome Dex-Starr custom that I traded Reis O'Brien a bunch of California Raisins for!!!

- Thanks to Eric from Toyriffic I started listening to Macklemore and Ryan Lewis's Thrift Shop before it was COOL to listen to it!


- I filled a second-hand jungle with tiny Indiana Jones figures! 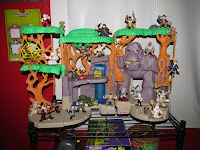 - I tried to identify a handful of mystery toys! (You guys were NO help by the way... just sayin'...)

- By far one of the most exciting things to happen to me as a blogger was getting to see the movie, Motivational Growth while it was still travelling the festival circuit. My interest in the trailer drew the attention of director, Don Thacker, who gave me a two-part interview (Here's pt. 1... and Here's pt. 2), and permission to see the film. It was pretty great. I loved the film and can't wait to see where it pops up next.

- What turned out to be one of my absolute favorite posts of ALL TIME was one of the three I did for the League's Pirate's Week. I wrote about my favorite, cheap-ass set of pirate figurines, and gave them each a name, personality, and back-story. It was one of those posts where I just let loose and write cRaZy!!! 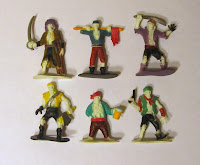 - I started a new feature when I got my new iPod with a built-in camera called Goodwill Gone Bad. I featured pictures of items I could not picture ANYONE buying from Goodwill (I then spent time standing in line behind a woman buying one of those VERY items... so that just showed me). I then plopped my iPod into a bucket full of bleach-water and let it soak over night. So... that ended that feature. But it was fun while it lasted! I got to do 2 of them. 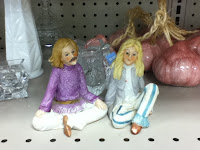 - I also told the convoluted tale of my childhood love for mini-figures for the League... and the handful of specific characters that I carried around obsessively. 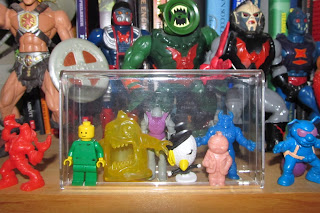 - One of my highest-hitting posts was one where I just took some random shots of stuff in the cave! I wasn't sure how to feel about that. I've put a LOT more effort into posts that haven't been nearly as popular... 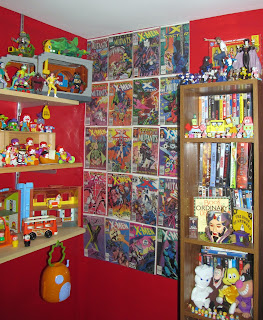 - Not really due totally to the fact that I have this blog... but still related to it... I did a Charnel Chat over at the Grim Reader. I think I had the confidence to contact him and do one because I'd been writing on here for a while.

- Another couple of favorites I did for the League, I reminisced about my first impressions of the Thundercats, and talked about how much I wished the California Raisins would make a come-back!

So as you can see, it's been a very busy year! And I am looking ahead to the future! I'm still participating in the League posts week after week, and I'm discovering new blogs and interesting bloggers every day, and I feel like these are my people. What I write... I write for them. I love the blogging community I've become a part of in the last year... and I am greedy for more!