So Payday Friday got pushed off to Saturday this week... not insomuch that I got paid on Saturday... just that I didn't get to Goodwill until Saturday morning. It was absolutely NOT the most exciting trip I've ever made to Goodwill, but there were a handful of highlights. 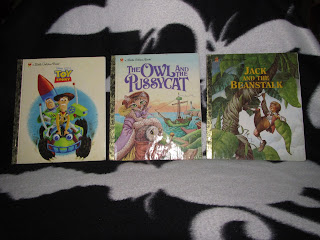 First a handful of Little Golden Books made it home. None of these are vintage, but let me explain: 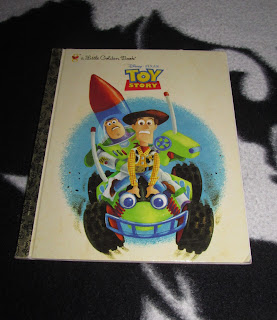 I've decided that any Pixar properties in Golden Book Format (as long as it is a straight movie adaptation for the most part) will be coming home. I love the in-house style they use for the Pixar Golden books. It looks retro and stylish and is bursting with color... and well, it's Pixar. So Toy Story made it into my purchase for .99 cents. 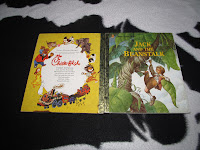 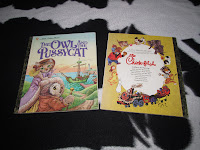 These are interesting because they are Chick-Fil-A premiums. Now, I am no huge fan of Chick-Fil-A with their recent public shenanigans. I don't believe that brands should pretend to be people with opinions on political, social, religious, or personal affairs. BUT I found it interesting that a fast food franchise had decided to distribute Little Golden books as premiums, even if they're nothing terribly old. 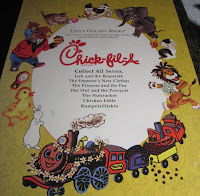 There are 7 in the set, though sad to say I could only dig up 2 looking through the books at Goodwill. I would have loved to have brought home Rumpelstiltskin or The Nutcracker... or the whole set of 7. At .99 cents apiece, I wouldn't have minded. 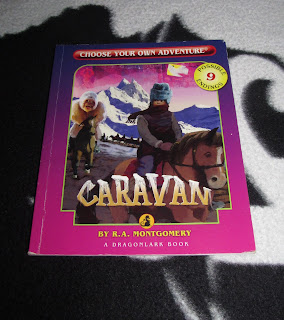 Here's a Choose Your Own Adventure from 2007 updating a book from the 80's with some big full color illustrations. It was also .99 cents. 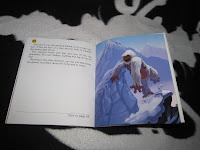 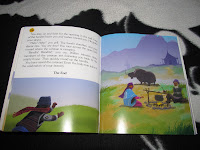 It's fun for me as a collector, seeing some of the stuff they did with the series to try and keep it current.

Here's a collection of Star Trek stories from 1976 The New Voyages. I'm not a huge Star Trek fan, but thought this looked interesting. I have enough of an appreciation of the series to enjoy this collection. For .99 cents I didn't feel the risk was too great. 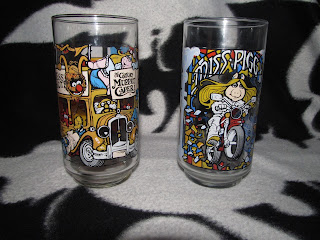 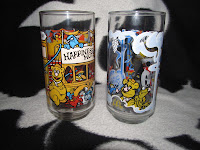 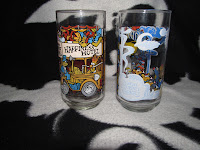 The crown jewel of this trip was this pair of Great Muppet Caper glasses from McDonalds, circa 1981. I always cruise the glassware aisle in the specific hope of finding glasses like these. My Holy Grail would be a set of Goonies glasses, but I'll settle for any character glasses really, including the original McDonald-Land gang. I've taken three different shots so you guys can see all the way around them. These were .99 cents apiece. 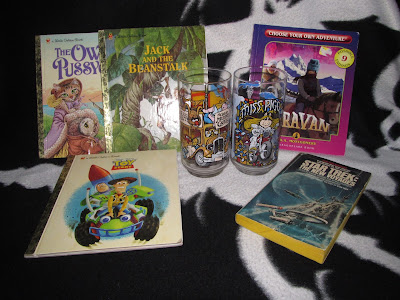 So that's it for this week's haul. With my Goodwil discount card, I got out for under seven dollars. Not my most exciting discoveries, but I got to add to a couple of my book collections, and found a couple of really nice vintage McDonalds Glasses. Not bad in the end.

I'll be back soon with more Goodwill Goodies. Until then, Happy Hunting!
Posted by Derek Ash at 8:47 AM