Help me Internet Kenobi... You're my only hope! I have these four figures that I need all of my most powerful internet friends to help me identify! 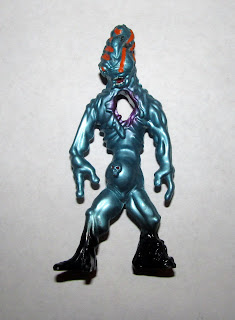 First up is this weird alien/mutant figure. He looks like he's melting, has a hole blown through his chest, his feet don't match, and he has a tiny skull growing out of its belly button. There are absolute zero markings on this guy. No dates, no company stamps, not even a "china". I would really love to know where he's from. 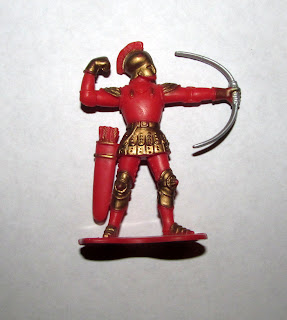 This Greek (I thought Roman at first, but now I'm going Greek) archer figure is another cipher.  He looks like he's from a cheap bag of roman soldiers, possibly included with a play set or something. Again no markings. Nothin'. Nada. Please tell me you recognize this soldier. I want to know where he came from.

UPDATE: Eric Stettmeier of Toyriffic fame has given me a possible lead. He once upon a time found a Minotaur figure that matches this archer in style. Most likely from the same set or series of toys. He mentions it in the comments below, but there's a picture of it on his blog. Check it out! 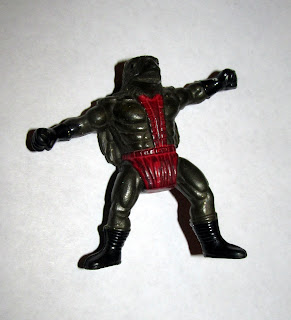 This is my most burning mystery. I've owned this figure for over 10 years now. I bought him at a yard sale. Again, no markings on him, but he's a bird-headed warrior figure. He's pure awesome. He also has a hole through his hand to hold a sword or spear or something. I suspect he was designed to ride on something else's back, because he cannot stand on his own, and well, look at that gait. I can't tell how old he is, or ANYTHING. 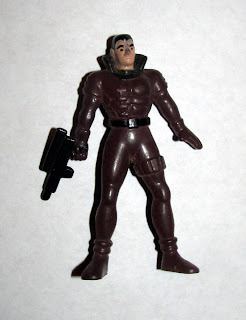 This is a more recent find from Goodwill. I love his look and style. He feels retro (... 90's maybe?) with the collar and leg belt. He's more of a rubbery plastic than a hard plastic, and yet again, he has not one single indicating marker on him. I cannot even imagine what he could be from. 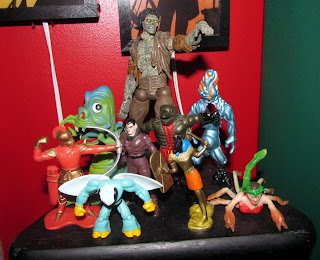 Here they are in my "oddball figures" group, on top of my CD tower. Don't they look nice? I actually need to get my Simon Garth Zombie figure out of there. He's just not "oddball" enough.

HELP ME INTERNETS!!! I desperately need to know where these figures came from!!!

I'll be back soon with more Goodwill Goodies! Until then, Happy Hunting!

Email ThisBlogThis!Share to TwitterShare to FacebookShare to Pinterest
Labels: mystery toys, thaaaaat's about it