It's League of Extraordinary Bloggers time again! And since I've missed the last two topics due to moving, I have been itching to get in on some of the golden League-y goodness! 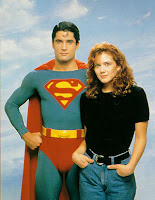 In the spirit of Young Indiana Jones, Young Frankenstein, or Young Einstein, come up with a “Young ___” prequel or series.

What hasn't been done before I ask you? We've gotten stories detailing the youths of the gang from Star Wars, young Superman (two TV series!), and even the Muppets baby-hood has been done before. A Pup named Scooby Doo takes out another of my staples... And they've done a junior Inspector Gadget cartoon too! Even boardgames like CLUE have junior versions of their characters, stealing each others's pets and lunch money! There's a series of YA novels telling the story of Junior James Bond... so what's left? Hannibal Lector... done to death. The Flintstones Kids? So stone age. Alien got a prequel in Prometheus... we got to see what happened in the future/past of Terminator... Batman's had about twenty versions of Year One... Starfleet Academy... we've seen Mario and Luigi as babies... even the Teenage Mutant Ninja Turtles did an episode with them as kids. What is there left to do?

I suppose I could go with...


See my Young Guns after the Jump! 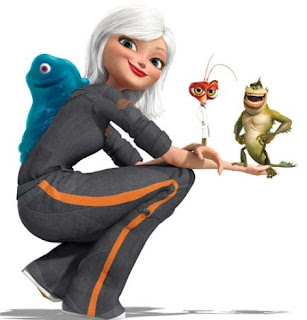 Stay with me here. I loved this movie, but I felt it was a little lacking in well... monsters. I mean, the five main character monsters were great, but I really wanted to see more monsters working for their government agency.

What better way to showcase a few fresh faces than to go back in time and show the eraly days of the agency, back when Link, BOB, Insectasaurus, and Dr. Cockroach were all first recruited? It could be a sequel with a heavy set of flash-back sequences to introduce a bunch of old retired monsters who no longer work for the agency. In this way, maybe an old monster could be introduced as a new villain, out to destroy the current monster roster... and an alien could become an ally, preserving the Monsters vs. Aliens theme. 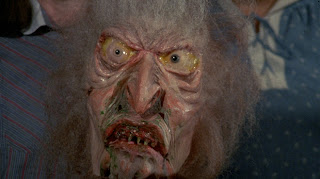 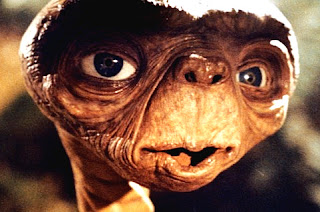 Yeah... they'd have to polish it a bit... Anyway, the set-up be damned, here's an opportunity to show the birth of BOB:
The transformation of Dr. Cockroach:

And the discovery of Insectasaurus:

We'd see the team before Ginormica showed up, and maybe even see (or not see) the Invisible Man, referenced in the first film.

Check out what some of the other League Members are prequeling:

- jamielynq over at Q the Adult decided to explore the Young Sherlock Holmes idea a bit before settling on something I personally found brilliant... a JK Rowling Prequel starring the Marauders (Harry's Parents, friends, and enemies back at Hogwarts)!

- ShezCrafti wants to explore the Toddler Mutant Ninja Turtles Concept more in depth. She makes some pretty convincing arguments for why that particular tunnel of the sewer should be re-explored.

- Jason over at Rediscover the 80's goes in a slightly different direction with a "Sons of" approach to the Dukes of Hazzard.
Posted by Derek Ash at 6:01 PM

Email ThisBlogThis!Share to TwitterShare to FacebookShare to Pinterest
Labels: Monsters Vs. Aliens, The League of Extraordinary Bloggers, Young Guns