Yeah... I guess a bunch of stuff is going to be Redux for a while. Here's a payday Friday from like... two Paydays ago. So... like a month? That doesn't seem... yeah I guess it does. 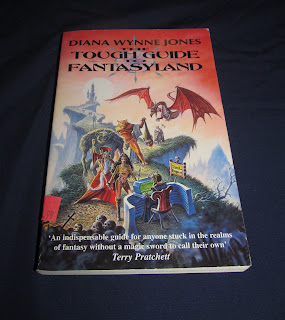 Well, "There's Always Books" is something I should probably just have stitched on a pillow, so it should come as no surprise that I'm starting off with them.

More Details After the Jump!

First up we have "The Tough Guide to Fantasyland" by Diana Wynne Jones, who is an author I am quickly learning to pick up whenever I see her name on a book. This tome is a fun little irreverent reference guide that gives us a walking tour through the tried-and-true tropes of the fantasy fiction landscape. This is my CUP. OF. TEA. Got this for 1.99. 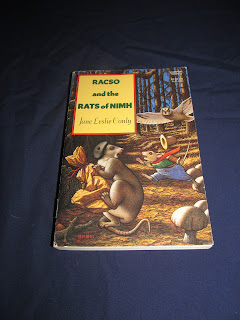 Did you know there was a sequel to Mrs. Frisbee and the Rats of NIMH? I didn't either. You know why? Because there ISN'T. This is not the same author, which I only discovered after I got the book home. I'm still going to give it a chance even though it's just overrated fan fiction. I don't know how I feel about it actually. There's always this part of me that doesn't like it when someone else takes over an author's world and uses it to write... but then I love tribute anthology books where authors write stories set in other author's worlds... But something like this always just feels like it's someone cashing in. I'll give it a chance. I only paid .99 cents after all. 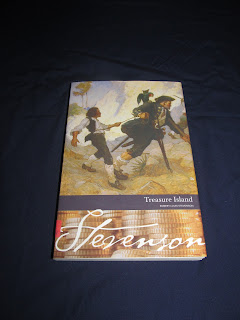 I do not own a copy of Treasure Island, and I have always planned on reading it. I liked the cover to this one, and I love the trade paperback size more than a pocket paperback. I paid .99 cents for it, and I feel pretty ARRRright about it. Heh. 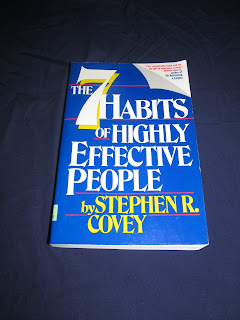 I felt like not saying anything about this one, just saying "What? Don't judge me." but I am really intrigued by this book, and have always wanted to read it. I work training and leading people in a high-stress environment, and I happen to know that a bunch of the classes I've taken through my work are totally cribbing from this book. So for 1.99, I finally get to read about the seven reasons why I'm so ineffective. What? Don't judge me. 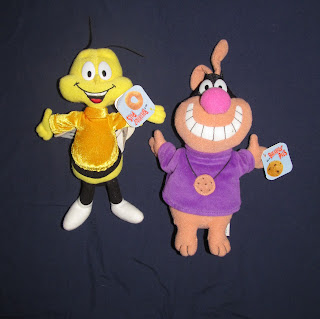 On to the fun stuff!!! Here we have a couple of General Mills Breakfast Pals. I already own one of these... a Shadowy figure I am saving for a later post. But apparently you can get Wendell the Cinnamon Toast Crunch Baker, the Trix Rabbit, and a couple of other icons. I want them all. I am so not a beanie baby person... but you guys have seen me make exceptions. These are a HUGE Exception. I am a sucker for any merchandise from food advertising. I know I shouldn't be... because they're all a part of the huge uncaring plot by big corporations to throw our children's health away and make them fat so they can make a buck... but I loooove them! I love fast food mascots, and I love cereal mascots almost as much. And the fact that Cookie Crisp is being menaced more by a Wile E. Coyote knock-off these days than a masked bulldog just makes me love this toy even more. 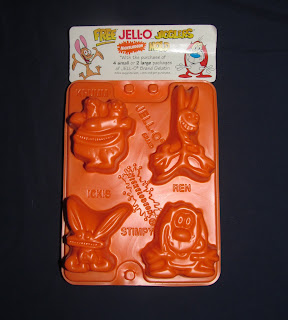 I saved what I felt was the best for last. I actually found these in with the Halloween items, and considered holding onto them for October... but honestly I couldn't think of why these Nickelodeon Jell-O Jiggler molds would be considered Halloween other than the fact that they had two "Aaah! Real Monsters" Characters on them, and they're made of orange plastic. I never watched much Aaah! (obviously, since I mistakenly called it Eek! when I first wrote this post... genuine thanks to The Great Silence for the correction) but I watched plenty of Ren and Stimpy, and that was the real reason for buying these sets. There are four of these molds compressed together so tightly that the laws of physics no longer apply to the concept of separating them. Looks like at the time they were free with a handful of Jell-O packages. I paid 1.99 for the set of four. I feel okay with that. I really like these molds. 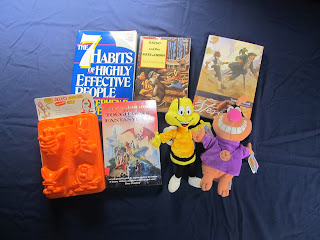 So here's the haul from a couple of Payday Fridays ago... although I'm pretty sure I brought home some actual Halloween items that day as well that I'm stockpiling for my October countdown. It's probably not an effective habit to have, but at least it'll help me get ready for Halloween.

I'll be back soon with some more Goodwill Goodies, so until then, Happy Hunting!
Posted by Derek Ash at 12:46 PM

Email ThisBlogThis!Share to TwitterShare to FacebookShare to Pinterest
Labels: Breakfast Buddies, Diana Wynne Jones, Habits I know I do not have yet, Jell-O, Ren and Stimpy, The Rats of NIMH, Treasure Island