4 Geeky Books for a Buck at Marden's Overstock and Salvage

So during another browse at Mardens, a chain of overstock and salvage stores here in Maine, I stumbled across a deal on books. There was a massive clearance going on, and they were selling books for four for a dollar. In the past they've done thinks like selling books by weight, selling books 10 for 10, buy one get one free, etc. But this was pretty much the best deal I've seen there in a while.

Of course that meant the majority of the books for sale were nothing I was interested in. But I could smell a blog post here people, and with that in mind, I set out to find those four magic books for that one magic dollar that I could write about here.

Here is the pile of four books I paid four quarters for: 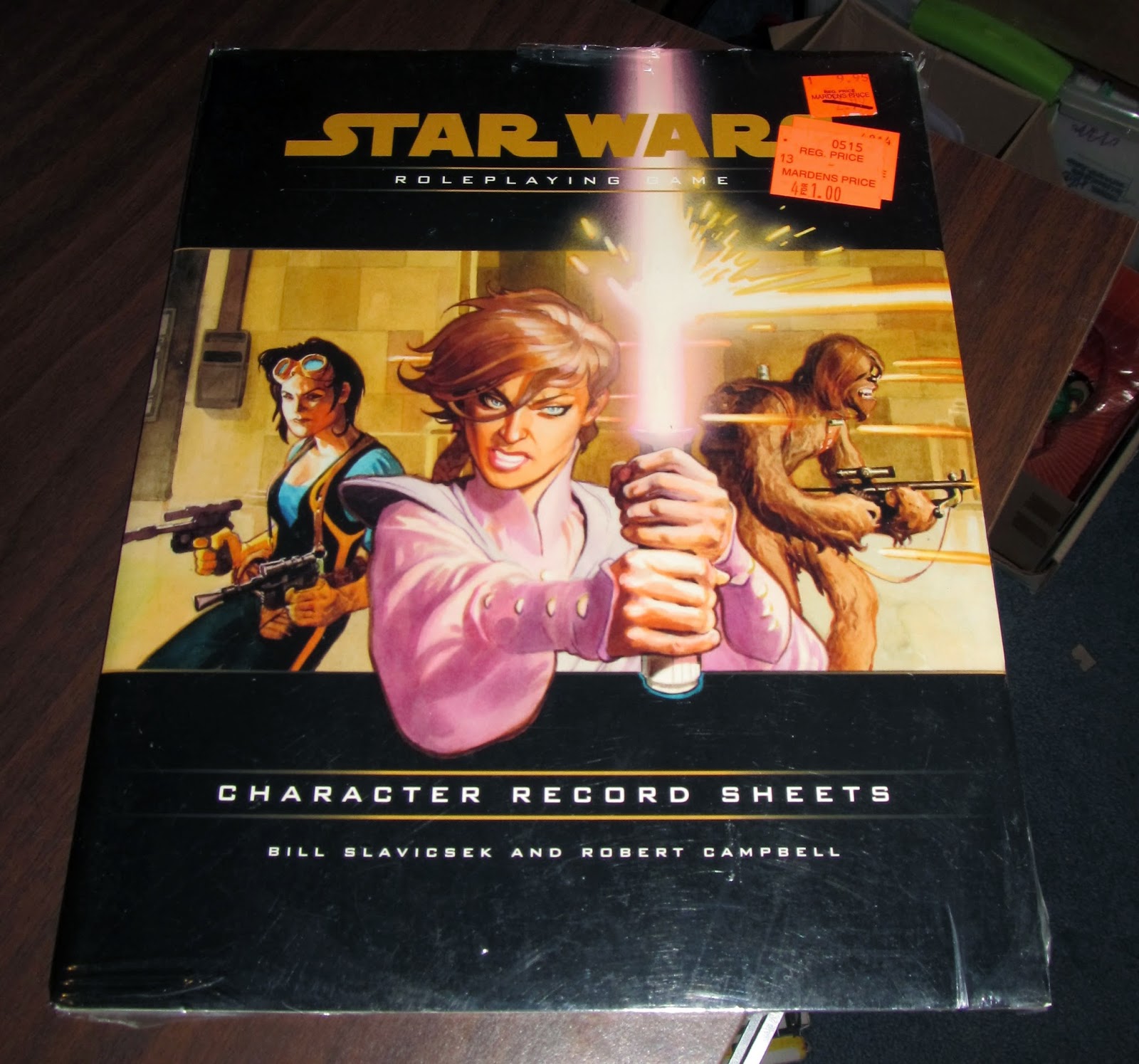 First up, this one is sort of a cheat... I guess? But I posit that this thing counts as a book. It is in fact, a shrink-wrapped folder full of character sheets to be used in the Star Wars Role-playing game. For the record... I do not own the Star Wars Role-playing game. Nor were there any other books or supplemental materials on sale at Mardens to support my purchase of these character sheets. But when it comes down to desperation in wanting to put together a quartet of cheap books that seem even mildly "geeky" and the fact that I was basically paying yard sale prices for these things... it went a long way towards motivating me to take them home. Besides, this was my last-ditch pick and it was down to this or a book about desk lamps. I'm not kidding. There was a book featuring desk lamps as objets d'art.

And I just can't. 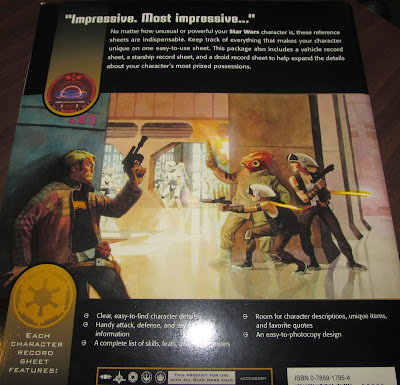 Here's a look at the back of the package. I like the art styles employed here. 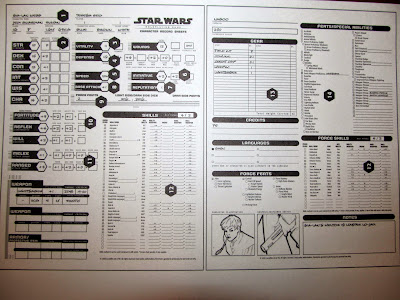 And here's an example sheet filled out on the inside cover. "Sia-Len Wezz" a Jedi guardian. I wish I had more to say about these things honestly... other than I LOVE role-playing paraphernalia, and that I used to have a bunch of source books for the old 80's-90's version of the Star Wars Role-playing gamefrom West End (especially the Galaxy Guide to Bounty Hunters...) that I wish I hadn't given away. 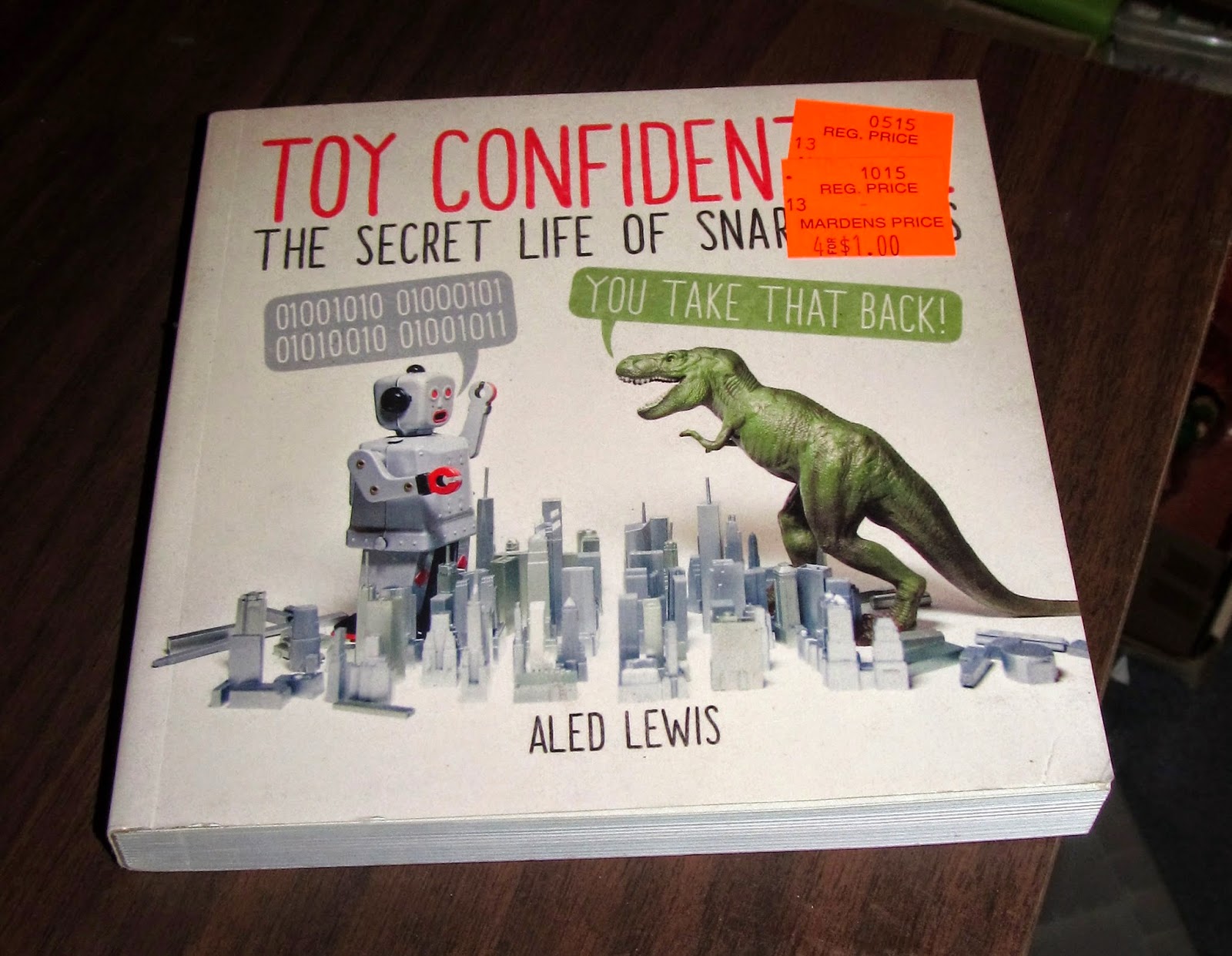 I am much more excited about the next purchase. Toy Confidential: The Secret Life of Snarky Toys by Aled Lewis is a fun book, but definitely not one I would have ever paid full cover price for. Odds are good I would have passed this up at Goodwill for a dollar as well. 25 cents is well within my comfort zone for almost anything apparently. 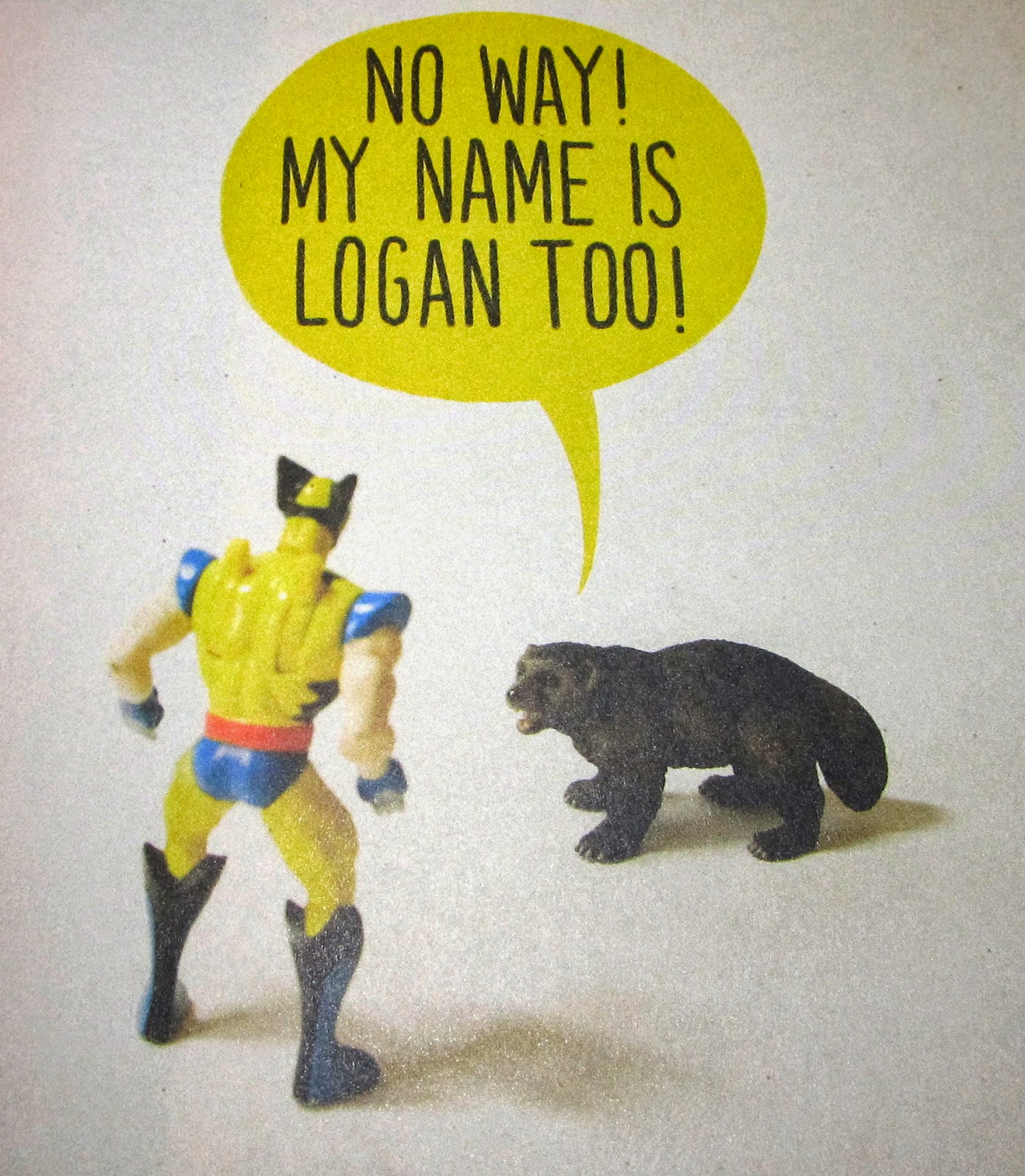 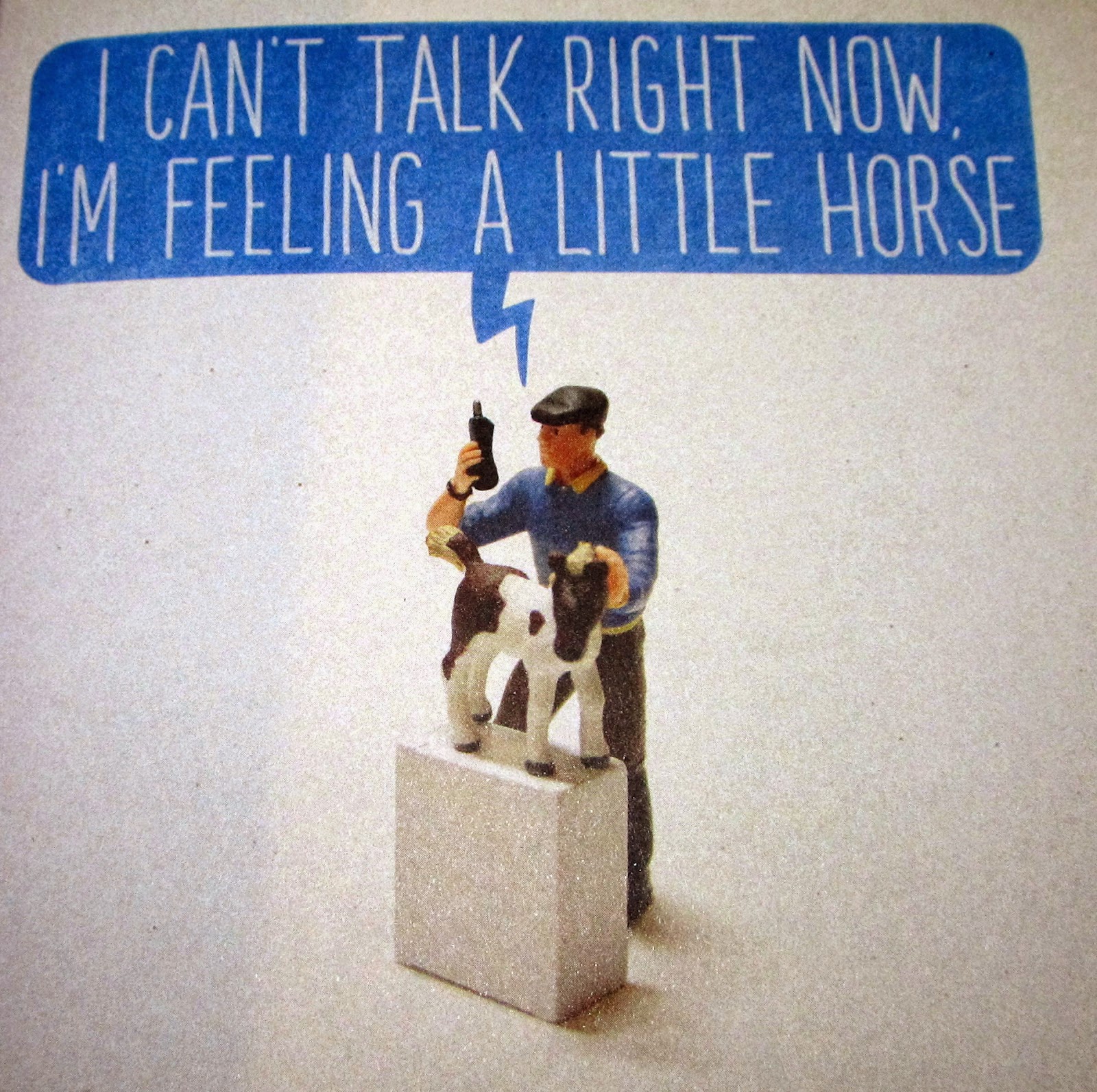 A lot of the humor kind of leaves a bit to be desired. The majority of the images and gags are presented like the interior of a birthday card. The ones I have collected and pictured here genuinely made me laugh however. Like the meeting of two Wolverines, and this guy feeling his little horse. 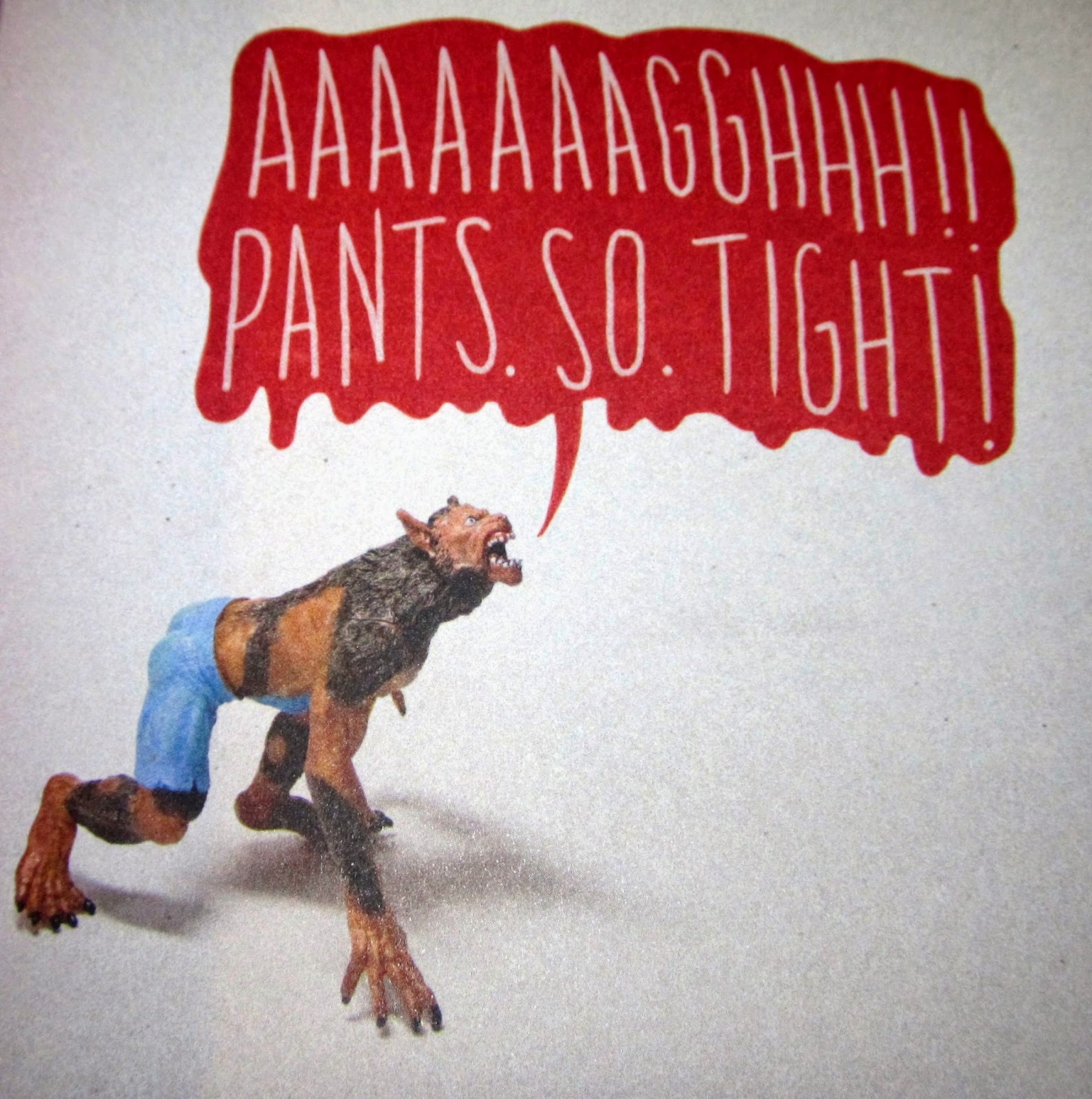 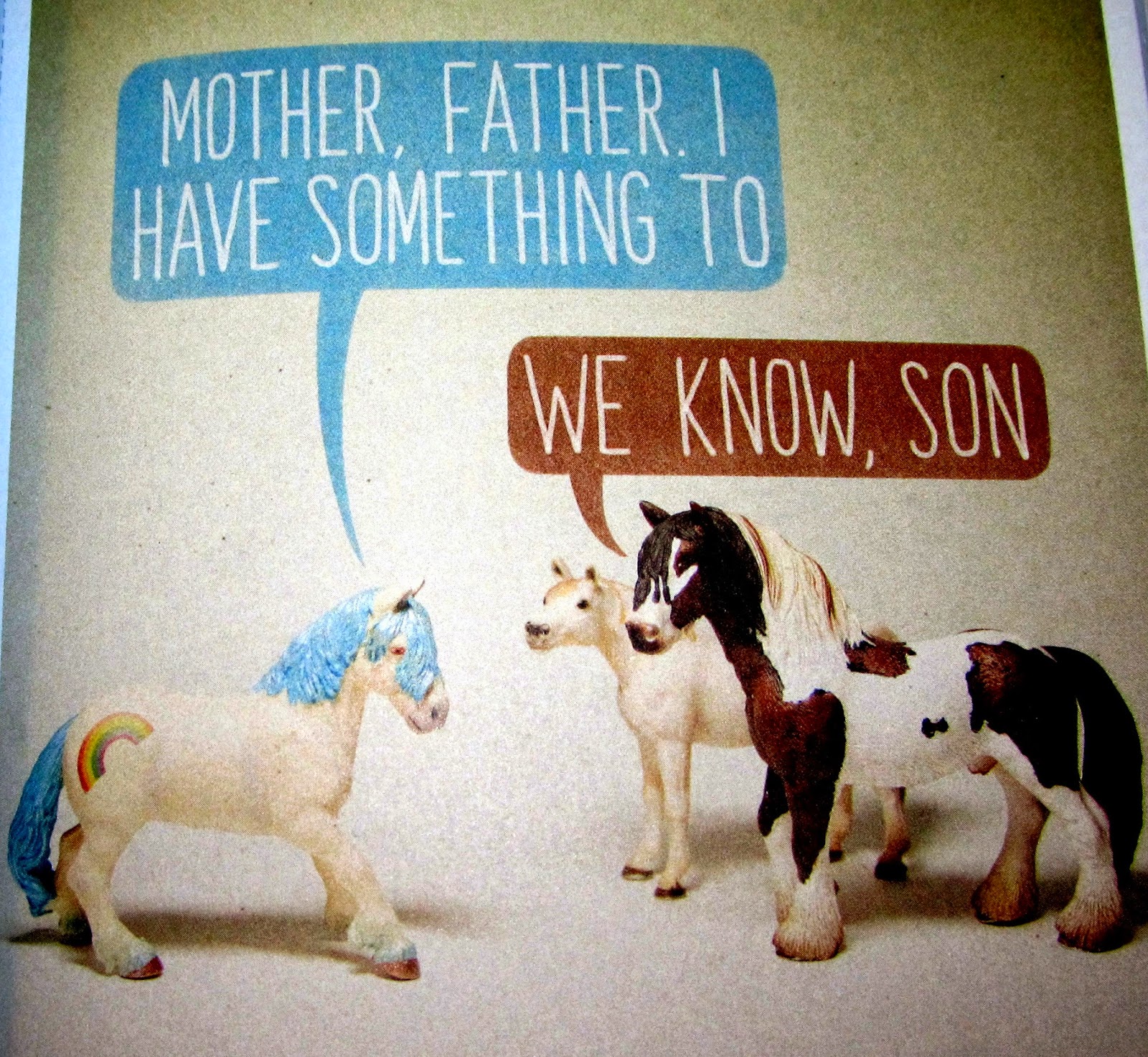 An American Werewolf in Levis isn't maybe the funniest thing ever, but it got me. And this pony coming out to his parents is adorable. 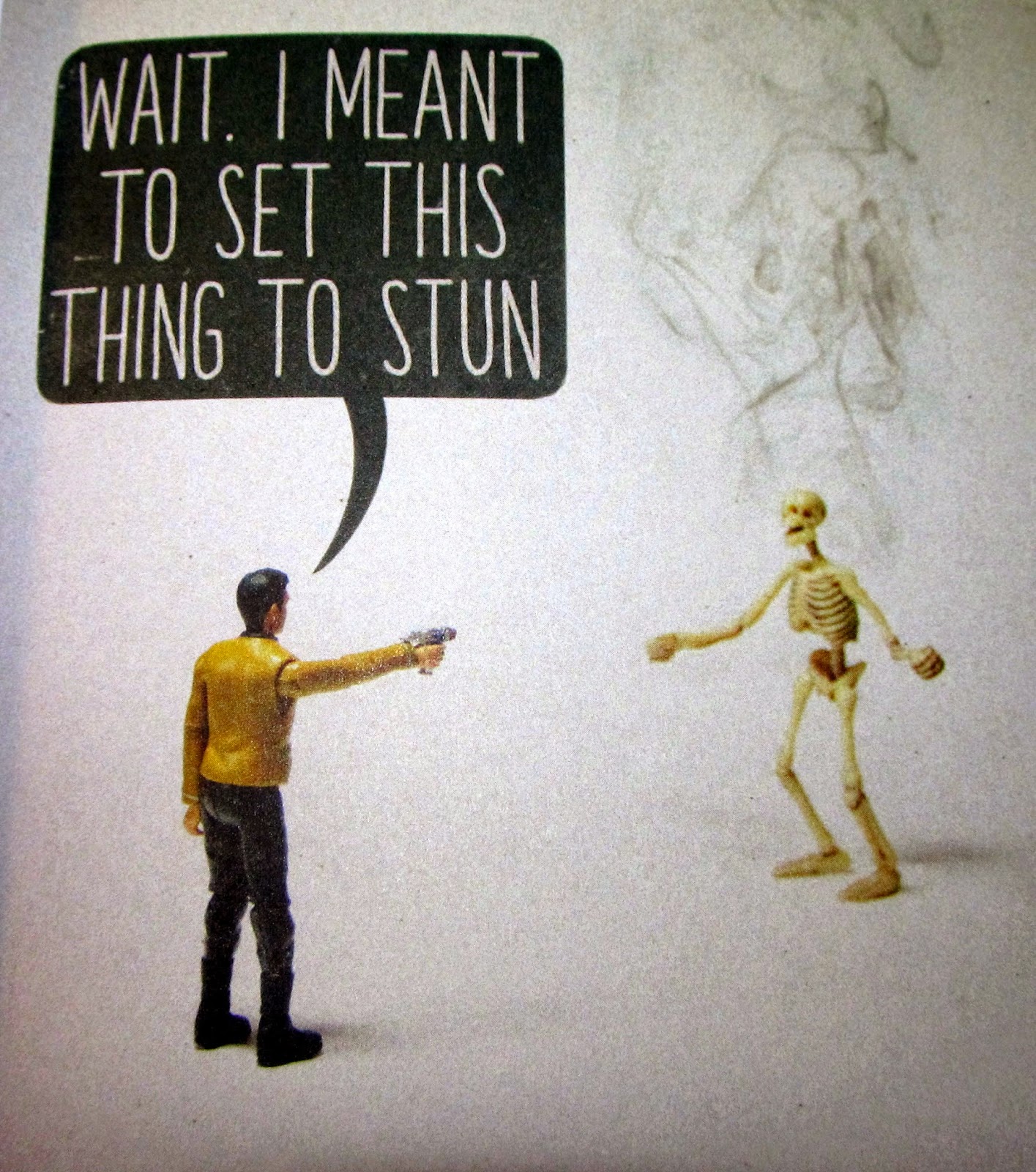 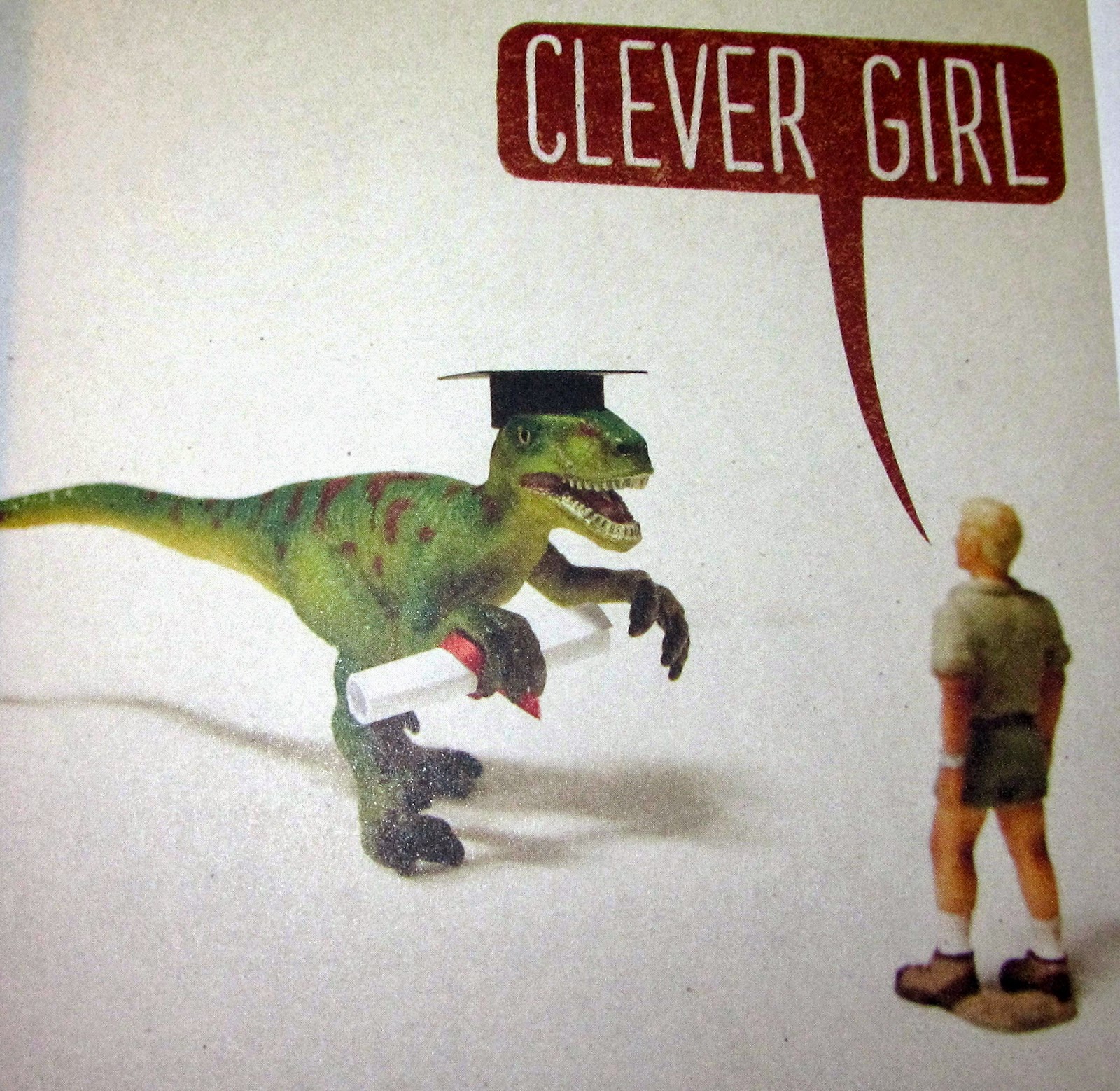 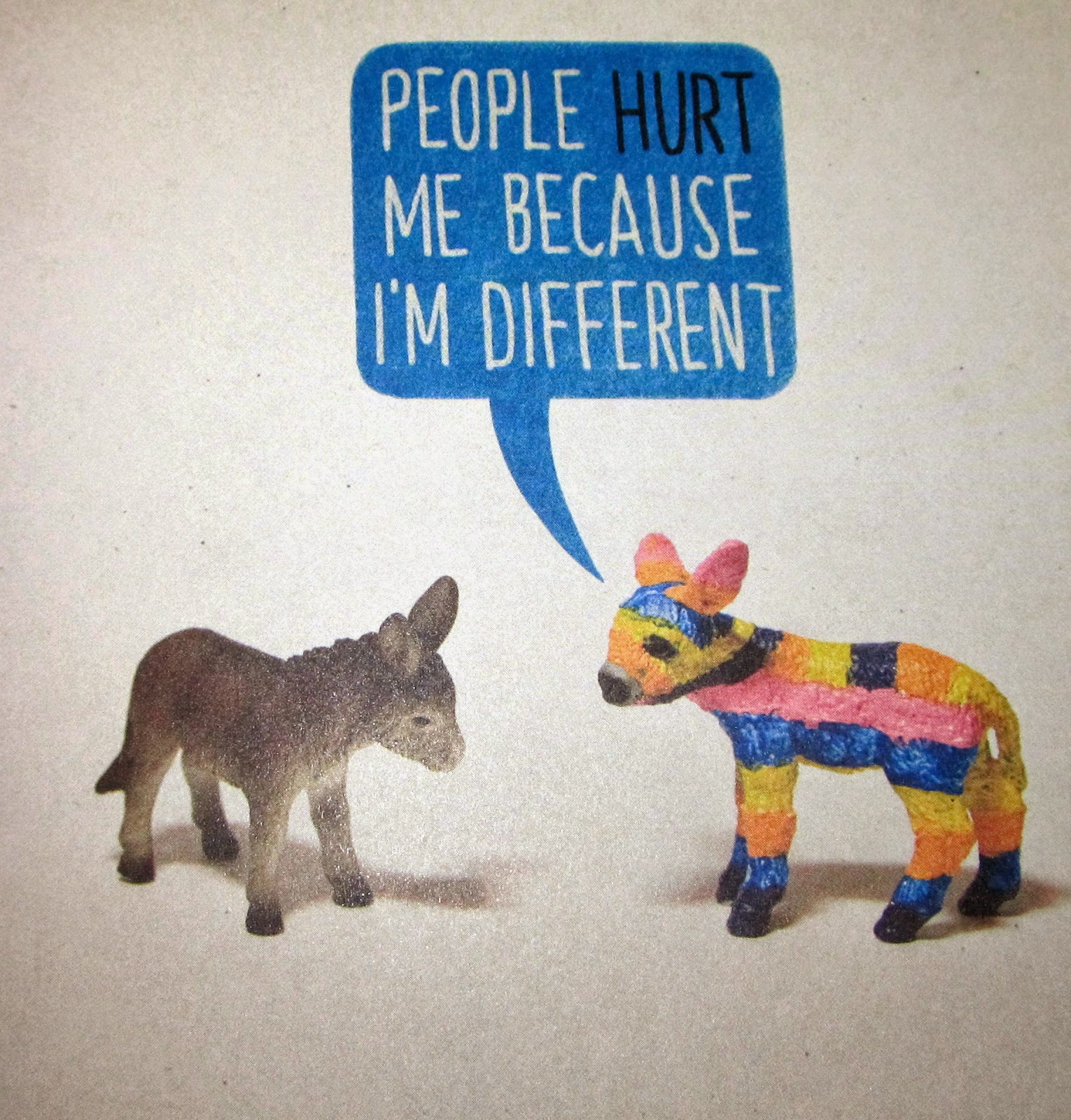 But this one takes the number one spot. Just absolutely my favorite. It is both sad and hilarious and colorful but drab at the same time. It sums up life perfectly for me (some days). 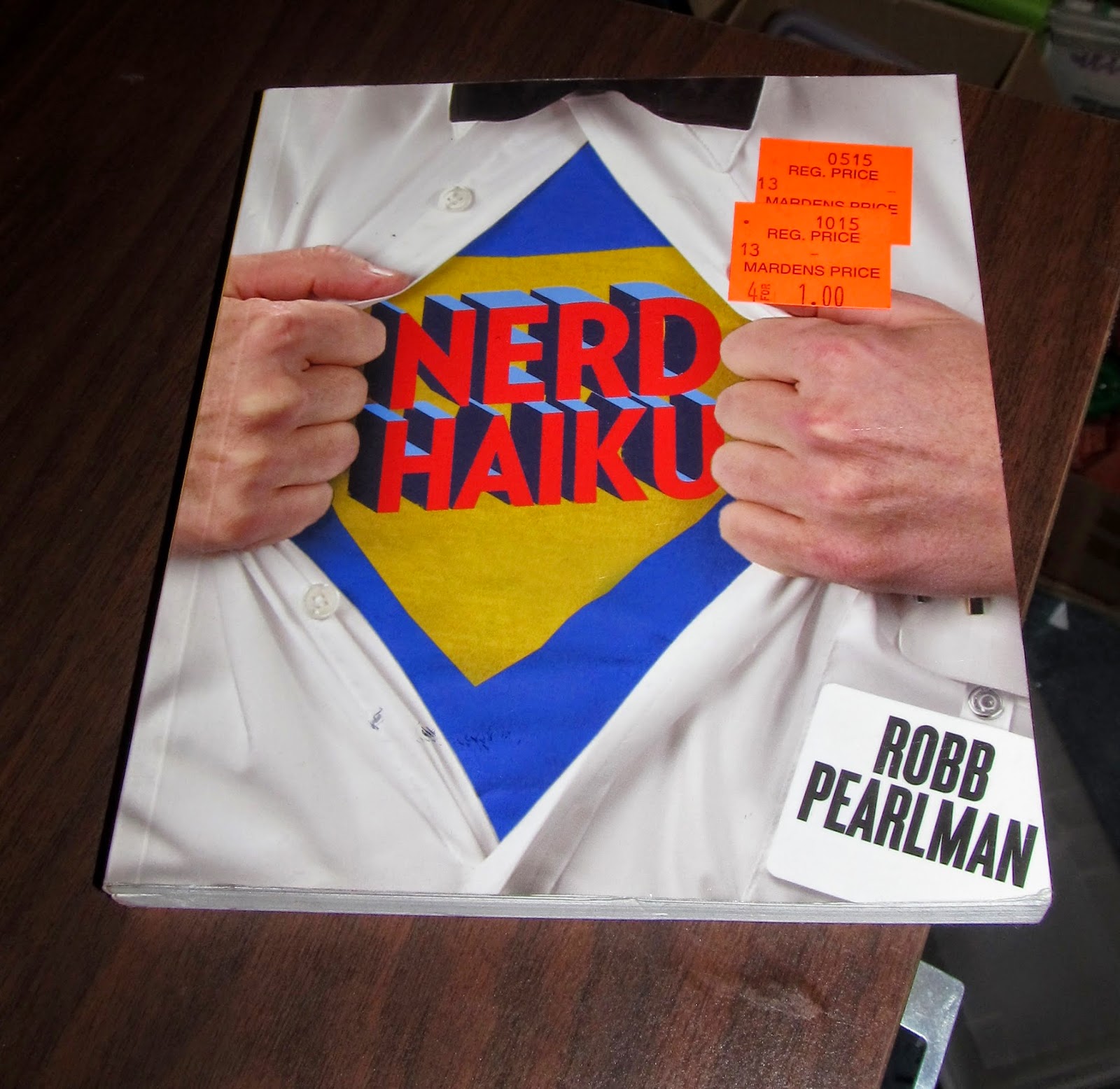 I'm not saving the best for last for some reason. I'm going ahead and revealing my absolute favorite pick second-to-last. And that is this: Nerd Haiku by Robb Pearlman. Finding this and the Toy book above was what bolstered me into thinking I could complete my mission of finding four appropriately geeky books for a dollar. I gave this just a cursory glance at first, as I am not a huge fan of novelty haiku... but this thing is awesome. Let's look at some nerd haiku excerpts.

Now, I look at this haiku and I wonder if it is meant, as it might at first seem, as an insult to the Go-Bots, as a "knock-off" brand of Transformers. But with a little research you will find that both Hydrox cookies and Go-Bots suffer from the same affliction: They came out FIRST (at least in the U.S.) and were surpassed in popularity by other brands... and then assumed to be knock-offs of those brands. Hydrox came out before Oreos and Go-Bots came out before Transformers (by a good 5 months). 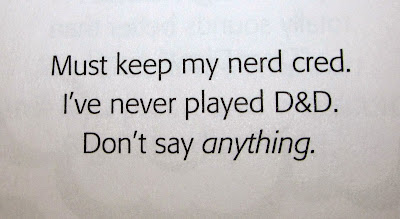 This is a common confession among the geeks in the circles I travel. No shame guys... but let's work to correct this, mmm-kay?

Swap out "roommate" for "lover" and you've just painted a picture of my entire life story in three short lines. 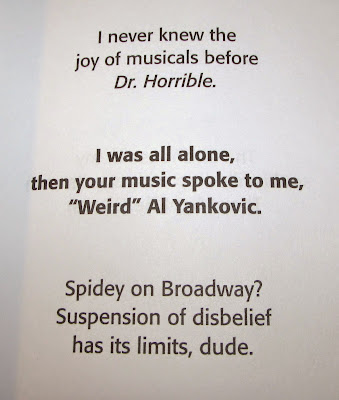 This page obviously had a theme that I really got behind. 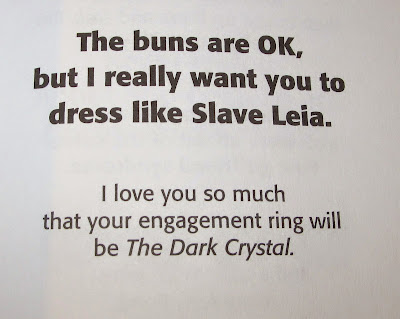 As did this one. I can't recommend this great little book enough! This is the one book I felt was really a steal, and that I would probably have paid more for outside of this situation. Check it out! 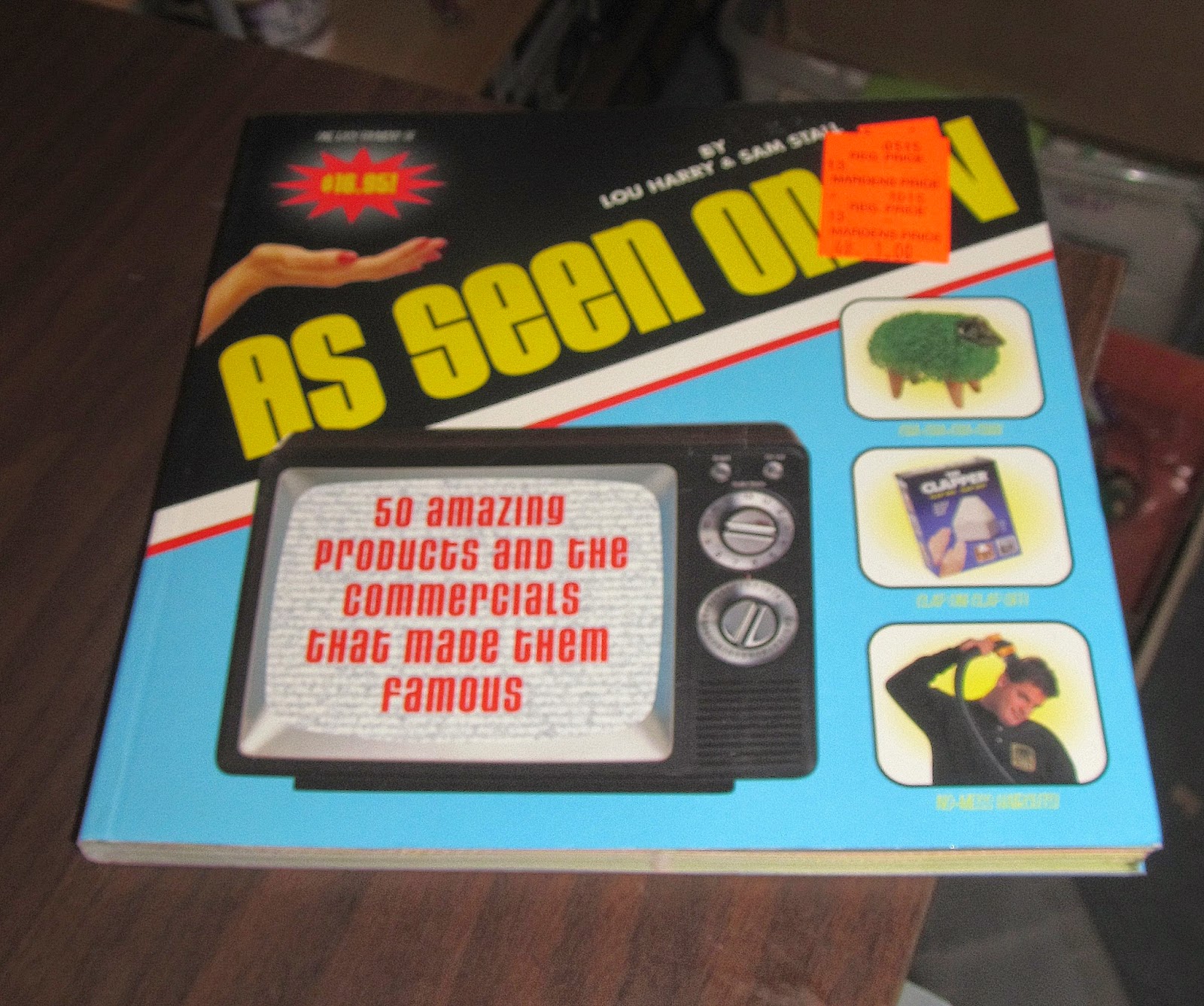 I'm not going to talk this one to death, as there's not a ton to say about it... but this book is pretty great. This was my scond-to-last find when selecting my geeky quartet. It is As Seen On TV by Lou Harry and Sam Stail. It's basically a museum-in-a-book of all those great infomercials both classic and recent.

Thighmaster and "Hair In a Can" make appearances (also if you look closely at the cover shot above you can see the Flowbee! Vacuum haircuts for everyone!).

Also in attendance are Girls Gone Wild and The Clapper. I didn't take a picture of it, but Susan Powter and a bunch of the other usual suspects make appearances as well. This book is a reads like a who's-who of the Illuminati for sure.

Like I said before, I'm not talking this one to death because frankly, I don't feel like I have to. This thing reads like a highschool yearbook for TV advertisements. It's a study in trash history and I looove it.

So THAT is the quartet of geeky books that my dollar bought me at Mardens! That's all I have for tonight folks, but I'll be back soon with some Geeky Goodwill Goodies! Until that time, Happy Hunting!
Posted by Derek Ash at 1:50 PM