Not a huge one tonight kids, but some fun finds nonetheless. Only one major toy find, and the rest is all cassettes and books. But let's take a look and see what we shall see, shall we? 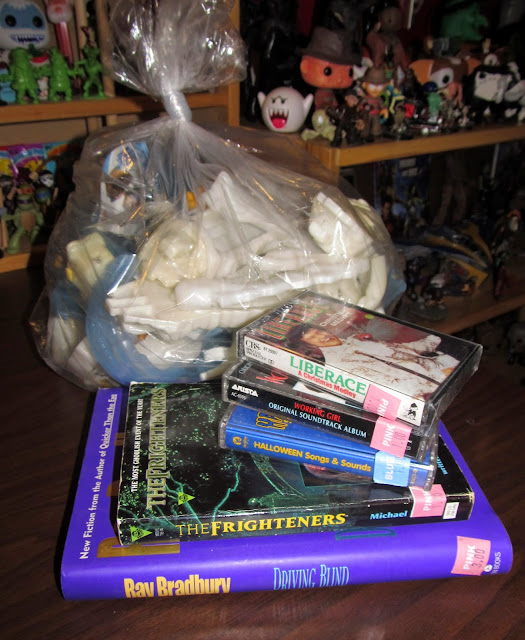 Here's the pile of loot that I brought home. A few details may jump out to begin with, but let us take a closer look. 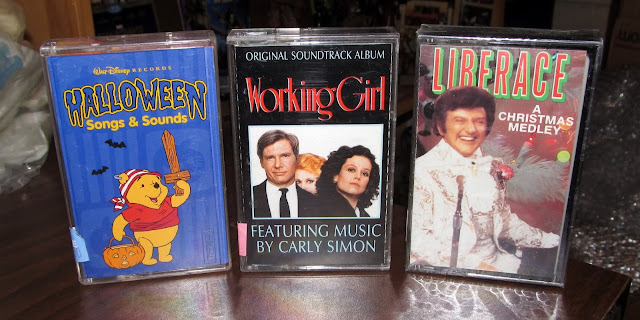 First up, the cassettes. We'll probably take a closer look at the Halloween Songs and Sounds from Walt Disney Records when October hits. Likewise, I'l probably wait until December to dissect Liberace: A Christmas Medley. So that leaves the one in the middle: the "Working Girl" soundtrack. It's really most significant for Carly Simon's "Let the River Run" which is a pretty great song if I'm being honest. Chris de Burgh's "The Lady In Red" is on here too, which I absolutely adore. I really need to go watch Working Girl again sometime. 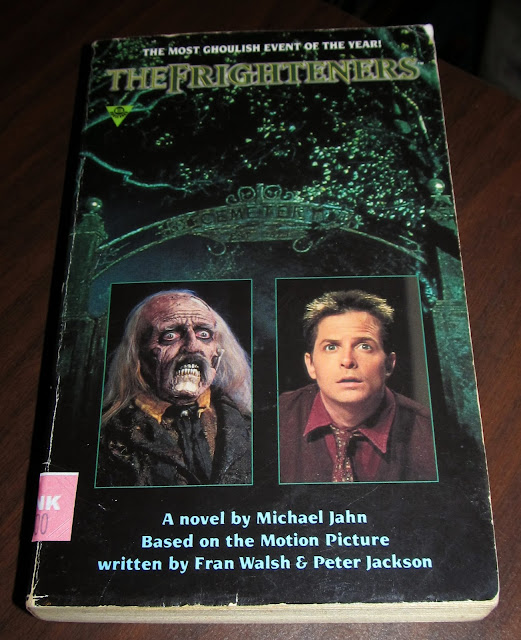 Speaking of movies I want to revisit soon, I found this novelization of Peter Jackson's "The Frighteners" I think I may add this movie to my Halloween watch-pile for this year, since it's been years since I've seen it. 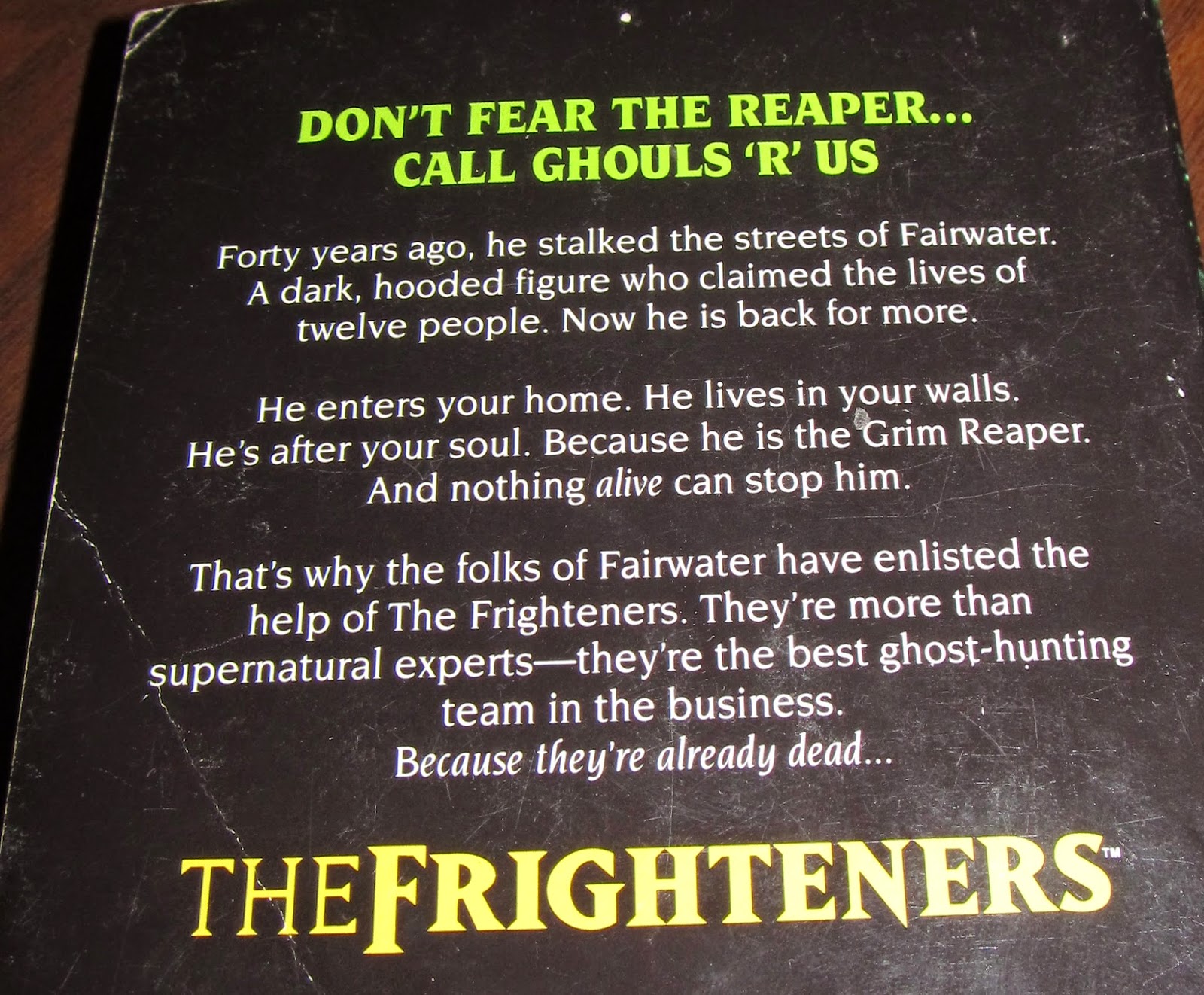 Or maybe I should just add this novelization to the ever-growing Halloween read-pile? I dunno. I always felt like this movie was a bit of an underrated gem. Seeing some great horror/genre vets like John Astin and Jeffrey Combs hamming it up always does my hear good. "I like it when they lay still like that..." and "My body is a road-map of pain!" are lines I quote to my wife on a regular basis to this day. Classic. 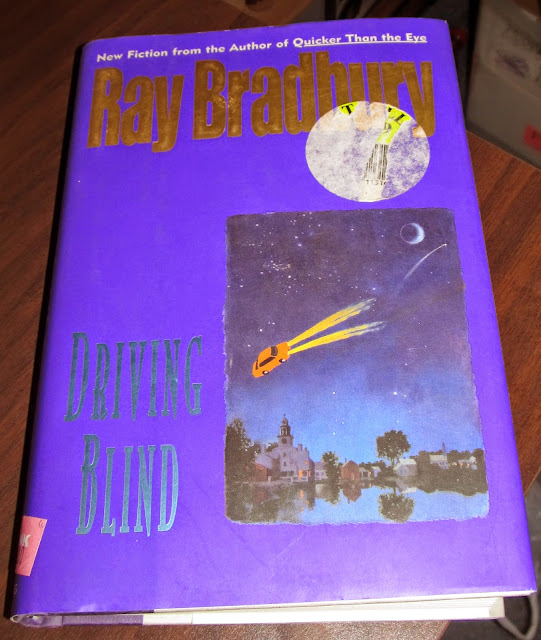 I feel like I overpaid slightly for this Ray Bradbury collection of short stories, by Goodwill standards anyway. I would have paid waaay more in a used book store I guess, so thanks for small favors. I buy Bradbury books as "collectible" now without hesitation. 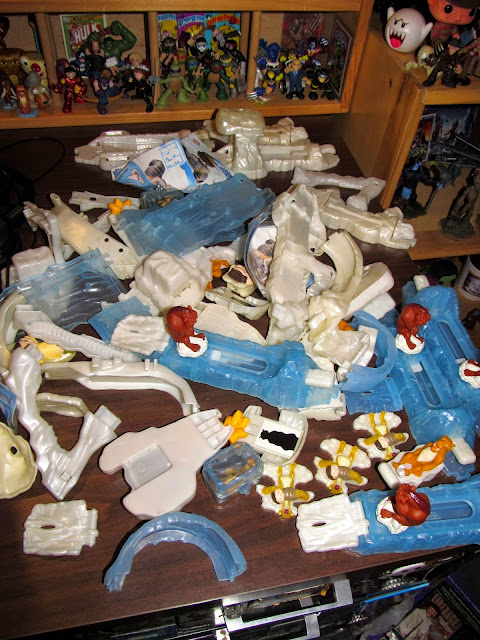 The grab-bag you saw above is really what had me most interested honestly. It was packed with a huge variety of Ice Age Burger King Kids Meal toys from 2002, based off the first movie in the franchise. I'm a complete nut for the first film, and don't really care for the others in the series AT ALL as  I may have mentioned in a post on another blog, a long.. long... time ago. 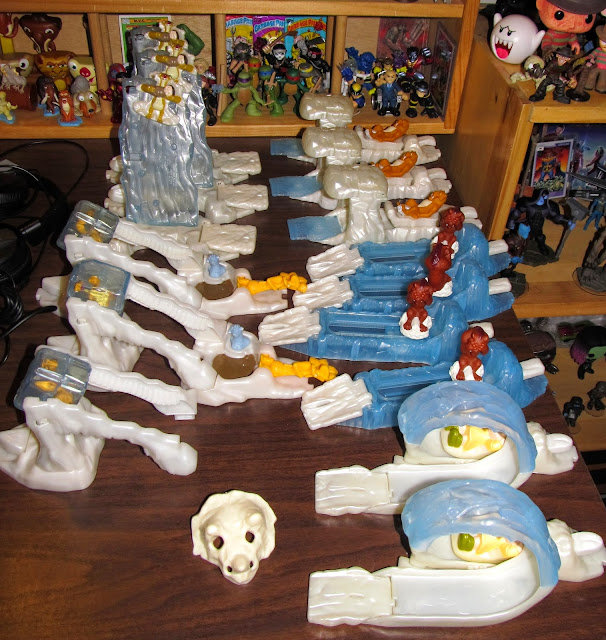 What's funny is that if you read that post from my other (now defunct) blog, at the very end you'll see me struggle with trying to remember what is is that the tiny Sid the Sloth toy was originally encased in at one point. This find answered that question! It was one of the ice-block toys you can see on the bottom left of the picture above.

This picture, by the way, shows that the grab-bag contained almost 15 whole sets of toys from that series of Burger King Toys. Funny thing is these are all duplicates of 5 toys out of a set of 10 different ones. So even though I have 15 sets here, I still only have half the set!!! It's kind of interesting looking back at the toys they were putting out 13 years ago compared the toys they do nowadays.These things are elaborate in and of themselves: 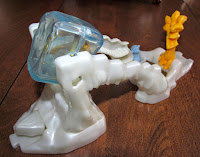 I won't go into great detail about every single toy, but I will take a moment to say how excited I was to finally track down a "Pinky" toy (the human baby, who is technically named "Roshan") to go with my other Ice Age Toys.

Each set has several pieces to put together and features a character from the movie, doing something from the movie. It's pretty awesome. If I had room to set these up somewhere all the time, I totally would. 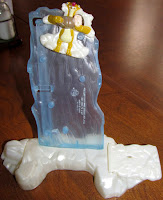 But here's the REALLY excellent part: They connect together! I know this is nothing new but back in 2002 it was still a kind-of/sort-of relatively new concept in Happy Meal toys. The Inspector Gadget set from 1999 really kind of revolutionized the idea of collectible/connectable sets, and they were still refining the concept with this one.

So not only do each of the toys have a cause-and-effect pay-off, you can connect them all in one glorious chain of chaos. It works with mixed results, but for the most part I got this thing to trigger off flawlessly 3 out of 5 times. I dabbled with the idea of taking a video of the whole Rube Goldberg affair... but it was too unpredictable and quick moving to even attempt it. Again, keep in mind, this is only half of the Ice Age set BK was offering that year. So if I had all 10 can you imagine!?

Well that' it for tonight kids! I'll be back soon with more Geeky Goodwill Goodies! Until then, Happy Hunting!
Posted by Derek Ash at 5:31 PM