Welcome back to Goodwill Hunting 4 Geeks! This time around there are some weird call backs to my last post that I'll point out when we get to them. In the meantime, let's take a look at the group shot: 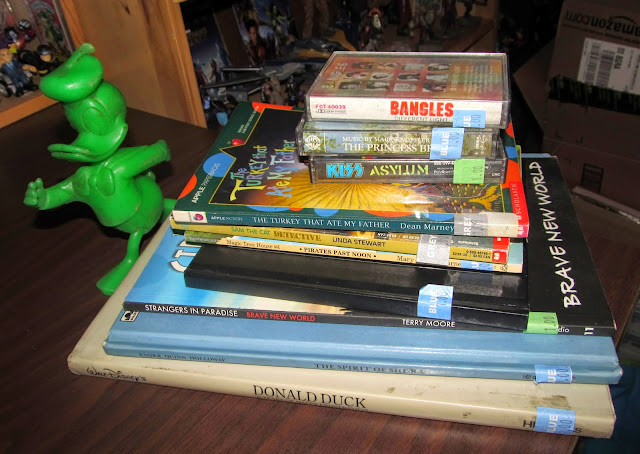 Intriguing no? Let's dig in shall we? 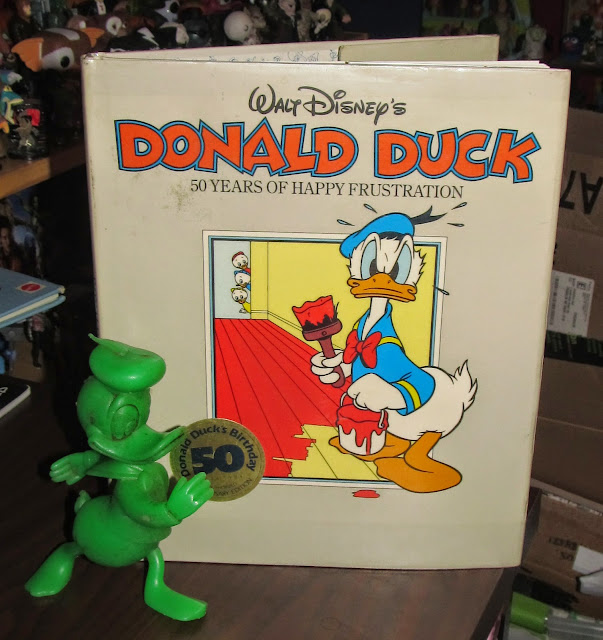 First up, here are a couple of nice Donald Duck finds. I'm not exactly a huge Donald Duck fan myself, but this 50 year anniversary book and the figure to accompany it were definitely coming home with me. 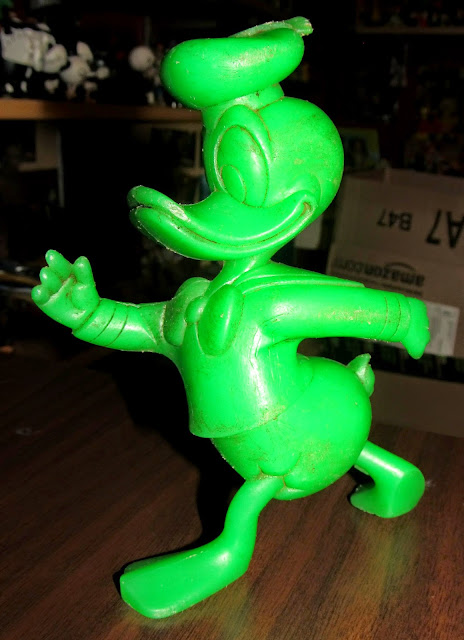 This picture is from before I cleaned up the figure, so imagine this guy with a bit less grime packed into his sculpted detail lines. For now they kind of help to make him a little easier to photograph. This guy was produced by Marx toys back in 1971. He's not worth a ton of money or anything, but I absolutely adore this guy. He has this awesome classic toy vibe. It's hard to tell scale from the picture, but he's about 6 inches tall. 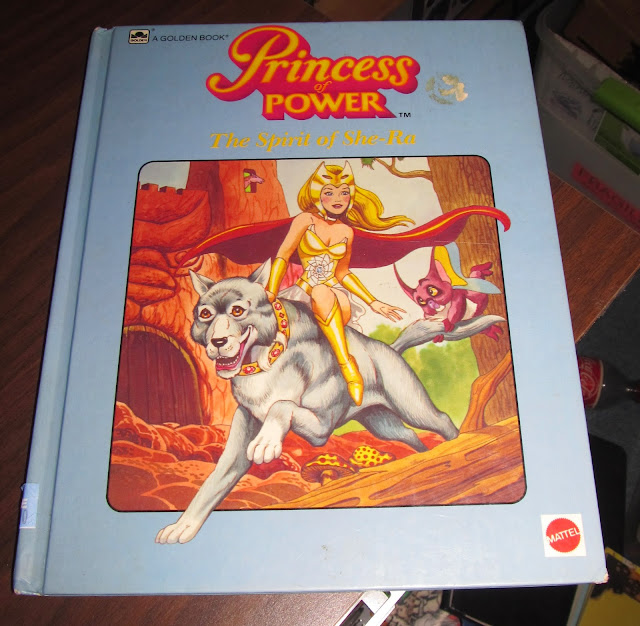 I passed this She-Ra book on to a friend after finding it, but not before getting an awesome photo of some of the Horde: 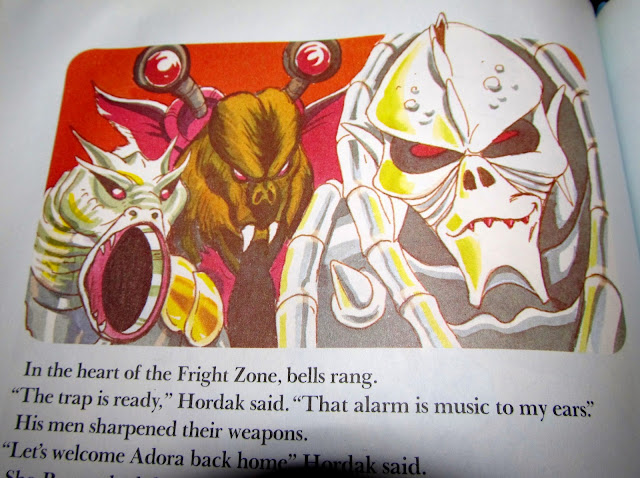 I don't know how much I've talked about my adoration of both Hordak and Leech here on the blog, but I had those two action figures long after all of my other Masters of the Universe action figures were long gone. The picture of Leech here is sort of awkwardly terrifying, like his mouth was sawed out of his head by a cartoon coyote. 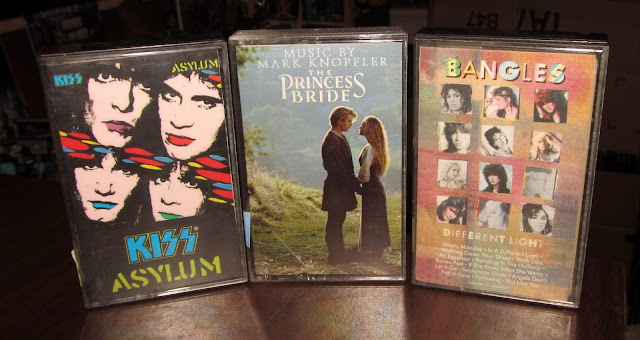 Here in the cassettes, we have the KISS tape "Asylum" which, just like my LAST visit to Goodwill, I found and purchased this for the cover art. Then we have the soundtrack to "The Princess Bride" and the Bangles tape "Different Light" both of which are perennial favorites. 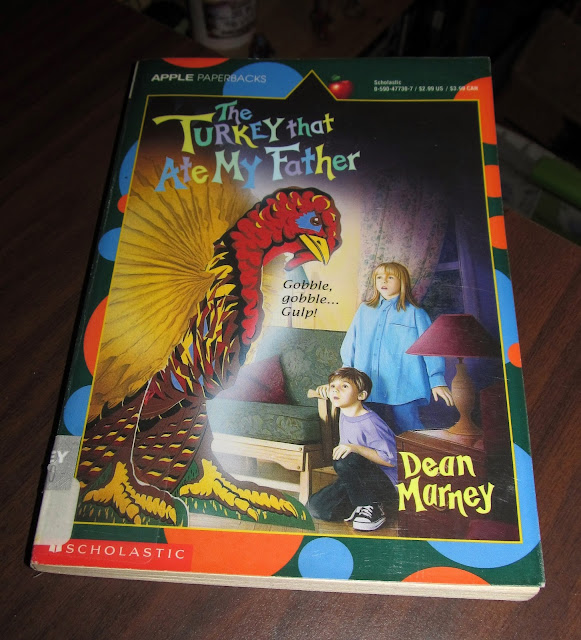 I know a lot of the internet focuses on "Creepmas" and the creepy Christmas stuff that helps fight back against the invasion of Halloween by Christmas earlier and earlier every year... but this year I thought I'd make it my mission to try and find some creepy Thanksgiving books too. I'll probably do a post on whatever I find sometime in November before Turkey Day. 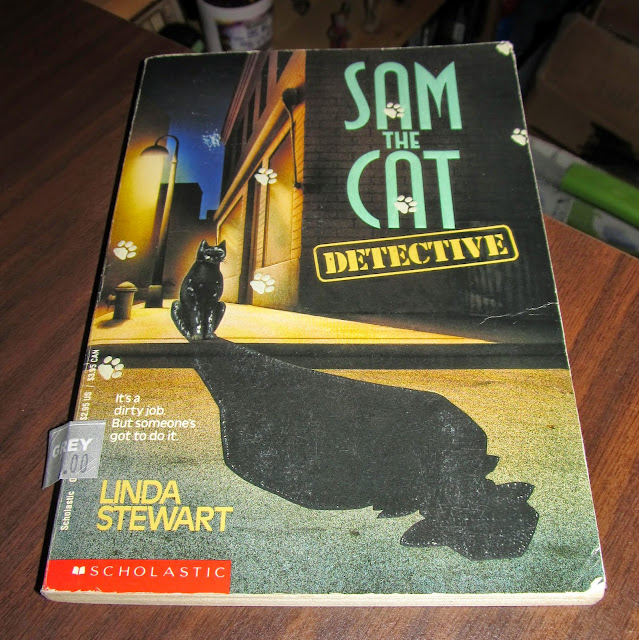 This detective story spoke to me. I have no idea if I'll like it considering it stars a cat... but I can hope. 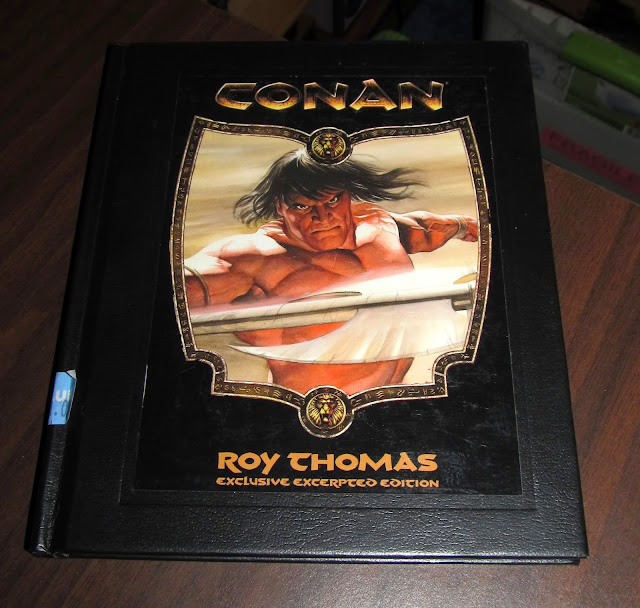 Apparently this book was a part of the Age of Conan video game marketing campaign. It has some gorgeous interior art and information about different phases of the character's life. I haven't explored it completely, but it looks fun. 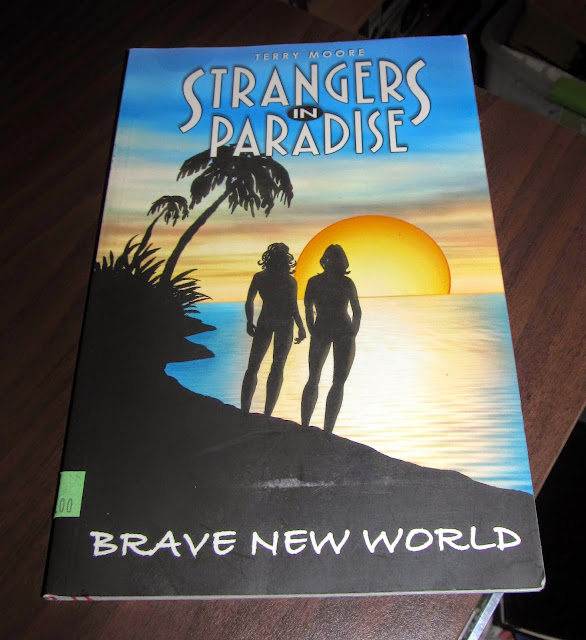 And finally I brought home some more of Terry Moore's Strangers in Paradise! This one isn't a collected pocket book edition, and honestly, I'm not sure if I'll be ready to read it after the other one I got last time around or not. But I've got it. It's mine.

Well that's it kids! I'll be back soon with more Geeky Goodwill Goodies! Until then, Happy Hunting.
Posted by Derek Ash at 8:14 PM