It's still Payday Friday week here at Goodwill Hunting 4 Geeks! Yesterday I showed off some Fisher Price Little People toys I picked up. Today it's all about the grab-bags. 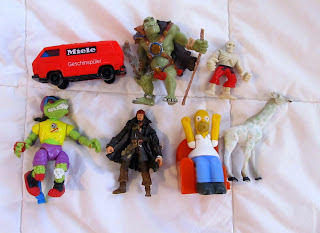 This grab-bag I pretty much picked up for Mondo Gecko and Homer Simpson. The pirate toys were bonus, as was the strangely green giraffe. I was happy to find a Papo Ogre in the mix, even though I don't collect Papo figurines. The van with "Miele Geschirrspuler" (German) on the side translates to "Miele Dishwasher" in English. No idea where it came from, but I'm assuming Germany without knowing anything else about it. The other side reads: "Waschautomaten" or "washing machines" in English. There is no date stamp on this thing, but it doesn't seem all that old. This bag ran me 2.99. 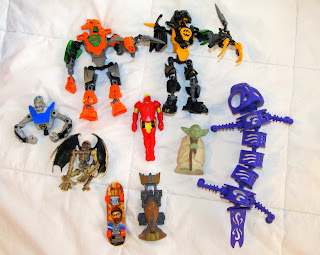 Next up is another grab-bag, this time with a bit more included that I was excited about. I'm breaking this one down a bit, but first I want to point out the Star Wars Galactic Heroes Speeder Bike, the Obi Wan Clone Wars Skateboard, and the Iron Man Happy Meal toy. You won't be seeing them again. This grab-bag cost me 2.99 too. First up, these Hero Factory figures. I've never collected Bionicle or Hero Factory figures from LEGO, but where these are semi-complete, I think I'll hang on to them and display them. I like the looks of them. They have a kind of feral animal vibe. Apparently their names are Nex (in orange) and Stringer (in black). 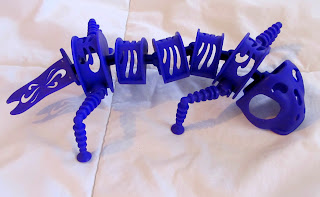 This had a Crayola stamp on it. I had to piece the whole thing together from parts. I couldn't figure out what this was supposed to be at first. I like the skeletal, abstract art look to it. Then I Googled for a while and found: 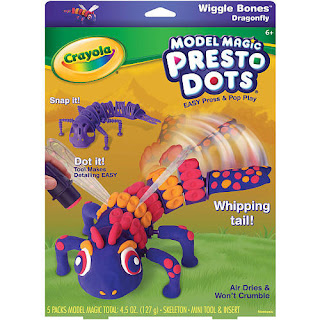 Which was a little disappointing, honestly. It also appears I put the thing together wrong. But... I sort of like it better the way it is now. I'm trying to think of something I can do with it. 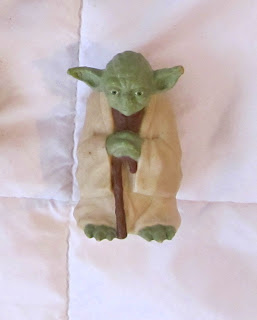 Then there's this Yoda figurine. He's from 1996. It's kind of hard not to love him. He's still so innocent and has no idea what the future holds for... his past. 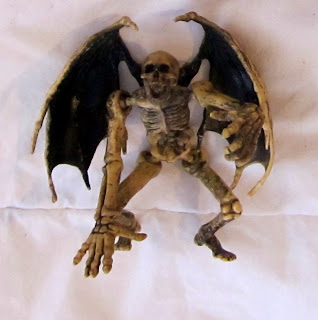 I'd be lying if I didn't say that this winged skeleton wasn't the reason I bought the whole bag in the first place. Apparently he's from some sort of "Destroyer" toyline, and is maybe a dollar store item? Google didn't turn up a ton... just this. 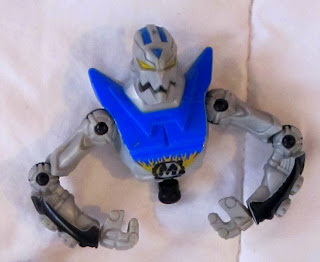 I want to do something with this legless robot too. No idea what line he's from... but I like his attitude. He's a bruiser. Looks like he's flexing.

That's it for my pair of Goodwill Grab-Bags from this past Payday Friday! I'll be back with even more Goodwill Goodies soon... so until then, Happy Hunting!
Posted by Derek Ash at 5:49 PM