This is how timely I am with my blog: I am just now getting around to writing about the stuff I found back on Father's day. My wife surprised me that weekend with a trip out to Rockland, ME, complete with an overnight stay in a hotel. While we were out that way, I hit a couple of Goodwills, namely the ones in Belfast and Rockland. 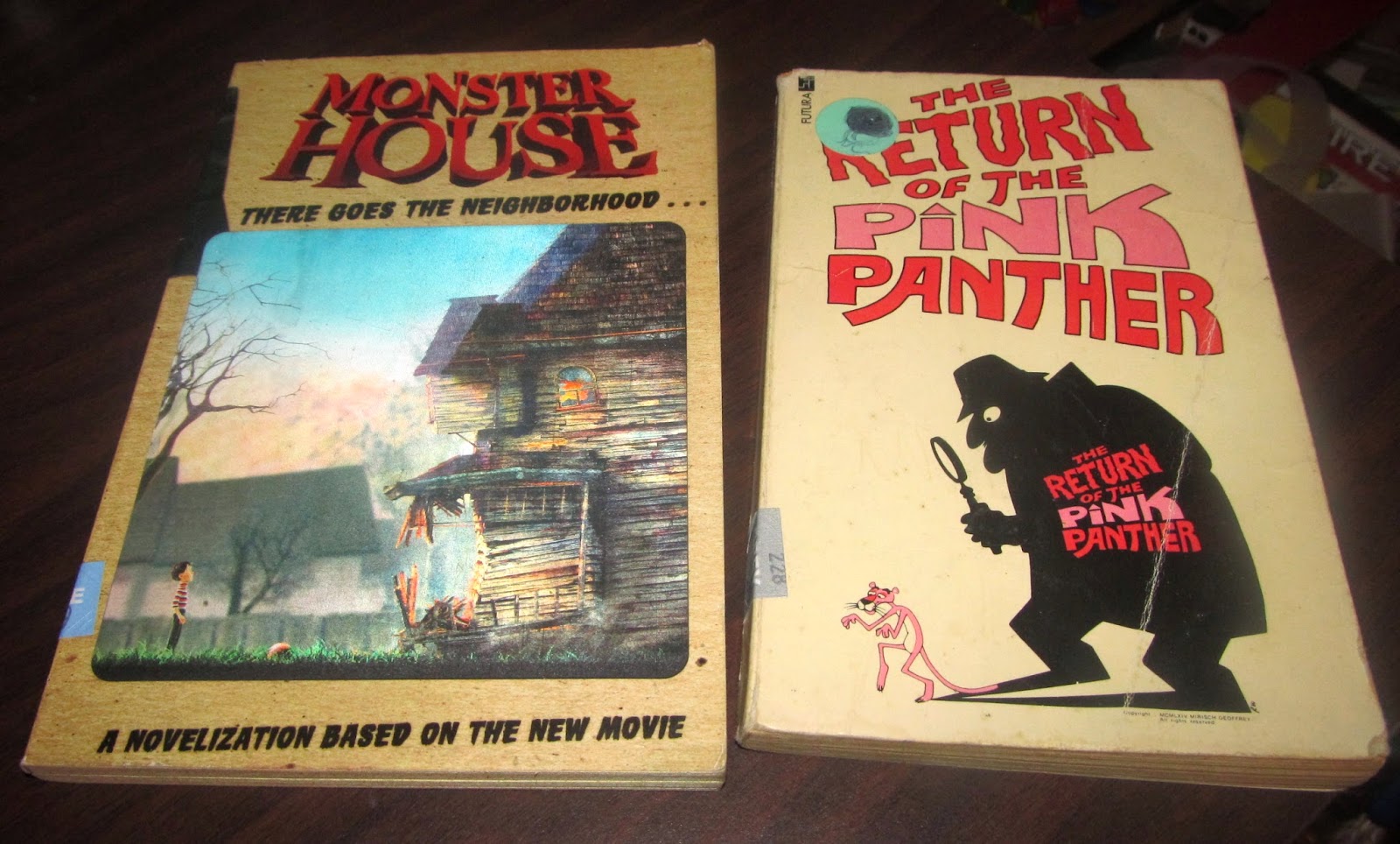 The Belfast Goodwill, which usually feels like I get to go shopping in that bunker where they hide the magical artifacts in Indiana Jones... was a bit of a disappointment this time around. I waled out of that store with three books and nothing else. The first two books were these two movie novelizations, for Monster House (a classic, awesome Halloween movie, and one of my absolute faves) and the adaptation of "The Return of the Pink Panther" which is a film series I have always had a soft spot for. 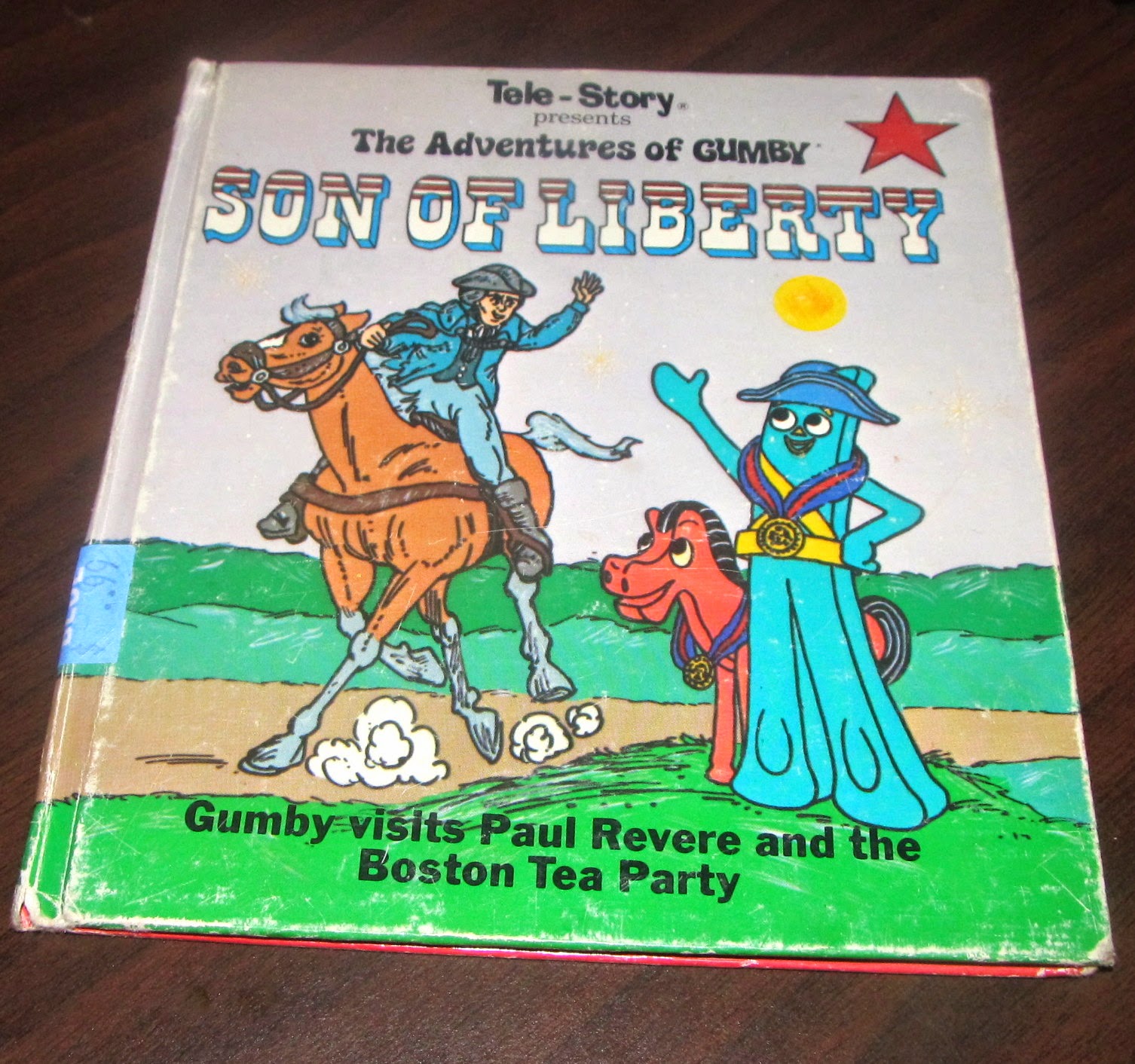 The last thing I found in Belfast was this Gumby Book, which has Gumby and Pokey visiting a book about the Boston Tea Party, and almost being executed as spies. I used to watch the Gumby show on rental VHS as a kid, and it was the beginning of my love for claymation. All three of these books ran me .99 cents. 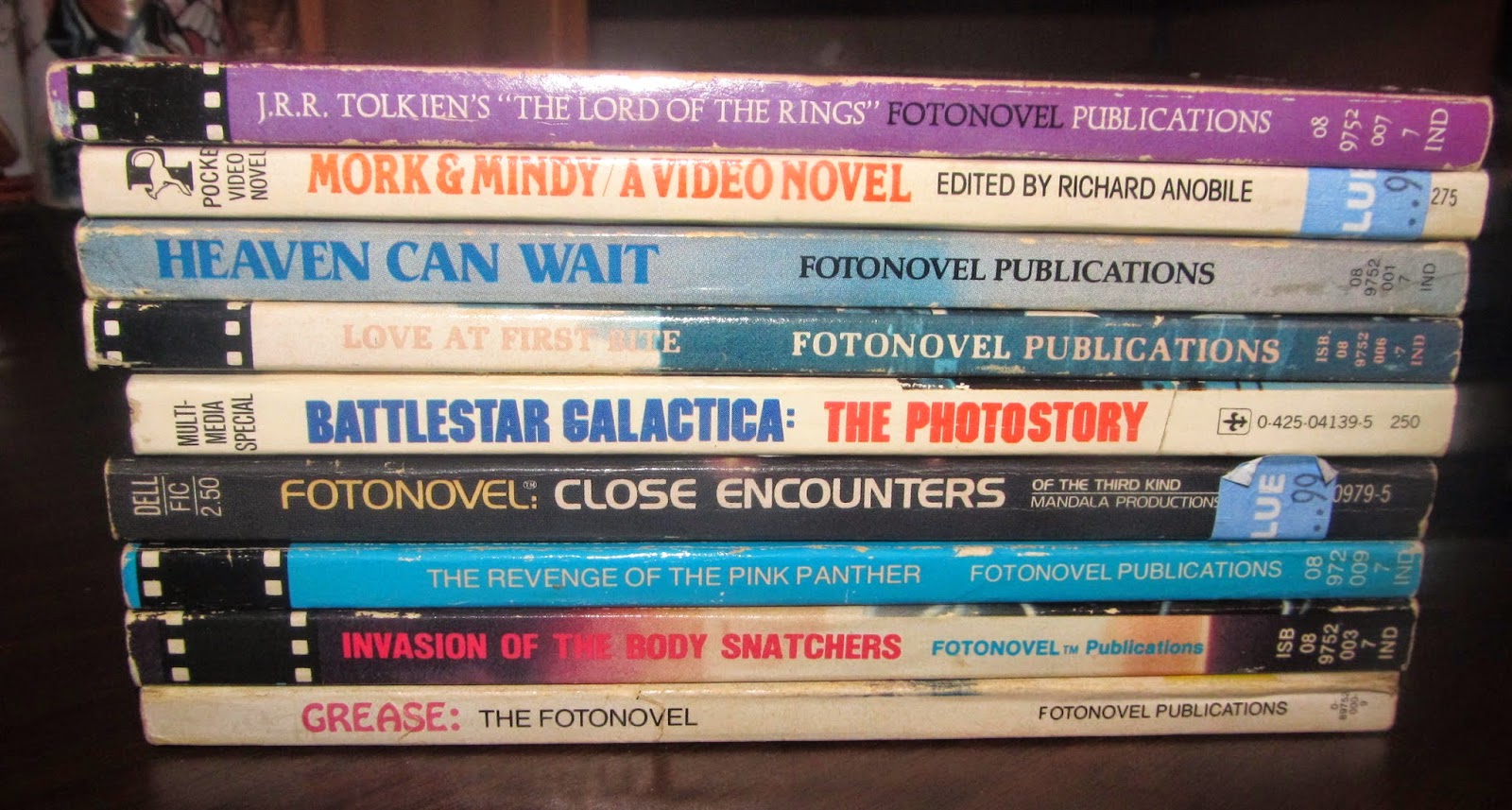 For my first (and odds are likely only, due to distance) visit to the Rockland, ME Goodwill, I mostly found a pile of Fotonovel books. These are a kind of bizarre semi-comic-book adaptation of films and TV shows using photos lifted directly from the films in the panels.

So first up we have the adaptation of the Ralph Bakshi Lord of the Rings film, and a Mork and Mindy adaptation! Then Battlestar Galactica (the movie) and Love at First Bite! Some of the better finds in the pile, honestly. I mean, George Hamilton as the most tan Vampire you've ever seen, and the late, great Robin Williams in one of his most famous roles? Yep. I'll take 'em. I want to point out that in some cases these books aren't all "Fotonovel" brand books, but most of them are. The Mork and Mindy book is a "Video Novel" from Pocket Books and the Battlestar book is a "Photo Story" from Berkley Books.

Next up we have Grease and Heaven Can Wait, followed by the 1978 remake of Invasion of the Body Snatchers and Close Encounters. 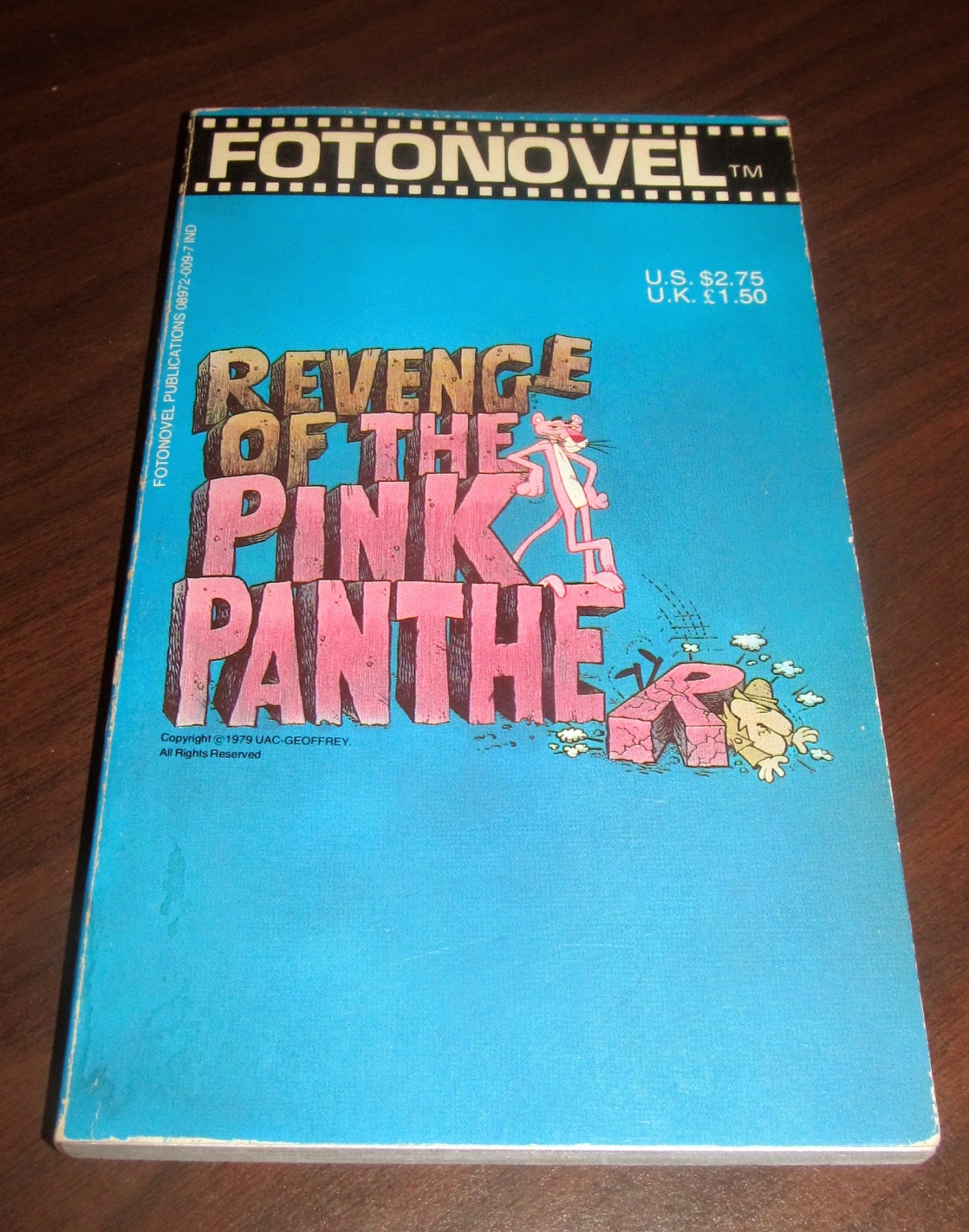 Finally, I found ANOTHER Revenge of the Pink Panther adaptation, Fotonovel style. 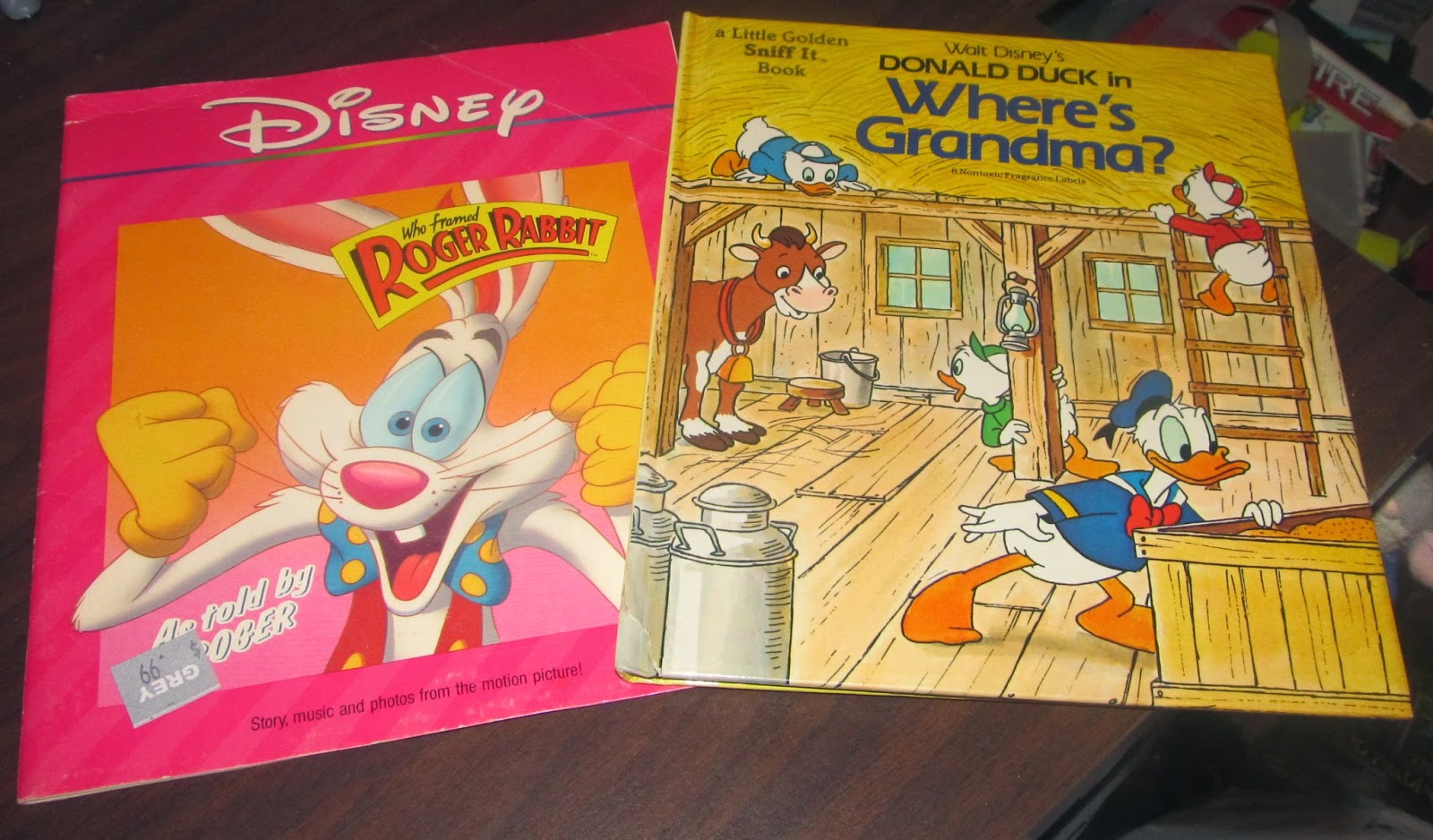 I found a handful of fun kids' books out in Rockland as well. A kids' book version of Who Framed Roger Rabbit, and Where's Grandma which is a book that helps children deal with the loss of a grandparent, which is also a scratch-and-sniff book. Horrible. 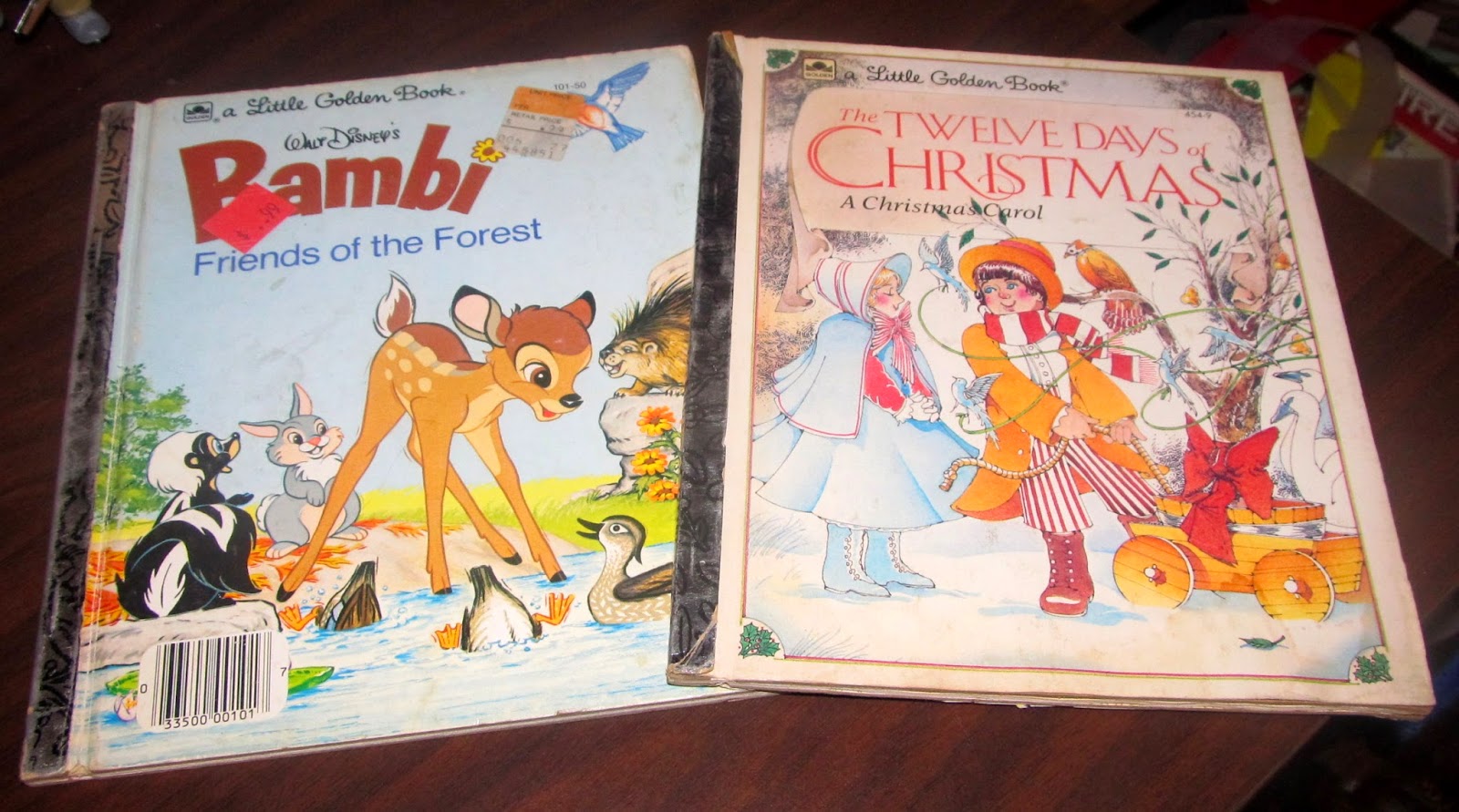 Picked up a couple of Little Golden Books, which... eh... not the greatest ones, but I always like Holiday books that I don't already have, and the Bambi book looked cute... so why not. 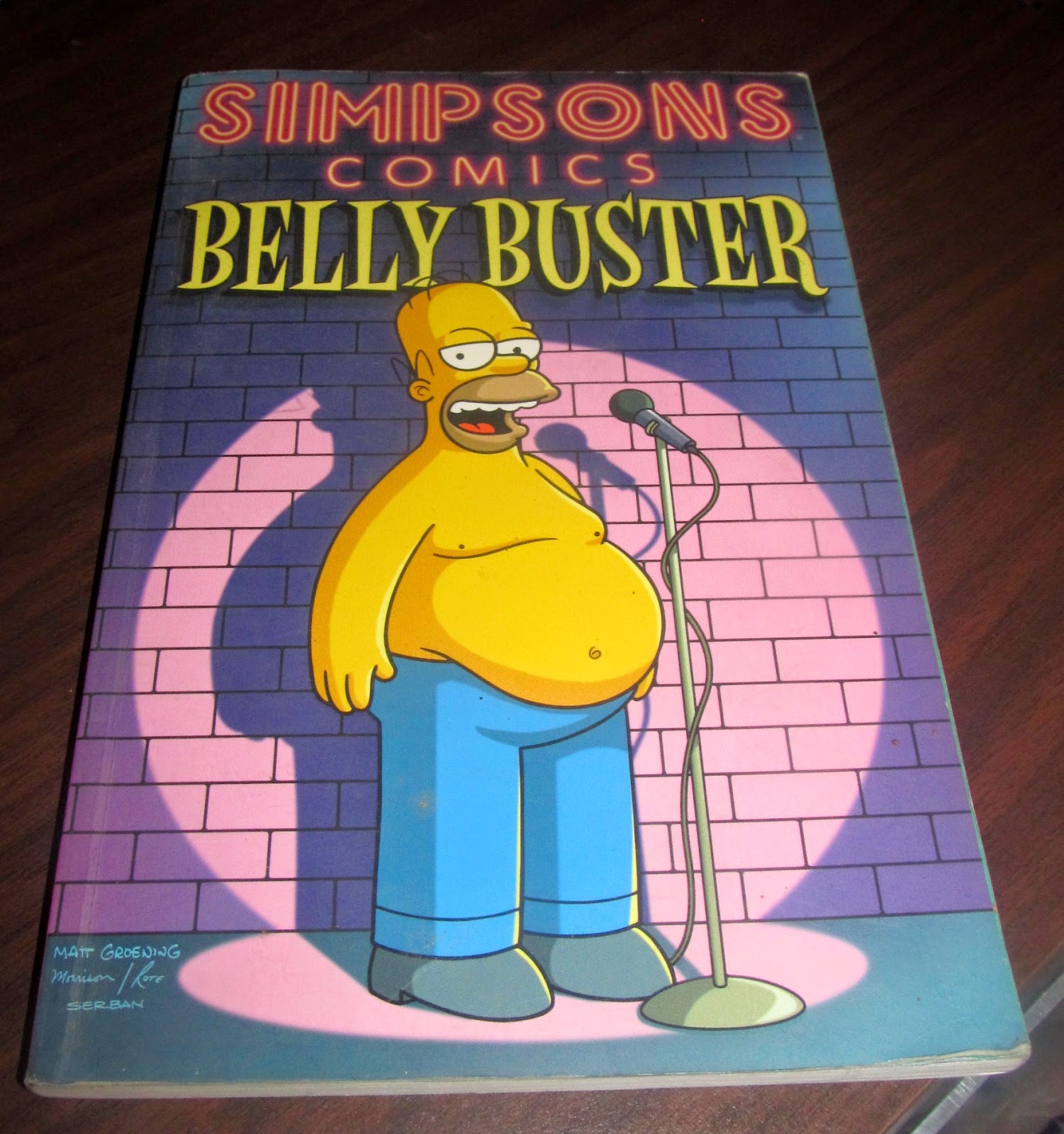 I always seem to find trades of the Simpsons comics at Goodwill in piles. This is something like the 10th volume I've picked up I think? Someday I've going to sit down with the whole stack and actually read them (then I will probably understand why it is everyone keeps donating them to Goodwill... but hopefully I'll like them). 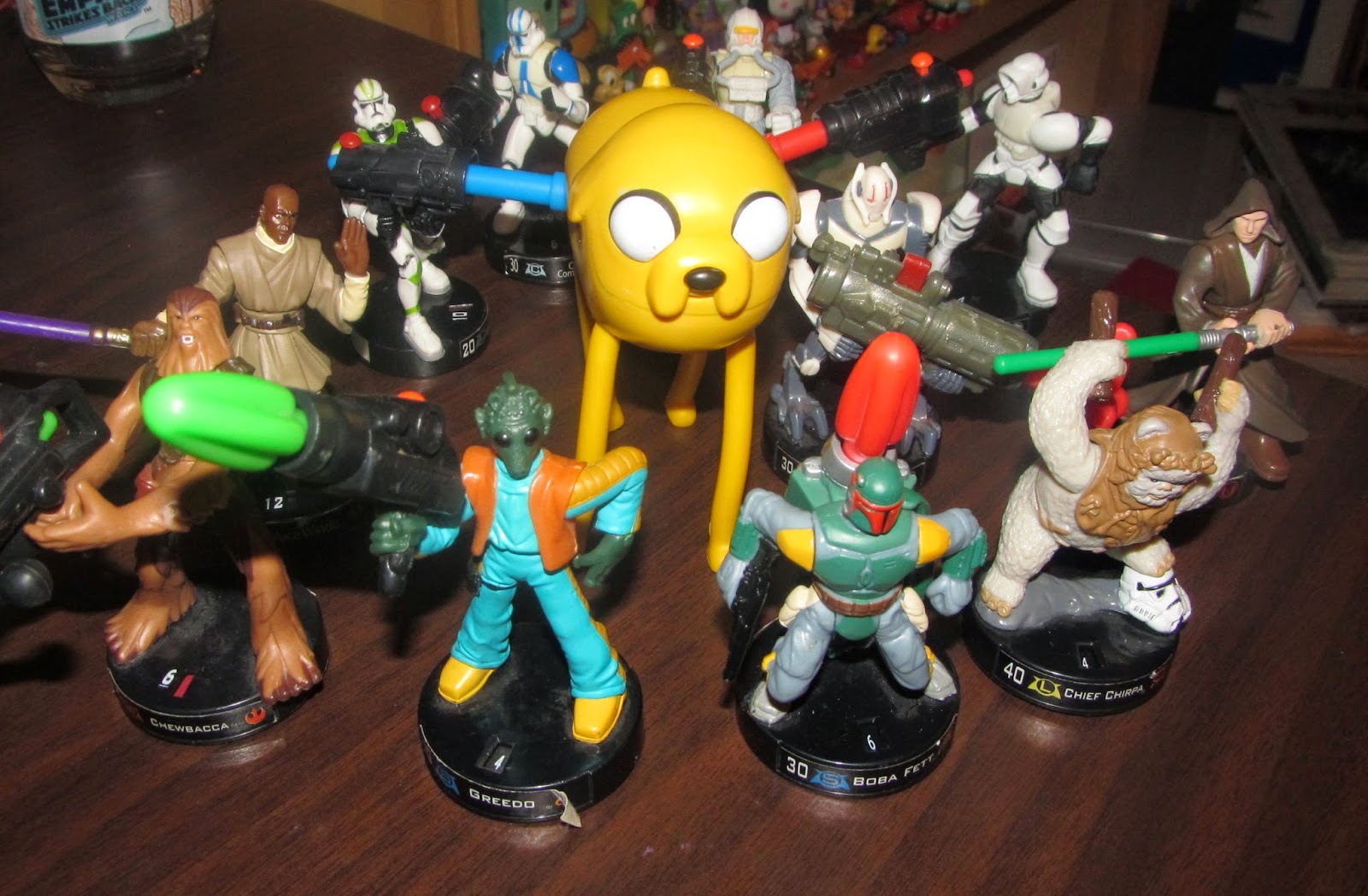 The big find of the trip was this grab-bag full of Star Wars Attacktix figures and one lonely dog. 2.99 for the whole thing. I let my boys have most of them... 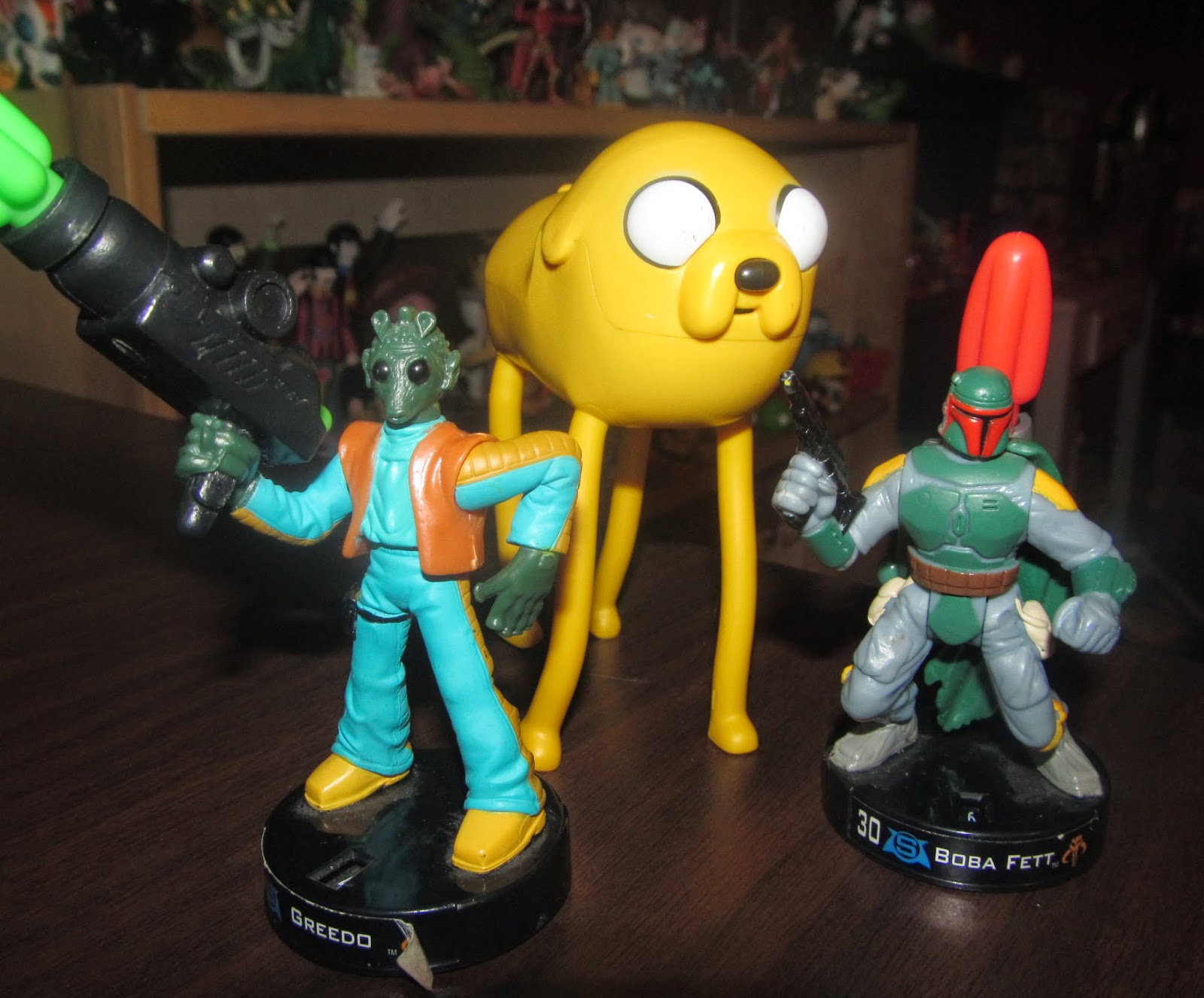 Out of the whole bag, these were the three I really wanted. The Greedo and Boba Fett Attactix figures, and the bendy Jake from the McDonald's Happy Meal series that I had been looking for. I really like Greedo as a character and design for some reason, no idea why. Something to do with his visual I guess. He get's his punk-ass shot after about what... 2 minutes of screen time maybe? Regardless, whenever I find a Greedo toy, I get pretty excited.

There was more stuff that actually came home with me the weekend of Father's Day, but I'll have to get around to blogging about it later. That's all I've got for tonight kids! I'll be back with more Geeky Goodwill Goodies soon enough! Until then, Happy Hunting!