Another Trip to the Dreamcatcher Antique Mall

So, I made yet another trip to the Dreamcatcher Antiques Mall recently, and I came out with a handful of fun items: 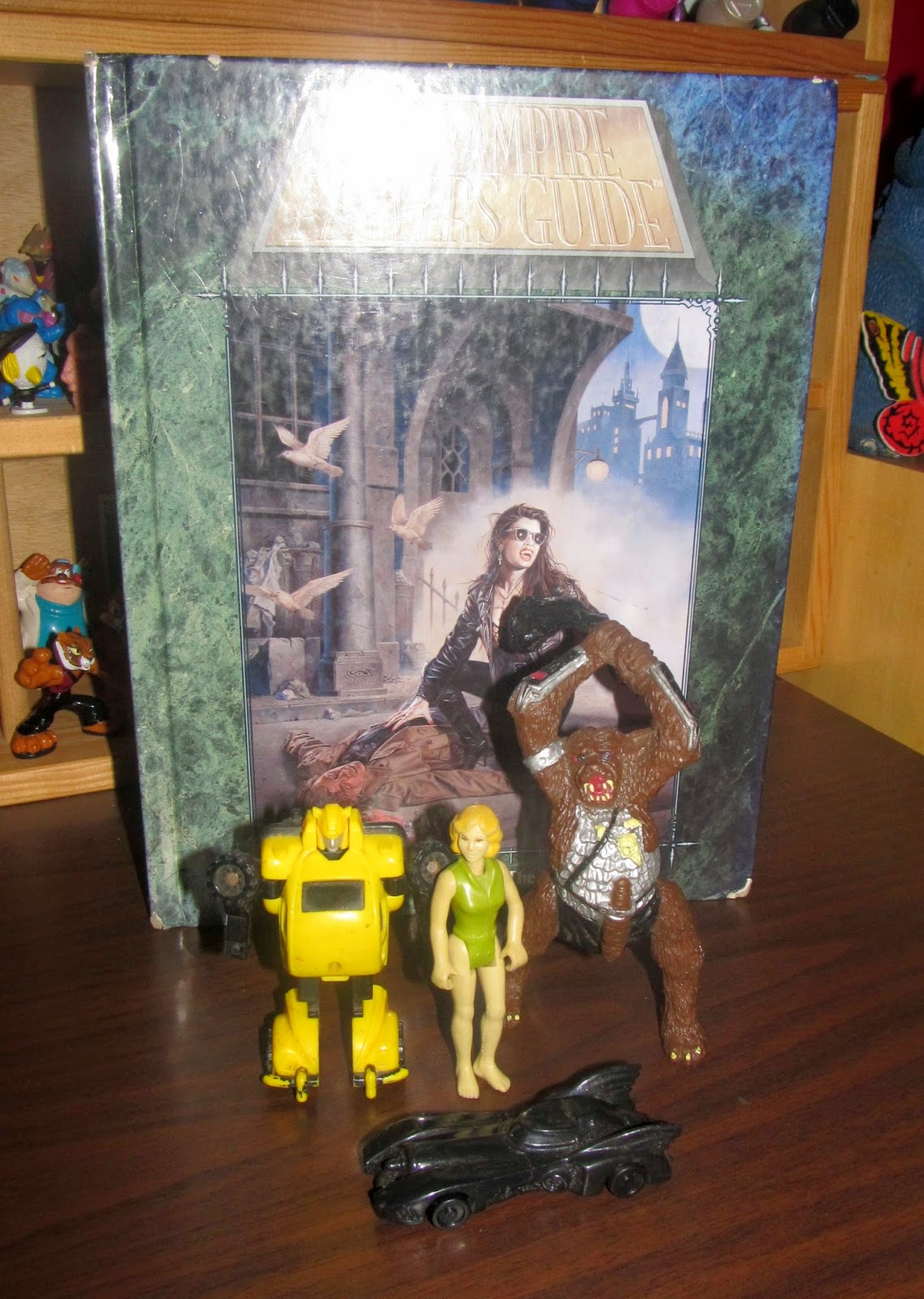 Here's a look at the entire haul, but let's break it down piece by piece, shall we? 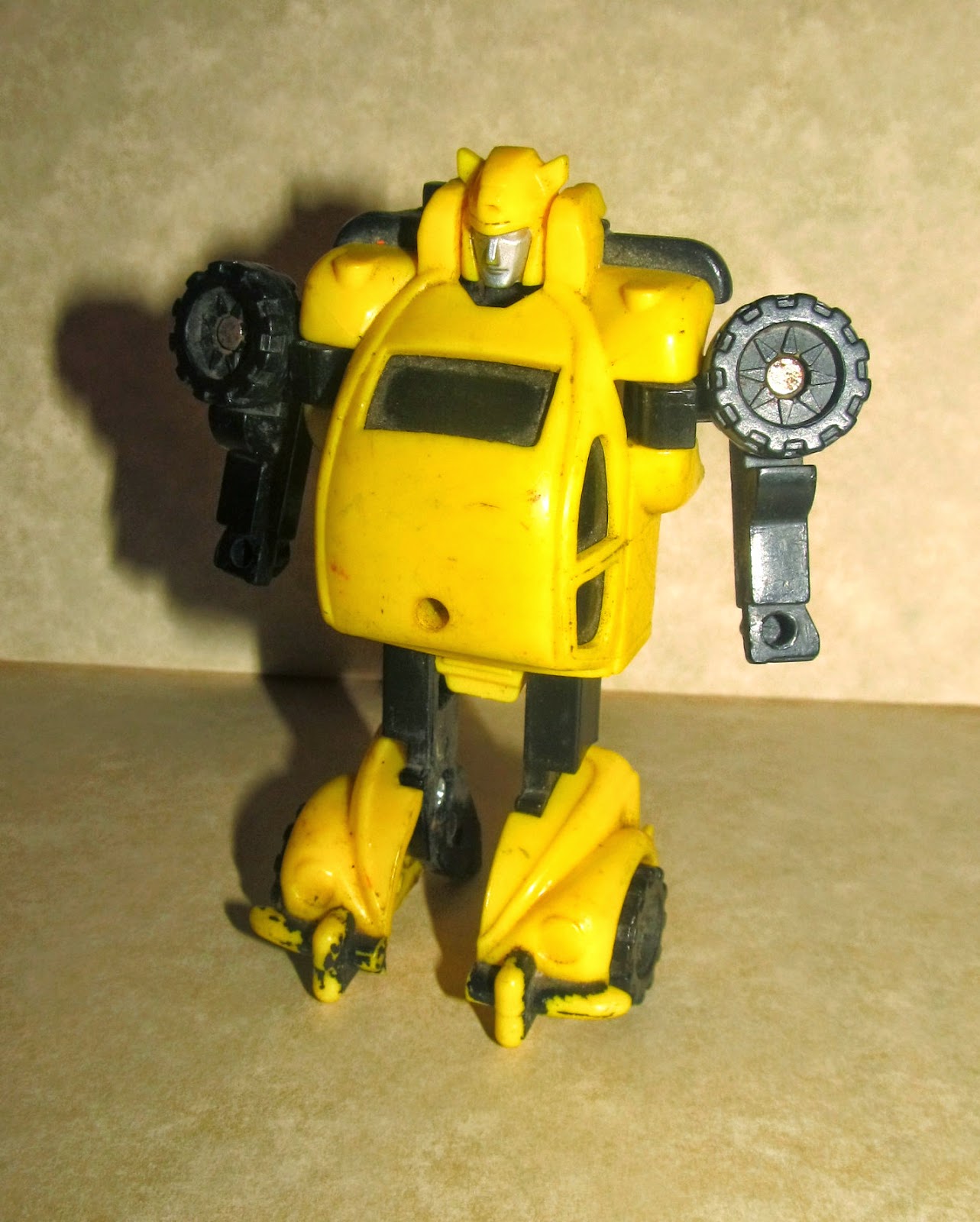 First up I have this 1989 Bumblebee Transformer. He was either a part of the Pretenders line of the Legends line of that ear, according to the Transformers Wiki. Bumblebee was actually one of my favorite characters on the show as a kid. The odd characters were always my favorites on any show... it was the soldier and warriors and tough guys that didn't really appeal to me at that age. 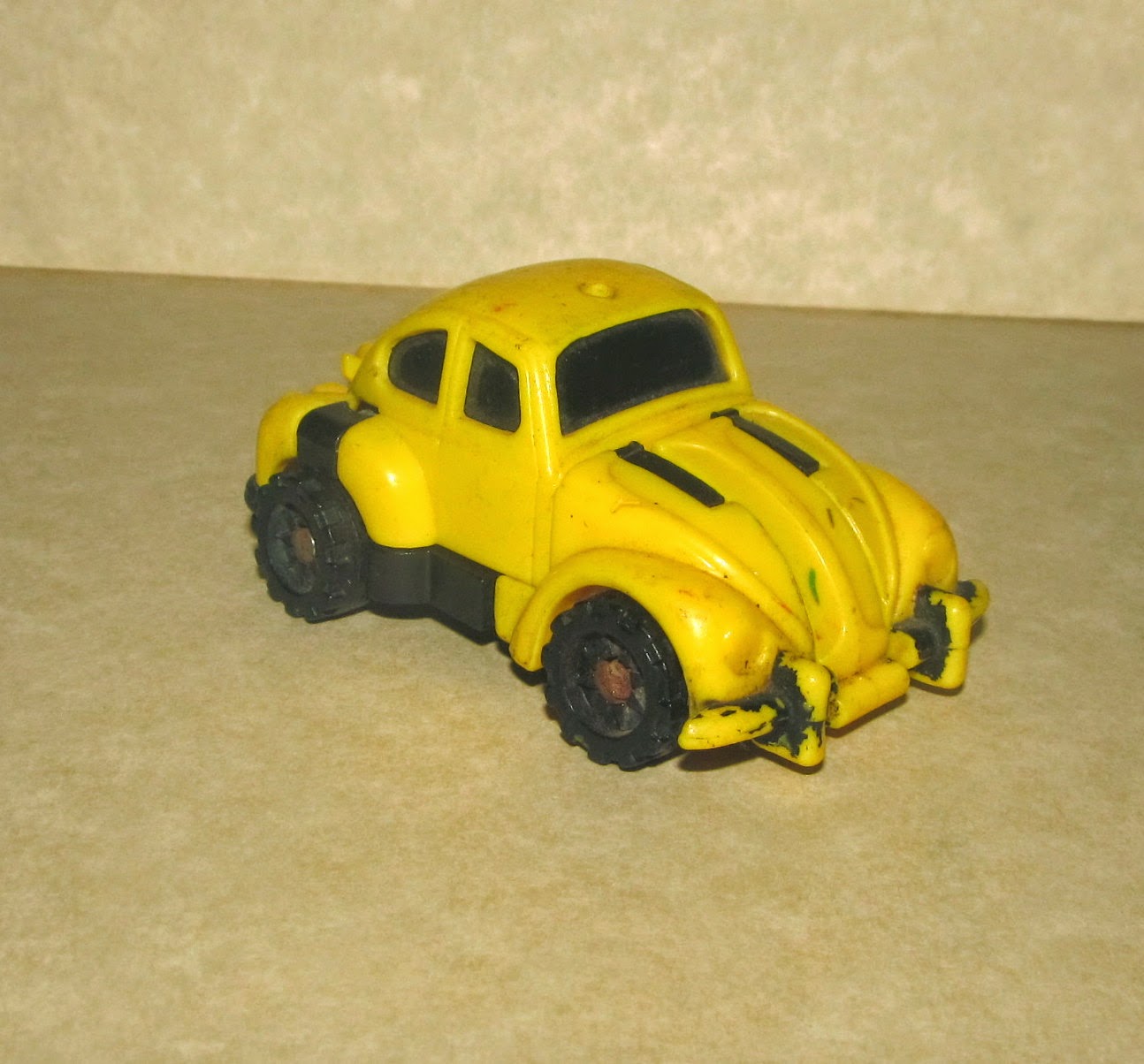 Here he is in car mode. Apparently all I'm missing now is the gigantic gun turret that you usually find innocuously installed on the roof of most Volkswagen Beetles. (Man, does he NEED a good cleaning) 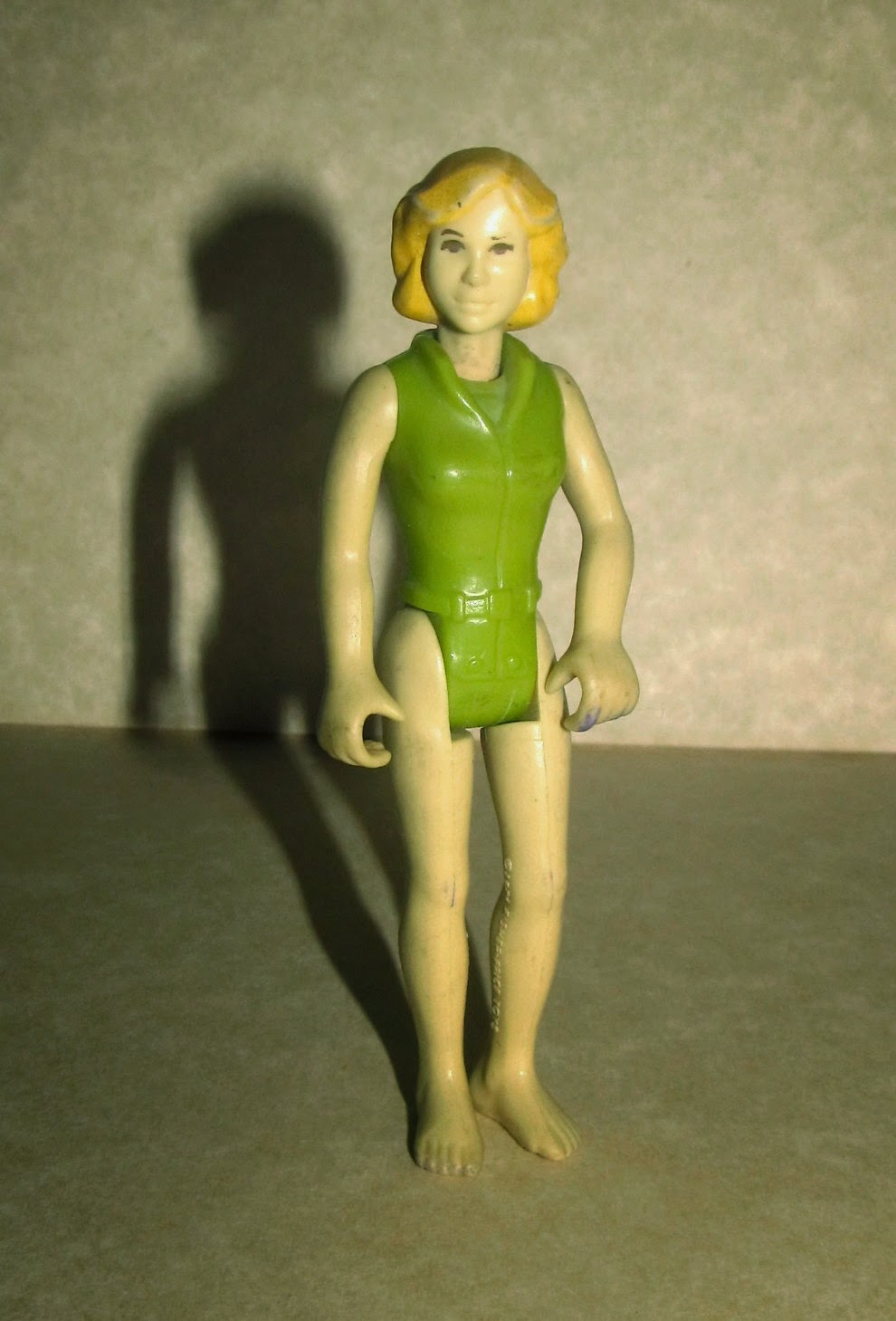 Meet Becky. Becky is a Fisher Price Adventure Person... and a total hottie. She is a scuba diver. I get really distracted when Becky's around. Becky is also the name of my Aunt. So... that got weird fast. I absolutely LOVE the Fisher Price Adventure People line. I only owned one as a kid because they were a little bit before my time (I had the X-Ray Man figure) but I really appreciate the design and simplicity of these little folk as an adult collector. 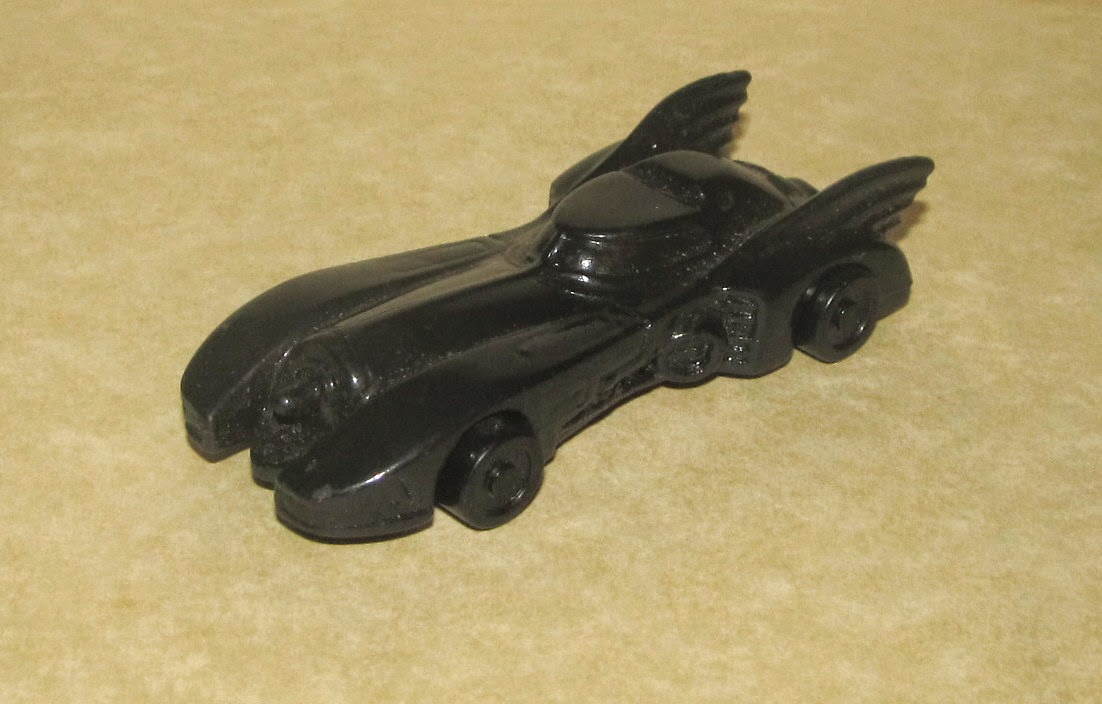 Next up is what I thought at first was a Hotwheels Batmobile from the Tim Burton movie... but I was mistaken. This baby is solid rubber! It was released in 1992 to support the Batman Returns movie, and was produced by Applause... you know... the guys who made all those PVC figures with the thick, rubbery paint? They did everything from the California Raisins to Sesame Street to Disney's Chip n' Dale's Rescue Rangers (can you tell I'm looking around my cave trying to think of figurines Applause produced?) To me, this just makes this thing that much cooler! The wheels are on pins and do actually roll, so this isn't just a solid hunk of rubber. Bumblebee, Becky, and the Batmobile up there all cost me just one American Dollar as a GROUP!!! They were all in a .50 cent bin but the guy at the register just grunted and charged me buy 2 get 1 free. Boy what a momentous occasion in my life! 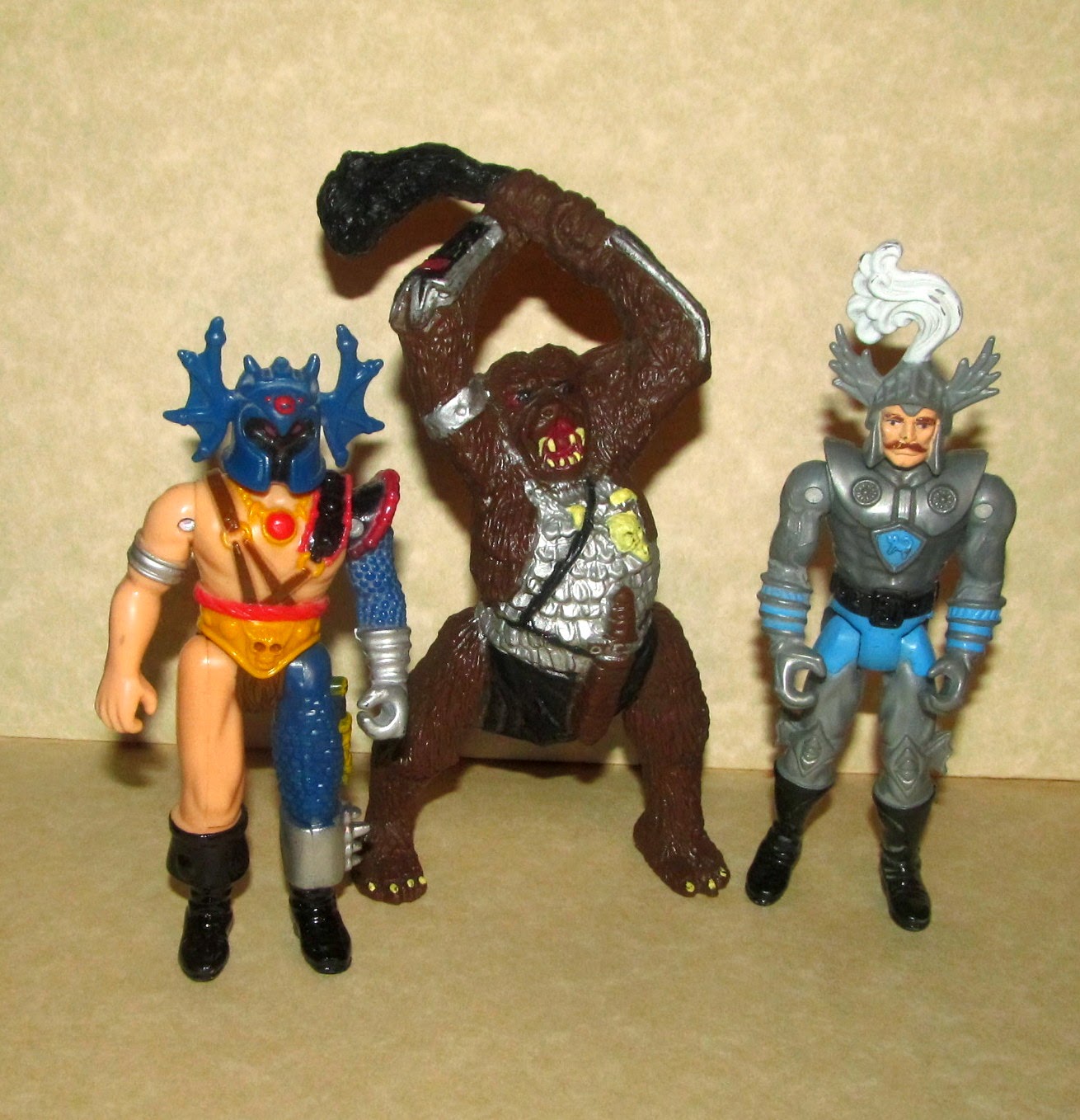 The star of this shot is the TSR PVC Bugbear figure standing front and center. I just wanted to include Warduke and Strongheart because they are the only other TSR toys from the 80's I own. Strongheart I bought in a grab-bag at Goodwill a long while back... and Warduke was a very recent gift from my wife's cousin's husband, who actually won him from the Garage Sale of awesome. Anyway... the Bugbear's supposed to be the star of the show here, so let's focus on him. I'm still not totally clear if the action figures and the PVC monsters were all meant to be part of the same toy line... but now that I know of their existence... I may be tracking more of these down. He was three dollars on his own. 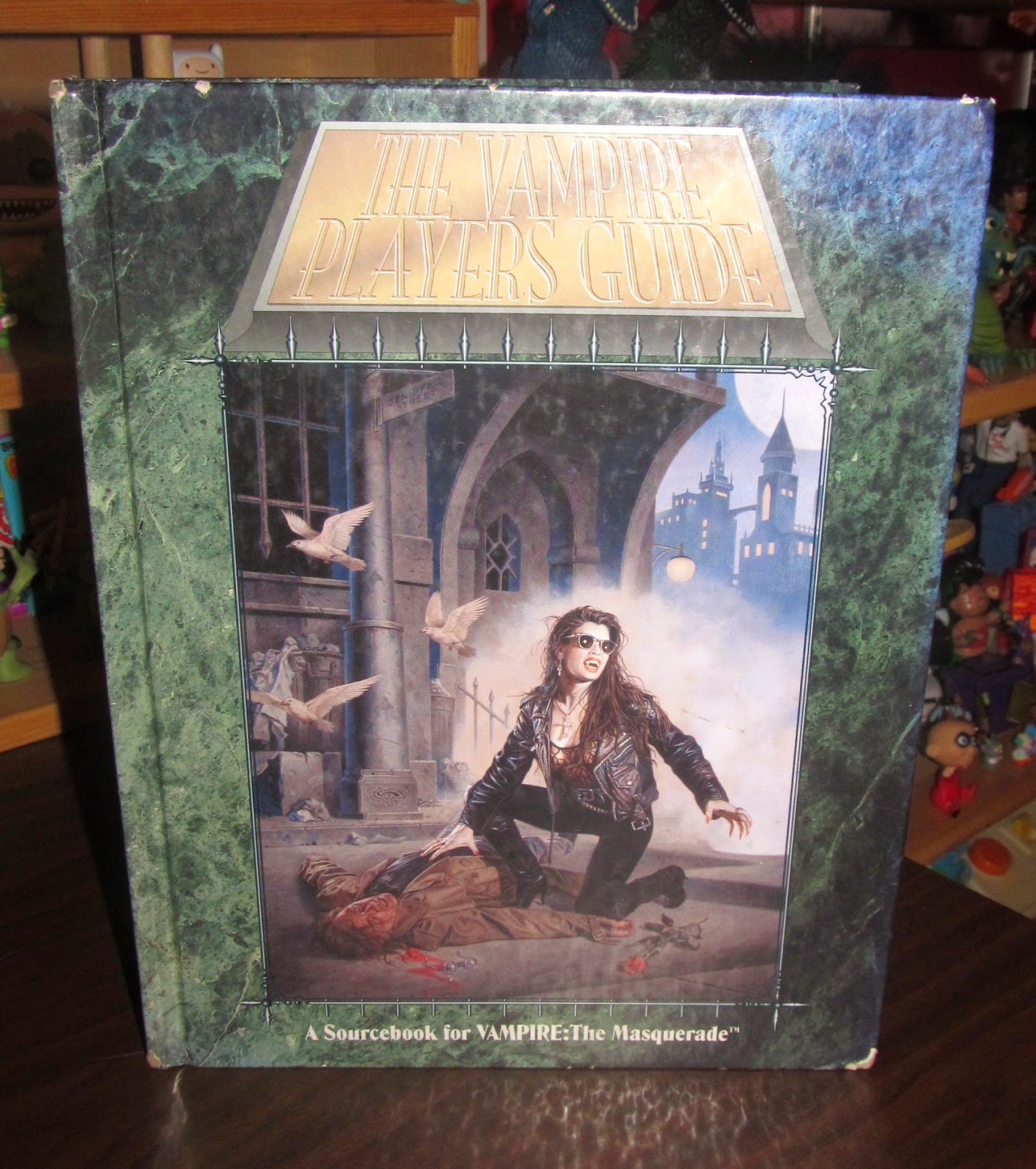 And finally, I brought home this Vampire the Masquerade players guide... which I already own. But it was only five dollars, and I have an idea of where this might be headed, so I snapped it up. All of the items you see here cost me just a hair under 9 dollars. There were two other items that I'm not revealing because I bought them as a surprise gift for a friend, and those brought my total up to 15 dollars.

That's all I have for today kids! I'll be back soon with more Geeky Goodwill Goodies! Until then, Happy Hunting.
Posted by Derek Ash at 11:47 AM