It has been a while since I have focused an entire post on just one grab-bag found at Goodwill. And I'm kind of excited. This one was a nice one. First off, for everything I'm about to show you, I paid a grand total of .99 cents! And it's a healthy little pile of toys! Take a look: 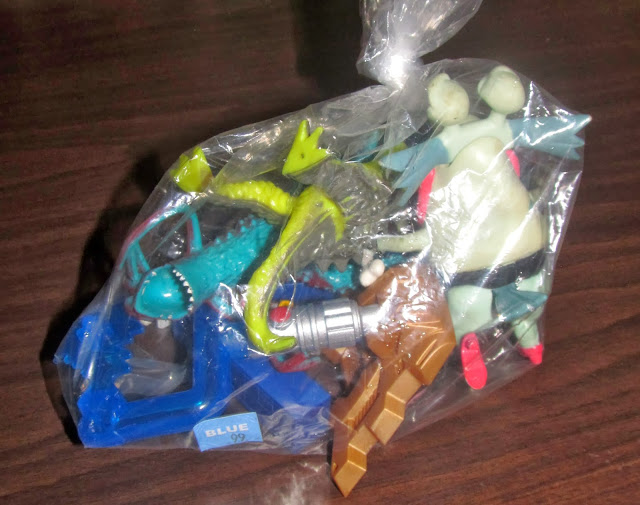 Eagle eyed observers will already recognize a few familiar forms in there, struggling to free themselves. So let's not make them wait. Let's dive right in and see what this grab-bag had in store for me shall we? 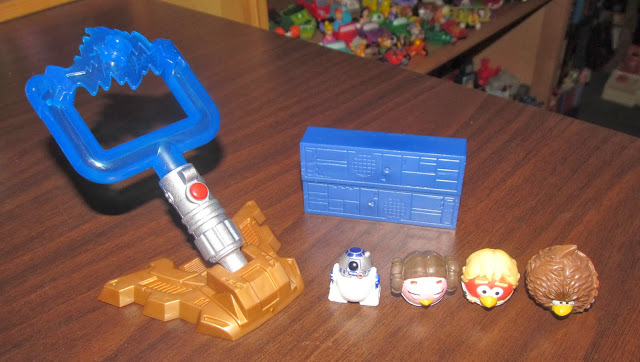 First up, we have this little set of Angry Birds Star Wars toys. I don't think this is a Happy Meal toy... but I'm not 100%, and I haven't Googled the sets to see where these came from. I will note that I had pretty much sworn not to get tangled up in the whole Star Wars Angry Birds fad, and now I'm finding that decision REALLY hard to stand by. I think I can make this statement and not be considered a liar: I will not buy any brand new Star Wars Angry Birds sets. I will ONLY buy them second hand. Obviously we have R2-D2, Leia, Luke, and Chewbacca all lined up there in the front. Also included was a light-saber-catapult and a couple of blocks to knock over. There were no signs of any other parts or pieces to this set. 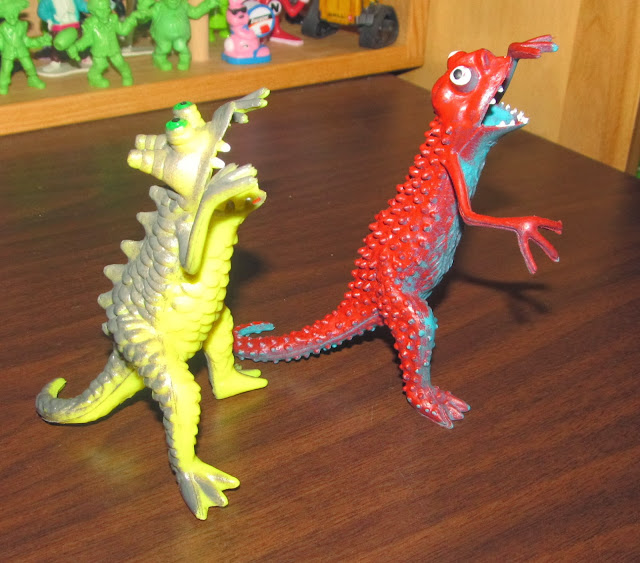 Next up are these two BEAUTIFUL freaks... who I think we can all agree are not just your average, typical members of a cheap, bagged assortment of dinosaurs. These are SPECIAL, in all the ways that may be interpreted. Look at the bulging eyes! Look at the interpretive-dance, jazz hands! Look at the slack-jawed Goober expressions on those faces! Look at the eye-blisteringly bright colors! These are amazing! 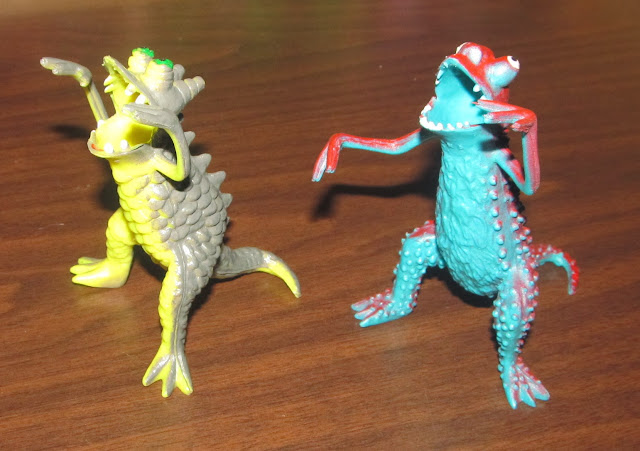 No idea where these could have originated from, but I think we can all agree that it is/was a magical, wonderful place full of magical wonders and wonderful magics. And finally... 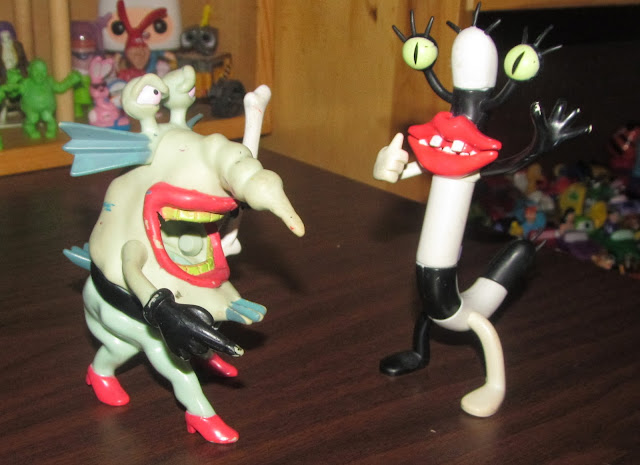 A couple of toys from the Aaahh! Real Monsters line. I was never a fan... or really even a casual viewer of this show, but I supported it in spirit as a show about monsters. I saw that the complete series has just recently been released on DVD, and this, like the claymation series "Bump in the Night", is the kind of show I would like to discover that I would have loved all along if I had watched it way back when. So I may pick that DVD set up sometime soon. I do know enough about the show to tell you that Ickiss and Krumm, the two seemingly "main" characters of the series are not the two I found. These are The Gromble and Oblina. And that... as the say... is that. These toys were originally put out in 1995 by Mattel, and they each have an action feature. Oblina's head raises so her mouth opens and a purple tongue pops out. The Gromble has a "chewing feature" which you use on the student figures apparently.

So that's my Goodwill Grab-Bag post! I'll be back with more Geeky Goodwill Goodies soon enough! Until then, Happy Hunting!
Posted by Derek Ash at 5:59 PM