Goodwill Mailbag: From a Toyriffic Guy!

So, back at the beginning of October, the League of Extraordinary Bloggers was tasked to list a bunch of stuff they wanted, or were actively trying to track down. I listed a bunch of stuff, and at the end, tacked on a few pictures of old action figures from my youth that I was looking for.

That did end in a couple of folks contacting me and offering up a few trades, and one was the one, the only Eric Stettmeier of Toyriffic fame. He offered me a Gorneesh figure in trade. I agreed and then before I knew what was happening, Eric had promptly mailed me the action figure, without even worrying about what I might offer him in return. He's pretty awesome that way. And I feel terrible, because I STILL have yet to find something to equal this: 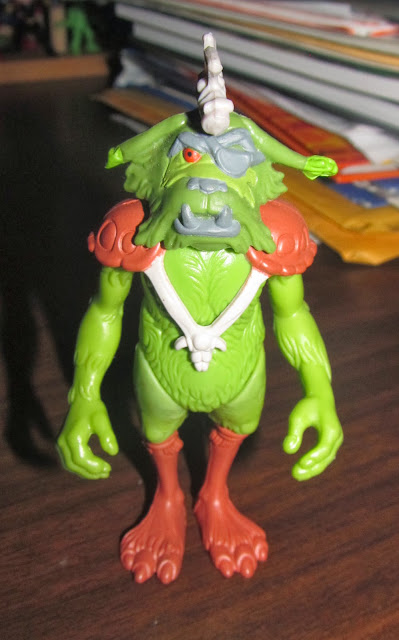 I didn't follow the Ewoks cartoon very closely when I was a kid. I didn't really connect it with Star Wars, and I didn't own any of the toys from the series EXCEPT for this guy. Gorneesh is one of the big bads of the show, being the king of something called Duloks. I just know that when I saw this green guy with a SPINAL CORD MOHAWK and a bitchin' eye-patch, I had to have him in my evil legion serving and fighting for Hordak. It's a very good chance that I picked Gorny here up on clearance, years after the Ewok line had gone defunct... these were produced in 1985 back when I would have been around 7 years old or so. Anyway... this one came to me for Eric, and I still owe him a trade. Something cool. Something worthy of a Toyrrific guy BECAUSE... Gorneesh wasn't ALONE in that package when it arrived. Oh no. 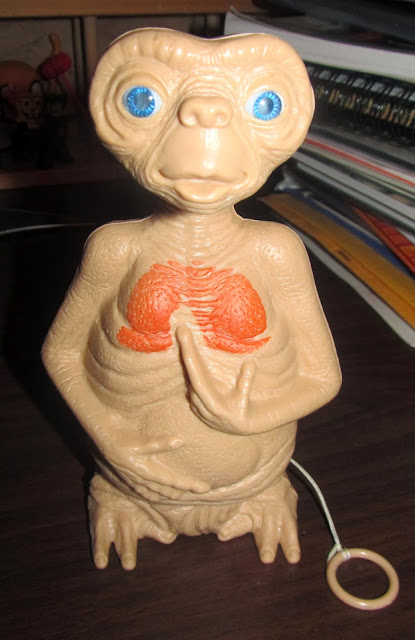 There was a 1982 pull-string E.T. figure in there as well! This thing is pretty cool. The pull-string still works too! As far as I can tell he only says "Ouch", "Home!", "Elliot", and something that sounds like "E.T. E.T. E.T!!!" but I'm not sure if it's that or something about Reese's Pieces or something. There was also a note:

Bastard sent me a killer E.T. toy? "Sufferin' Sucotash" indeed. Well, I really will have to find a trade that is WORTHY of Mr. Stettmeier's caliber, won't I? 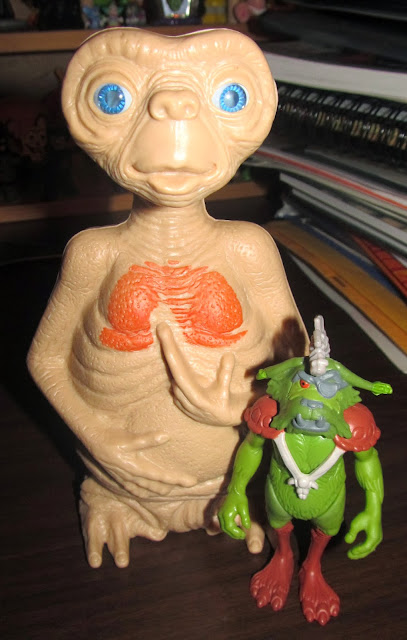 That was one EVIL package Mr. Toyriffic. Well played. But now the ball is in my court. So we shall see... we shall just SEE...