On the way home from a trip I recently took, I took a few minutes out to do a Quick-Stop at the Bangor, ME Goodwill. I didn't find much of anything for toys (except one grab-bag, shown at the end of this entry) but I did find a pile of books. There's always books. But I was pretty excited about some of the finds in this particular crop. 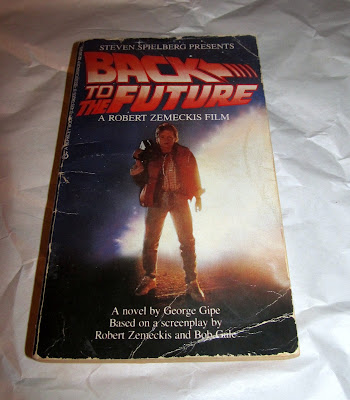 First up is the novelization of Back to the Future. Paxton Holley of Cavalcade of Awesome and Nerd Lunch fame is a huge BttF fan, and is always talking about novelizations and how they can expand on the scripts of movies. So, even though I'm not usually a huge novelization fan, whenever I see one for a cool 80's movie I pick them up now. If I don't end up reading some of them, I still find them to be cool pop-culture artifacts. This revered piece of pop-culture ephemera cost me .99 cents. 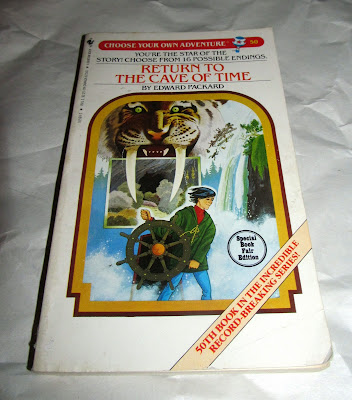 I can NOT pass up vintage CYOA books when I find them. After all, I'm the star of the story! .99 cents for this one. This one is from 1985, and the sequel to the earlier The Cave of Time. 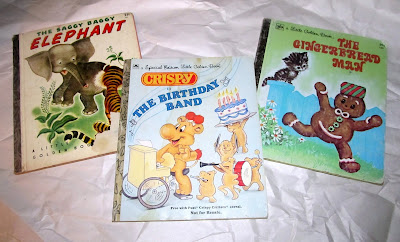 A few quick notes here, The Saggy Baggy Elephant I picked up for the cover only. The interior is destroyed. It's missing pages, and is horribly defaced. No one's going to buy this thing as a collector's item. But the back cover and the spine are just beautiful (now kicking myself for not taking a shot to show this...). This is from back when you could buy a LGB for .25 cents new. The Crispy book is not a genuine foil-spine LGB (it's a paperback with a printed-on spine) but it's cool. It was a free give-away with Crispy Critters cereal back in the 80's. The Gingerbread Man was in good shape and looks pretty nice and old. I like the illustrations and the overall look and feel of the book. All three were .99 cents apiece. 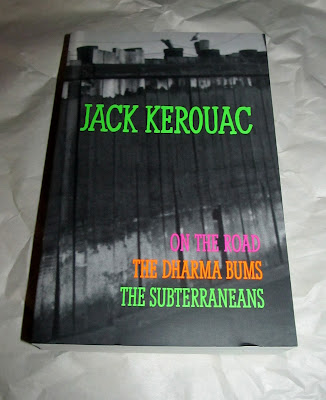 I paid 1.99 for this collection of Jack Kerouac's books. I've never read anything by Kerouac, but have been planning to read On the Road for years now. Finding a nice cheap collection in a nice, hefty book like this was a really cool surprise. 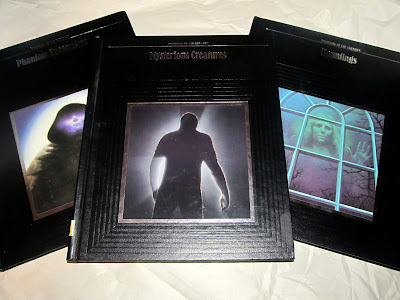 They had what looked like an entire set of these Time/Life Mysteries of the Unknown books, but to be honest, these were the only three I wanted out of the lot. I already found the UFO book back in October last year, so this brings my collection to a close. I didn't really want the books on Alchemy and Astral Projection, although I think there was another book in the set about ESP (which I did not see there, come to think of it) that I may look for in the future. For now, Phantom Encounters, Mysterious Creatures, Hauntings, and the UFO Phenomena will be all I own. These books are not as... useful/informative (I guess?) as the Enchanted World series books, but they sure are fun. 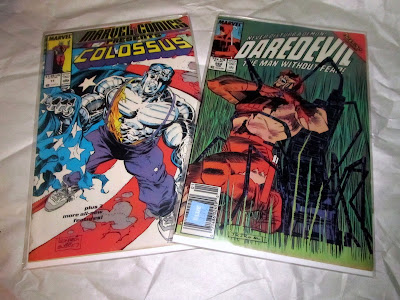 I pretty much vowed to never spend 2 bucks on single issues at Goodwill back when I picked up the Nestle Quik Bunny comic book a while back... But then I saw a HUGE pile of old comic books and I just couldn't resist. I shouldn't have even flipped through the stack. I realize these are all probably quarter-bin finds somewhere else, but the idea that I'd never find some of these issues again was too much to bear, so I did it. I paid 1.99 for each of these 8 comic books. The first one is an issue of Marvel Comics Presents, which is an old Marvel Anthology comic that I genuinely loved back when it was being published. It contains 4 stories starring 4 different Marvel characters, and many of them are serials that run throughout 8 to 12 issues until the story wraps up. This one features continuing stories for Colossus and Man-Thing, and self-contained stories for Ant-Man and Slag, from the Wolf-Pack. The issue of Daredevil takes place near the beginning of the X-Men Inferno crossover that affected so many other titles. Daredevil really went whole-hog with the demonic-city stuff, and this awesome issue features Black Widow in a prominent role fighting possessed city fixtures, while DD spends most of the time out of commission. 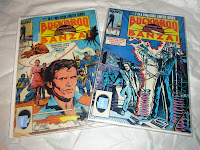 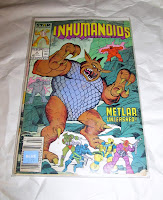 I've never seen the Adventures of Buckaroo Bonzai Across the 8th Dimension, but this 2-part adaptation was too cool to pass up. Ugh, I'm weak. And the Inhumanoids comic was a no-brainer for any child of the 80's. So cool. 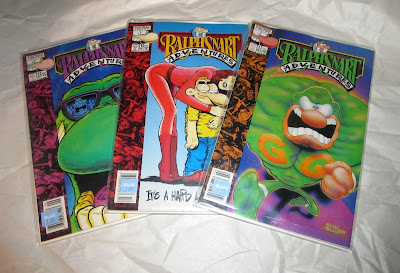 The truly awesome comic find for me was this threesome of Ralph Snart comic books. If you've never read Ralph Snart before... don't bother trying it now. It's the worst kind of low-brow crass humor, and without the wry intelligence of an episode of Beavis and Butthead. But I read the HELL out of this comic when I was a kid, and to find some old issues of the series was an awesome surprise for me. I honestly can't believe my mother let me read it, seeing all of the HEAVY beer drinking references, sex references, and to be honest, HORRIBLE spelling and grammar typos. 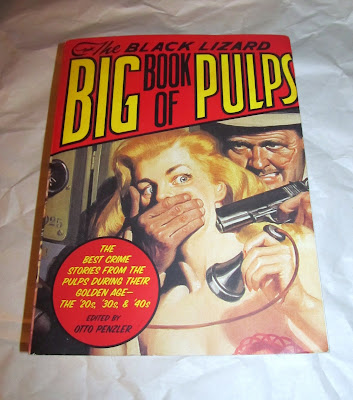 This giant book of pulp crime stories was impossible to pass up for 1.99. I am salivating while I think of reading it. LOOK at that cover art. 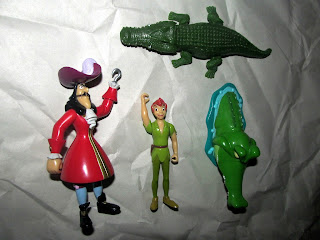 And finally, there was this .99 cent grab-bag full of Peter Pan toys. I really just spent the .99 cents on the Tick-Tock Crocodile head emerging from the water... but thrown in were the Captain Hook and Peter Pan Figures, and the other Crocodile, which is technically a Peter-Pan toy, just not a Disney one. It's from the 2003 Peter Pan film out of Columbia pictures.

Well kiddos, that's it for me tonight! I'll be back soon with more Geeky Goodwill Goodies! Until then, Happy Hunting!