I have mentioned Mardens on here before. It's a salvage and surplus chain store here in Maine that sells overstocked items and fire-damaged, flood-damaged, and even sasquatch-molestation-damaged goods. My wife wanted to go wander around there for a while on Mother's day after we took her out for breakfast.

While I was entertaining the boys over in the toy department, my wife found herself an iPod 4 case for 1 dollar. I found... these: 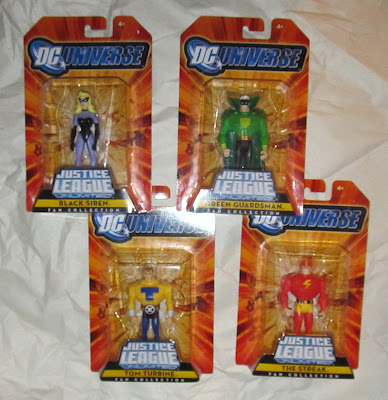 I loved these at first sight. I have no idea when or where they were originally released, but the concept behind these is some sort of alternate Earth version of the JLA called the Justice Guild. They feature some awesome, pulp-style versions of Black Canary (Black Siren), Green Lantern (Green Guardsman), Superman? (Tom Turbine), and The Flash (The Streak...?) I'm not a huge fan of the Streak figure, but I LOVE the concepts behind the other three, and I couldn't buy just three out of the four. Checking their wikipedia page, these guys are from the cartoon show, and were not what they initially appeared to be. 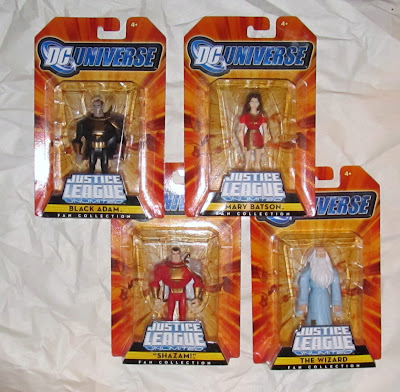 Next up a set of four members of the Marvel family... all carefully packaged to omit the "Marvel" title. Black Adam, Mary Batson, Shazam, and the Wizard. I love the wacky wild concepts behind the Marvel family stories. The magic and mayhem of the characters and their villains are excellent. Plus, having gone on a recent Batman: Brave and the Bold marathon on Netflix, I've gotten a huge does of Shazam!!! My favorites are Black Adam and Mary Marvel, though Captain Marvel's no slouch, and I love that they made a Wizard figure at all, even though he's not that exciting.

I've got close-up images of all the single figures below. I'm hanging these up on my wall in the package because they just look incredible together. If anyone really wants a set of these, let me know and maybe we can work out a sale or trade if you can't find them around your area. They also have a set of four members of the Legion of Superheroes (Lightning Lad, Cosmic Boy, Saturn Girl, and Braniac 5) but I'm just not interested in those characters, so I didn't buy any for myself. 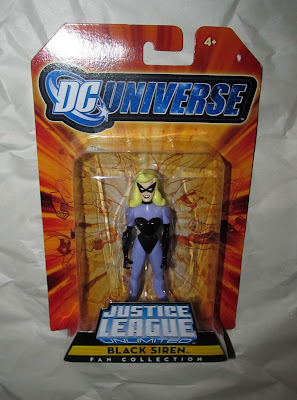 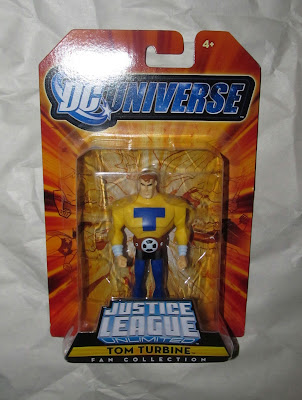 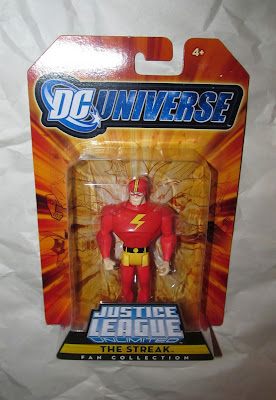 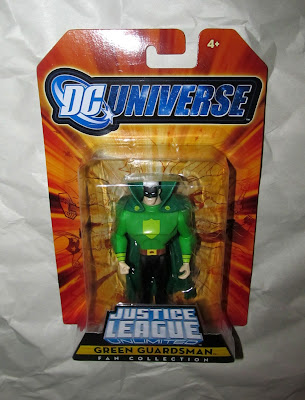 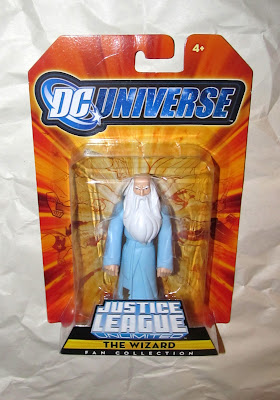 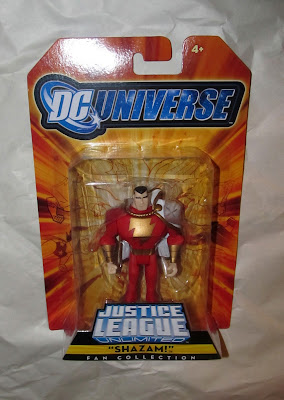 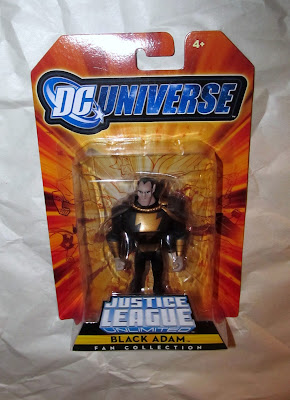 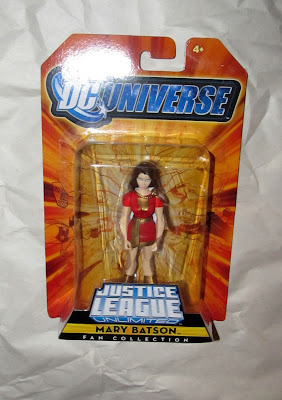 That's it for tonight folks! These figures weren't from Goodwill, but they were a steal. I'll be back soon with more Geeky Goodwill Goodies! Until then, Happy Hunting!
Posted by Derek Ash at 6:56 PM