Another Package from Miss M!!!

I have a good friend, Miss M, whom I often podcast with (on both the Geek Fallout podcast and the Eclectic Mayhem podcast) whose blog, Diary of a Dorkette, is a MUST read, and with whom I also often exchange packages of pure FUN with on a semi-regular basis.

So another one of THOSE showed up a while ago, and in typical Goodwill Geek fashion, I have put off blogging about it for MUCH too long. So let's take a look at what Miss M sent my way, shall we? 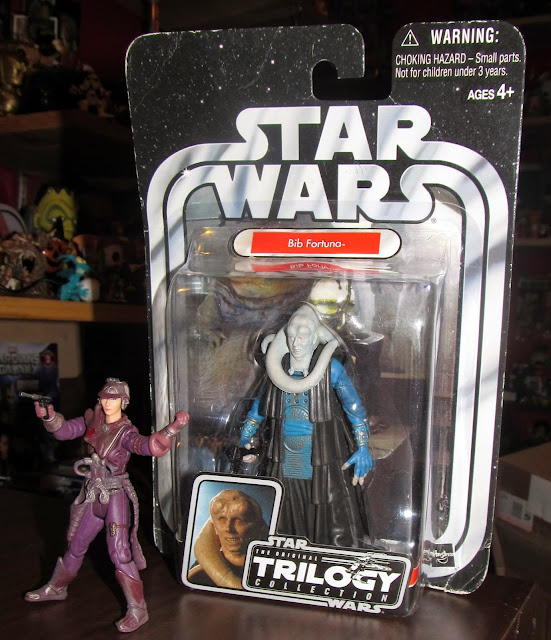 First up there were some Star Wars toys included. The loose figure there is Zam Wessel, a shapeshifting bounty hunter whose right arm is removable as she gets it light-sabered off apparently? (Thanks Wookie-Pedia!) still on the card there is Jabba the Hutt lackey, Bib Fortuna! I freed him from his carbonite prison and quickly added him to my Star Wars shelf. 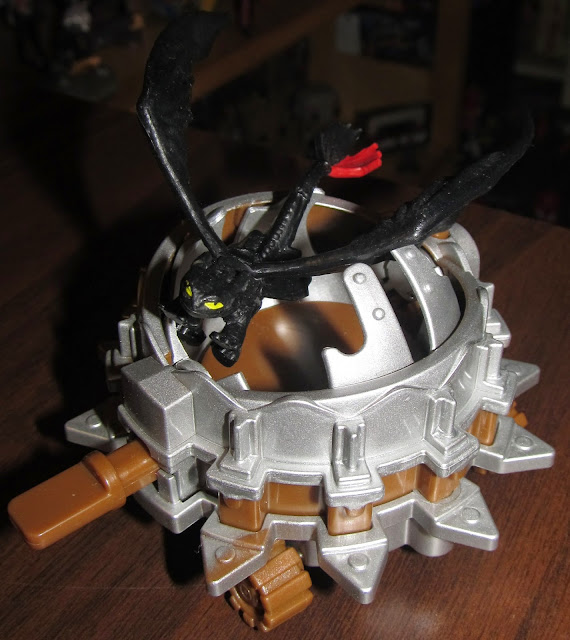 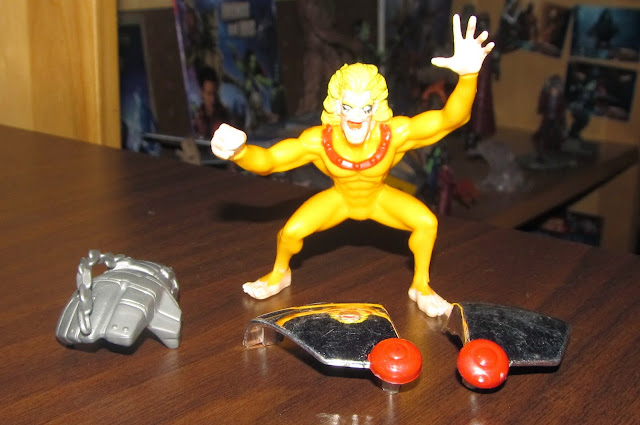 A few previous packages from Miss M had included X-Men characters that were missing some of the accessories. Miss M thoughtfully held onto these for me and included them here! 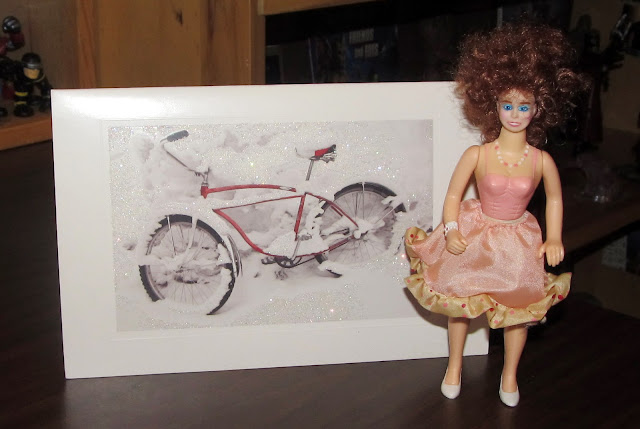 And finally, what I think are my absolute favorite items of the pack, this Miss Yvonne figure from the Pee-Wee's Playhouse line, and the Christmas card (this was meant to be a Christmas gift LAST YEAR... did I not mention that... since it is now MAY???) which definitely evokes Pee-Wee's Bicycle from the Pee-Wee's Big Adventure film. Miss Yvonne immediately started hanging off the shoulders of all the Masters of the Universe figures, which immediately made them all very uncomfortable, except for Prince Adam, who seemed to really get along well with her. 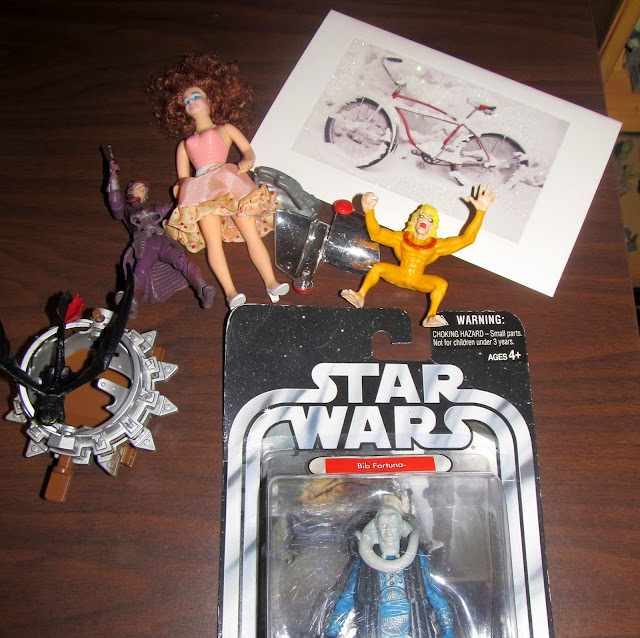 Here's one last look at the box of pure FUN sent to me by Miss M! I want to make sure I send out a heartfelt THANK YOU to her, and make sure everybody knows what a great person and friend she is!

Well that's it for tonight kids! But I'll be back soon with some Geeky Goodwill Goodies! Until then, Happy Hunting!
Posted by Derek Ash at 12:43 PM