A Package from the Trash Man!

You may have noticed by now that I have a habit of waiting waaay too long to thank people for stuff they've sent me. If you haven't noticed this, then you are about to notice. Maybe you're new here.

So this post is going to be all about a package sent to me by my good friend Brian Farrell, otherwise known as the "Trash Man" curator of the Pop Pop! It's Trash Culture blog. He sends me stuff from time to time, and I return the favor from time to time. Let's dig in and see what he sent to me this time, shall we? 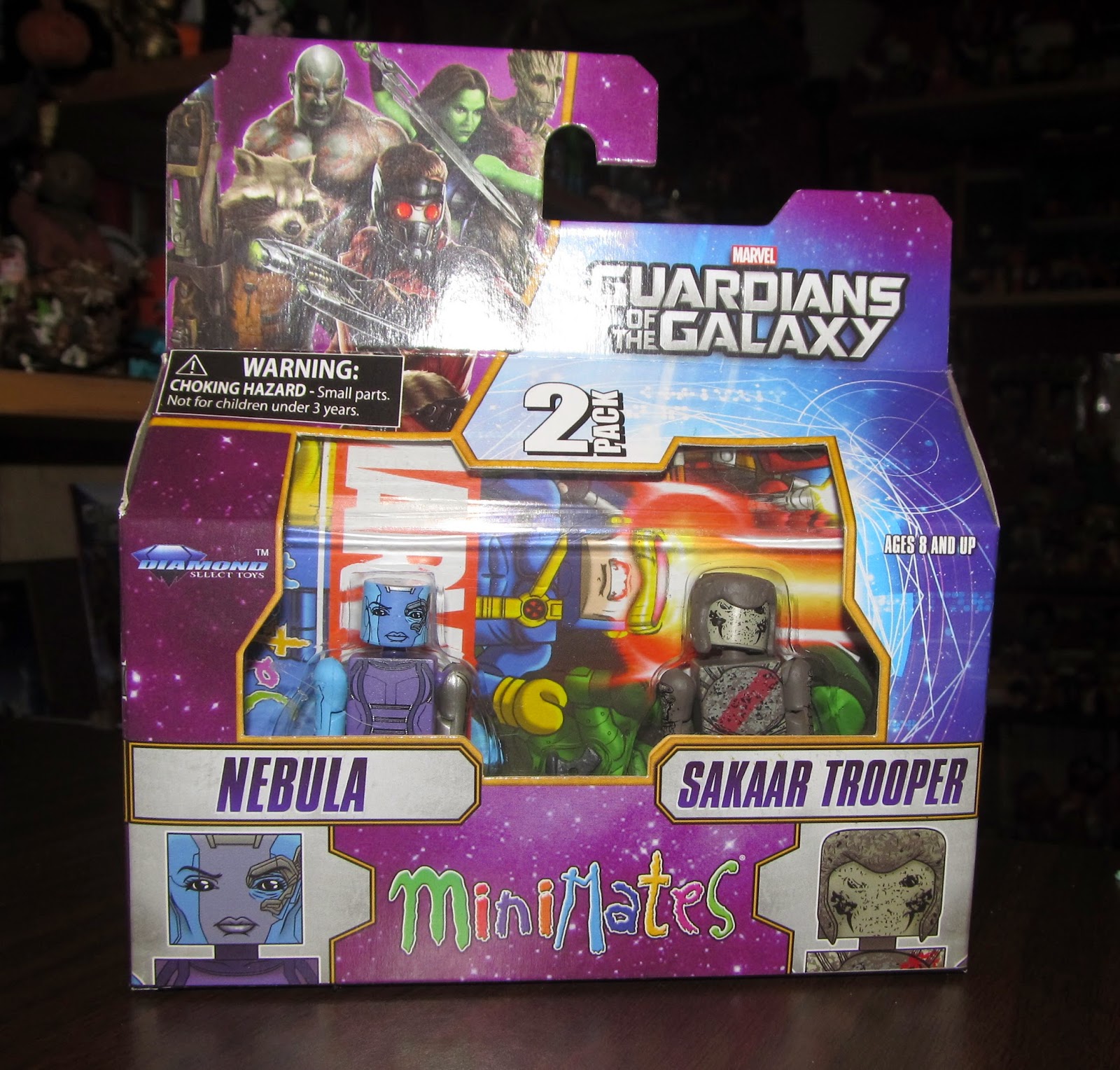 First up, Brian and I try to help each other out as much as we can. Since he knows I don't frequent comic shops (there are none easily accessible in my area), and this Nebula MiniMate was a comic shop exclusive, I asked Brian if he would snag one for me if he could and save me the cost of going eBay-diving for it. As usual, Brian came through and really did me a solid. I am super appreciative, as this completed my GotG MiniMates collection.

My one complaint with this MiniMates line is that they made a duplicate Sakaar Trooper when they could have made the Collector, Korath, Corpsman Dey or even Nova Prime. There were several criminally overlooked characters that could have been packed in exclusively with Nebula. Oh well, at least the Sakaar Trooper is an army builder, so it works. 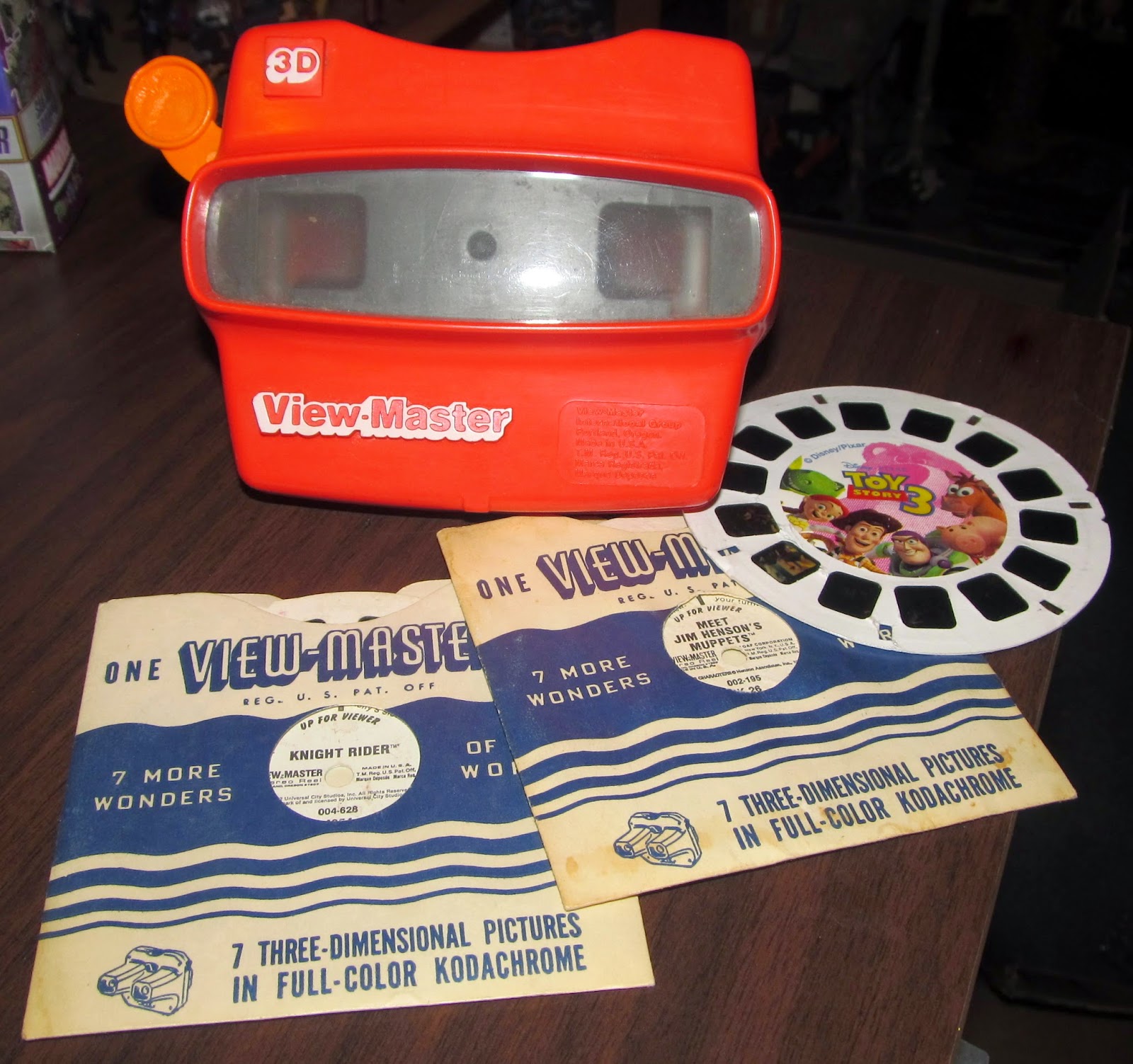 Also included was this View-MAster circa 1980-something, and some slides to view, starring none other than Toy Story, Knight Rider and the Muppets!!! 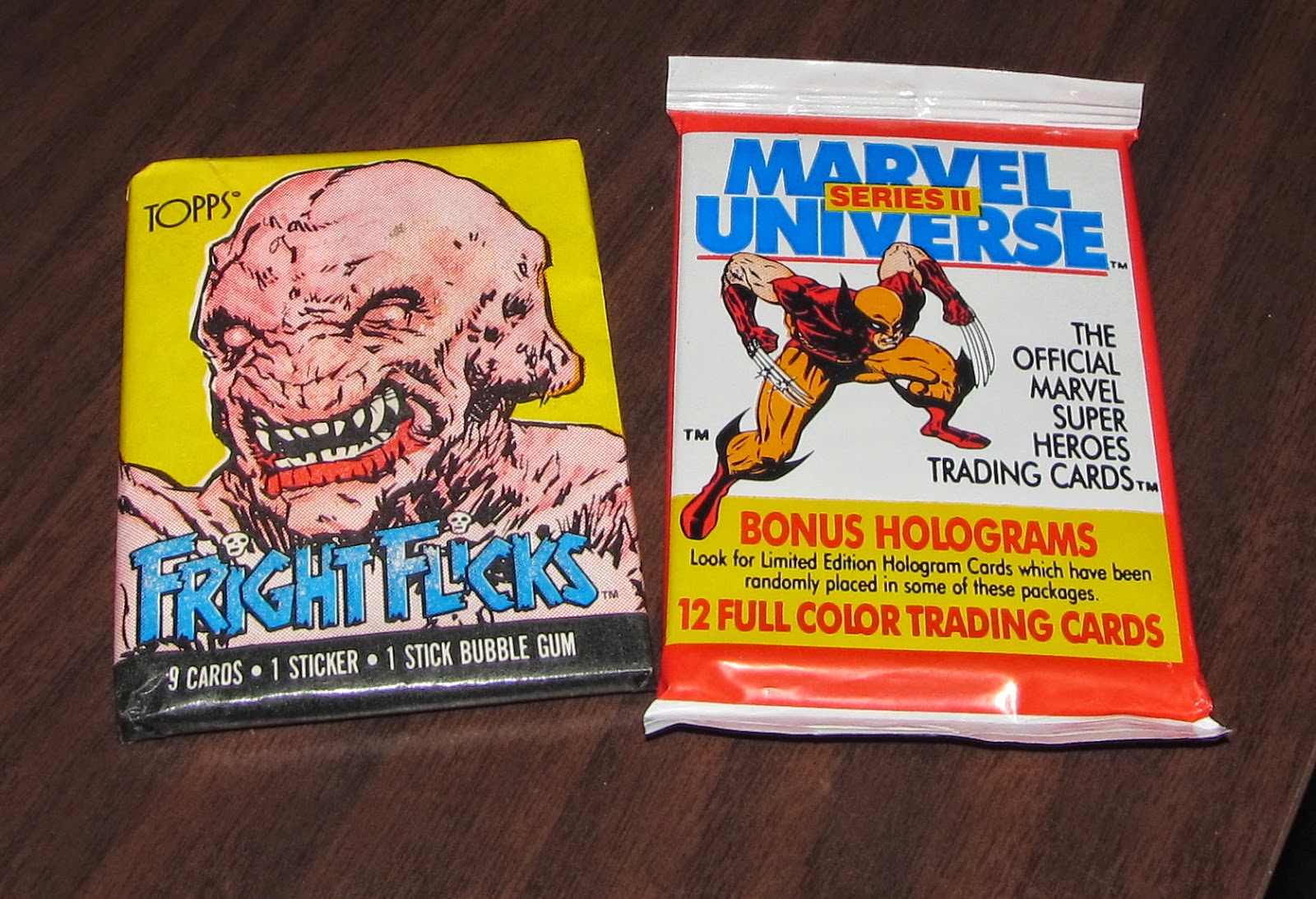 It would be weird if there were no collectors' cards included in a package from Brian, and he did NOT disappoint. I suspect very strongly that this Fright Flicks wax pack was hand-picked for me due to my absolute adoration of Pumpkinhead. I have not opened it. This is one of the wax packs that I will be keeping unopened and intact as an objet d'art.

I DID open the Marvel Universe Series II pack so I could see what characters I got. This series has always stood out in my mind due to some of the cards being illustrated beautifully by Arthur Adams. Thanos, Dr Doom, Speedball, and a battle between the Thing and the Hulk all have Mr. Adams's distinctive art on display. 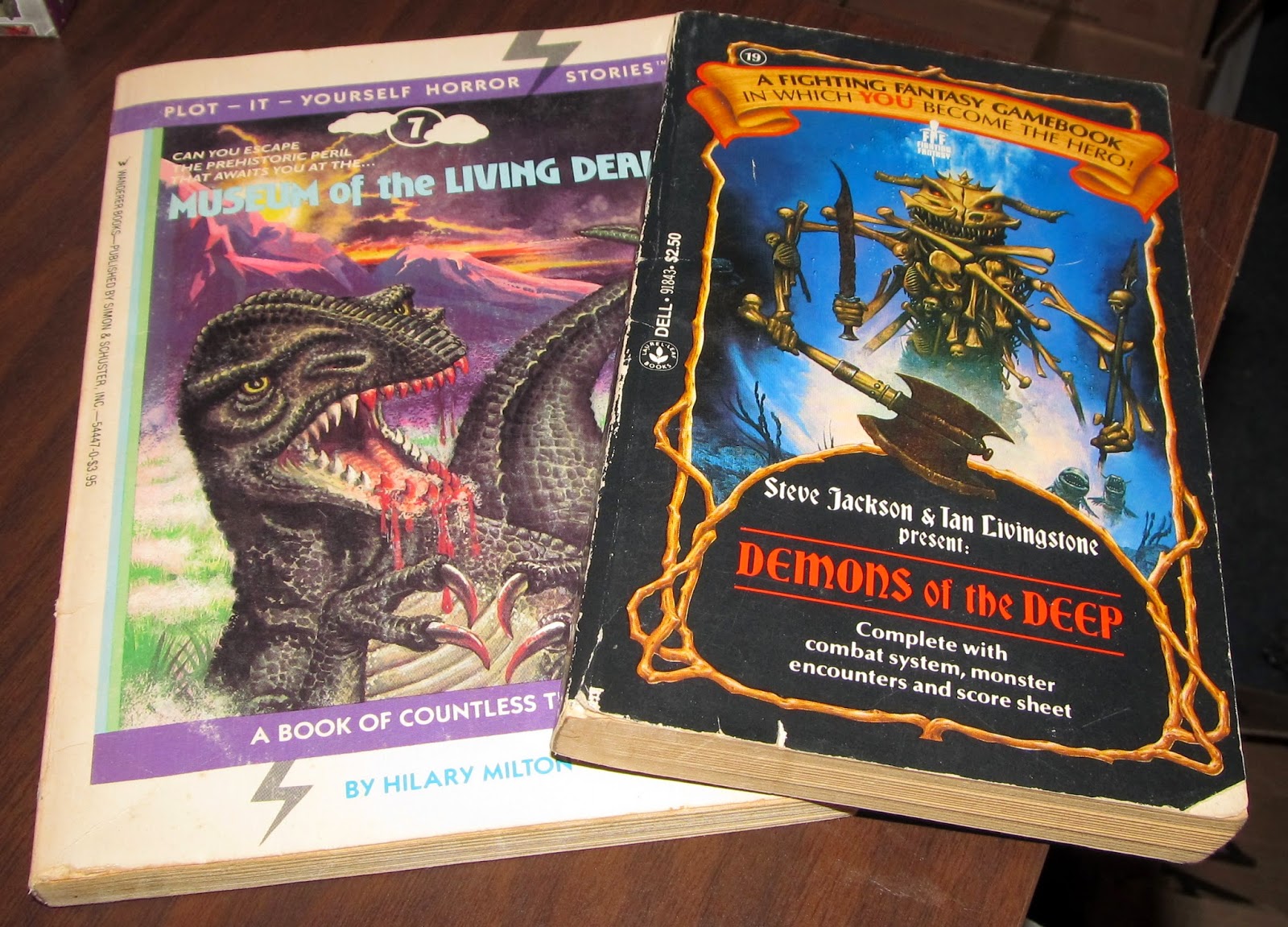 Brian also knows of my weakness for Choose Your Own Adventure books. So he knew that Museum of the Living Dead, which is a "Plot-It-Yourself Horror Story" and Demons of the Deep which is a "Fighting Fantasy Gamebook" (Steve Jackson of Gurps and Munchkins fame???) would be right up my alley! 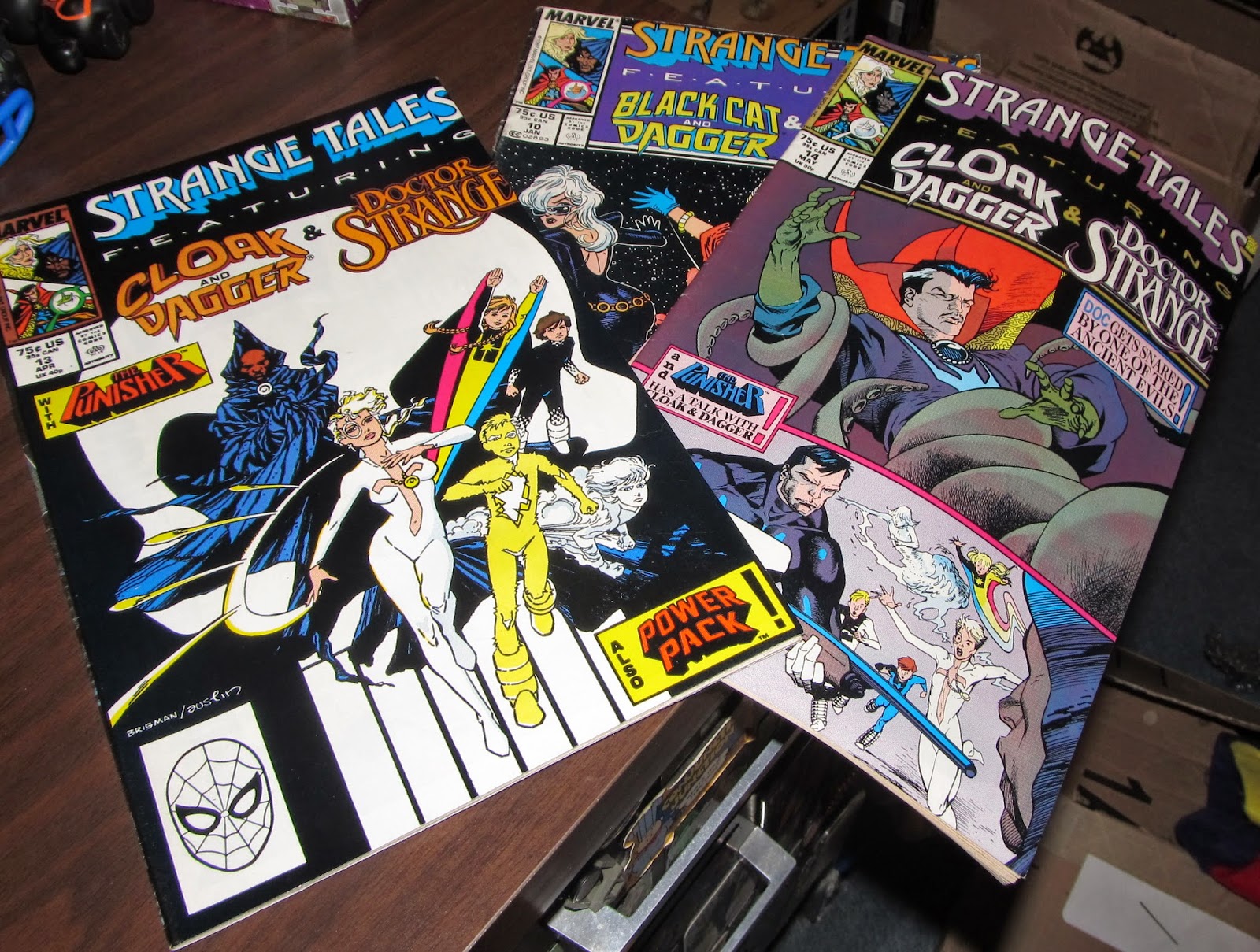 Also included were these issues of the (in my opinion) BEST Cloak and Dagger comic book series of all time: Strange Tales Featuring: Cloak & Dagger and Doctor Strange!!! This one even features Power Pack! Three more issues to put towards completing my run! 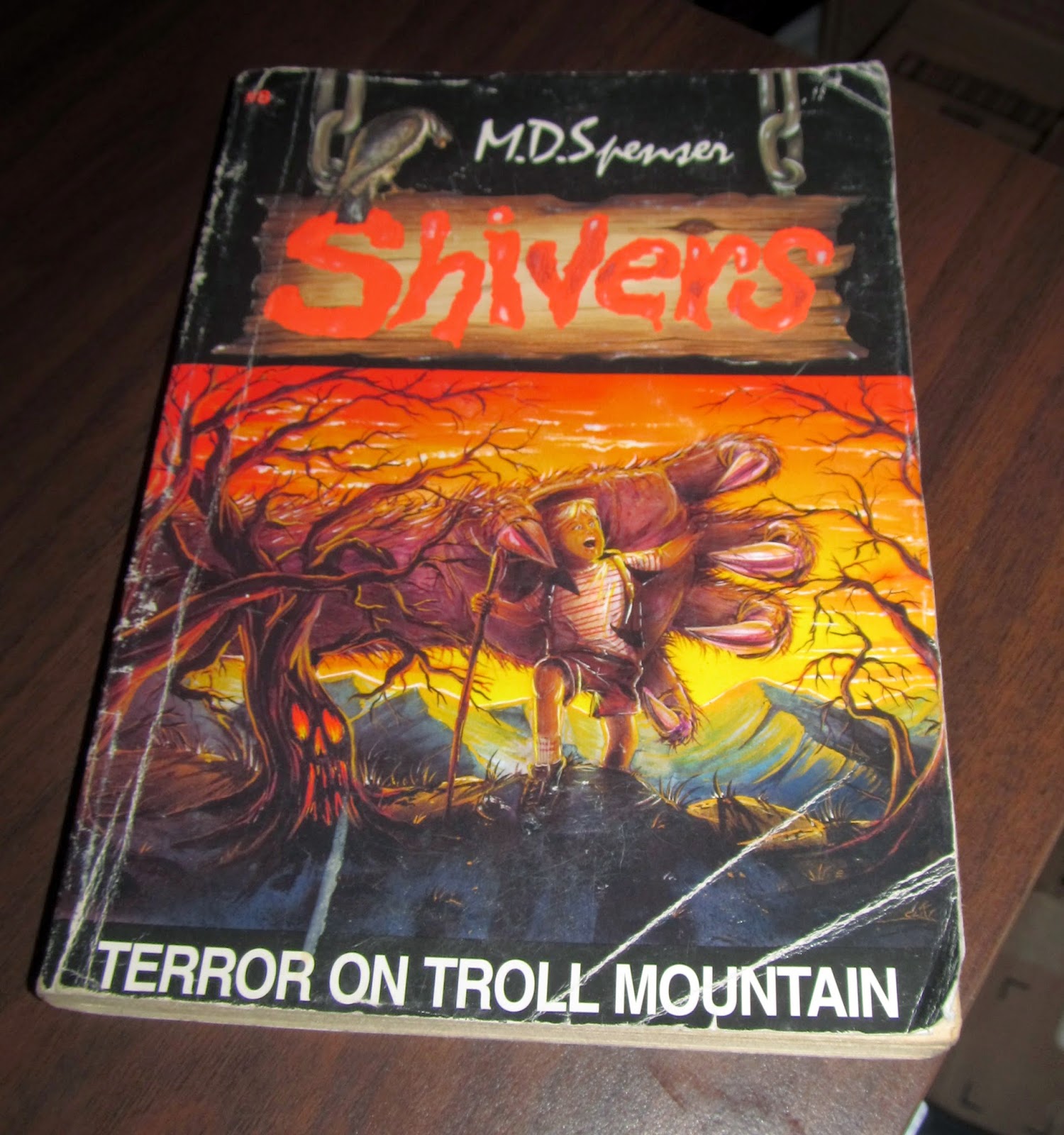 This Goodebumps-style book may not seem remarkable to you... but if you look closer you see there's just nothing right about this cover at all. 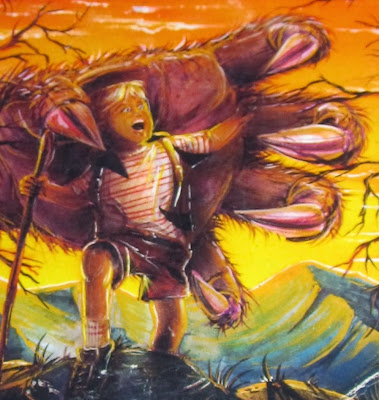 Gah, I bet it smells awful in there. 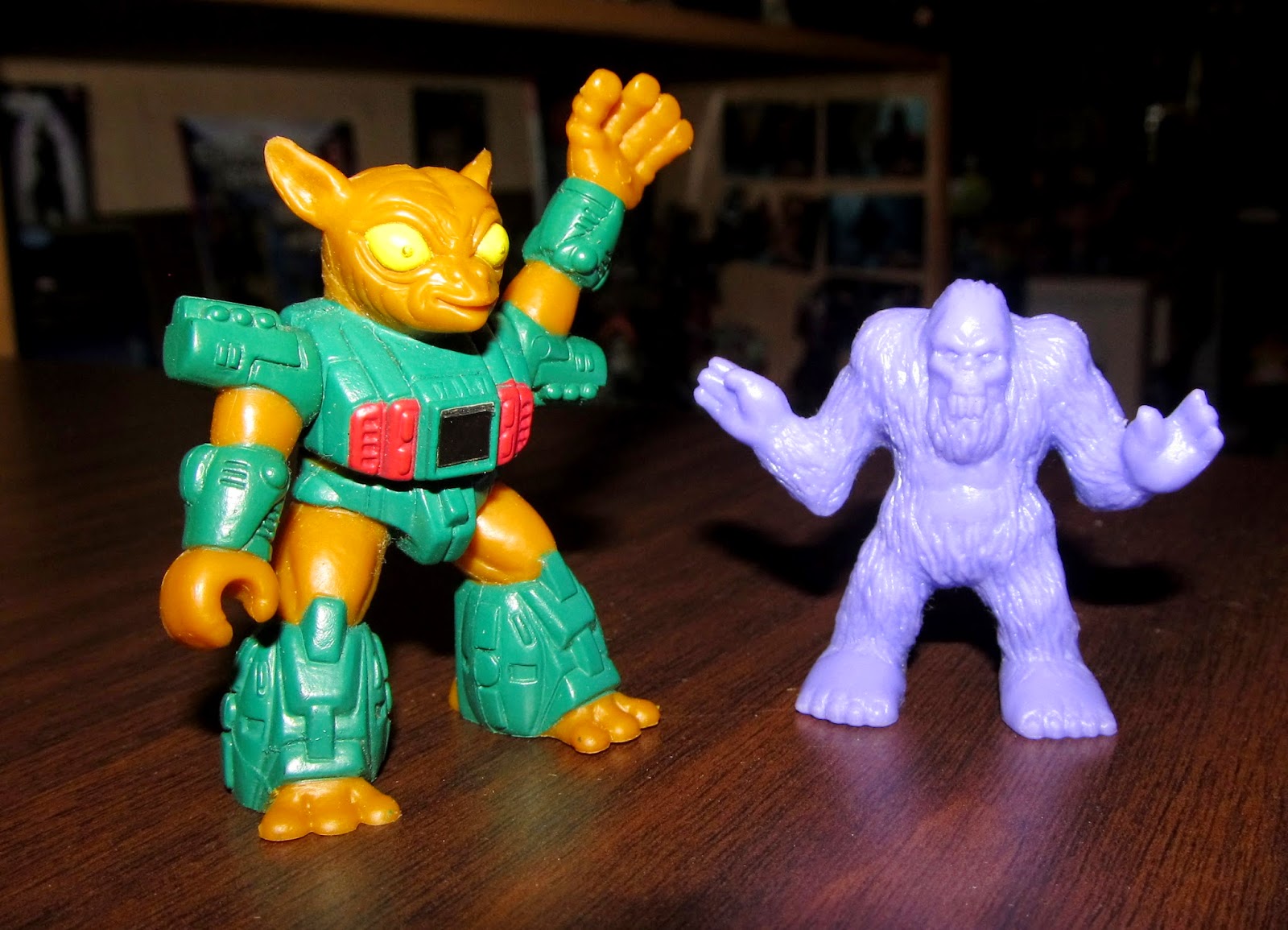 Some of the absolute BEST and surprising items in the box were this Battle Beast, "Tarsier Tyrant" and this Monster in My Pocket, "Bigfoot". Both of these toy lines were ones I collected as a lad. Here you can see Tarsier Tyrant about to pimp-slap Bigfoot.

He owes him money. 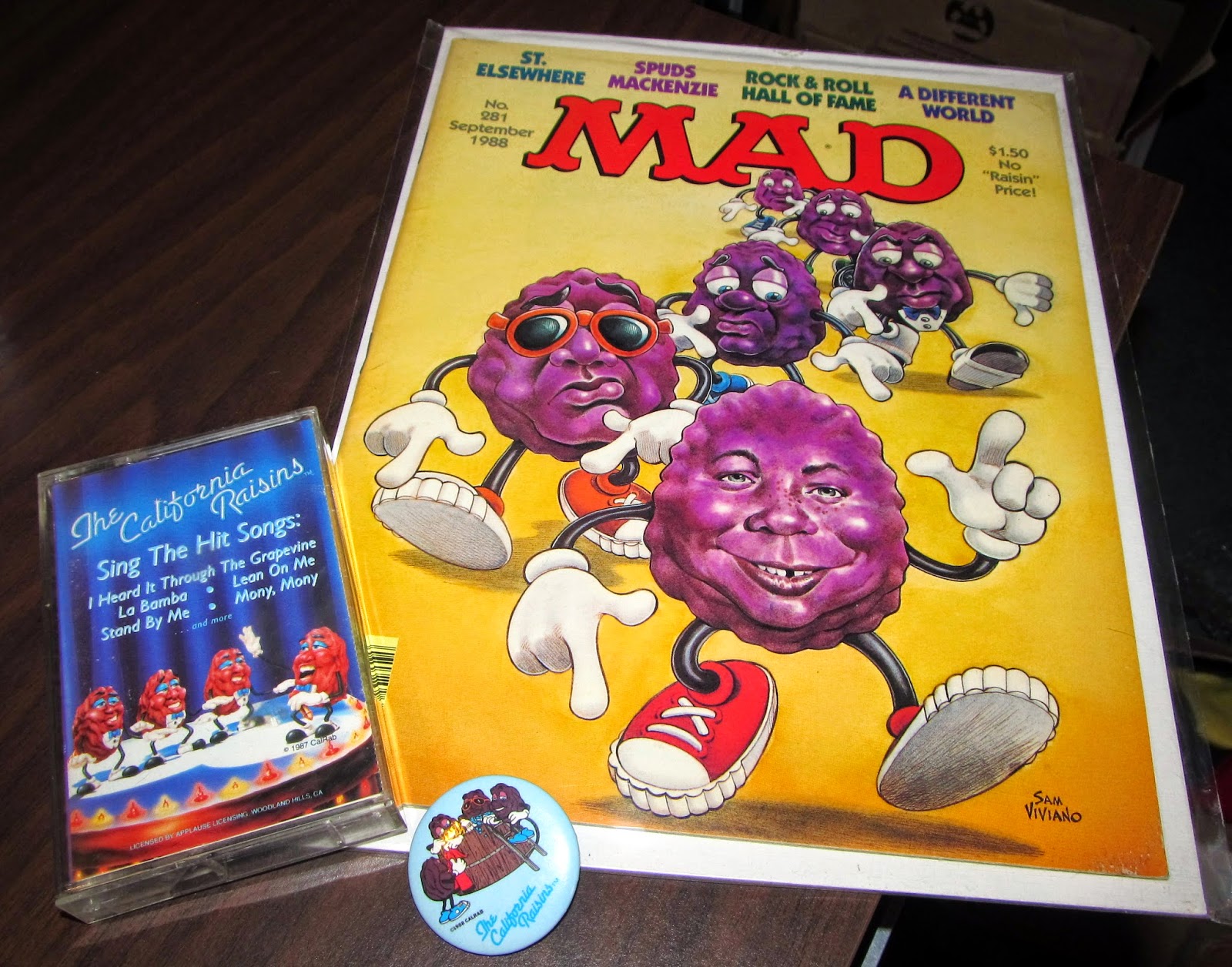 So that was the entire package sent to me by the Trash Man, and as usual, he knows what makes me geek out. I wanted to send a proper thank you out to him, for being such a good friend on top of the cool swag.

Be sure to listen to us, along with our buddies Miss M of the Diary of a Dorkette blog, and Jason Roberts of the Nerdy Life of Mine blog on our fledgling podcast Eclectic Mayhem. At this point we're only a few episodes in, but we make up for it with pure insanity.

Well, that's all I've got for tonight kids! I'll be back soon with some Geeky Goodwill Goodies, so until then, Happy Hunting!
Posted by Derek Ash at 7:42 PM