STOP EVERYTHING!!! I need to tell you guys about something that happened...

Slightly off topic for me on this blog, I want to begin a story of something that happened to me this weekend. Mainly, our weekend was focused on the celebration of Father's Day... but something extraordinary happened while I was home from work on Monday... Let me tell you about it. (And don't ask me any stupid questions about how I got pictures of all this... just roll with it, right?) 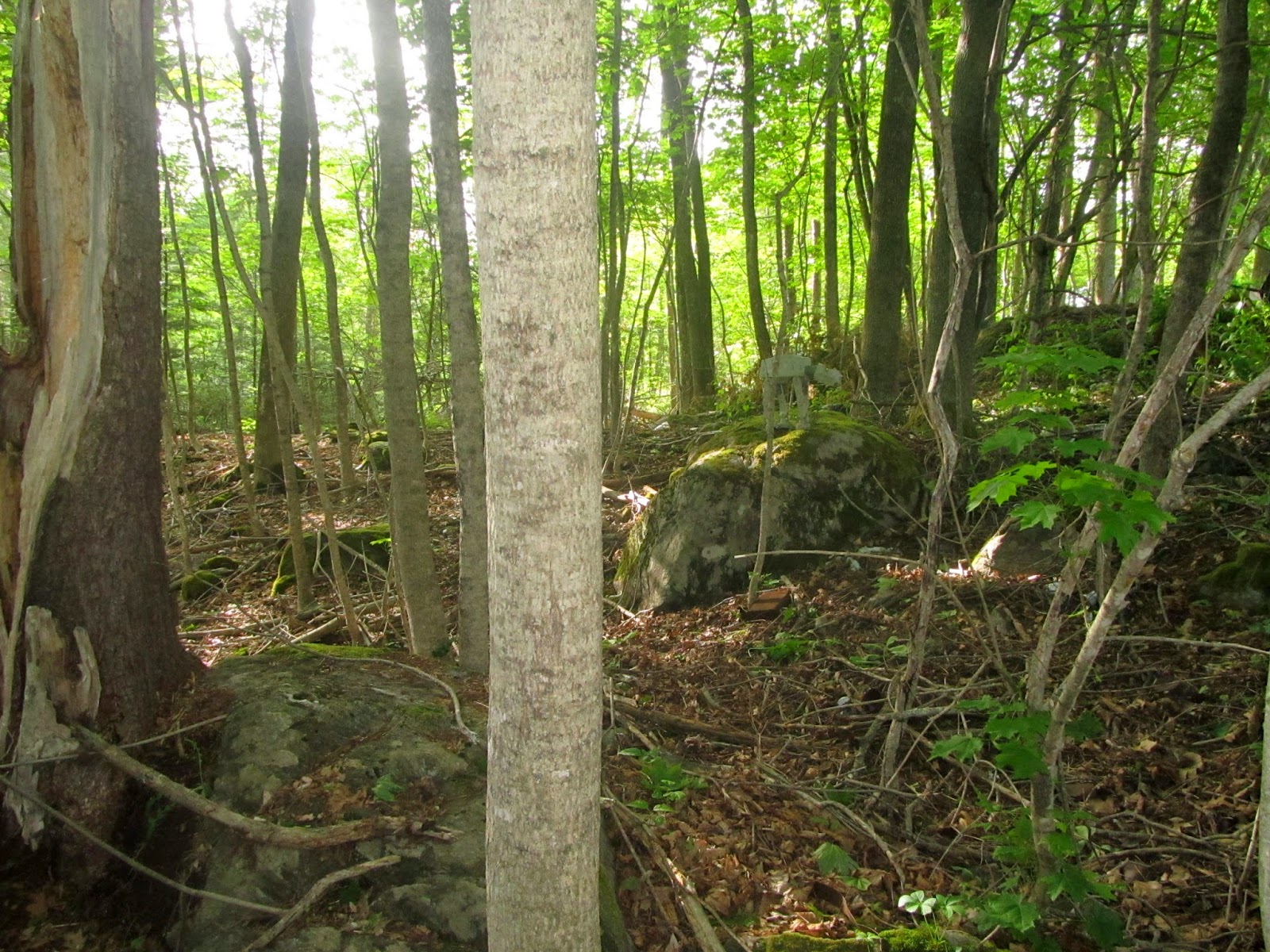 There's been something moving around in the woods for weeks now out back of our house. I assumed it was a raccoon or a porcupine or the smoke monster from LOST. But I was mistaken... If you look very carefully at the picture above you can see the little fella climbing on the rock in the middle of the picture. 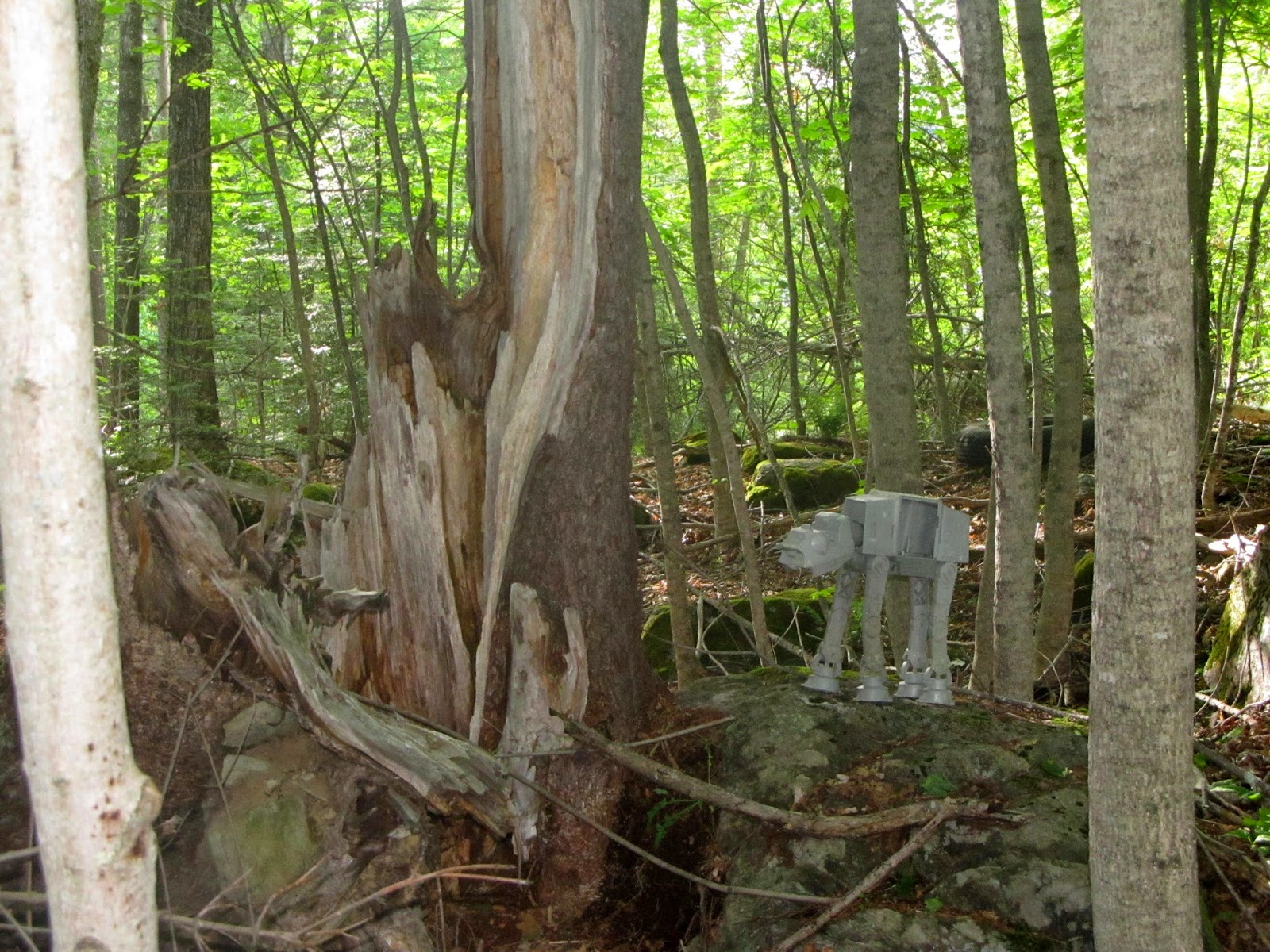 Yes, that's right folks, there's a vintage Star Wars toy AT-AT walker in the woods behind our house. Just walking around like he owns the place. King of the forest. 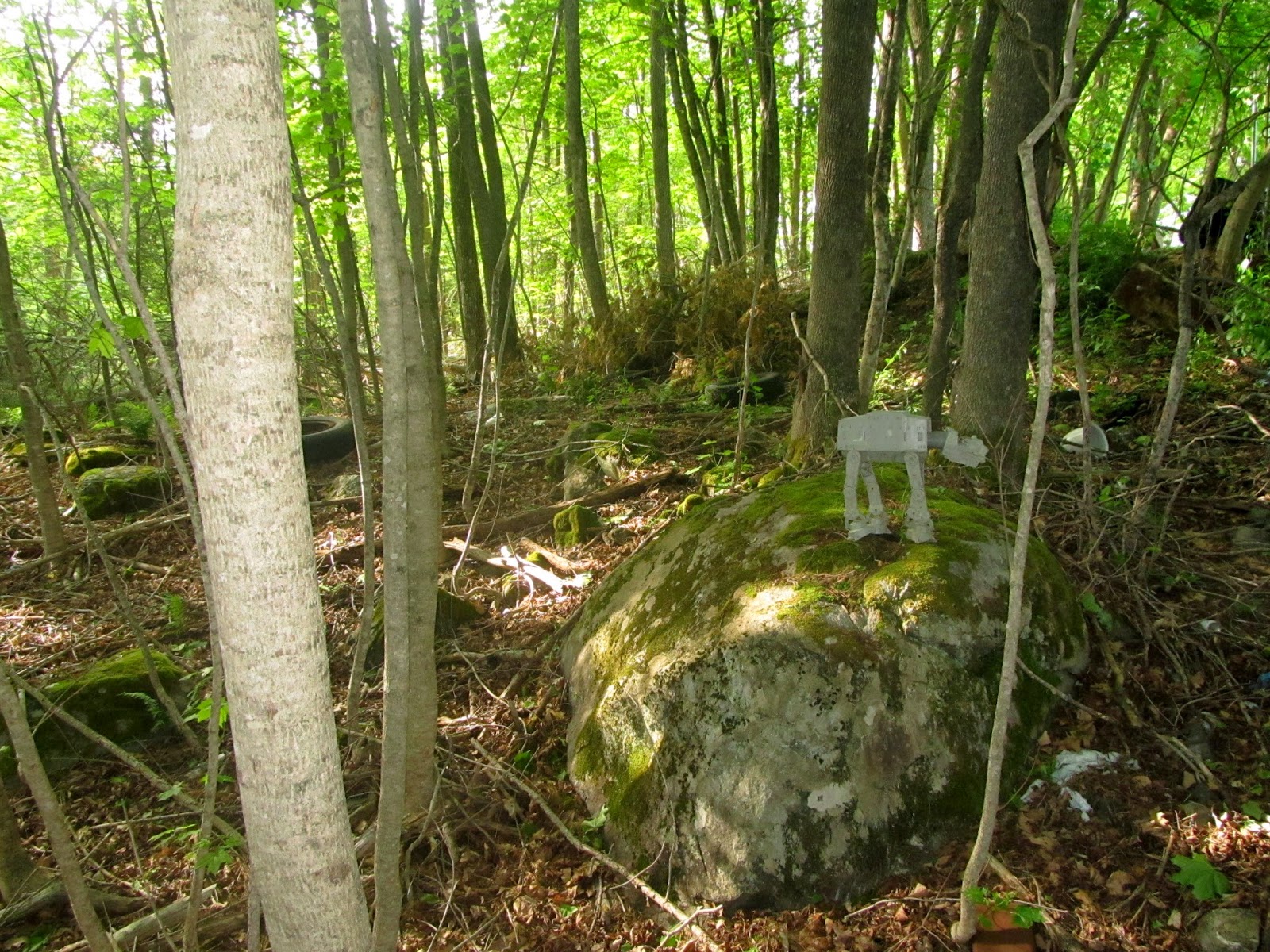 He's got spunk, I'll give him that. 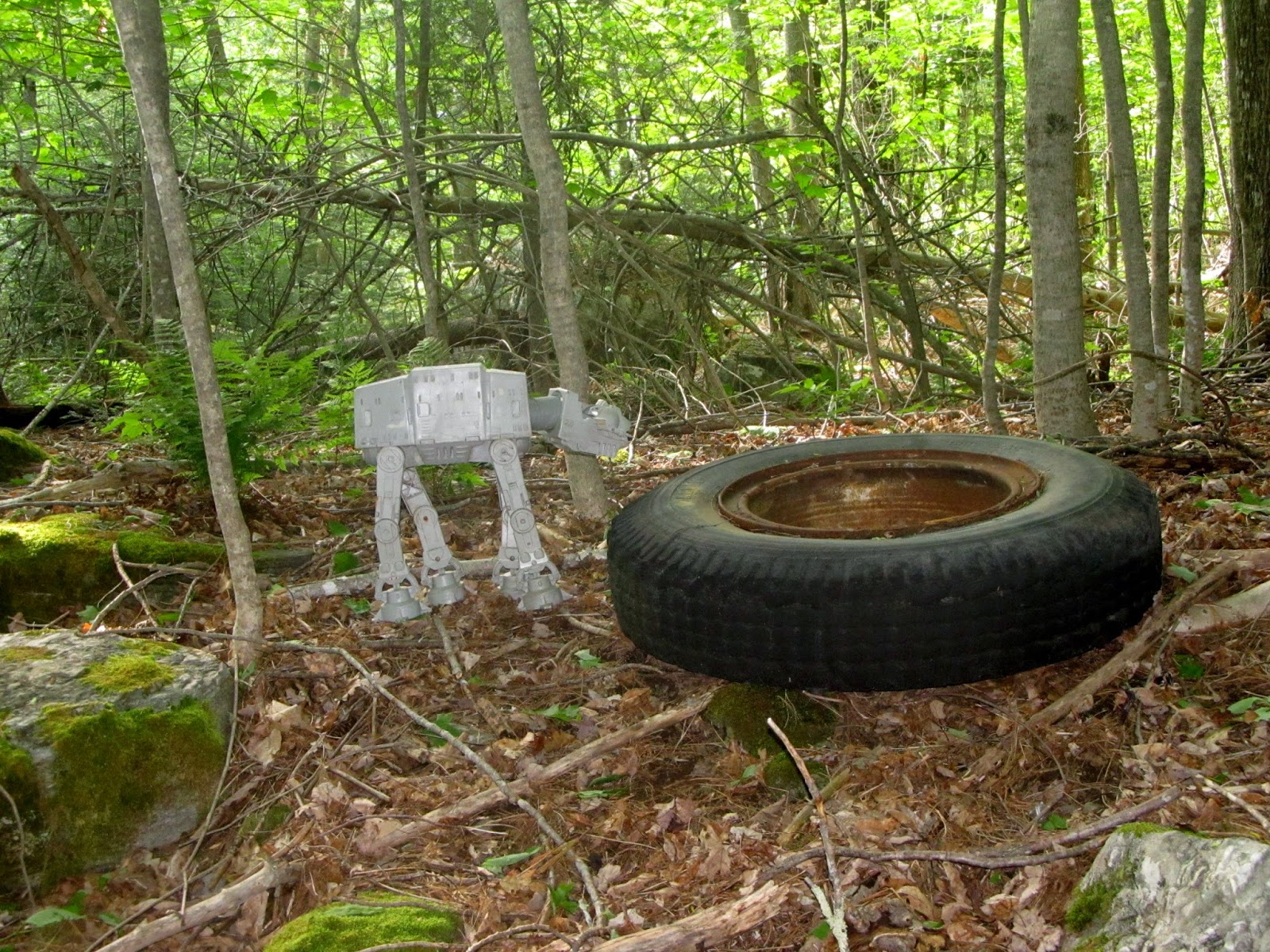 He's a nosy little bugger, that's for sure. 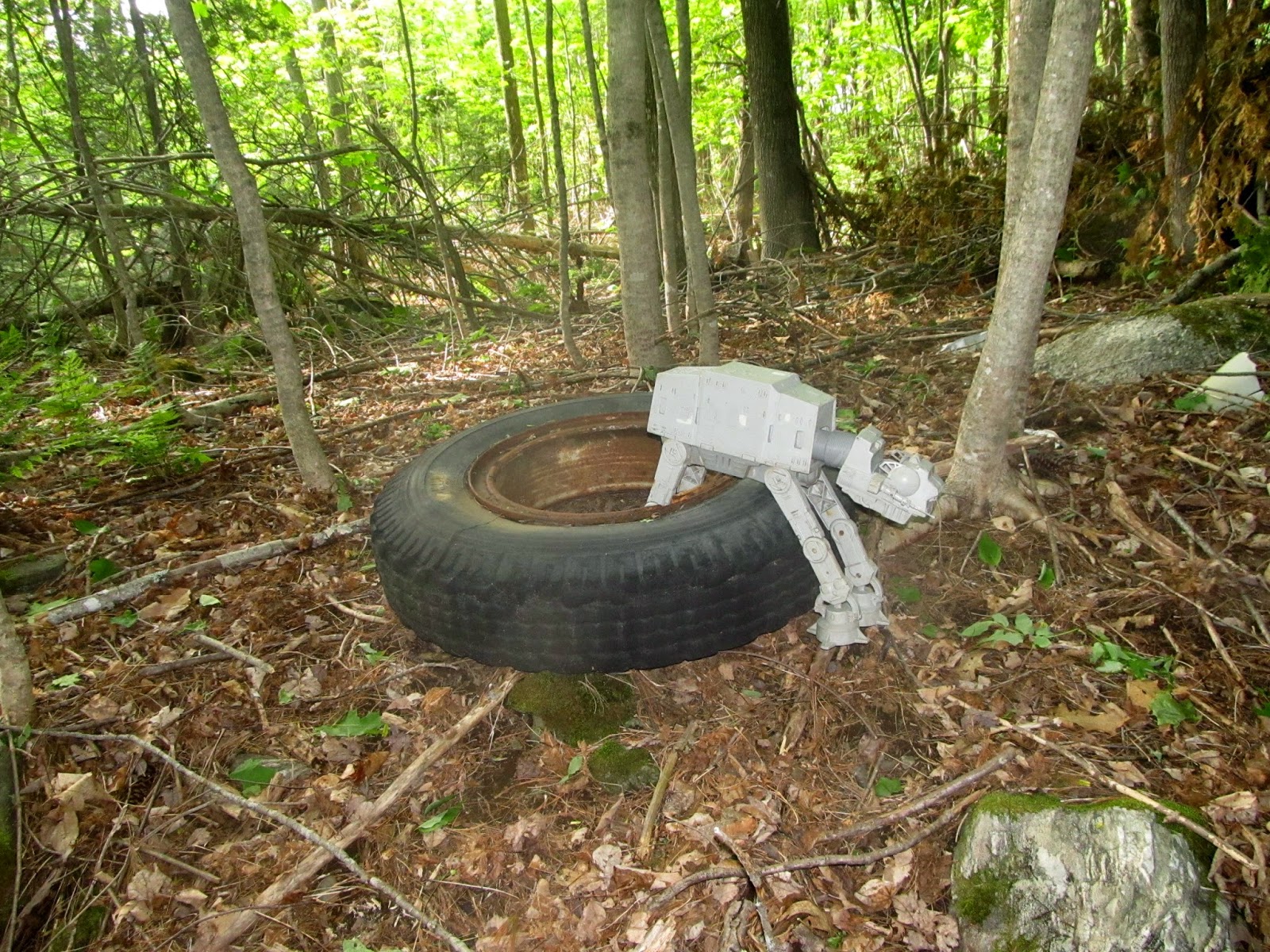 Sometimes that doesn't go so well for him. 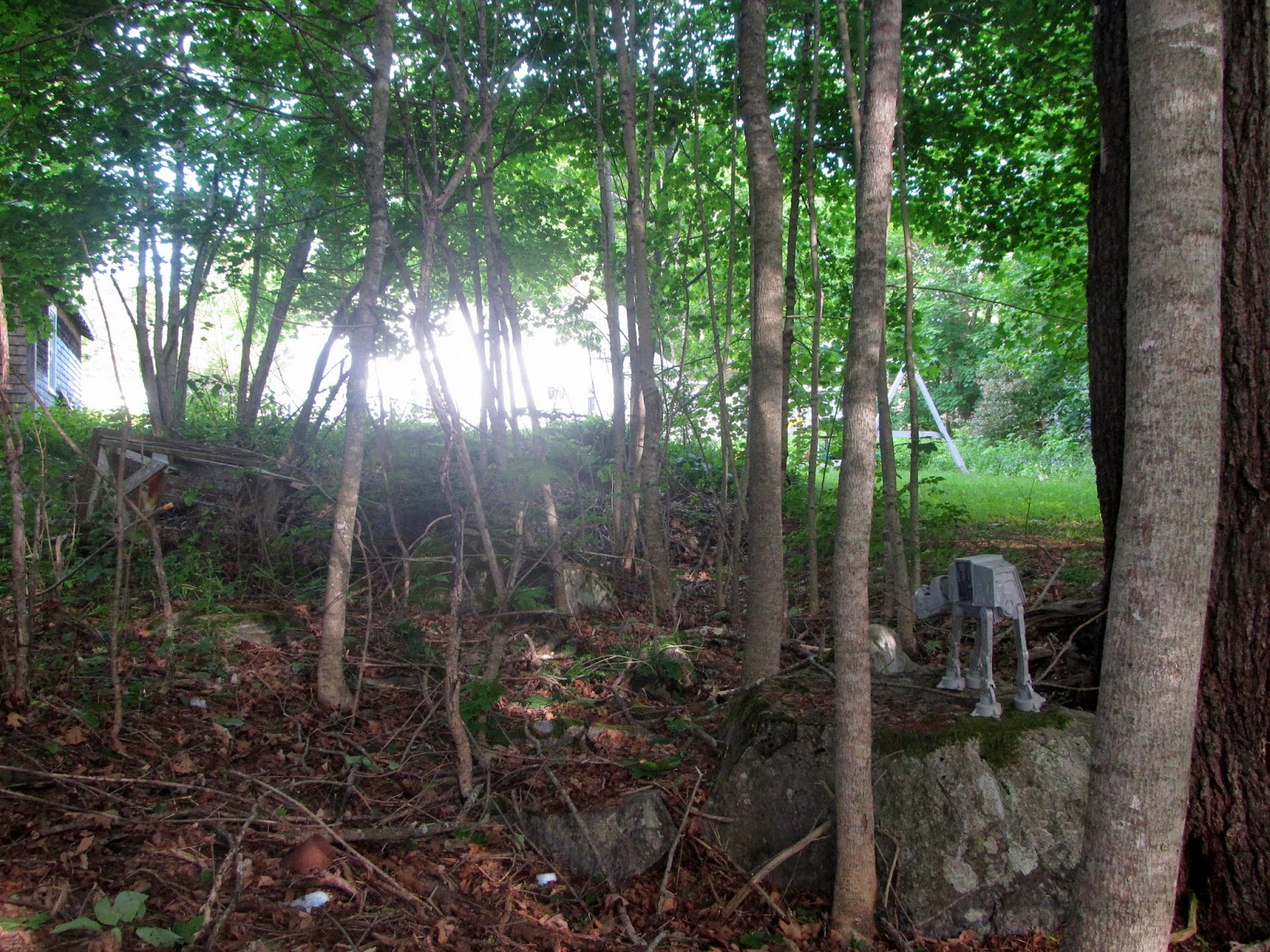 I guess this past Monday he finally decided to check out what that big white shape on the edge of the woods was. 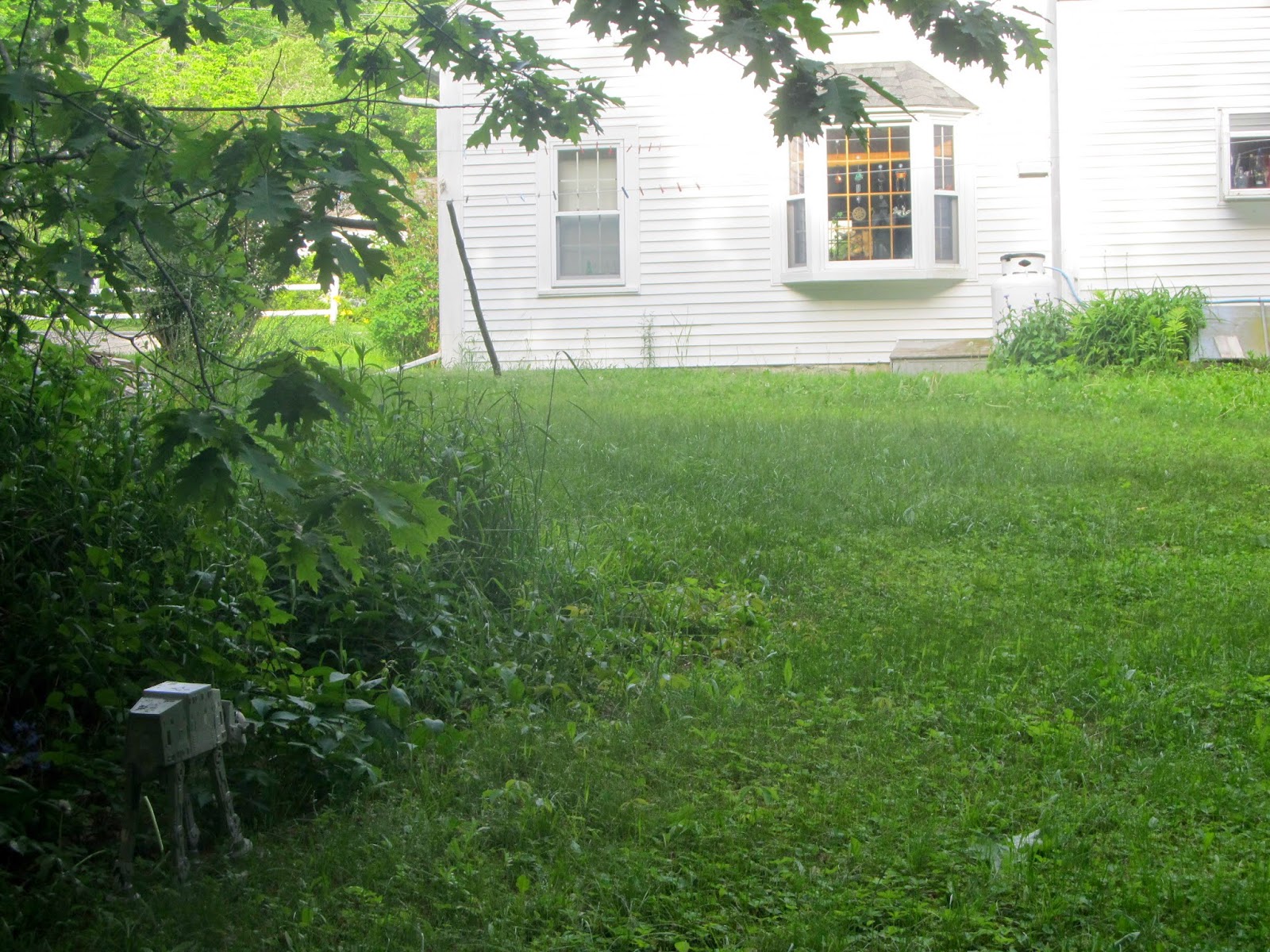 It was probably pretty intimidating at first. 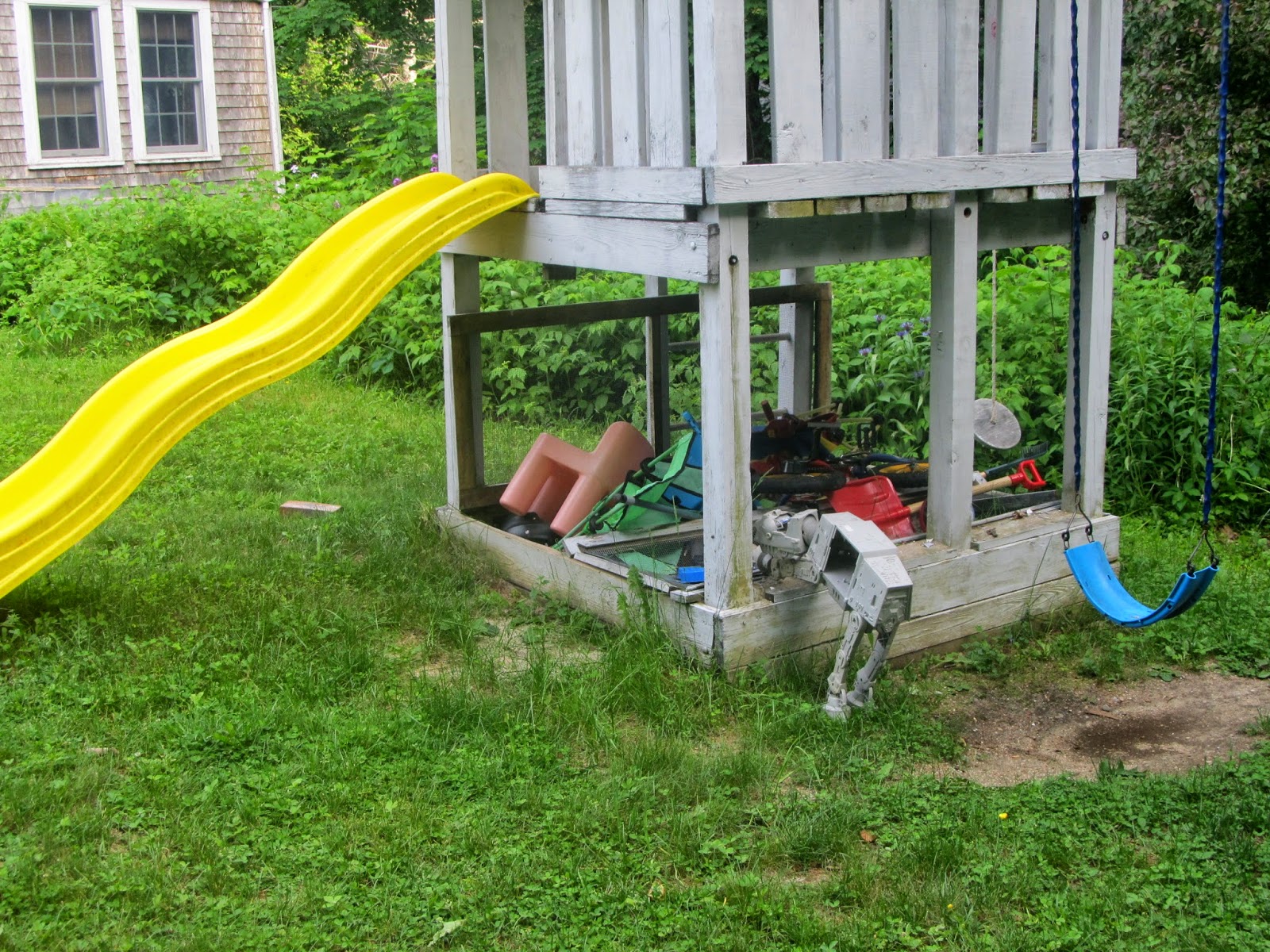 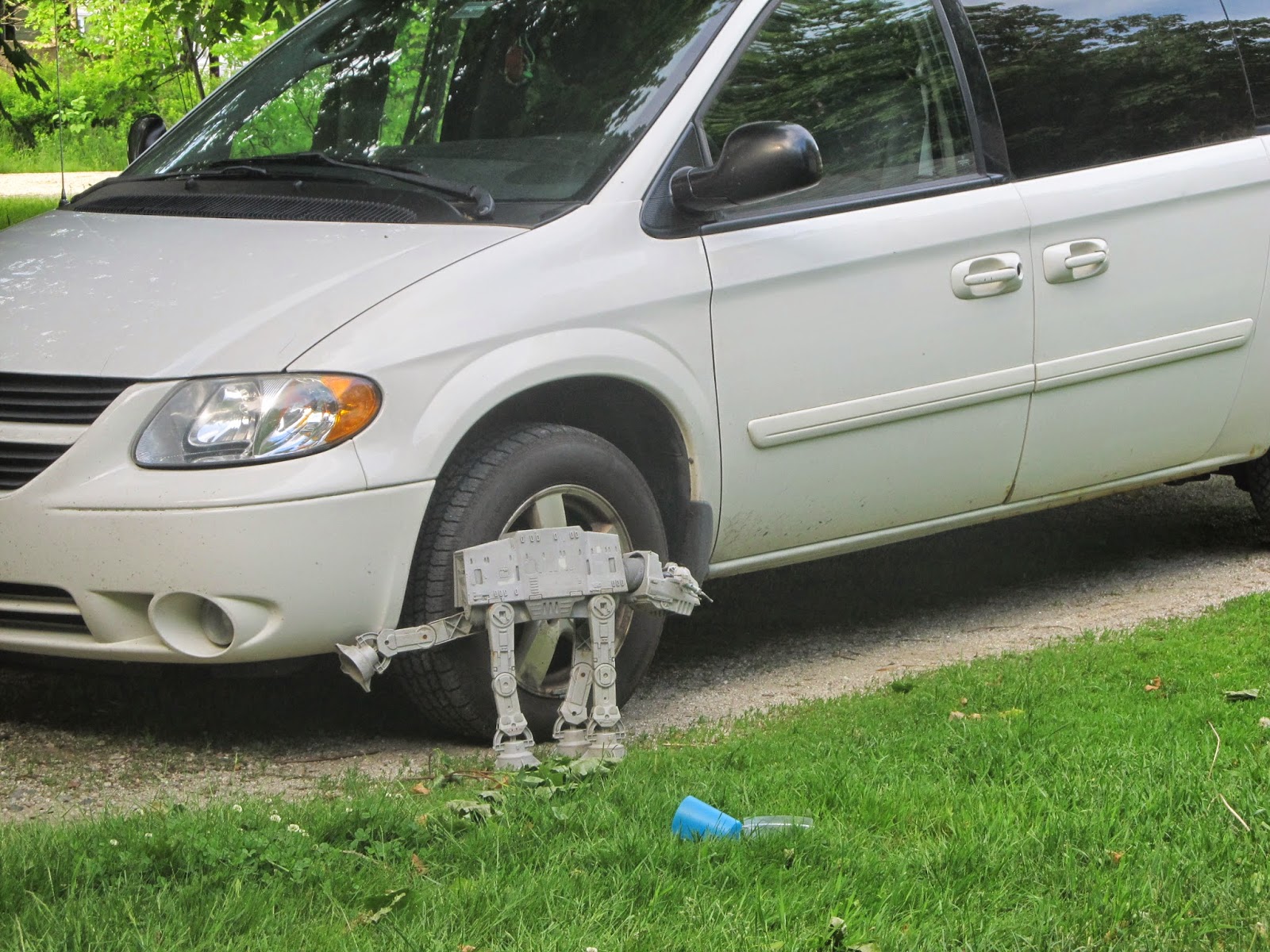 Decided to mark his territory. 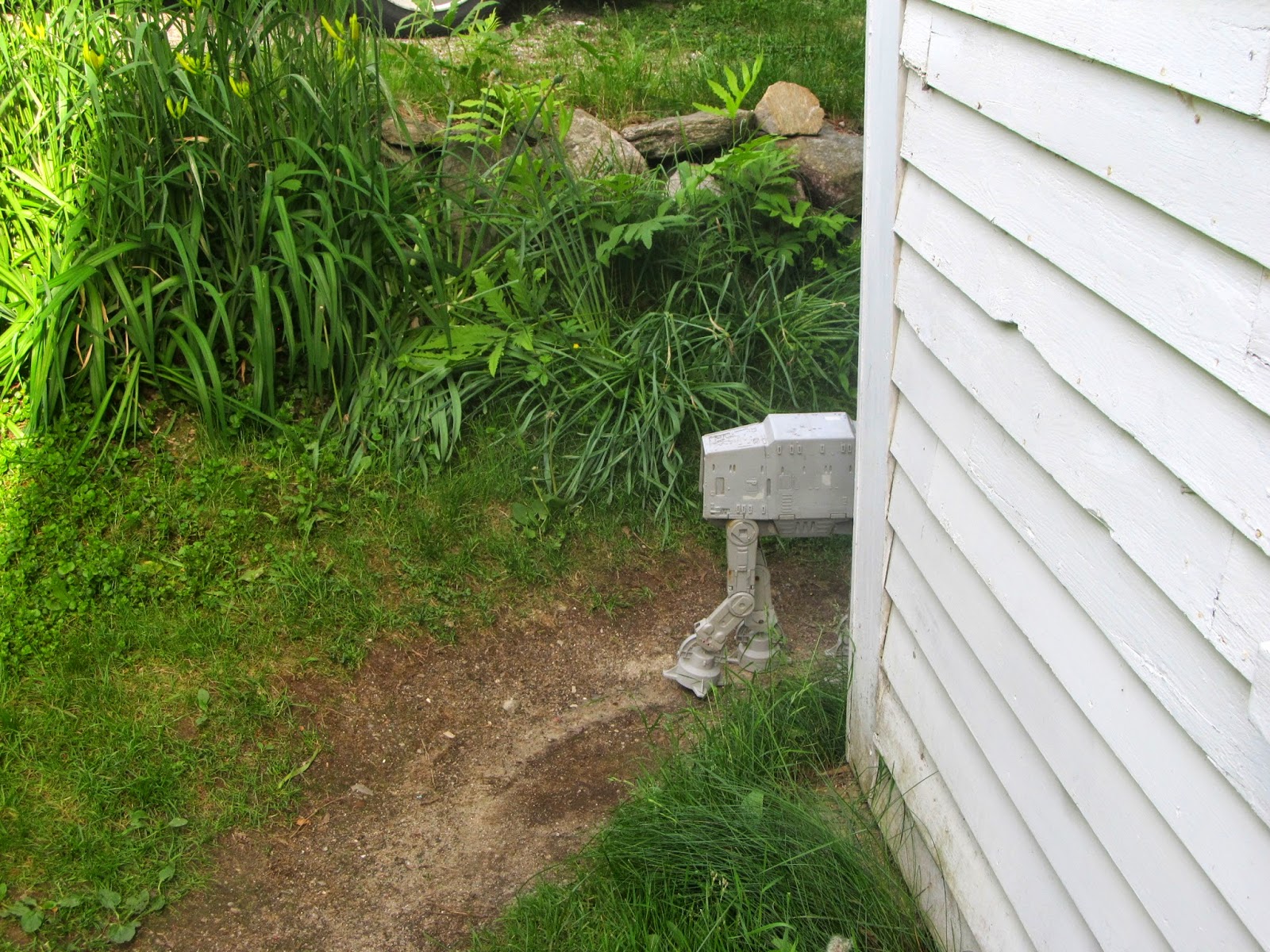 Eventually made his way back around to the front of the house. 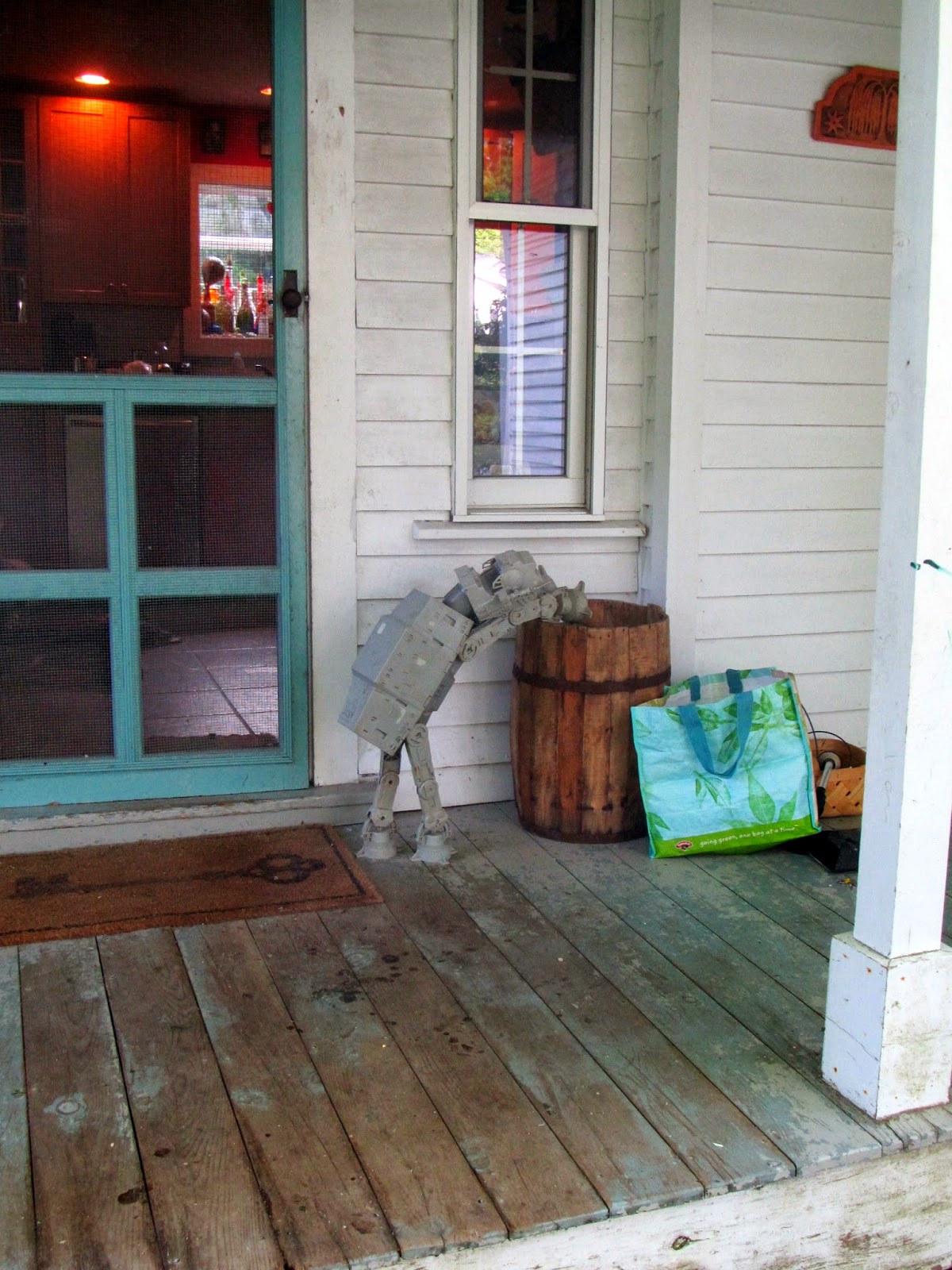 Where he found our returnables barrel. 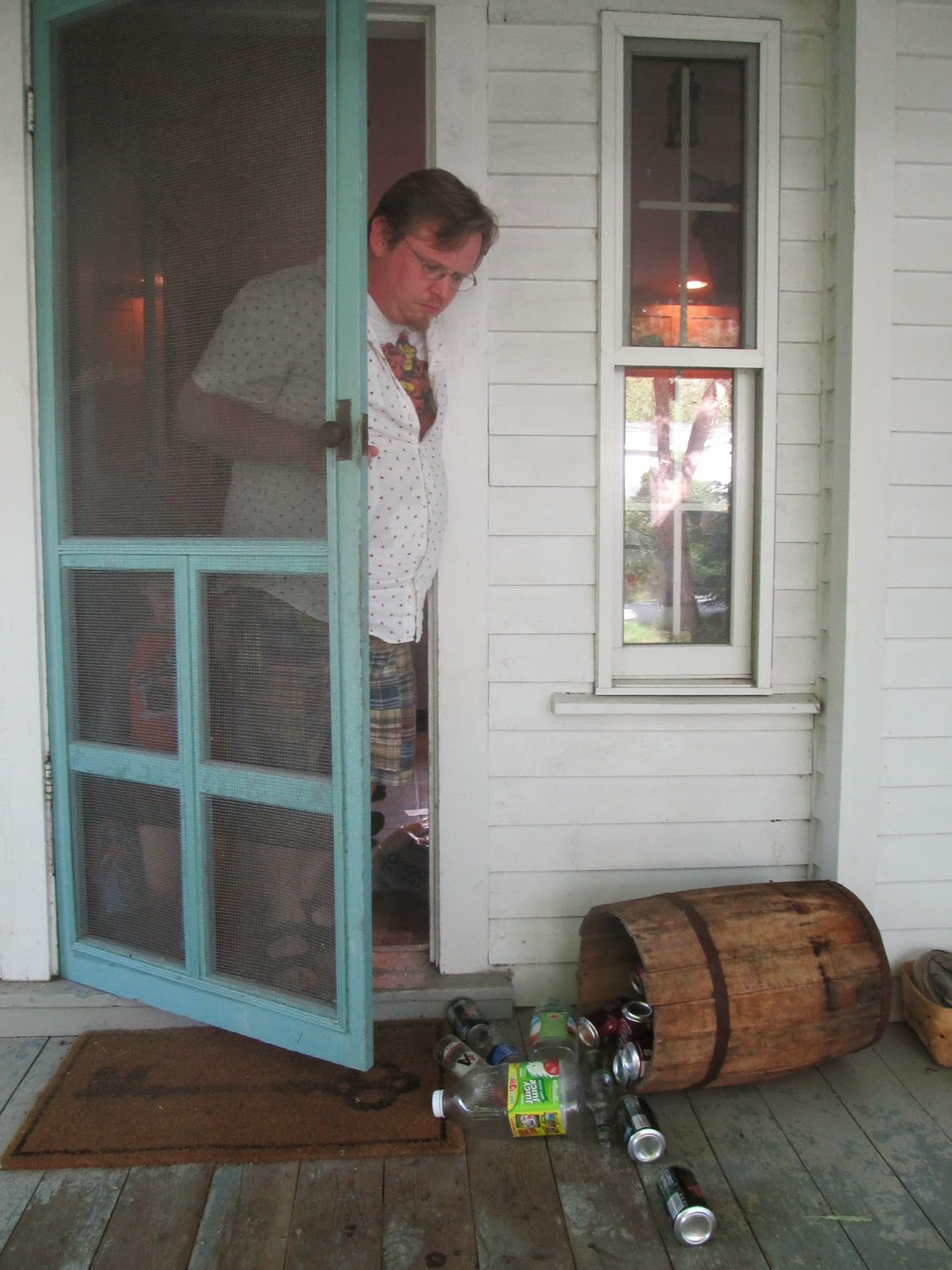 It was at this point that I realized something was around. And from the chew-marks on those aluminum cans, I suspected I knew what it was. I knew just what to put out. 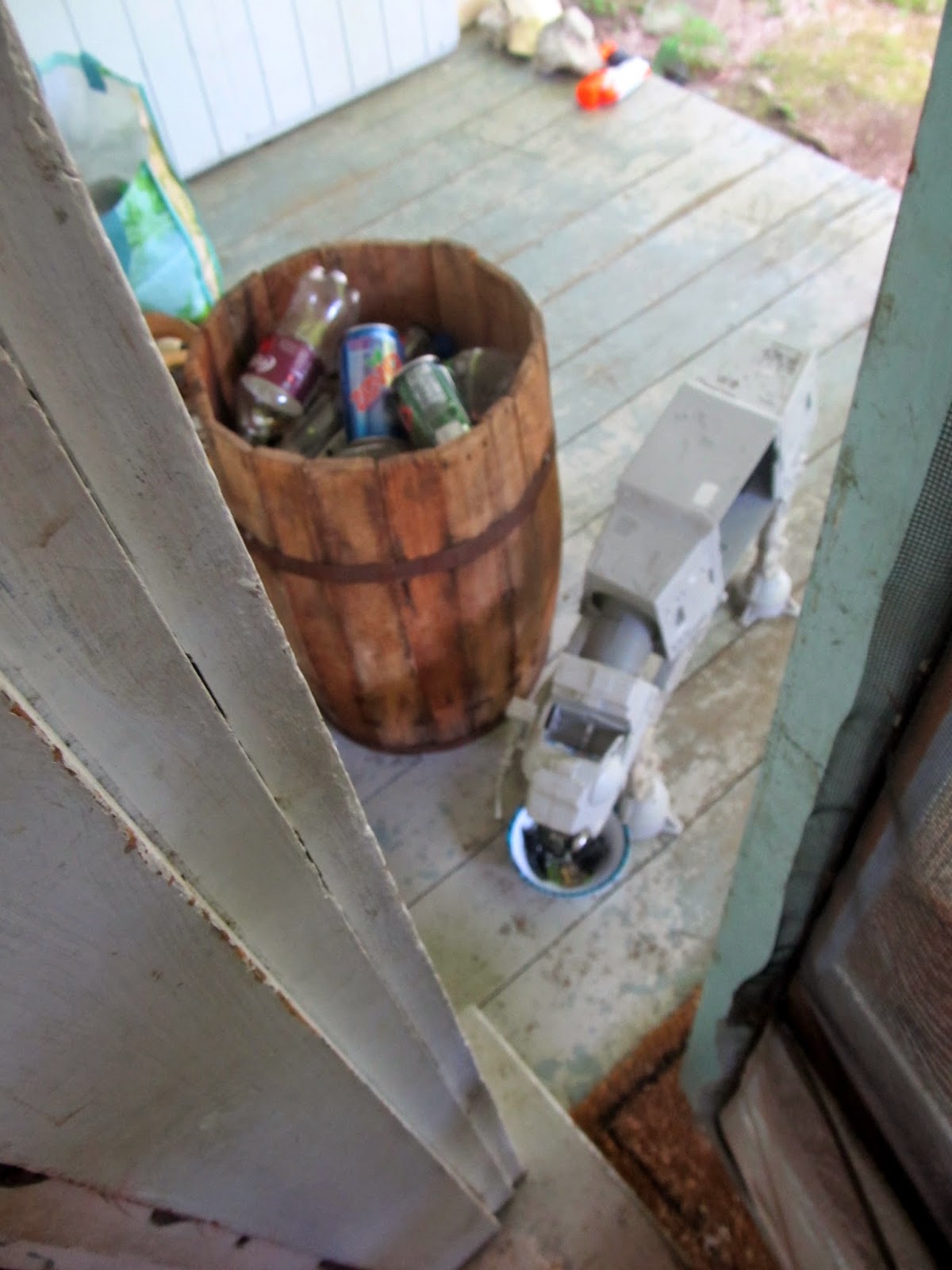 I think I'm gaining his trust. More on this as events unfold.

(And yes, I know something similar was done in a youtube video. I didn't know it until I got all these photographs though... so just let me have my fun.)
Posted by Derek Ash at 7:25 PM

Email ThisBlogThis!Share to TwitterShare to FacebookShare to Pinterest
Labels: 80's Nostalgia, My Pet AT-AT, Old toys, Star Wars, Stuff that comes out of the woods out back of my house