My Son and the AT-AT.

So... remember how I discovered the other day that there was a vintage Star Wars AT-AT toy living in the woods out back of our house? Well... I posted this image on Instagram last night: 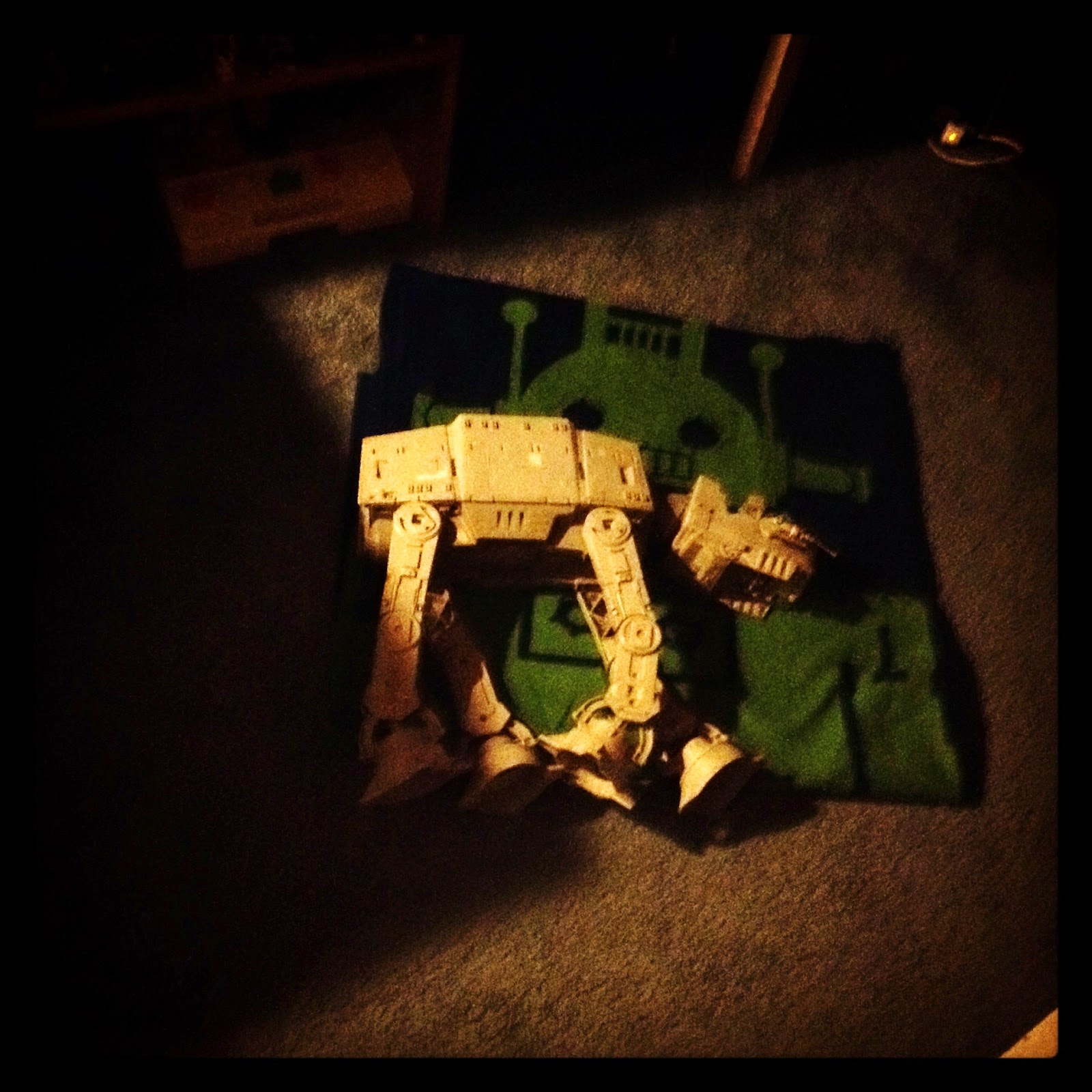 Because... YOU GUYS I GOT HIM TO COME INSIIIIIDE!!! And well... it didn't take long for my 5 year-old to discover him the next morning. 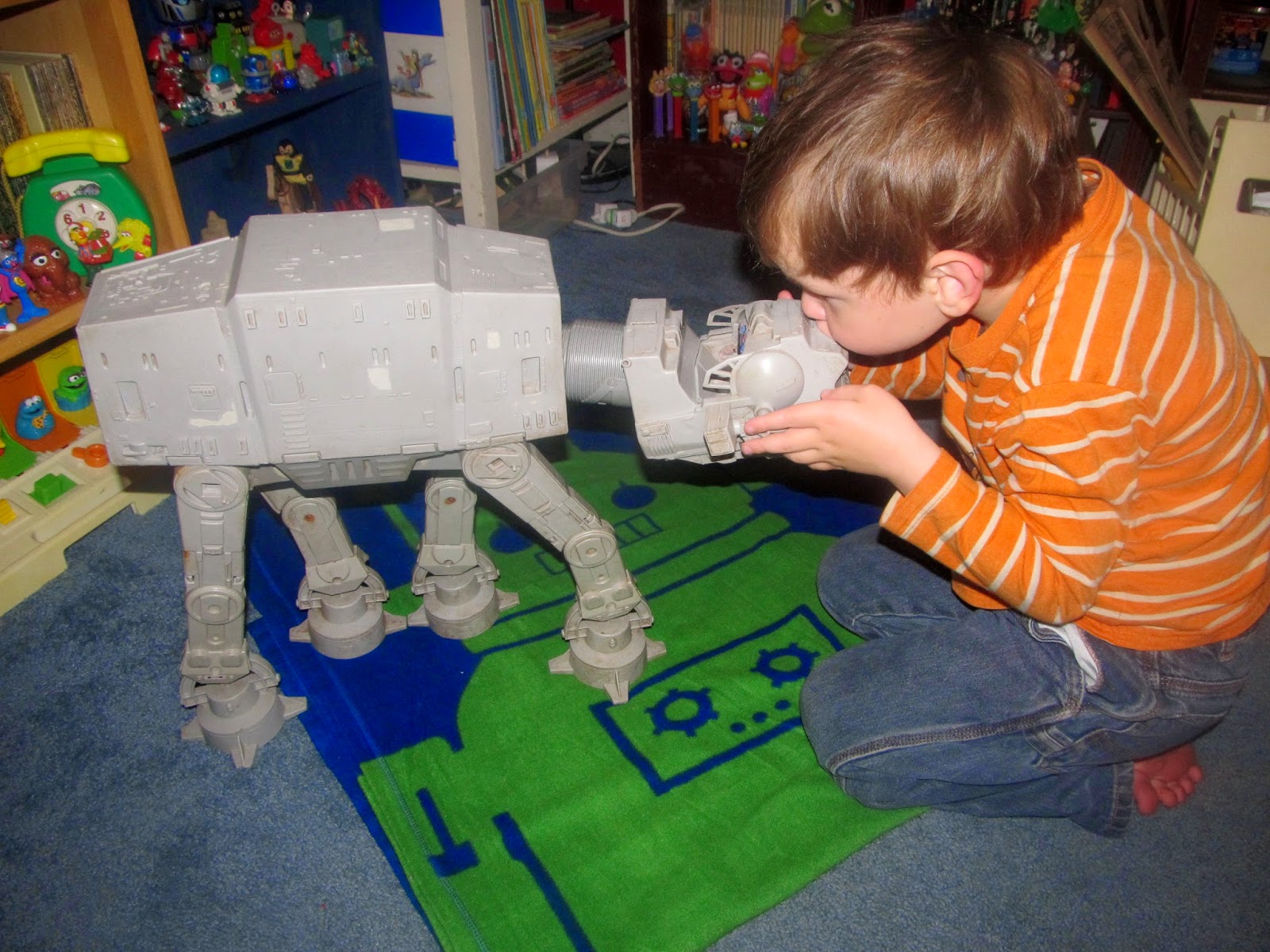 Wasn't sure I wanted my son kissing the AT-AT, as he's pretty filthy... but I didn't freak out and stop him. It was funny seeing the both of them so immediately start playing. The AT-AT took to my son immediately, and vice versa. 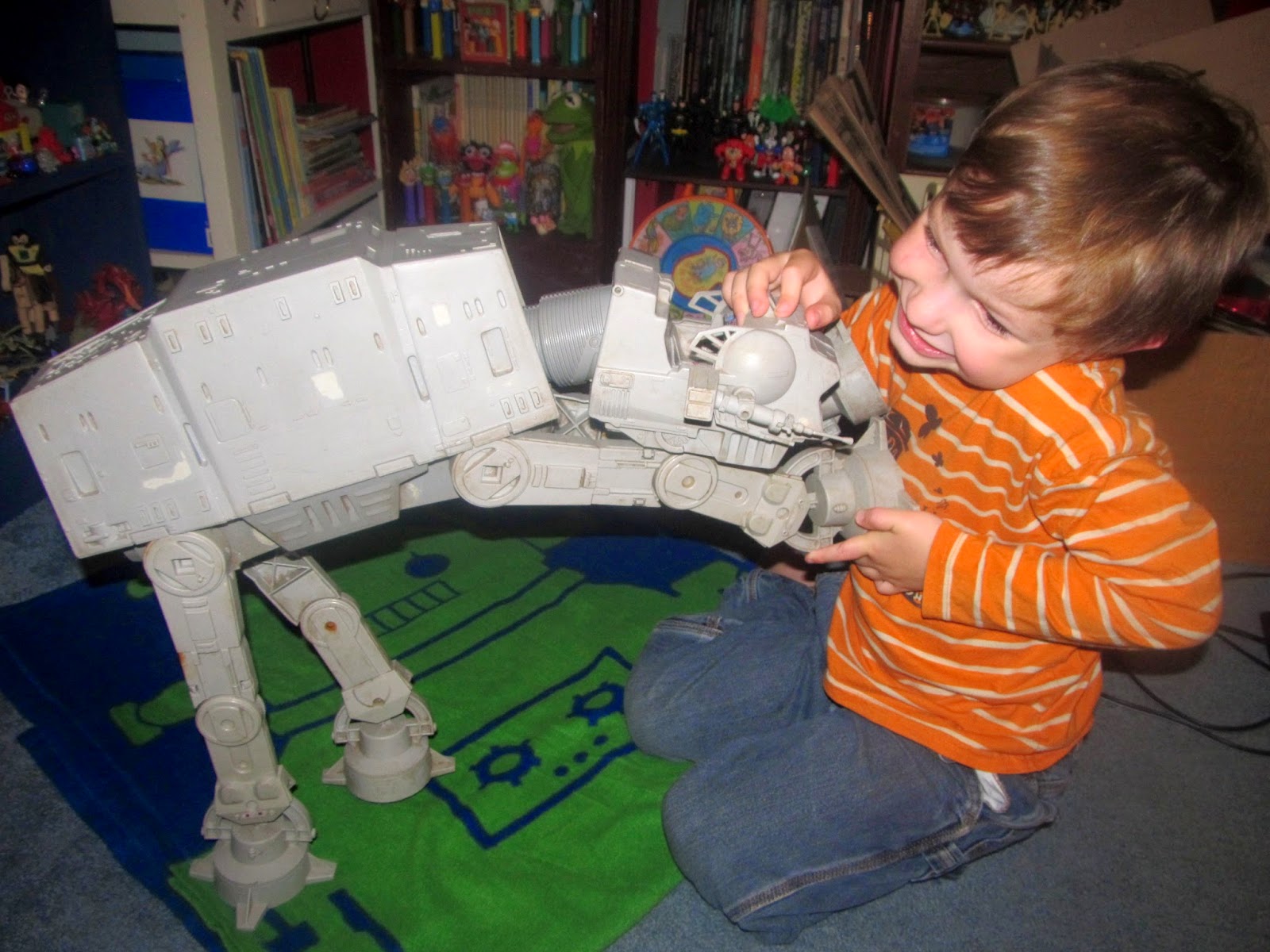 The AT-AT kept trying to lick him. And since my son is INSANELY ticklish... this went over about as well as you'd think: 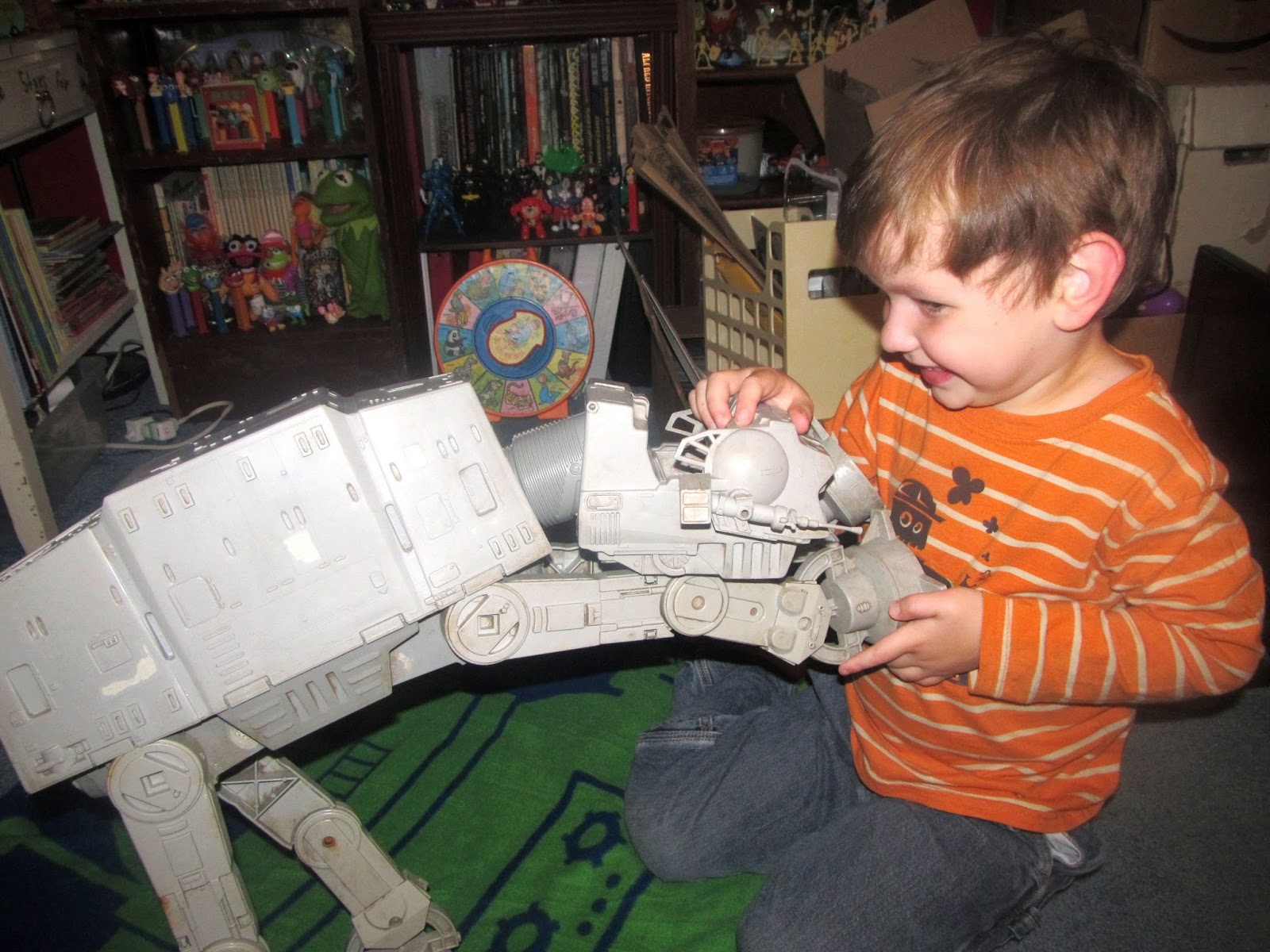 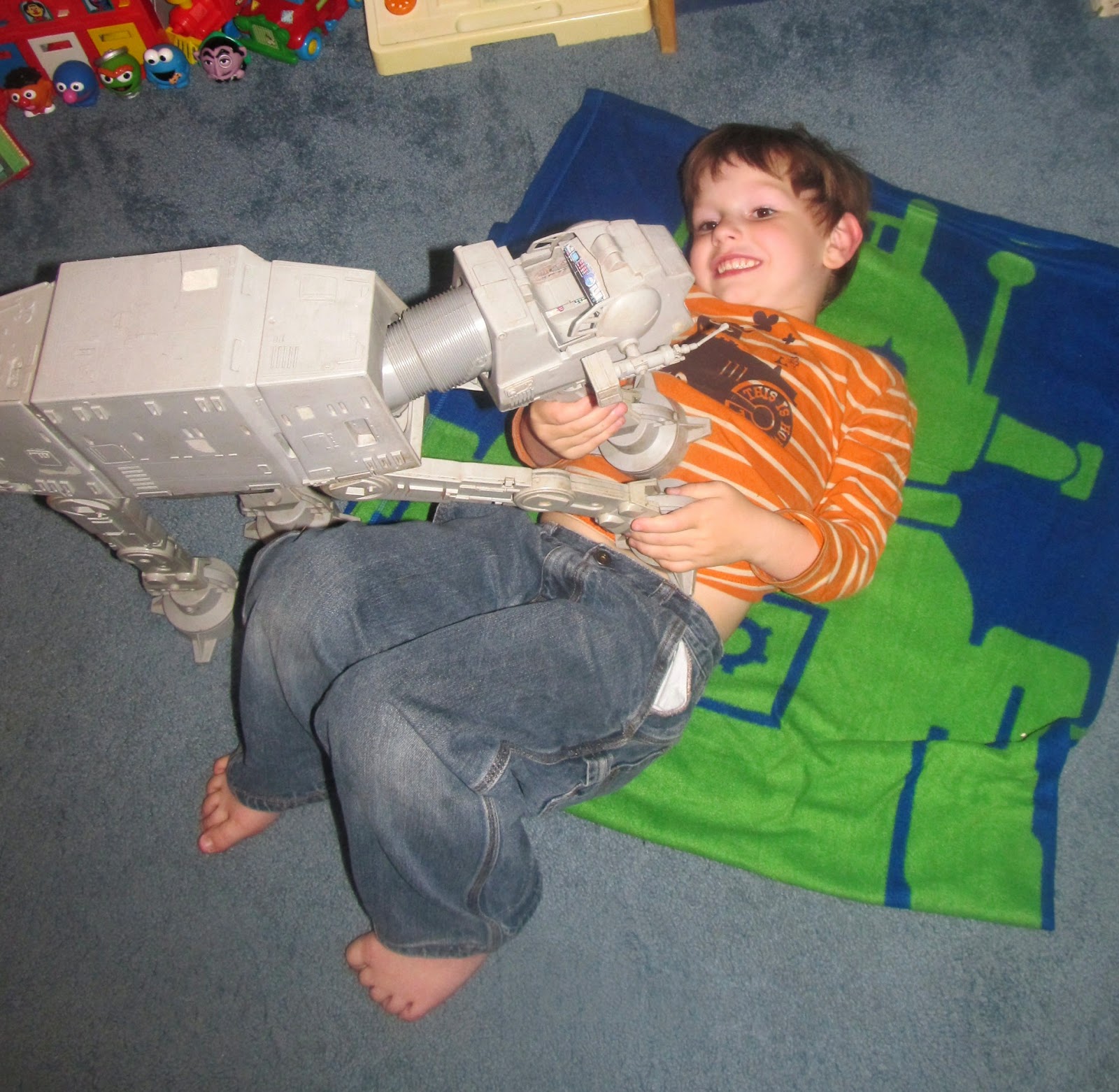 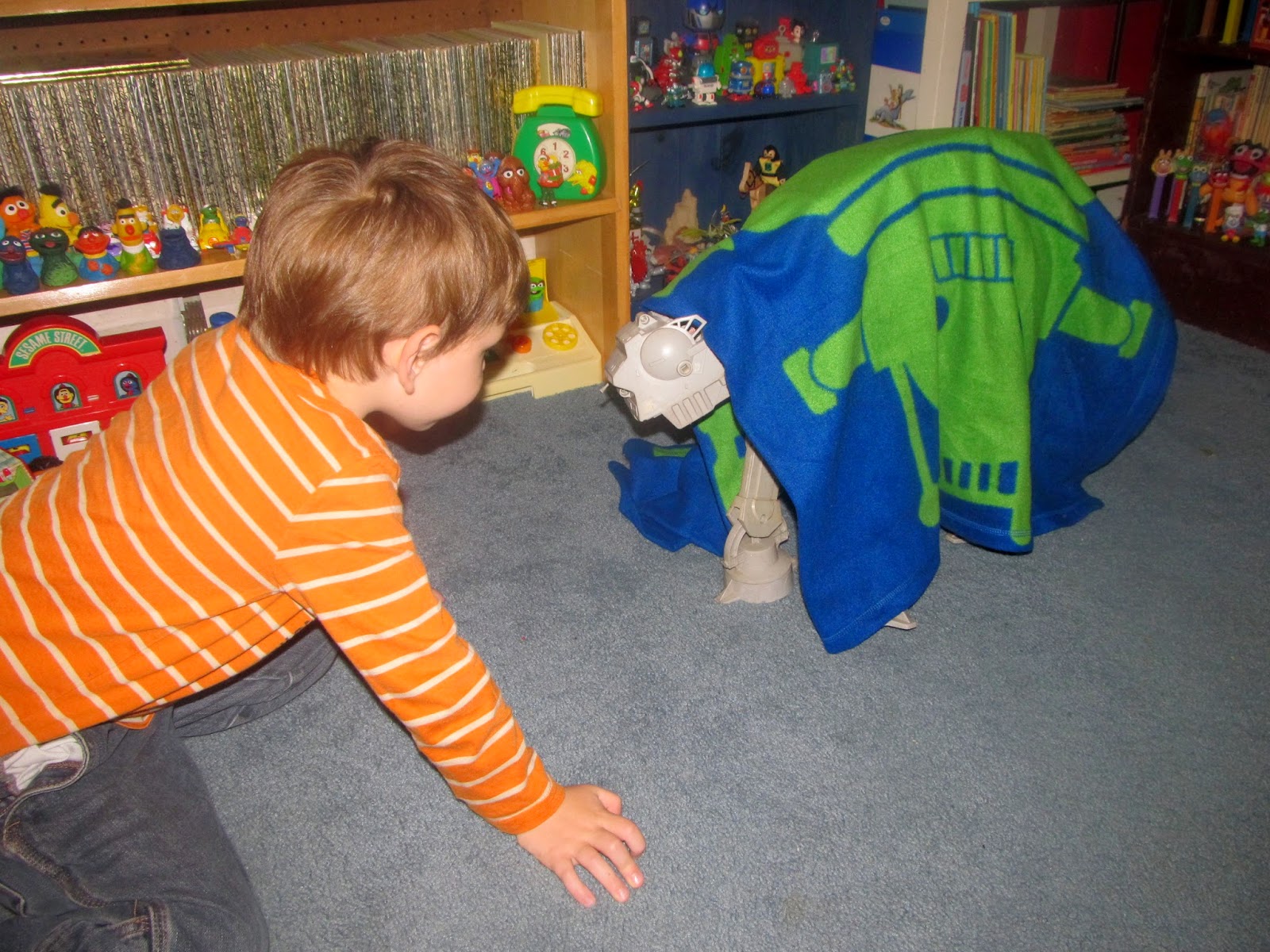 I have no idea what is even happening here. But I know they were having a TON of fun. 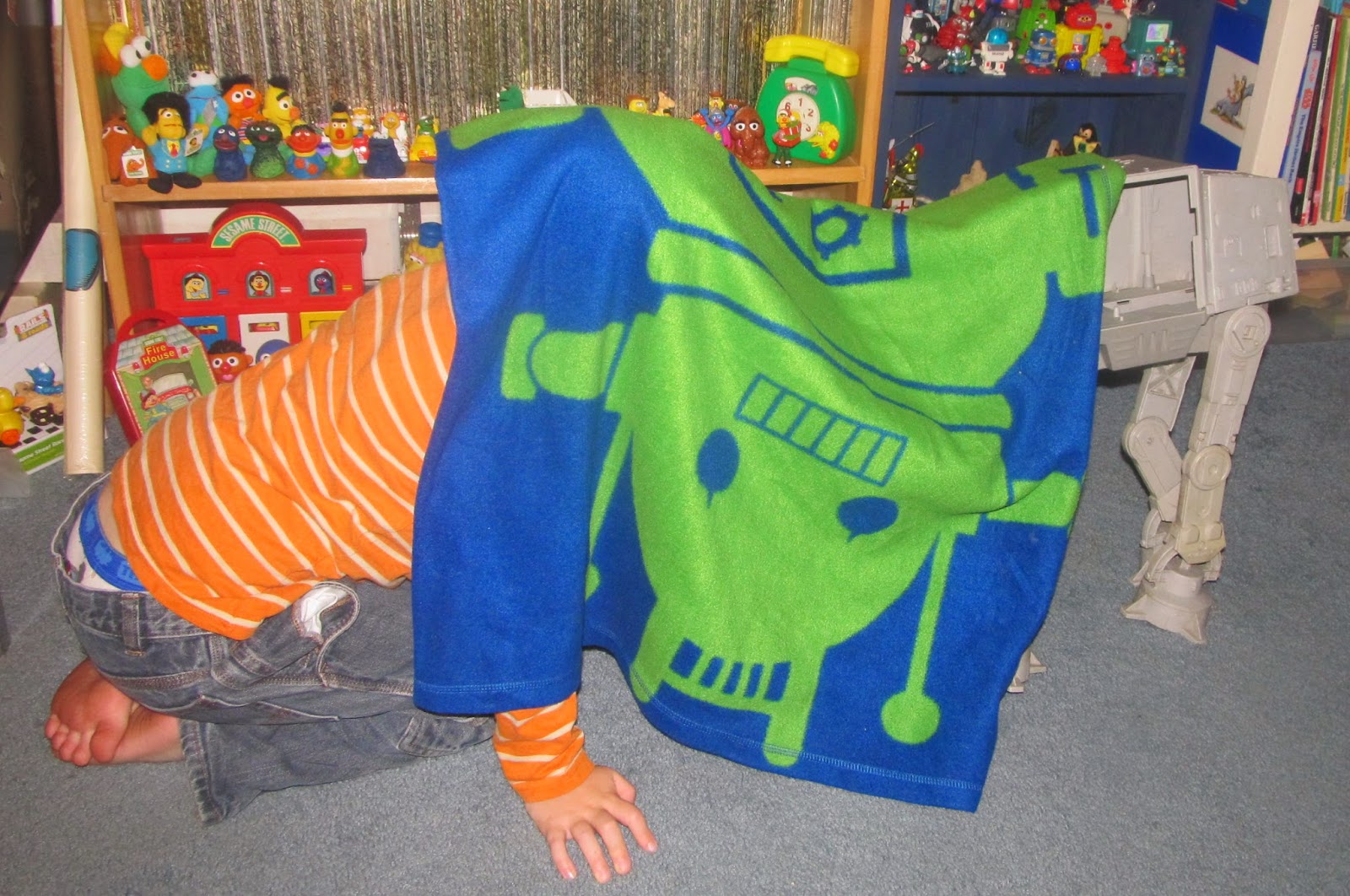 All I could hear was insane giggling and little metallic snuffling noises. 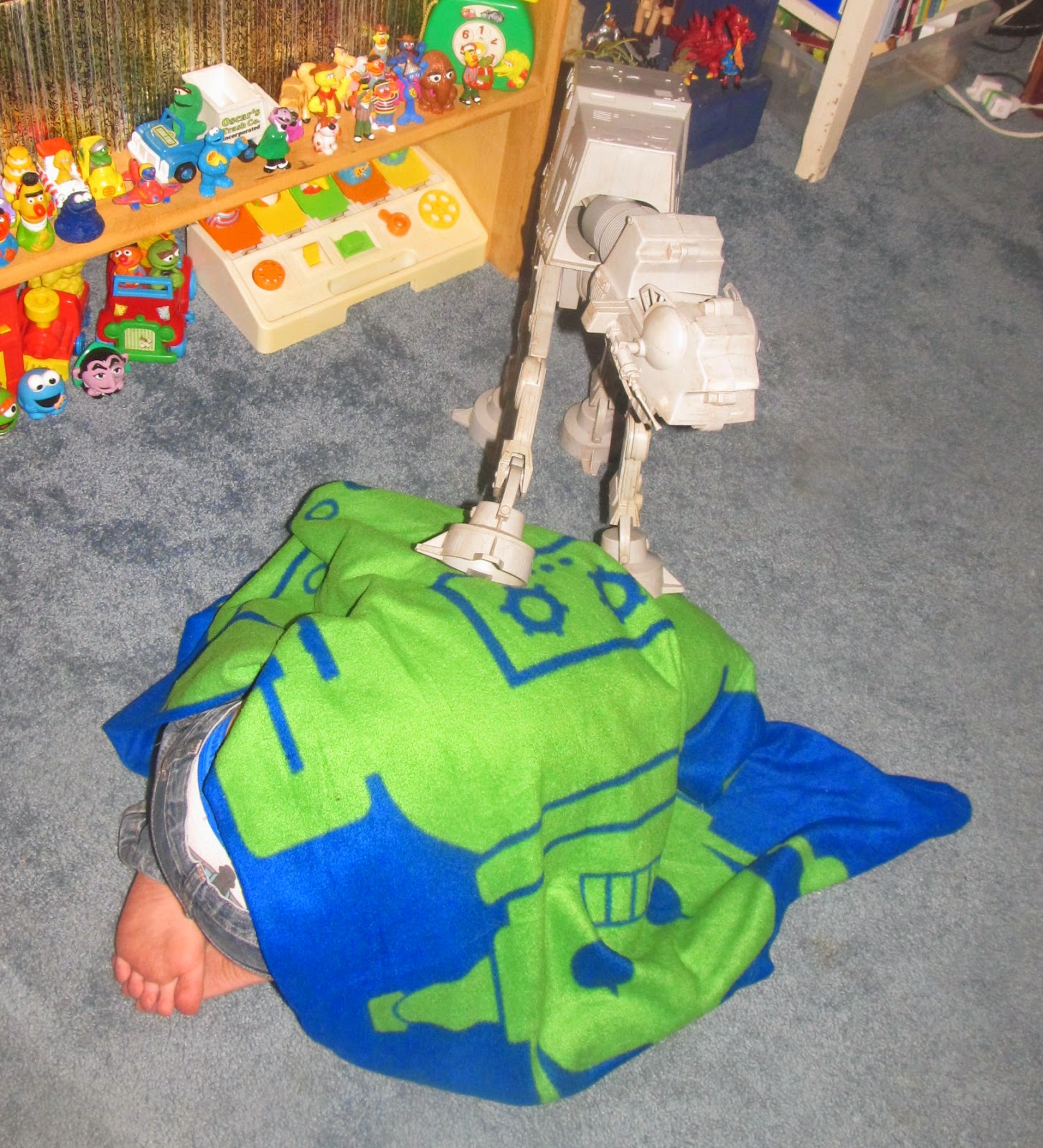 The AT-AT just seemed genuinely bewildered as to where my son had disappeared off to. 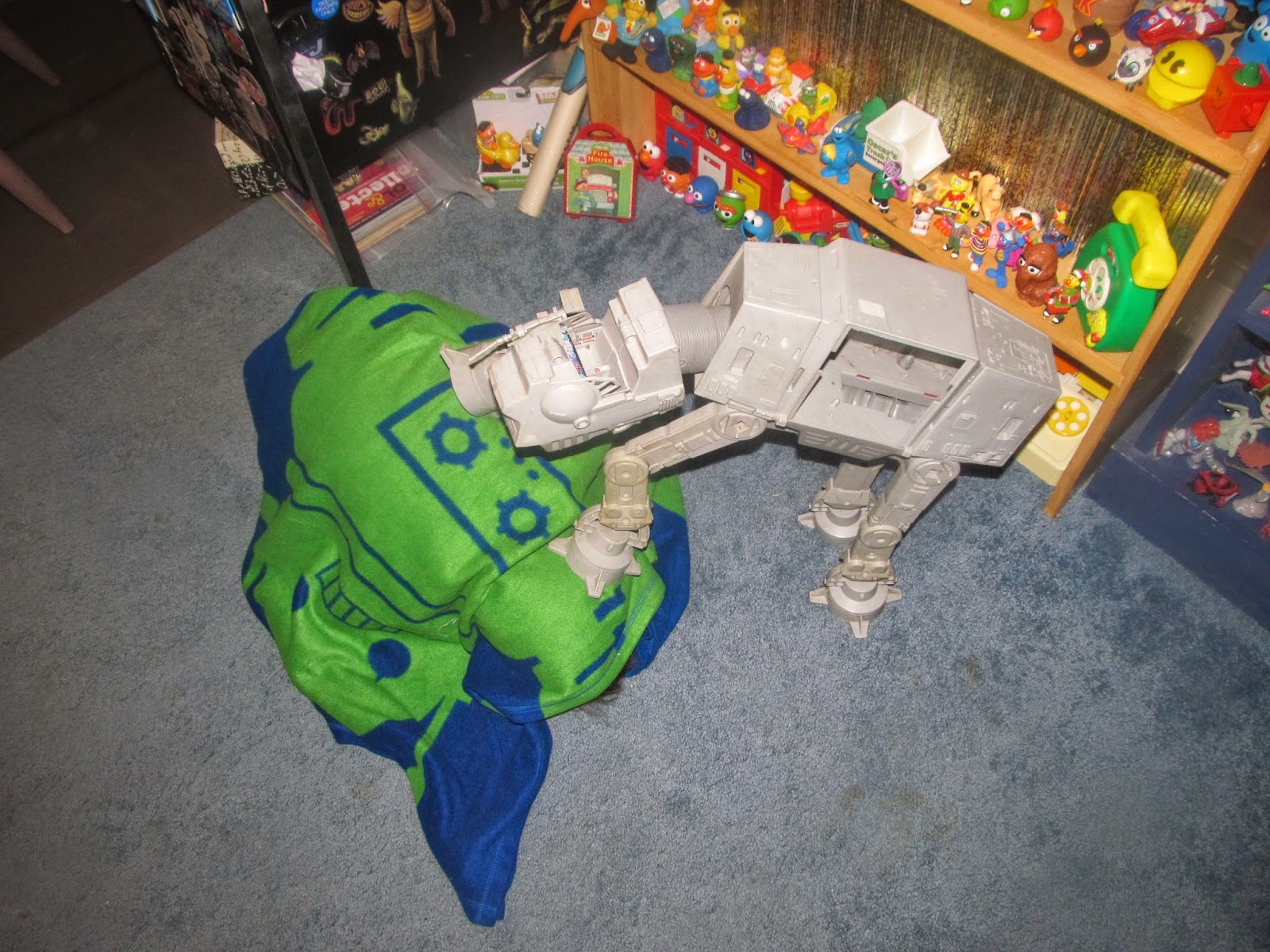 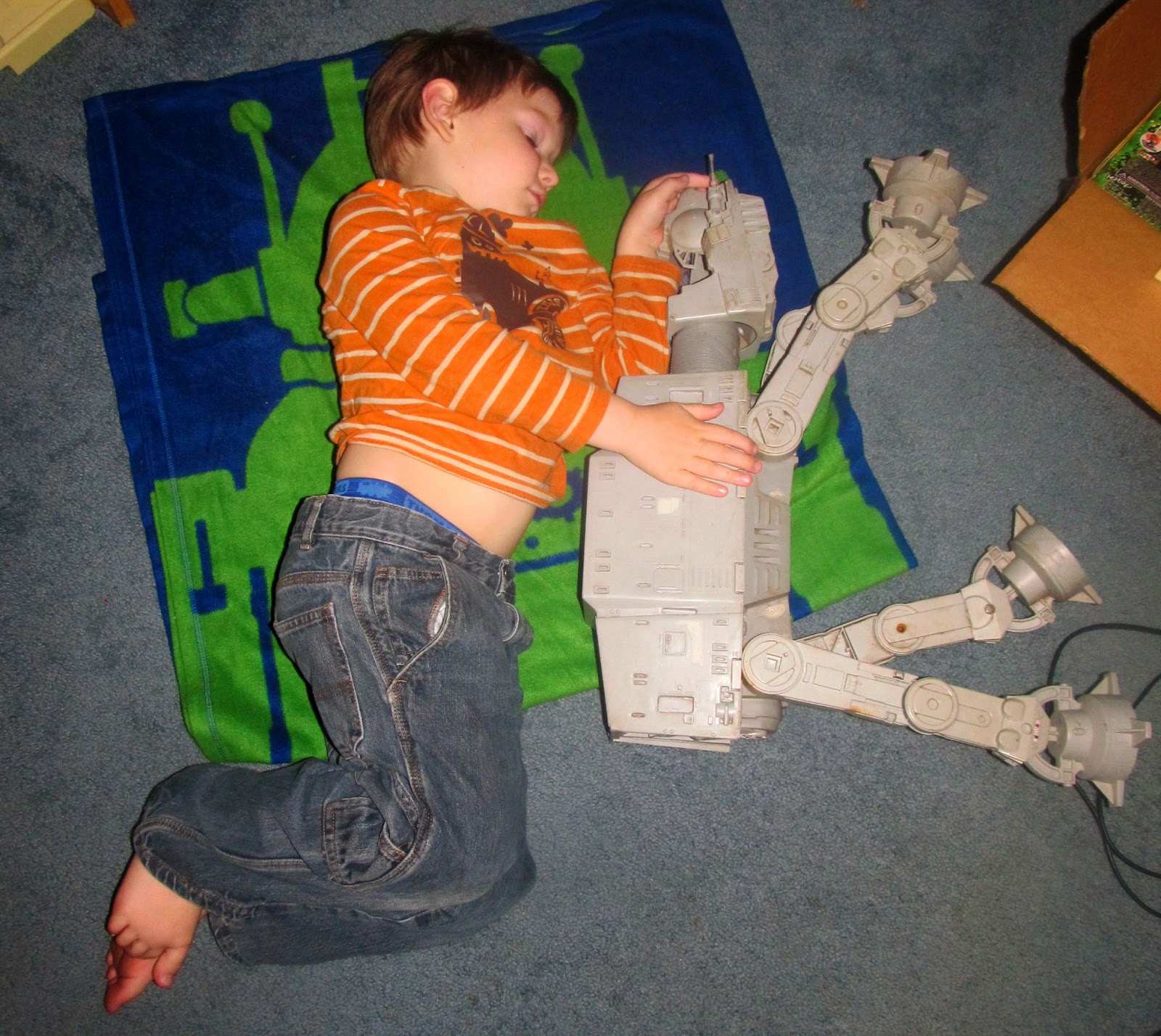 And then, as fast as it had begun, they were asleep. 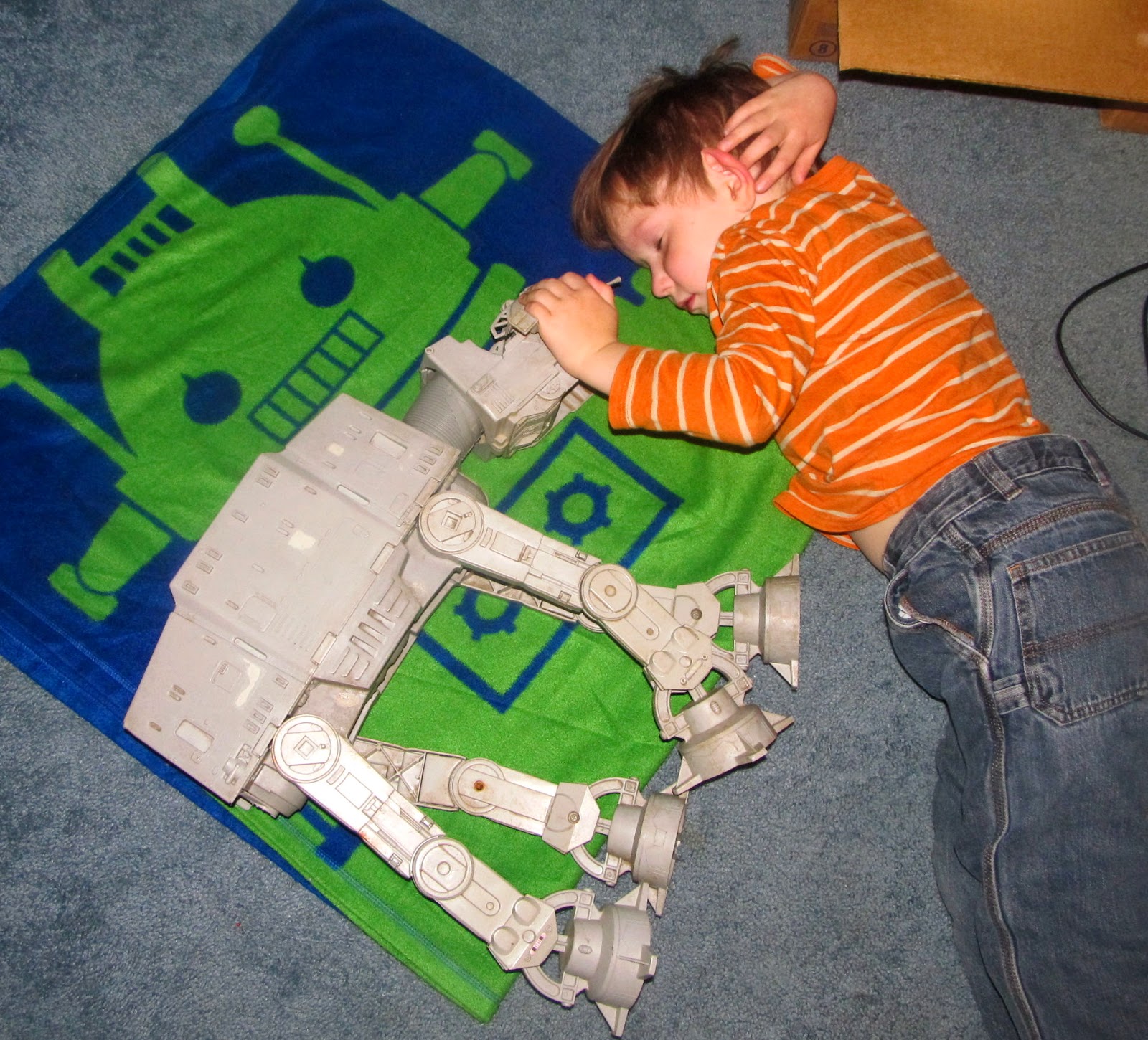 They were seriously tuckered out. 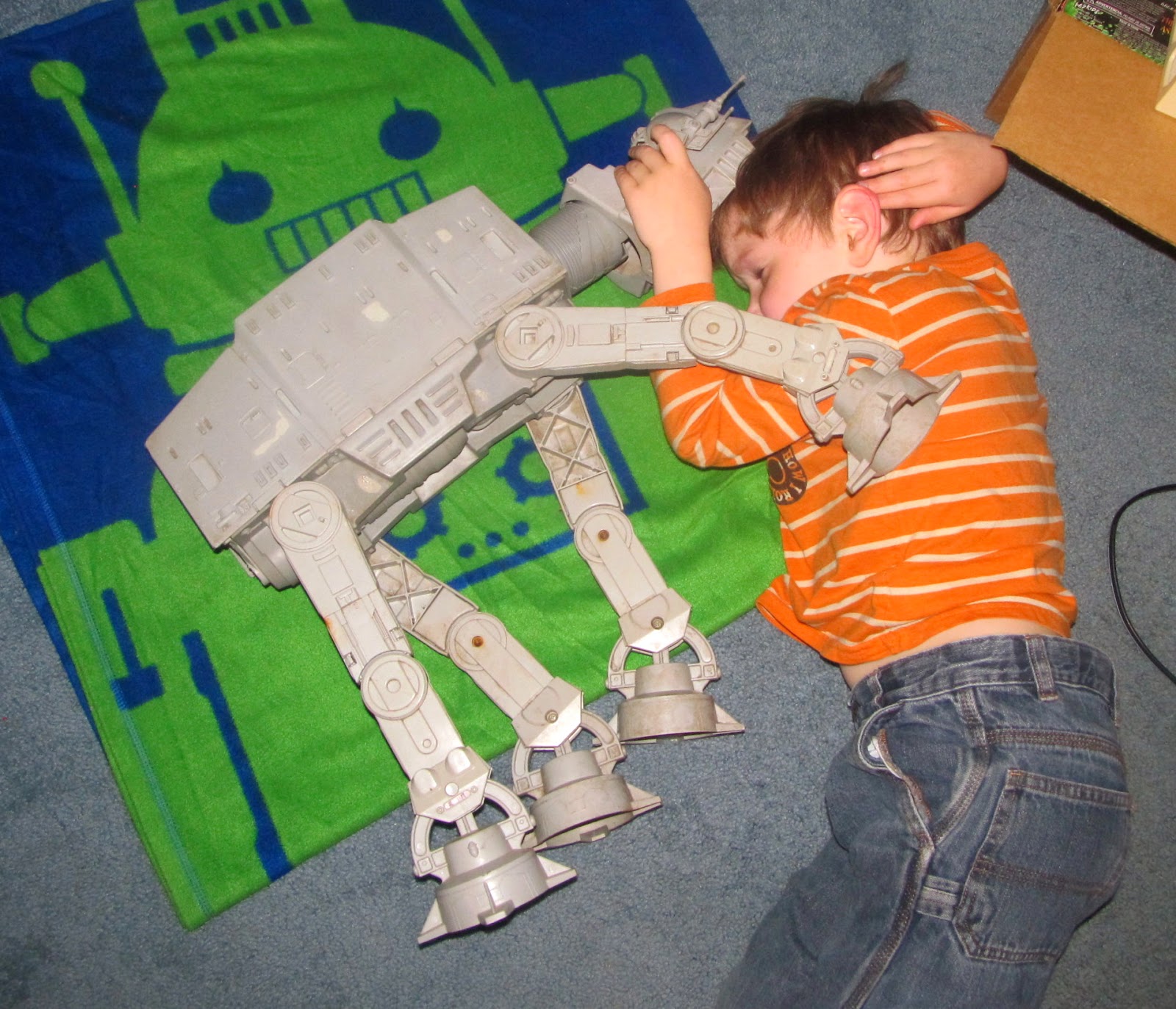 I've got a lot to think about. If we're going to keep this thing around, we're going to have to put some serious work in, let me tell you. First of all, as I mentioned, he's filthy. He stinks. My son didn't seem to mind, but he's going to need a serious bath for any long-term conditions. Probably need a visit to the vet... or the mechanic maybe.

Email ThisBlogThis!Share to TwitterShare to FacebookShare to Pinterest
Labels: 80's Nostalgia, My Pet AT-AT, Old toys, Star Wars, Stuff that comes out of the woods out back of my house