My Trip to the Belfast ME Goodwill, Memorial Day Weekend

So over the Memorial Day Weekend, my family and I took a trip out to Belfast, ME. This is where one of my favorite Goodwills in all of Maine resides.

I'll be honest, this wasn't my most productive visit to the Belfast Goodwill, and considering the length of the trip out there, that was a bit of a disappointment. I didn't find any toys that really got me all that excited, but I did find a couple of game items that were pretty fun... and the rest of my finds were mostly book related. (It occurs to me now that this was not the most compelling way to sell this post and keep you reading on the edge of your seat. But... let's take a look anyway. 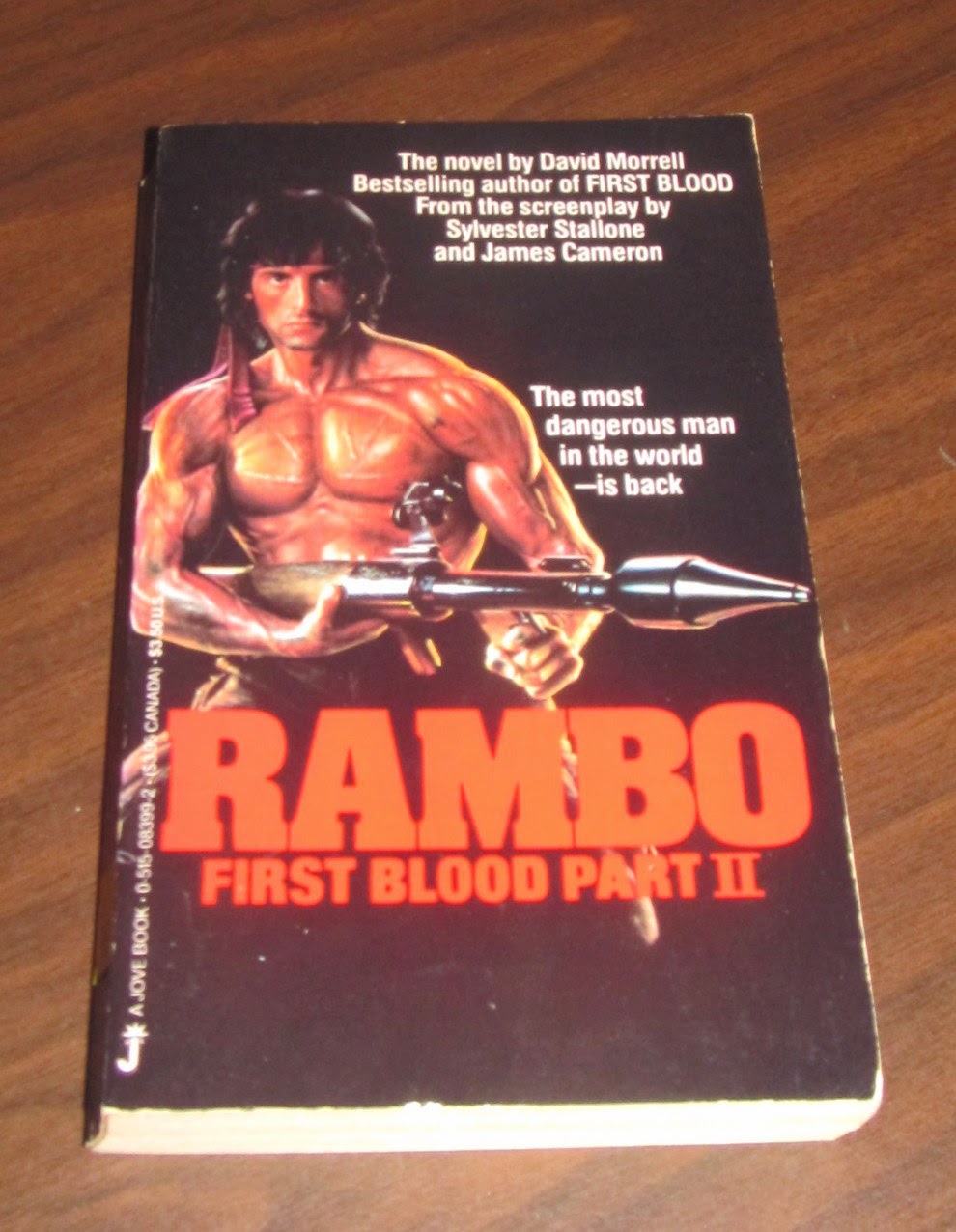 I found this adaptation of RAMBO First Blood Part II for .99 cents... which to be honest, I'm questioning why I even brought it home. I think I just get excited any time I find movie adaptations nowadays... and this felt like it shouldn't be left behind. I've never seen a Rambo film in my life... nor am I really interested in seeing one. But here we are. 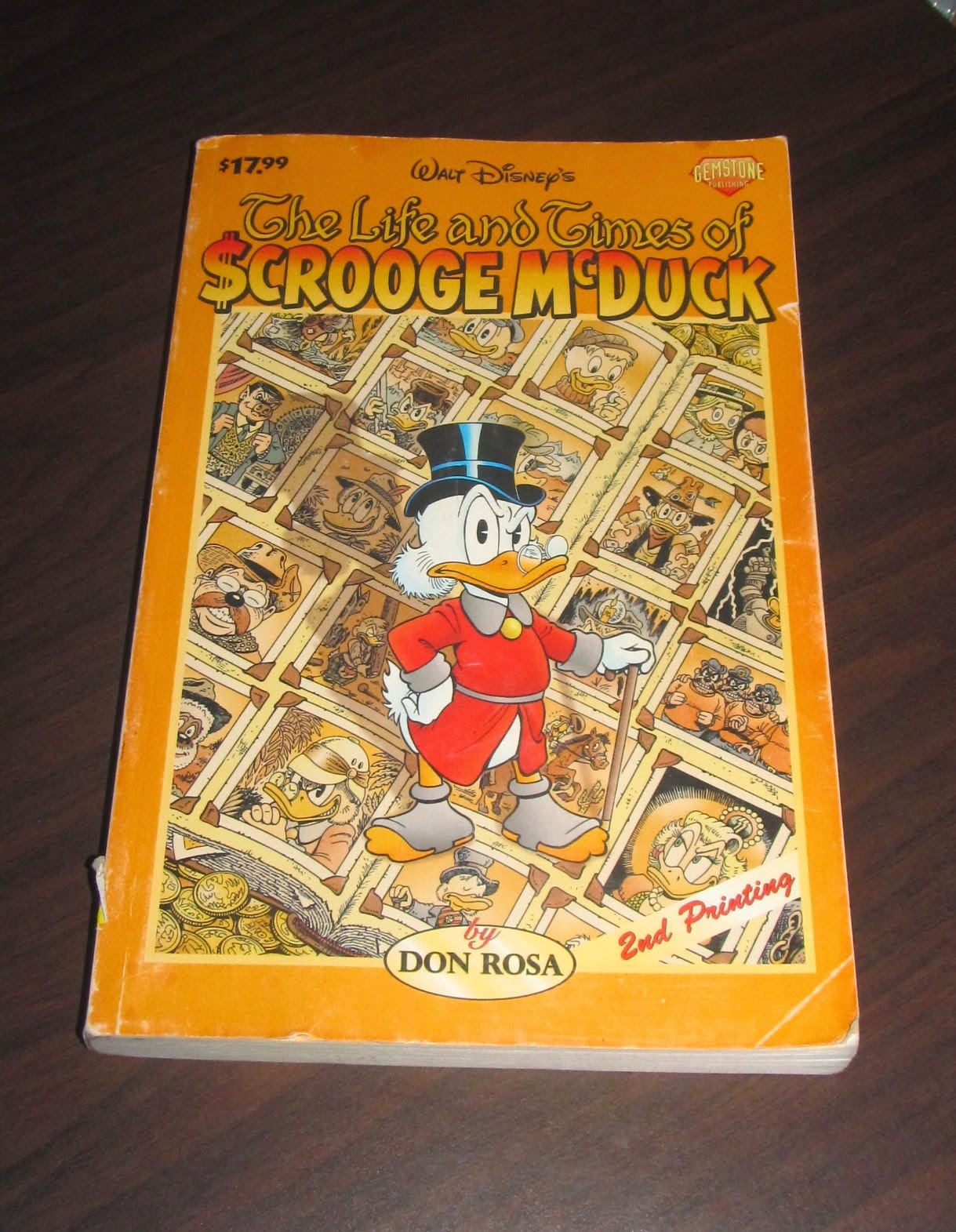 I was completely surprised when I pulled this "Life and Times of Scrooge McDuck" off the shelf... and ecstatic! I've always wanted to break into the old-school Disney comics stories that the Duck Tales series were drawn from, and I hear that this volume is not only an excellent entry point... but an excellent book in and of itself. I paid 1.99 for this collected edition from Gemstone! 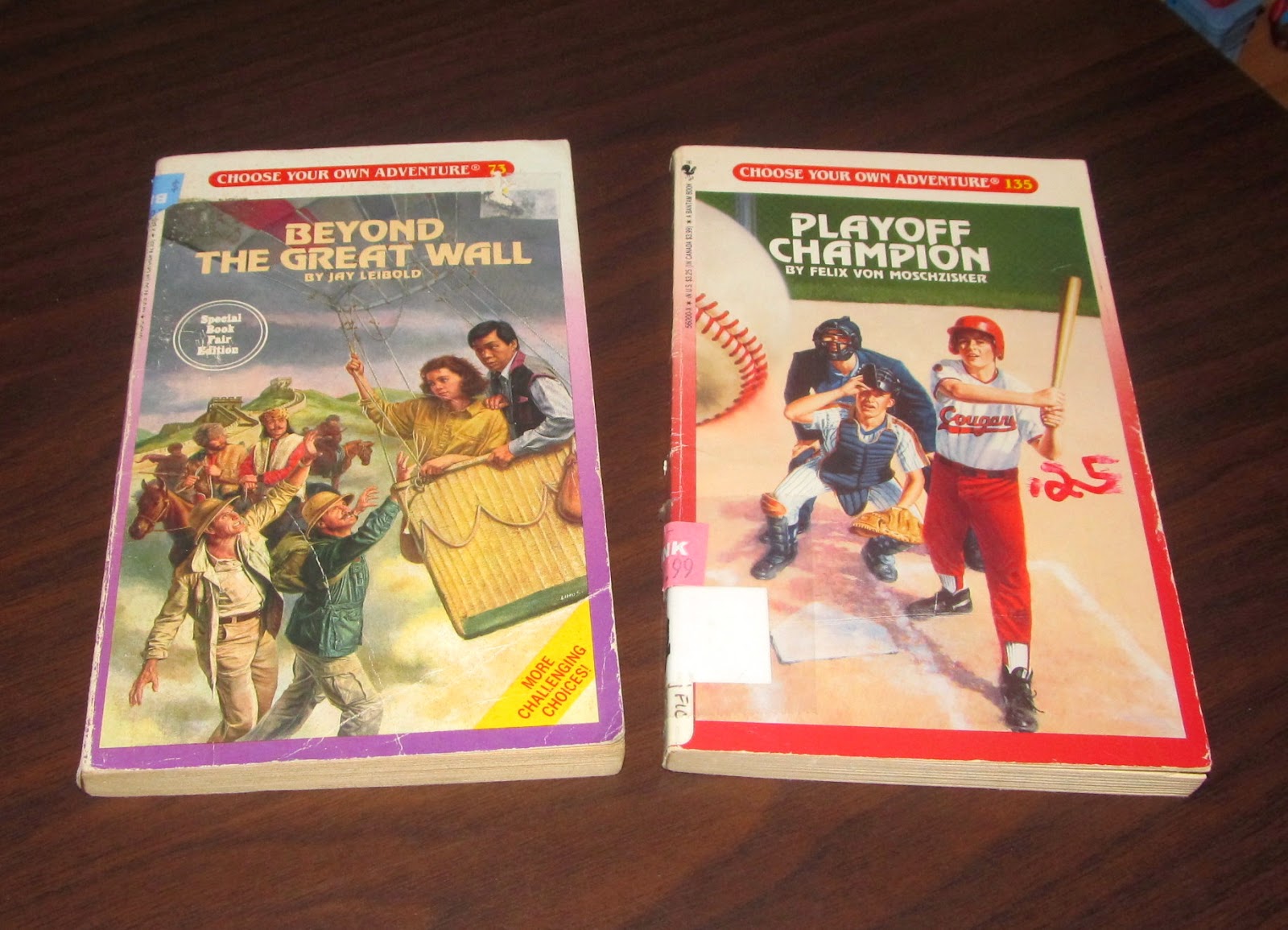 A couple of great Choose Your Own adventure books! I seriously doubt I'll read through Playoff Champion... but I'm a collector so you know... gotta have! Heh... heh. But Beyond the Great Wall? I'll give that one a test-drive for sure! 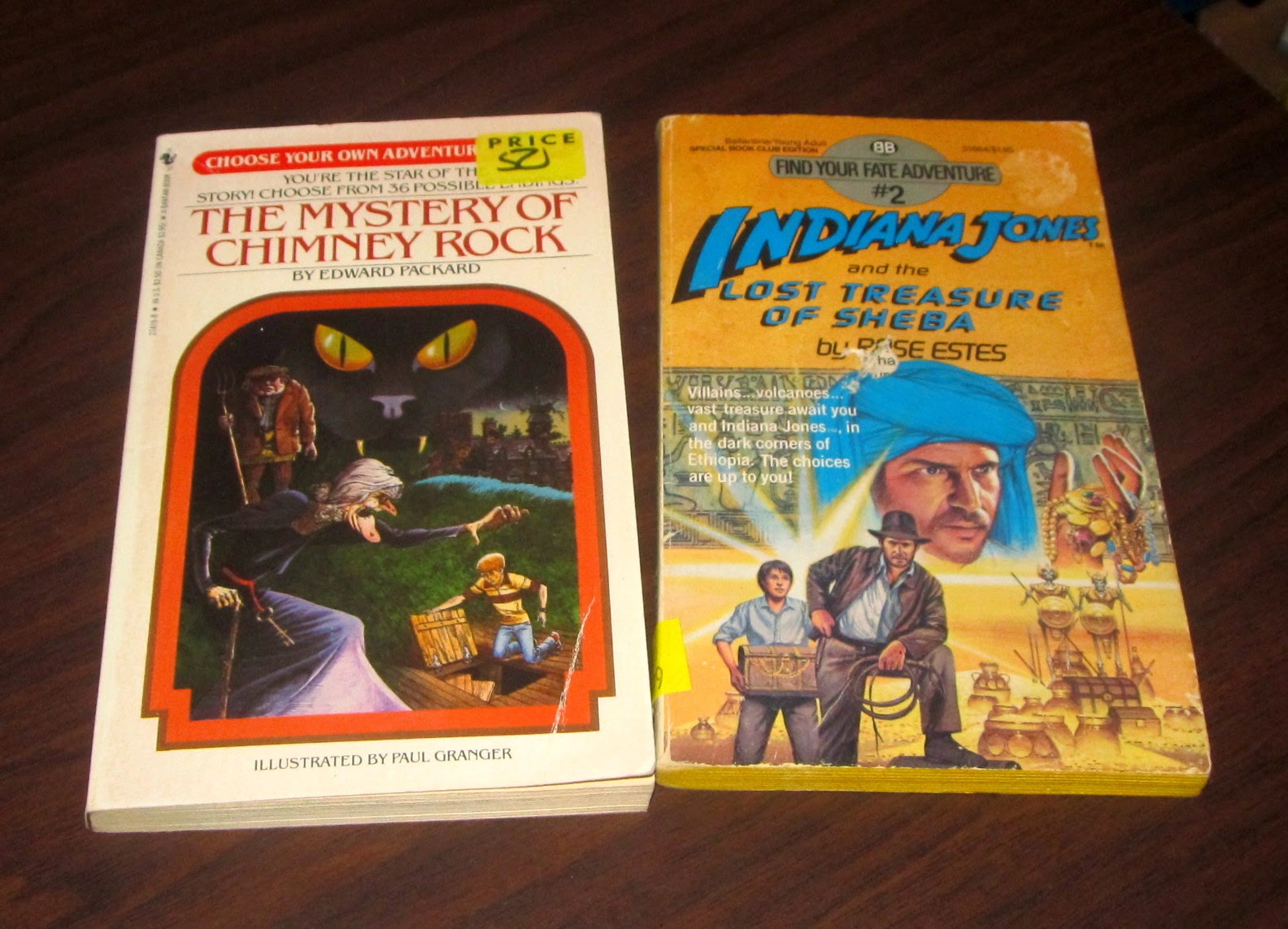 More CYOA! This time the Mystery of Chimney Rock, which looks excellent, and old-school... and a "Find Your Fate Adventure" starring none other than Indiana Jones in the Lost Treasure of Sheba. Indy in a CYOA (style) book!!! I'm on a roll with the licensed gaming books baby! Especially since I found that Star Trek Which Way book last Payday Friday! 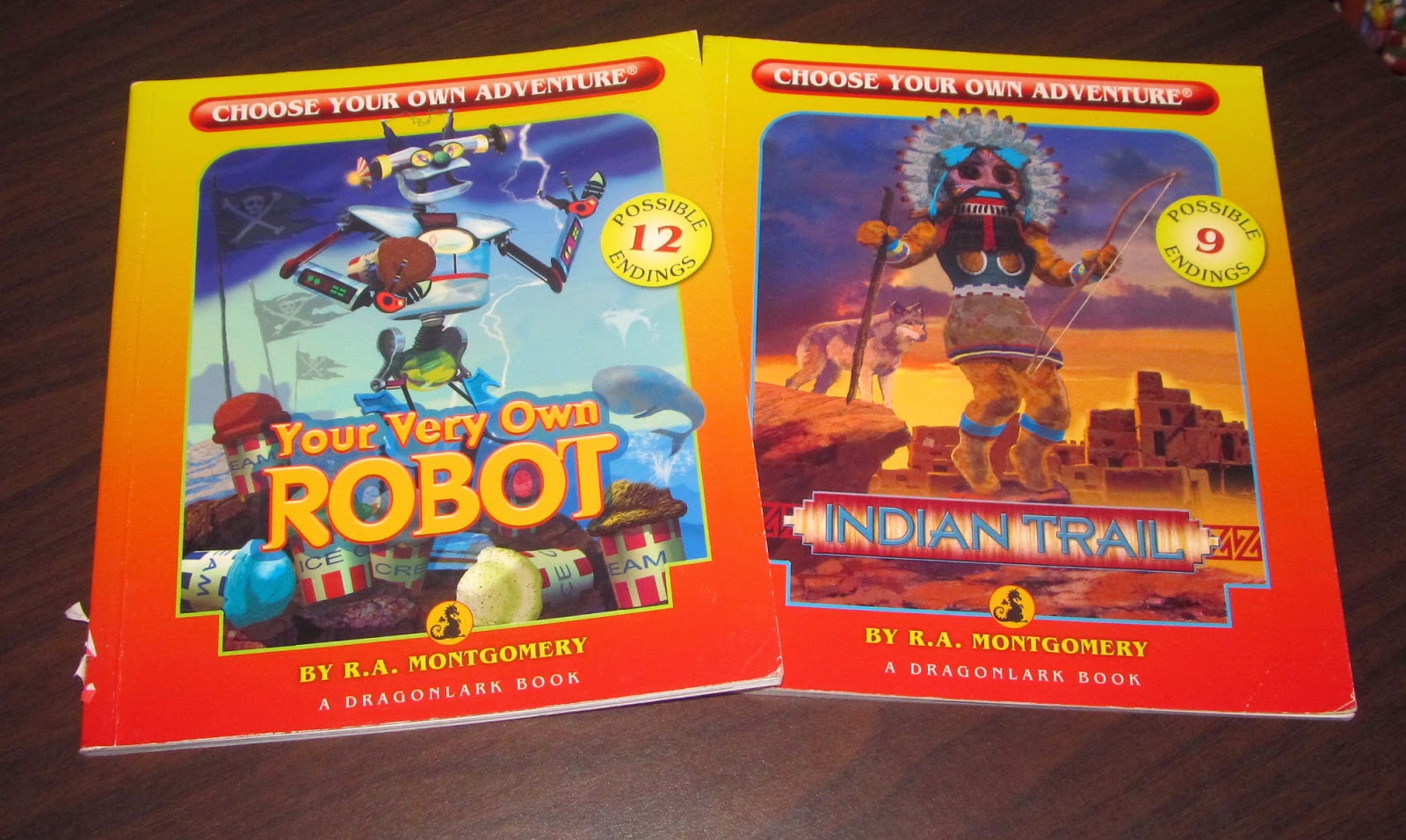 And closing out the CYOA craziness are these two "Dragonlark" Choose Your Own Adventure Books, Your Very Own Robot, and Indian Trail which are much more recent books and contain full-color illustrations. At first I was going to turn my nose up at these Dragonlark books, but I've actually found them to be pretty fun. All of my CYOA finds were .99 cents apiece. 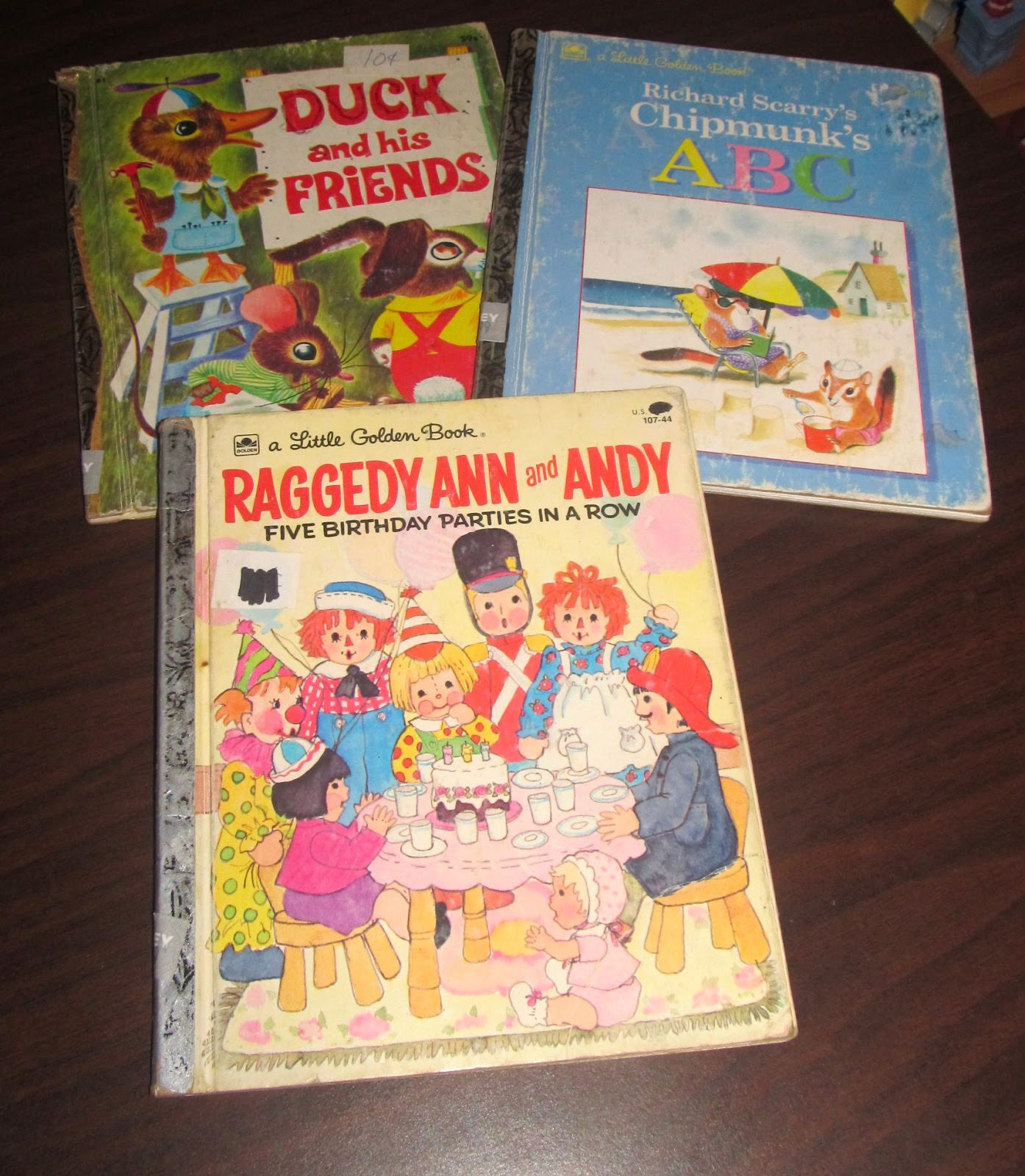 Also .99 cents apiece were these three Little Golden Books. A couple of Richard Scarry classics in Duck and His Friends and Chipmunk's ABC. I was kind of a sucker for Raggedy Ann and Andy as a kid so I also snapped up this copy of Five Birthdays in a Row. Blame it on the nostalgia, blame it on obsession, or even blame it on the shiny spines I guess... but my LGB collection just keeps growing and growing. 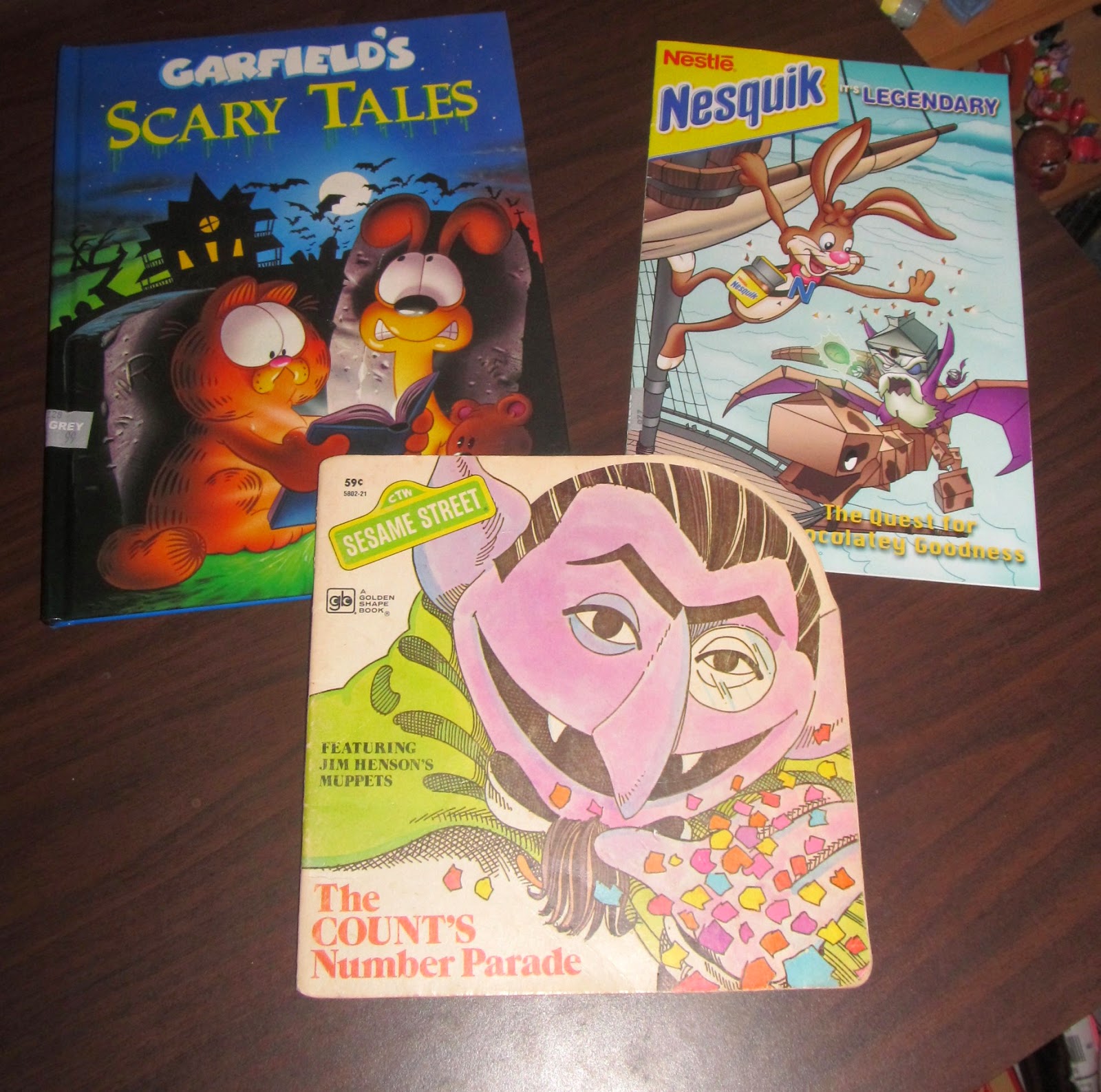 Random assortment of other things here, the most exciting for me being The Count's Number Parade which is yet another old Sesame Street book I didn't already own. The Nestle Nesquik "It's Legendary" comic was put out by DC and was apparently a free giveaway at Wal-Mart in 2012. It's a truly bizarre little story involving an airship driven by anthropomorphic milk cartons and the Quik Bunny. They get attacked by sour milk air pirates. Garfield's Scary Tales is a book I may already own in paperback, but I couldn't pass up a hardcover copy of it either way. 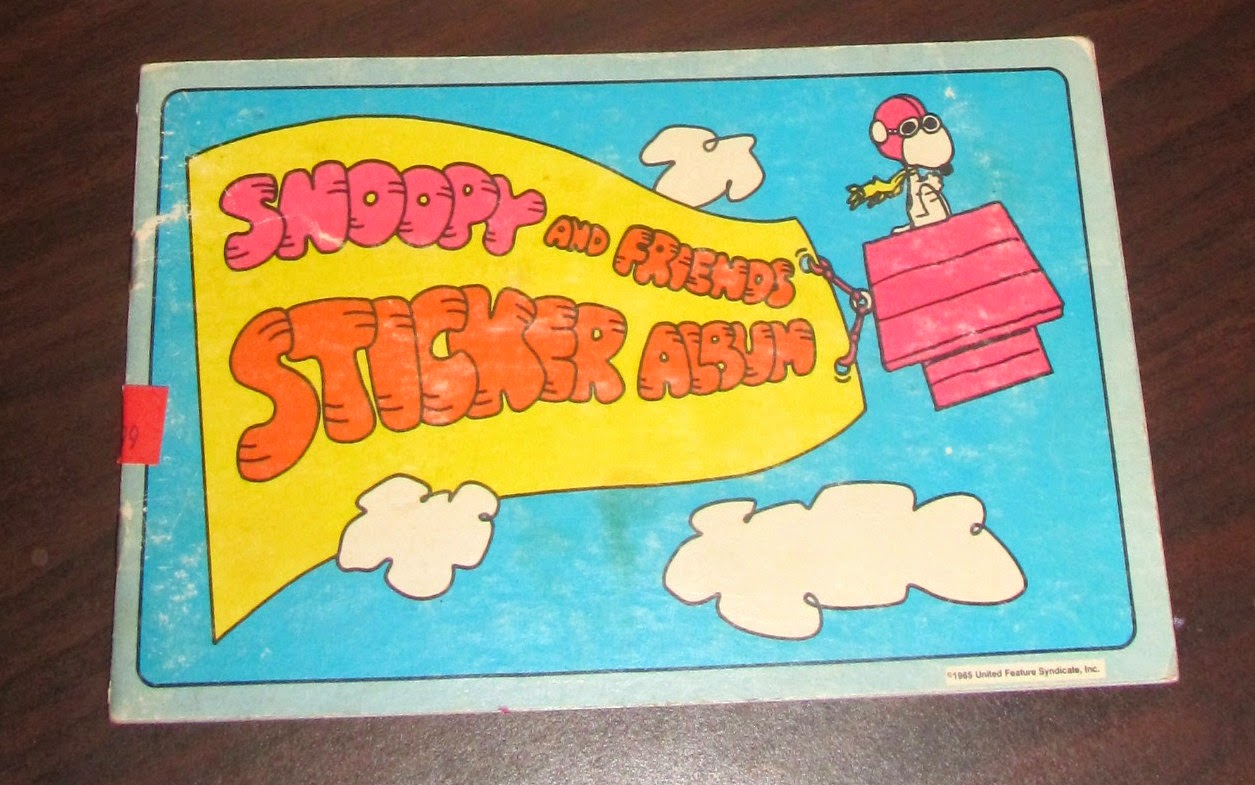 I can't figure out exactly how old this Snoopy and Friends Sticker Album is... because all of the trademark info inside it is from the 60's. But my guess is that its actually from the 80's? Not sure. Either way, I've done some soul-searching recently and I've discovered something: I'm really not a Snoopy fan. Not a Peanuts fan in general. Nope. They just don't do it for me. I know that's the nearest to sacrilege a geek can get... But they just don't do it for me. "Why did you buy this thing then?" You may ask... and I will tell you I may not be a fan of Charlie Brown and co... But I AM a sticker album fan. I miss these things! I can't find anything like these out in stores anymore! I used to have about a half-dozen of them as a kid. I'd love to have a couple for my boys to keep stickers in. They must be out there somewhere, right? Specialty shops, or craft stores, or educational toy stores or some other nonsense... I'll keep my eyes peeled. One of my absolute FAVORITE finds of this trip: Max Headroom: 20 Minutes Into the Future which is a sort of storybook/novelization of the TV movie of the same name that kicked off the old TV series starring the Titular Max Headroom. I was a big fan of Max when I was a kid. LOVED him. I was much more aware of him as an advertising mascot than as a sci-fi A.I. character... but that was enough for me. This was one of the few finds I made at the Belfast Goodwill where I gasped a little when I picked it up. 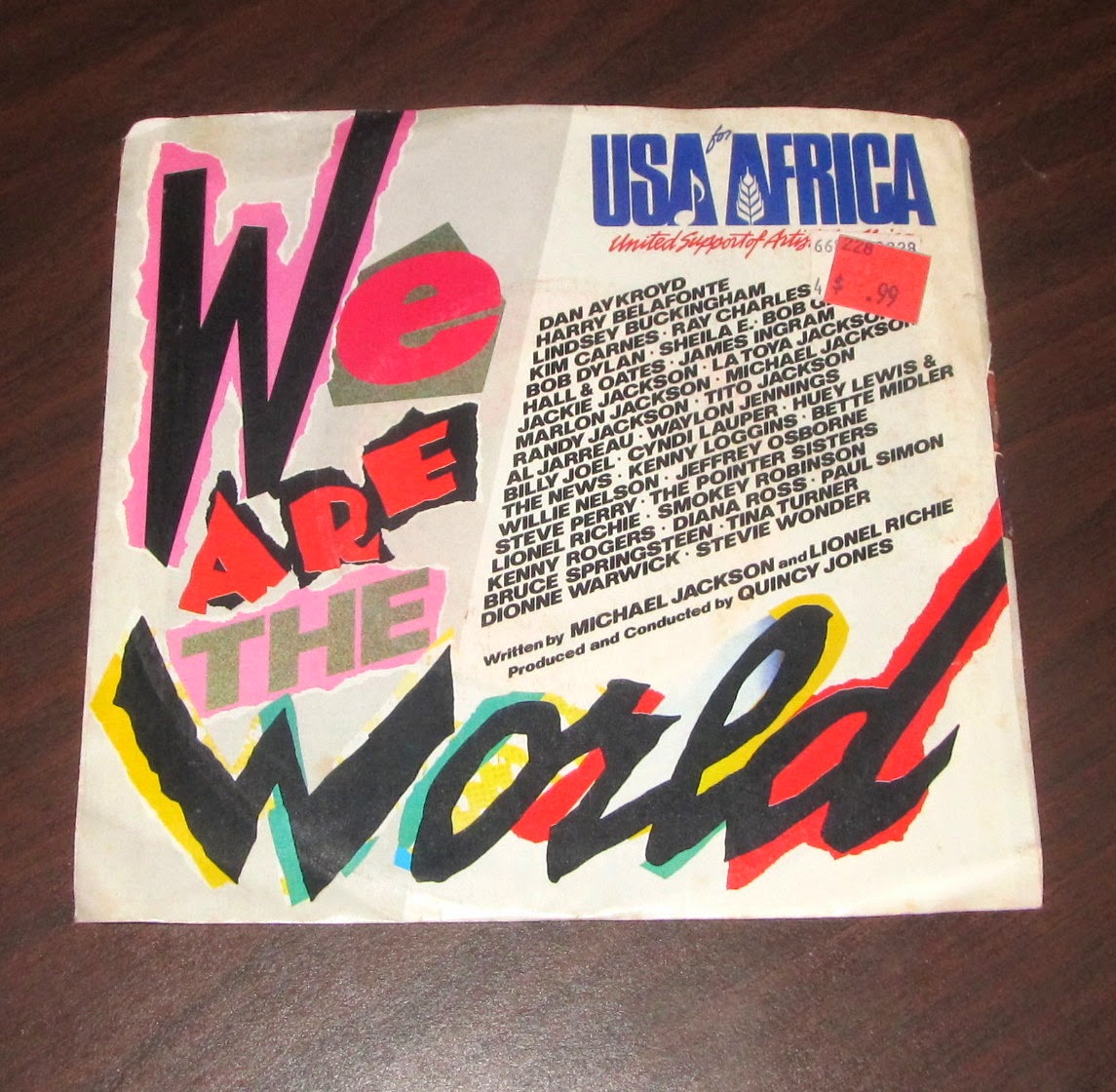 Next up we have this USA for Africa "We Are The World" 45. 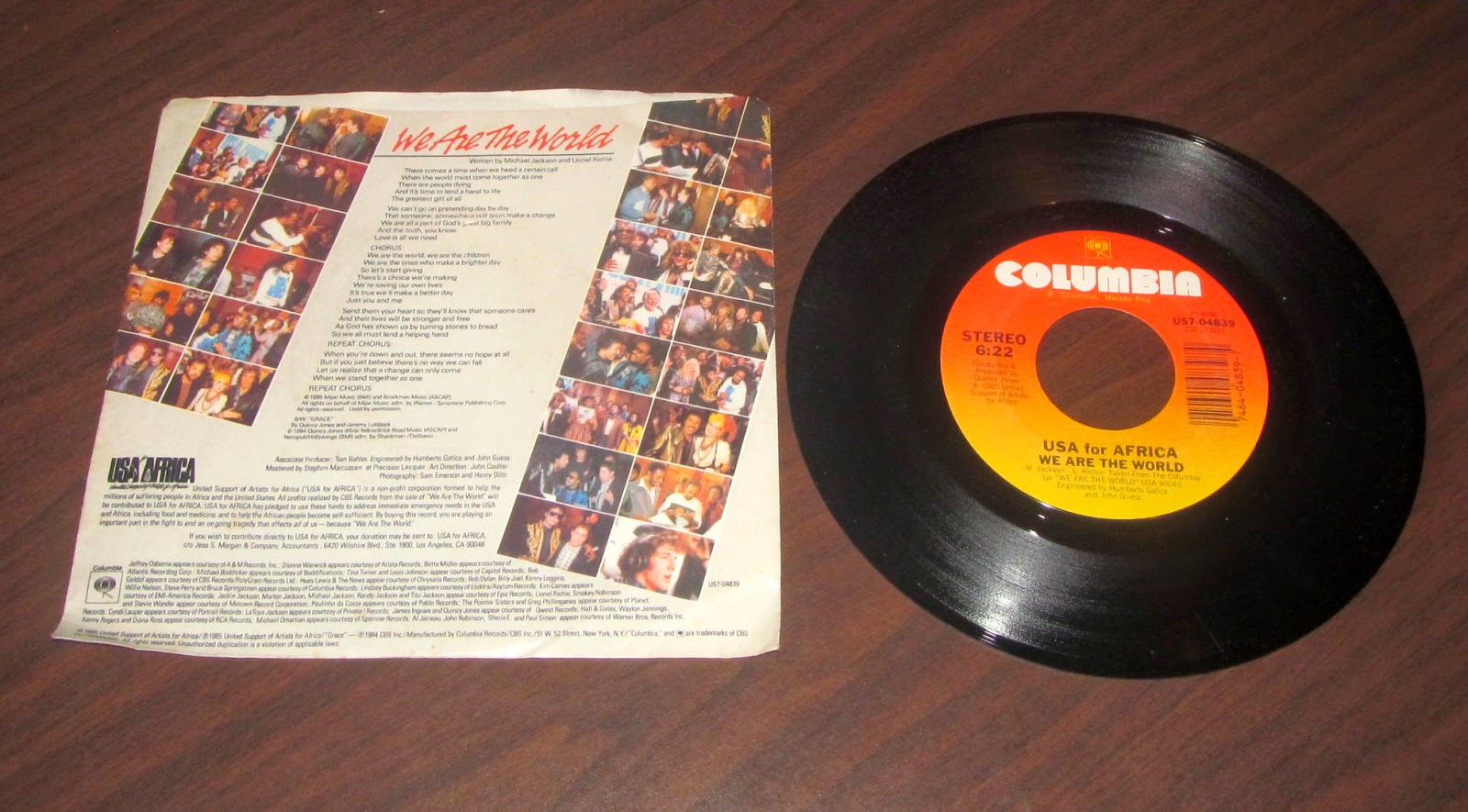 This single came out in 1985 and I remember hearing it A LOT. It brings me crashing back into my childhood in a big way. For those of you who may not know what the deal with this is... it was this incredible collaboration between a WHOLE LOT of artists including Bob Dylan, Bruce Springsteen, Cyndi Lauper, Tina Turner, and most of the Jackson family, just to name a handful. Even actor Dan Aykroyd pitched in and sang. It was all in an effort to raise money for African famine relief. It was most notable though for being a crossover of talent so huge that it has since only been rivalled by the Cartoon All-Stars to the Rescue anti-drugs special. Yeah. It's that big. 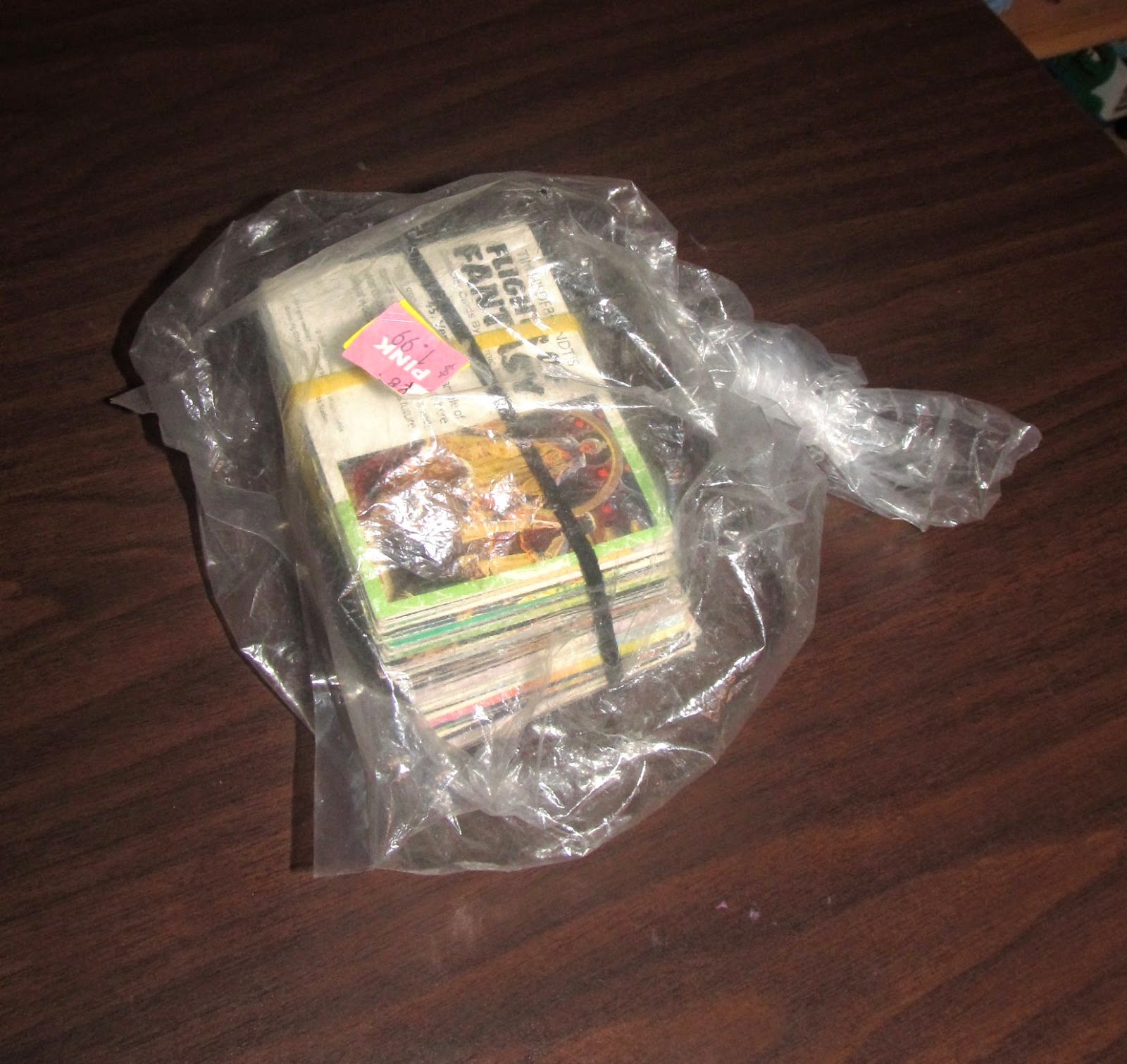 I almost left this package of Hildebrandt Brothers art collectors cards behind. But I honestly really like these cards, and I had a bunch of them back in the 90's when they were originally released. Plus anything with a pink tag on it was half off! So I got these for .99 cents. 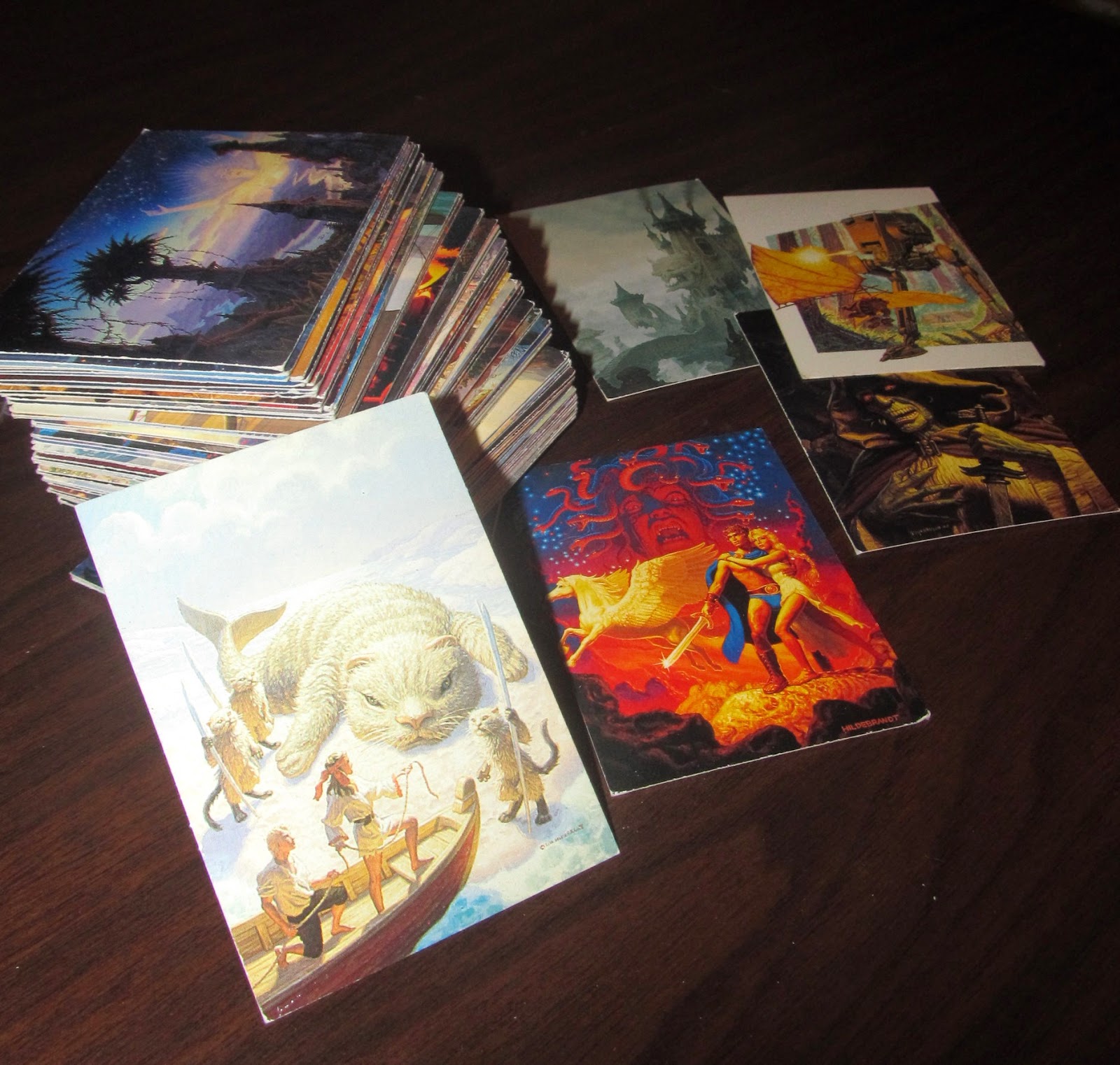 I wasn't disappointed! There's a lot of really fun art featured in these sets. There are a couple of different serieses mixed together in this pile but they're all from the Hildebrants. Really love the giant cat-whale thing in the front-most card there. Also pictured are some Star Wars, Ravenloft, and Greek Mythology artwork. 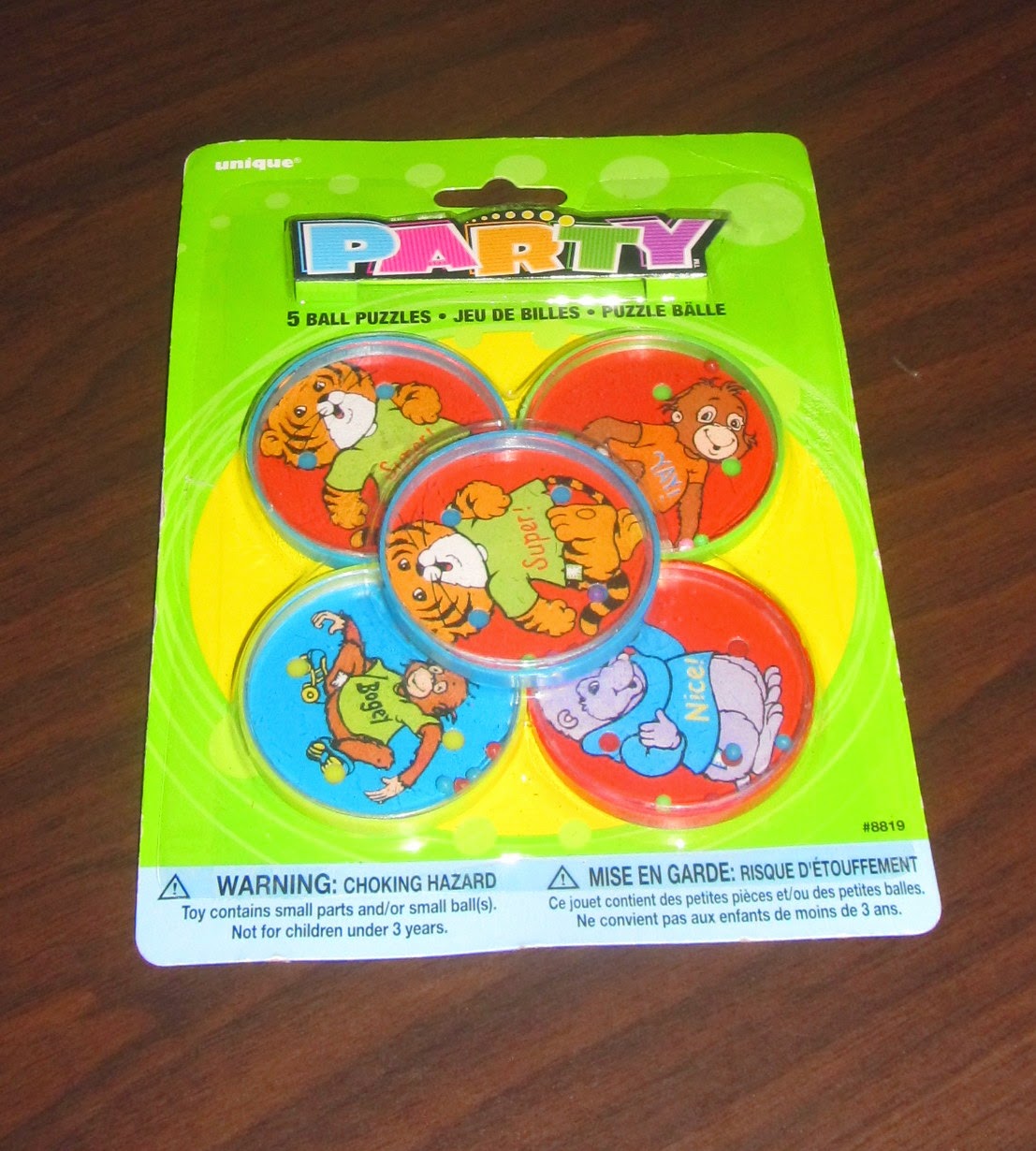 My son actually discovered these Shirttails ball-in-the-hole puzzle/game things in the package. I have no idea if these are actually vintage or not, (the packaging seems to sort of indicate not...) but since they feature an assortment of characters from a show I really enjoyed as a kid... it didn't matter to me one bit either way. Which leads to to the final and most exciting find of the day... this "board" game: 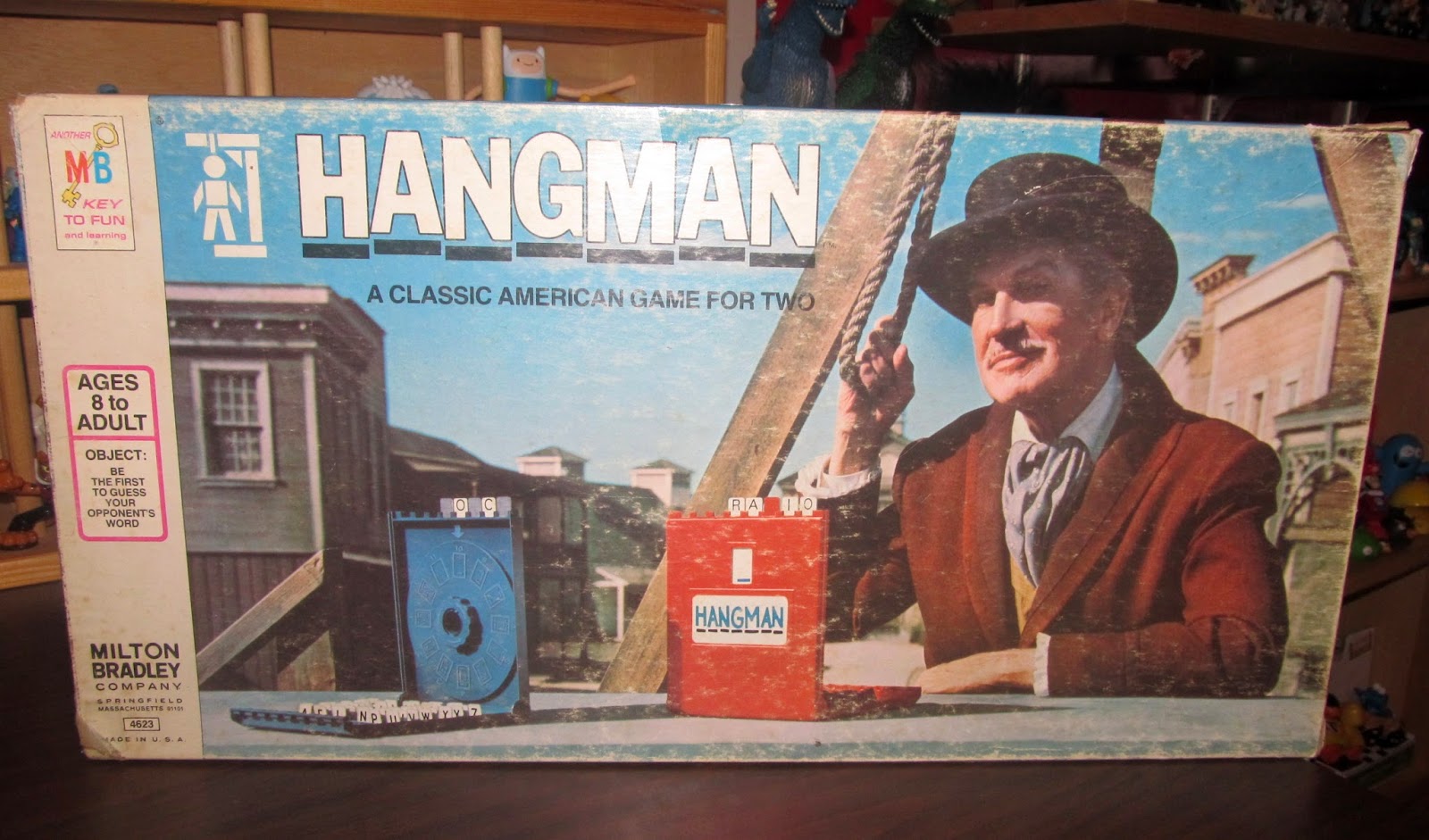 Hangman from Milton Bradley, circa 1976! And look who graces the cover of the box with his spooky presence! Vincent Price!!! I have literally not even untaped the cover of the box to check the contents. That is how much I love this box art. I would have bought the box empty. There's a commercial on youtube starring Mr. Price himself, that is embedding disabled... but you should check it out here. 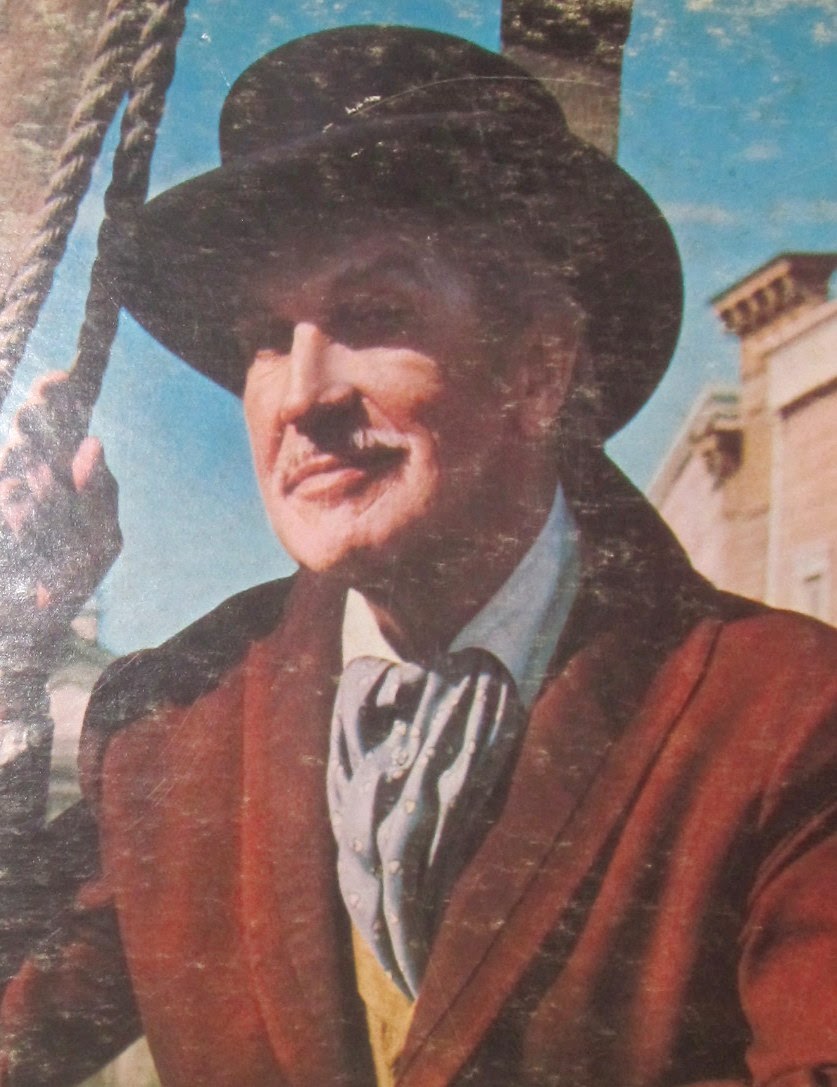 Look at this sinisterly smarmy man. Look deep into those confidently creepy eyes. He wants to see you dancing on air... swaying in the breeze.

That's it for me tonight kids! I'll be back soon with more Geeky Goodwill Goodies! Until then, Happy Hunting!
Posted by Derek Ash at 5:49 PM