So several blogs later... And some fun stuff that came in the mail!

So should we just carry on as if the whole "Really Rather Random Guy" thing never happened? I think I will... for now. Instead, in other news, I've received some cool stuff in the mail! 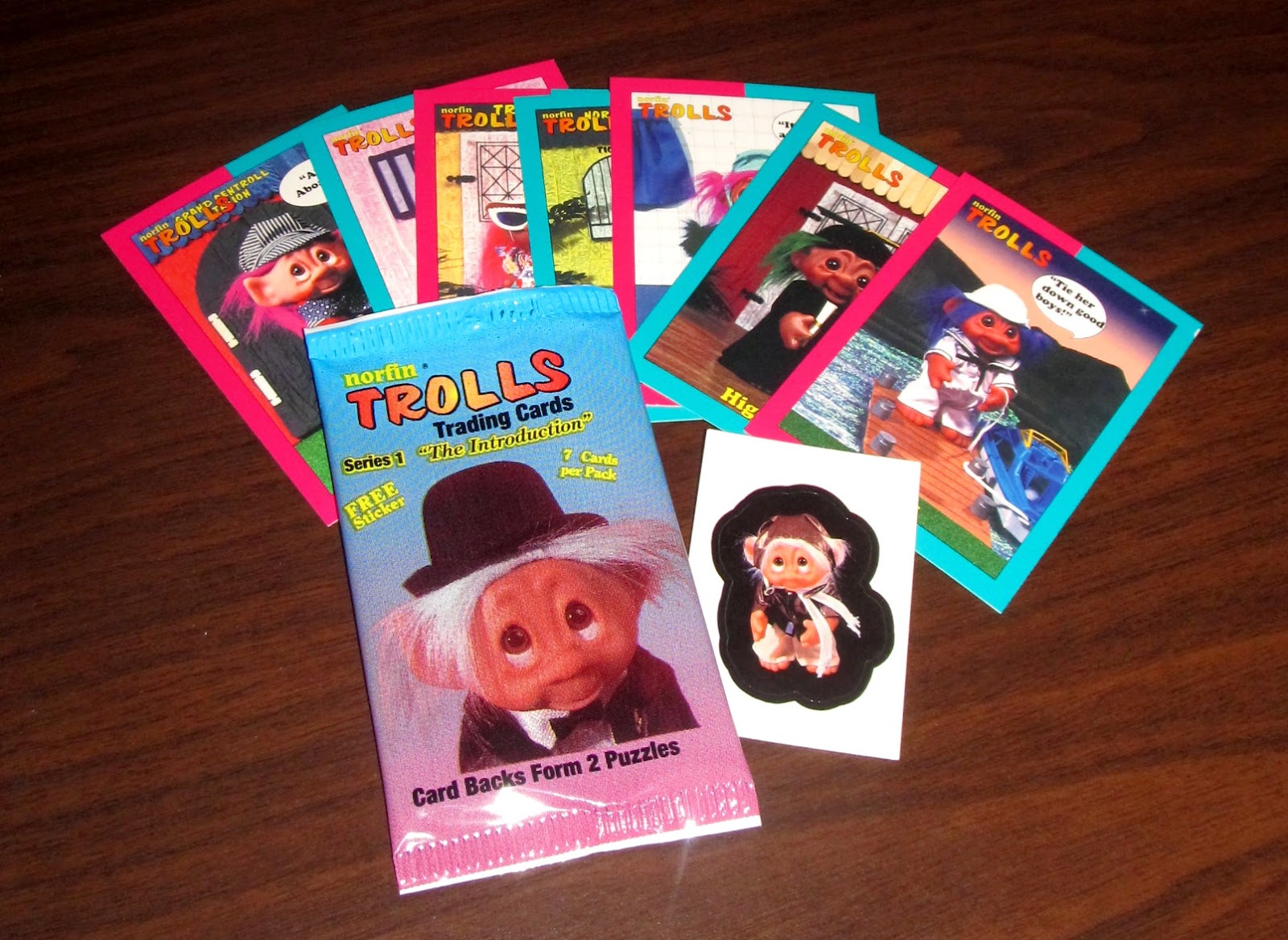 First up, my buddy Mason over at D.I. Treasures sent me an envelope out of the blue! It contained a pack of these incredibly random Troll trading cards... 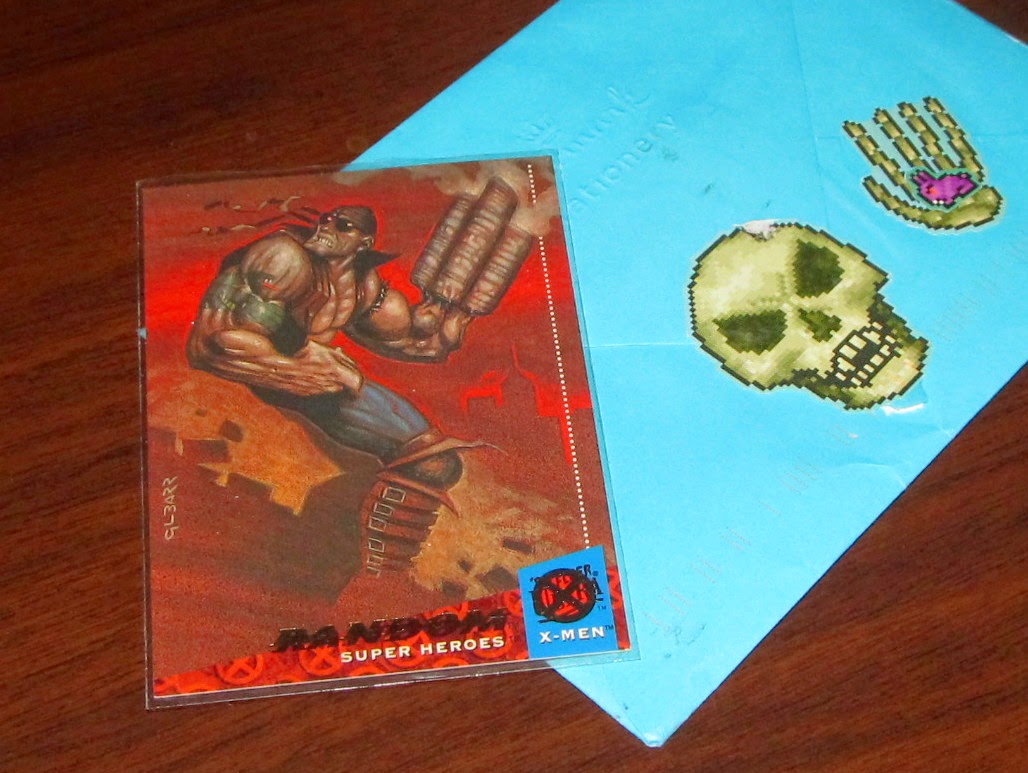 And this not-so-random Random trading card! (Of course this is a reference to my Really Rather Random Guy blog... of which I am not speaking at the moment...) and I have placed this bad-boy in a place of reverence within the cave!!! Thank you Mason! I have a package with not a small amount of LEGOs inside it, ready to blast off your way someday (hopefully) soon! 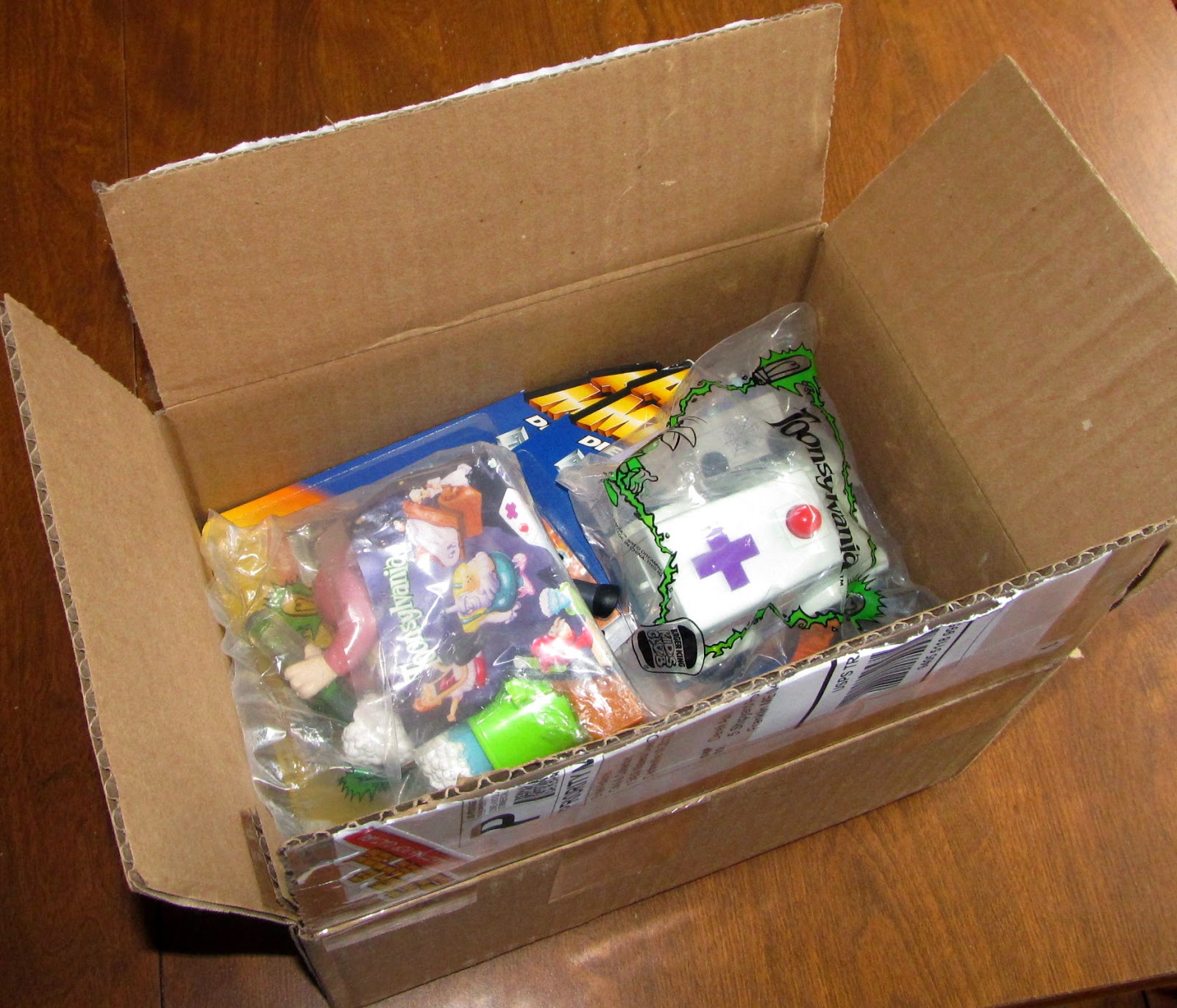 Next up, a package arrived! I recently set up a trade with Brian over at Cool and Collected, and it went from being a small trade to being something far more magical and amazing. Above is a picture of the box he sent me. There is STUFF IN THERE. 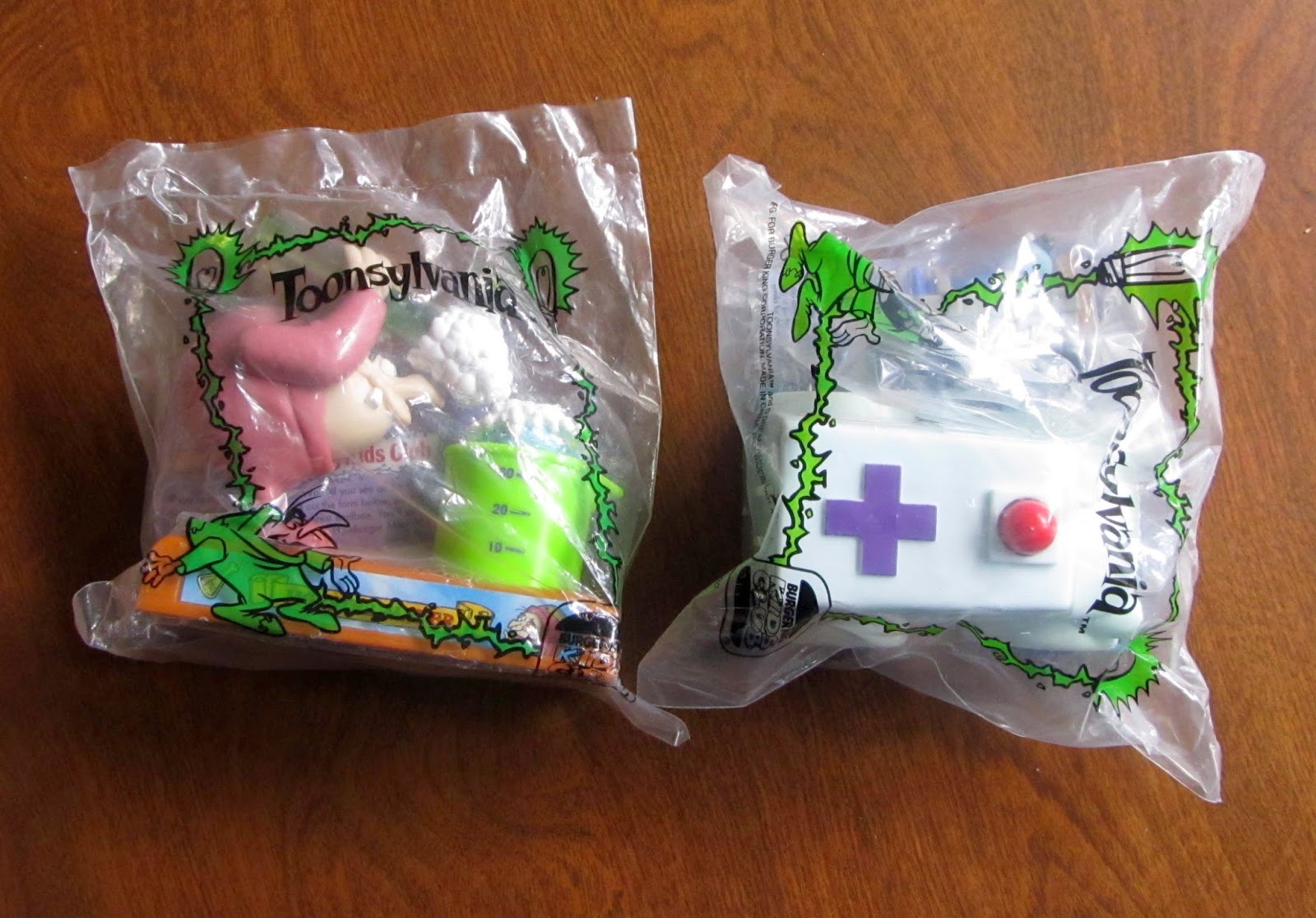 First couple of items are these Toonsylvania toys. I have never seen this show, and therefore I had no idea what these toys even were until I Googled them. Monster themed cartoon characters in the vein of Addams family meets Animaniacs? I'm there, dude. 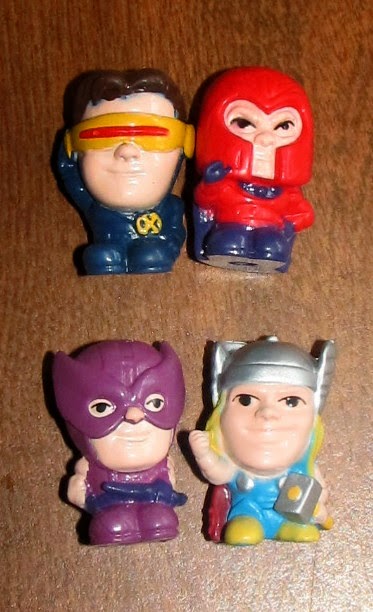 These guys appear to be giant-sized Marvel Squinkies. Cyclops, Magneto, Hawkeye, and Thor. These look pretty great up on my Marvel shelf! 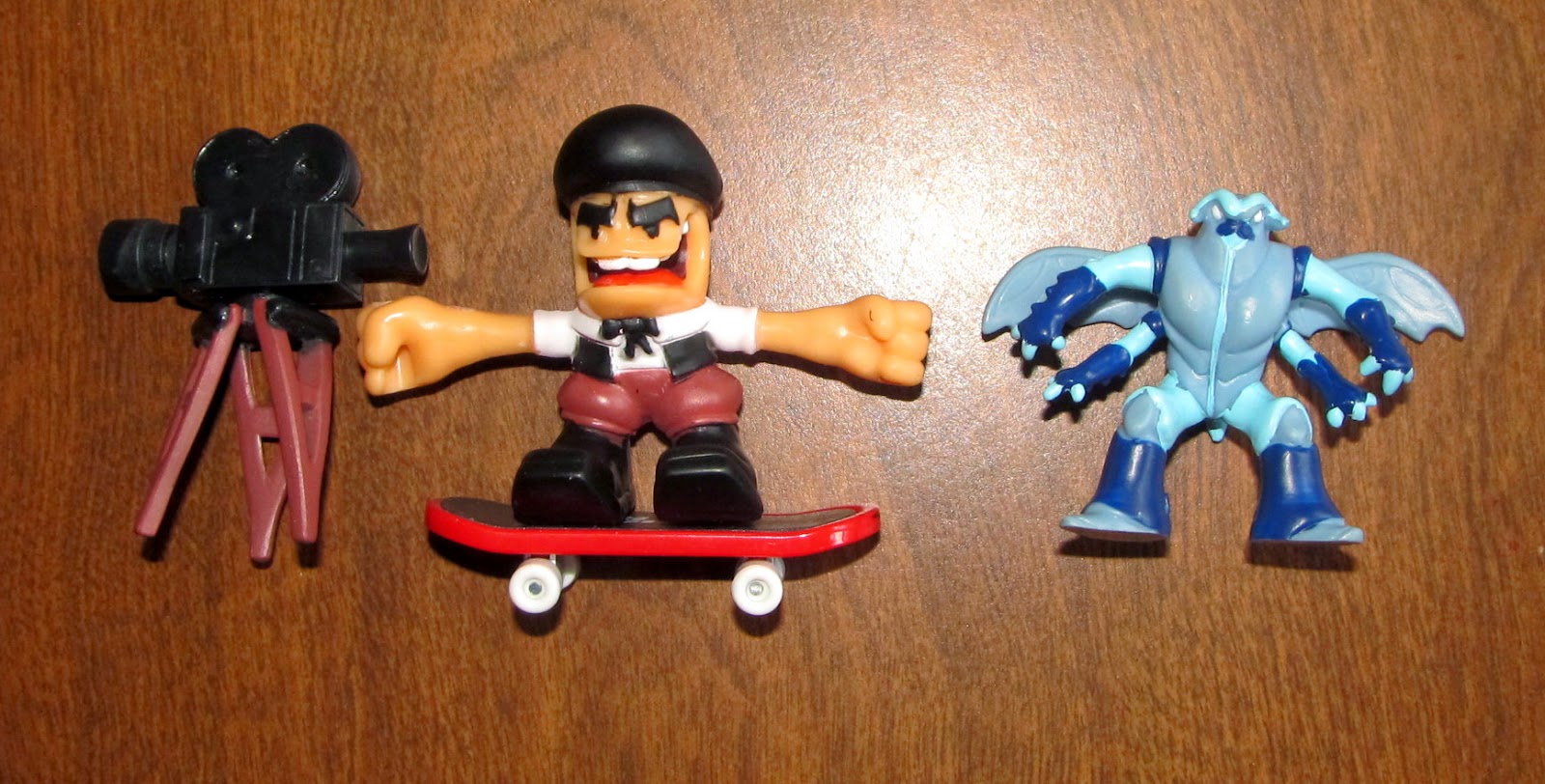 Next up is this Tech Deck film director guy with his camera... and a Mindswallower the Mystic Gormiti figure, who is one of the moth-themed characters... WHICH I LOVE. This is literally one of the only two Gormiti figures I now own, and they are BOTH MOTH THEMED.

Here we have a couple of Character Building mini-figs and the guy in the middle is... I don't know what. A LEGO compatible brand of some sort. 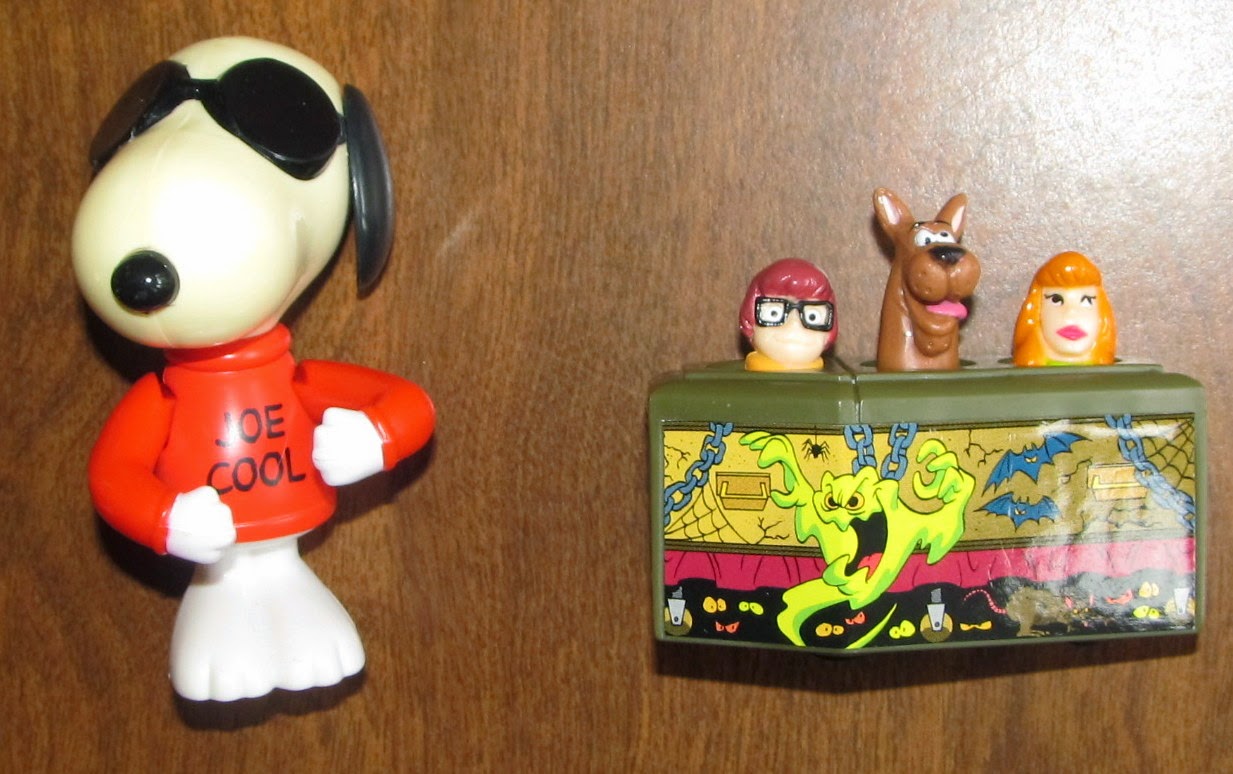 Up next we have some famous canines! Joe Cool Snoopy and a Burger King Kid's Club Scooby-Doo toy that I've been eye-balling on eBay for years now. I love it! 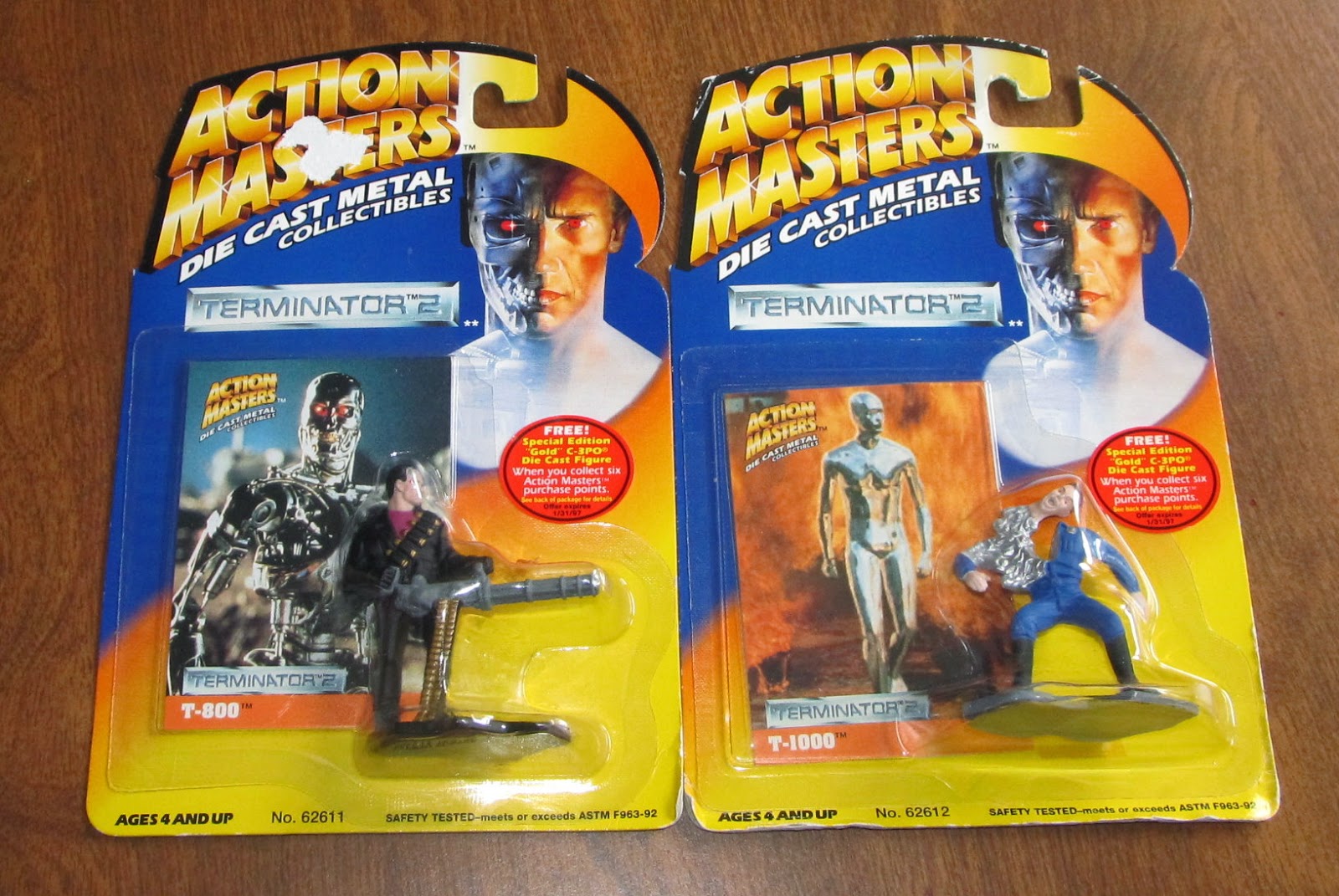 A couple of my favorite items in the box were these diecast "Action Masters" Terminator 2 toys! These went right from being photographed to a place of pride up on the cave wall. Love T2 and these little guys look great! 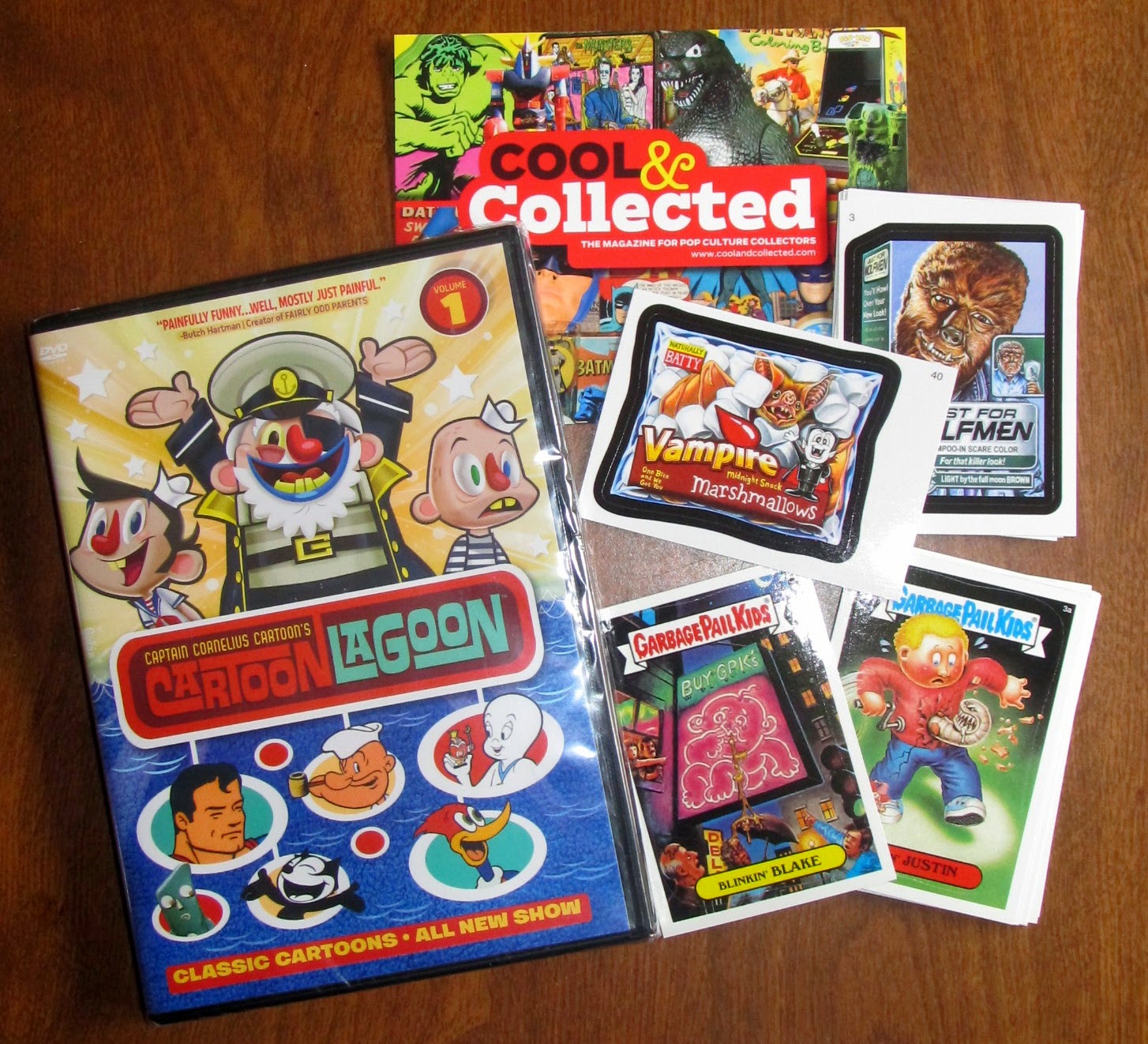 There was also a cool assortment of Garbage Pail Kids, Wacky Packages, and a Cartoon Lagoon DVD to check out! All in all, the package was full of absolute joy and wonder! I can't thank Brian over at Cool & Collected enough for his generosity, and I can only hope that the box full of goodies I have set aside for him does it justice! And to think that this was all started by these two little guys: 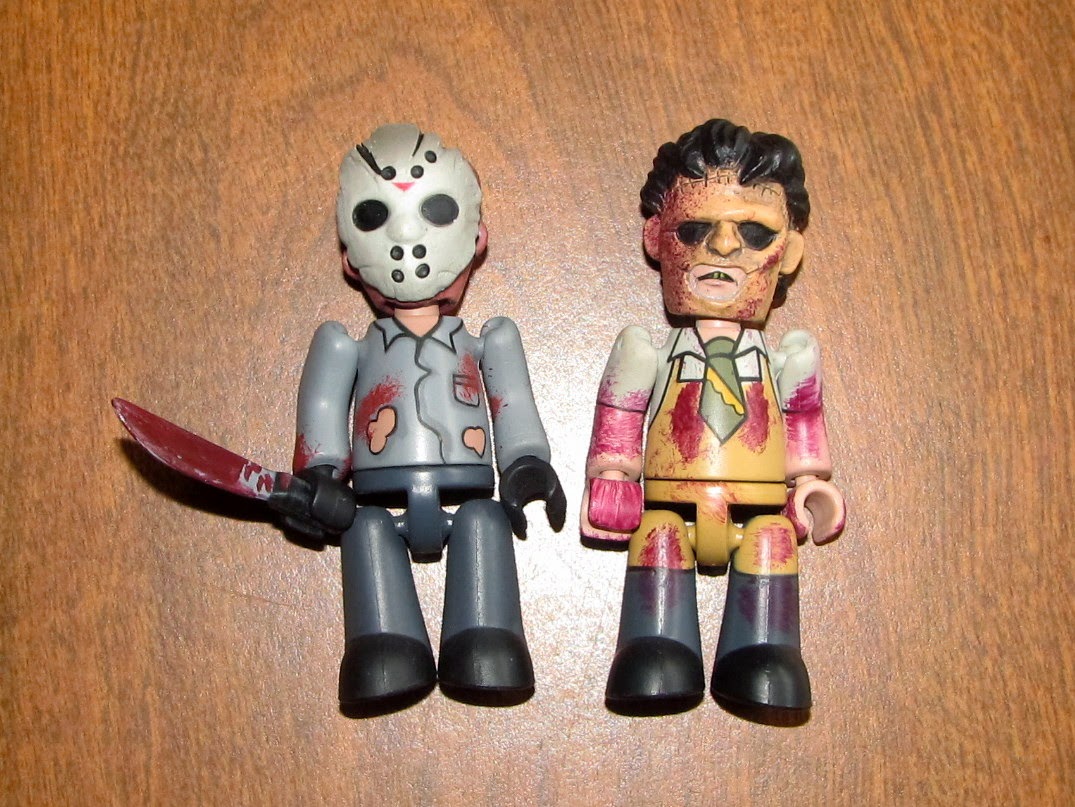 I originally contacted Brian to trade some funky rubber monster figures I had for these Horror Icon Mez-Itz he had picked up recently. And the ball just got rolling... Love the look and feel of these guys, even Leatherface, who I'm not usually a fan of. 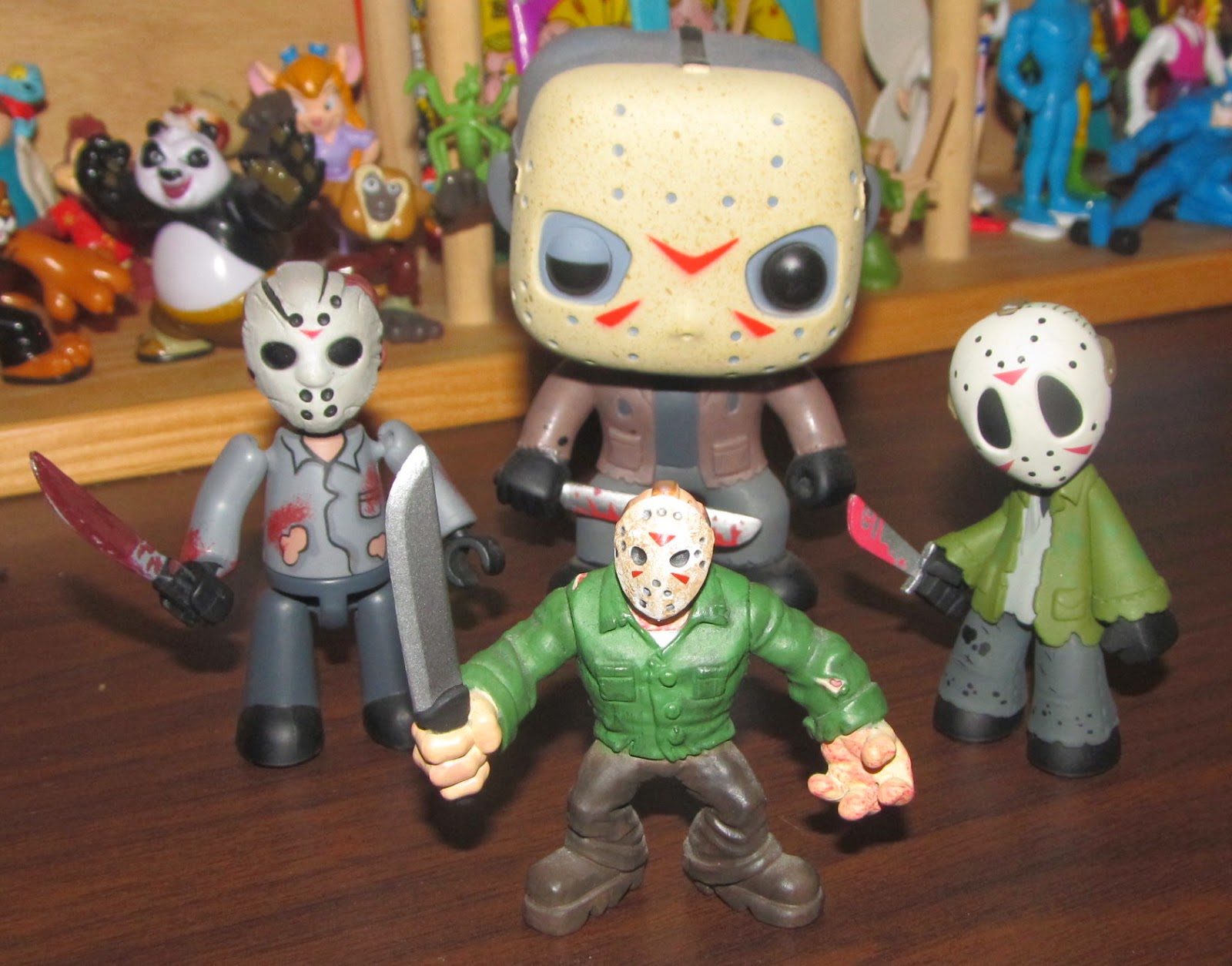 And here we now have a Barbershop Quartet of ADORABLE Jason Voorhees. Shave and a Haircut anyone?

That's it for tonight kids! I'll be back soon to feature some Geeky Goodwill Goodies or other Really Rather Random stuff... but until then, Happy Hunting!
Posted by Derek Ash at 8:06 PM